Found: The Only Wild Koala Population in Australia That Is STI-Free - Atlas Obscura 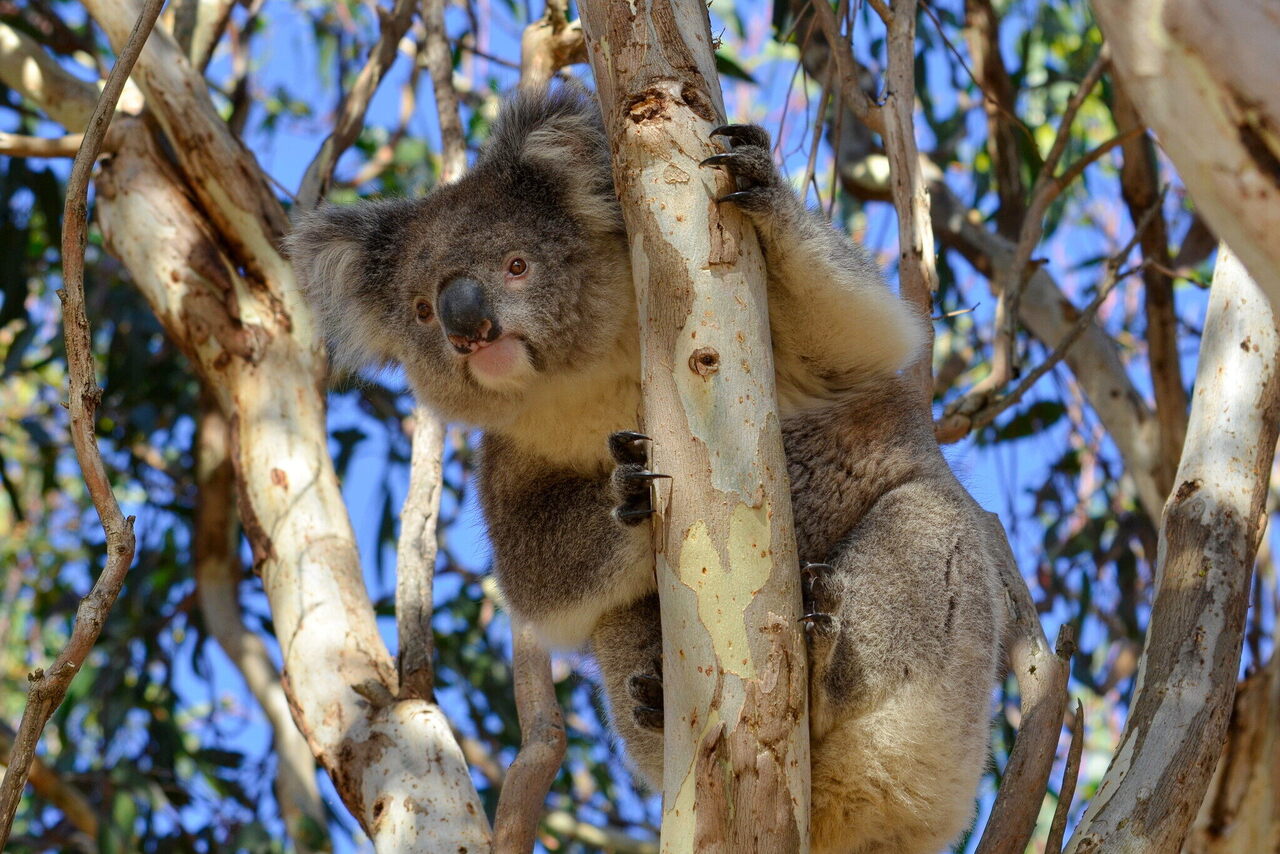 No chlamydia here! Chris Fithall/CC by 2.0
In This Story
Destination Guide

At long last, koala scientists stumbled upon the holy grail of their research. Around 70 miles southwest of Adelaide, on Kangaroo Island, there is a population of very, very special koalas. These isolated marsupials possess no unique skills or traits, but unlike every other population of wild koalas in Australia, the ones on Kangaroo Island do not have chlamydia. And while we don’t mean to STI-shame, that makes them pretty important.

Some researchers believe the Kangaroo Island koalas could hold the key to the survival of the species, according to a study recently published in Scientific Reports. “This is a very important finding because Chlamydial disease is so prevalent and efforts to fight it have so far been unsuccessful,” Natasha Speight, a veterinary scientist from the University of Adelaide, said in a statement.

The researchers captured and released 75 wild koalas from sprawling populations living in the Mount Lofty Ranges east of Adelaide, and 170 koalas from the population of 50,000 on Kangaroo Island. Each koala underwent a thorough examination by a vet, including tests for chlamydia and koala retrovirus. They found that 46.7 percent of the Mount Lofty koalas definitely have the bacterial infection. By contrast, every Kangaroo Island koala tested was free of it.

If heart disease is the leading cause of death for American humans, chlamydia is the leading cause of death for Australian koalas, according to the study. In case you were wondering—and you probably were—koala chlamydia isn’t quite the same as the human version; it’s a slightly different strain (which can actually infect humans, too, through contact with the marsupial’s urine). Though koalas can contract chlamydia through sexual contact, as humans do, they can also catch it through other forms of close interaction, such as between mothers and joeys. And full-blown koala chlamydia is a serious condition that can lead to blindness and urinary tract infections that may result in infertility or death.

Though researchers can technically cure diseased koalas with antibiotics—just like humans—many of the marsupials die after treatment, according to LiveScience. The marsupials’ diet of eucalyptus leaves contains a compound called tannin that can be toxic if not broken down by gut bacteria, which disappear in the presence of antibiotics. But maintaining a healthy population of wild koalas could help researchers develop a vaccine, Speight told ABC News.

As koalas succumb to the infection across northeastern Australia, the researchers hope to keep Kangaroo Island chlamydia-free. The island is also a haven for another isolated population: the world’s last remaining purebred Ligurian bees. Thankfully, they also appear to be chlamydia-free.

How Do You Do Color Commentary for an Eclipse?

Roadkill Is Sad and Gross—And Can Be Useful for Scientists

Piles of poop are helping researchers dissect the diet of urban and suburban canids.
islands

Before they went extinct, great auks were some of the world's most fascinating creatures.
islands

Why Did the Tasmanian Tiger Disappear From Mainland Australia 3,000 Years Ago?

Climate may have played a bigger role than previously thought.
Video

If you're the lone caretaker of Brooks Island, not going crazy is job one.
Read more
Thanks for sharing!