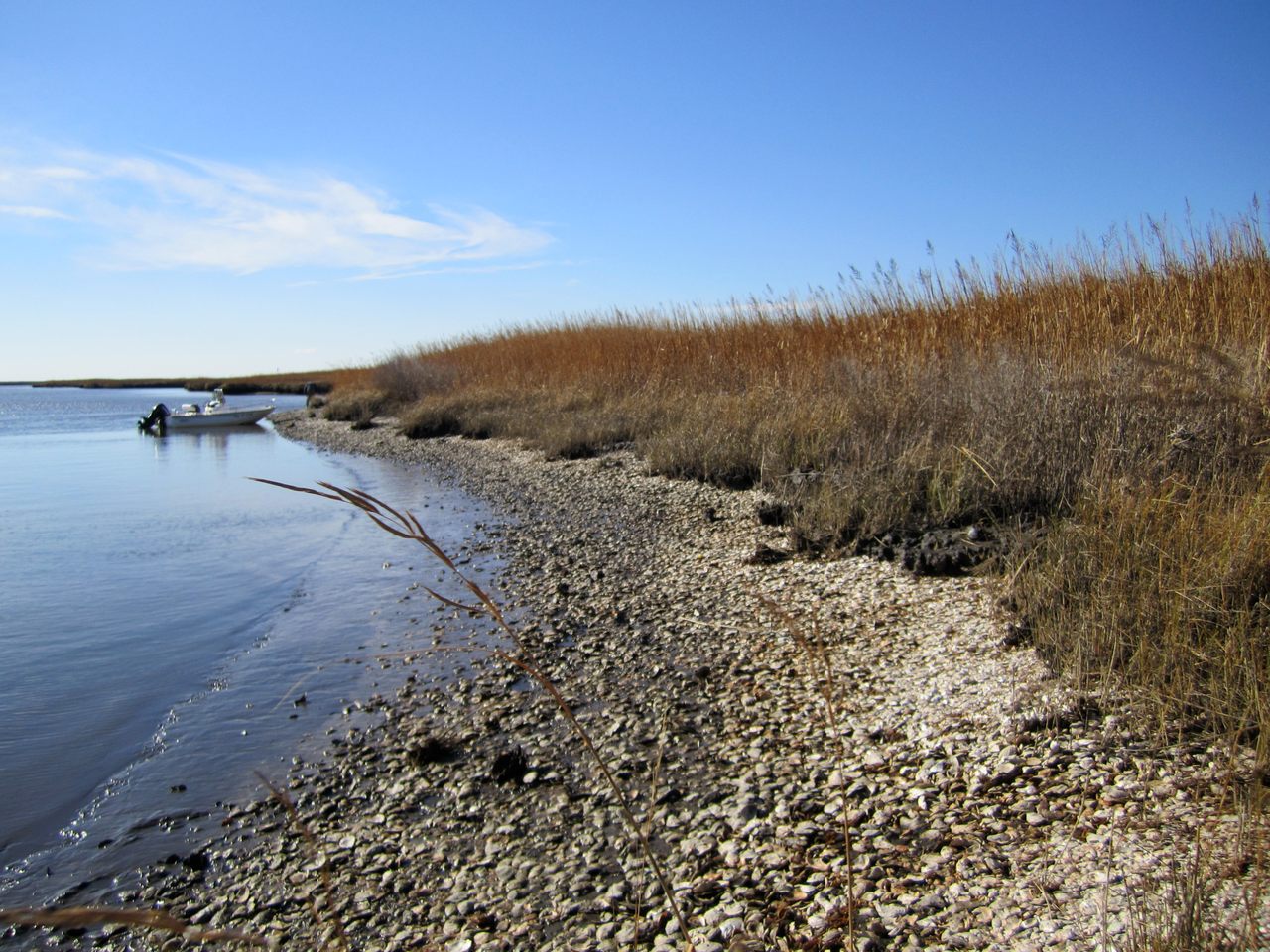 Mound Key, an uninhabited island off the coast of southwest Florida, rises more than 30 feet above the shallow waters of Estero Bay. Save for the occasional tourists who paddle out here, relatively few people visit its thickly forested shores. For nearly 2,000 years, however, this place held a special significance for the Calusa, an Indigenous Nation that once fished and thrived throughout the Everglades. The island, along with a number of similar mounds, is the result of a generations-long feat of engineering on the part of the Calusa. Their building material of choice: 18.6 billion oyster shells.

“Oftentimes these are mounds that are deeply embedded in people’s ceremonial and ritual lives,” says Torben Rick, an anthropologist and curator of North American Archaeology at the Smithsonian National Museum of Natural History. “[Oysters] were nested in people’s lives not just as a food source, but also as an engineering material and something that was deeply held with meaning.”

What struck Rick about Mound Key was that not only were the Calusa able to harvest a staggering number of oysters, but they were able to do so without wiping out the local bivalve population. According to a newly released study by Rick and former Smithsonian postdoctoral fellow Leslie Reeder-Myers, the Calusa were just one of a number of Native Nations in North America and Australia that appear to have sustainably managed long-lasting, highly efficient oyster fisheries for hundreds and even thousands of years. First published in Nature Communications, the archaeological findings have profound implications.

“Here in Maine, people were taking oysters as far back as 5,000 or 6,000 years ago,” says Dr. Bonnie Newsom, an anthropology professor at the University of Maine and a co-author of the study who is a member of the Penobscot Nation. “How people related to the species back then can really inform how we’re engaging with oysters today.”

As she points out, some of the middens along Maine’s coastal regions are six meters high. Rather than try to hide the location of prime oyster-harvesting spots, as many modern-day fisheries do, the Indigenous people who fished here reshaped the landscape so that anyone could see where to hunt.

“I can only bring a Penobscot perspective and what I know from my own community, but we have a philosophy of taking only what you need and leaving the rest for others,” Newsom says. “Approaching resources with the goal of leaving something for future generations in mind is part of the key.”

For such tiny organisms, oysters have an outsized impact on their surrounding ecological environments. Just one of these bivalves can filter up to 100 liters of water a day, which not only removes pollutants, but also allows for more sunlight to reach photosynthesizing algae, plankton, and seaweed. Deposits of oyster shells have the ability to mitigate changes in water temperature, making them an invaluable component in combating the coming damage to our warming oceans.

Commercial fishing has devastated oyster populations around the globe, as documented in a 2004 study on the collapse of 28 oyster fisheries. As the first study of its kind and scope, it was incredibly influential in the field of historical ecology. Nevertheless, Rick says, “As archaeologists, we knew it was only part of the picture. We knew there was a record of oyster harvests spanning centuries to millennia prior to that.”

In order to obtain a clearer picture, Rick, Reed-Myers, and a team of 24 researchers turned to evidence from archaeological dig sites. Specifically, they looked at middens, massive accumulations of oysters shells like Mound Key in Florida. While that particular structure may have been the largest, a site in Cedar Key, Florida, known as Shell Mound contains roughly 2.1 billion shells. Other middens include one near Chesapeake Bay, with 84 million oyster shells, Fig Island in South Carolina, with 75.6 million shells, and Saint Helena Island near Brisbane, Australia, with 50 million shells.

“In the case of the oyster fisheries, the scale of the harvest we’re talking about was truly massive,” says Rick. He points out that since archaeological records such as these are inherently fragmented, the volume of shells they uncovered most likely represents the tip of the iceberg.

“As archaeologists, you spend your career working with Indigenous communities and the archaeological record of the past, which shows unequivocally that people were crucial ecosystem engineers that span tens of thousands of years,” he says. “Not just agriculturalists, but hunter-gatherers had pretty profound impacts on the environments in which they were living.”

Rick believes that members of his profession need to do a better job of communicating these facts, in part because of the hope they offer. “These findings show that in a healthy, functioning ecosystem, people can be nested within it, engaging with all of the organisms, and consuming large quantities of things like oysters,” Rick says. When it comes to looking at long-term sustainability, the study found that all of these oyster-harvesting sites maintained stable oyster populations. “There’s no evidence of clear depletion or population collapse.”

Moving forward, Rick says Indigenous communities need to be part of the conversation around aquaculture and marine conservation. “We talk to fisherpeople, but we don’t often think of talking to the descendents of Indigenous people who harvested these same resources or stewarded them for centuries or millennia,” he says. These dialogues will be complicated—European colonists and Americans forcibly relocated many Native Nations away from their ancestral homelands near coastal areas.

For Newsom, engaging with pre-colonial records and Indigenous communities is the only way to move forward. “The colonial records are a record of a particular period and a particular social structure,” she says. “When you expand the timeframe for which people have been engaging with oysters, you also diversify the cultural context within which that engagement occurs. I feel like we’re missing out on a wealth of information by limiting our focus to the last 500 years.”

“If you can’t gather shellfish then you’re going to starve.”
food

The humble nuts were once a staple food.
science

A Mystery Worm Is Threatening the Future of Washington’s Oysters

Clues from 1,000-year-old shells could reveal the parasite’s past—and portend the future.
restaurants

For more than a decade, Salmon n' Bannock has been serving indigenous cuisine and stories in Vancouver.
Video