How a Grave Cleaner Uncovers the Past - Atlas Obscura
Want to see fewer ads? Become a Member. 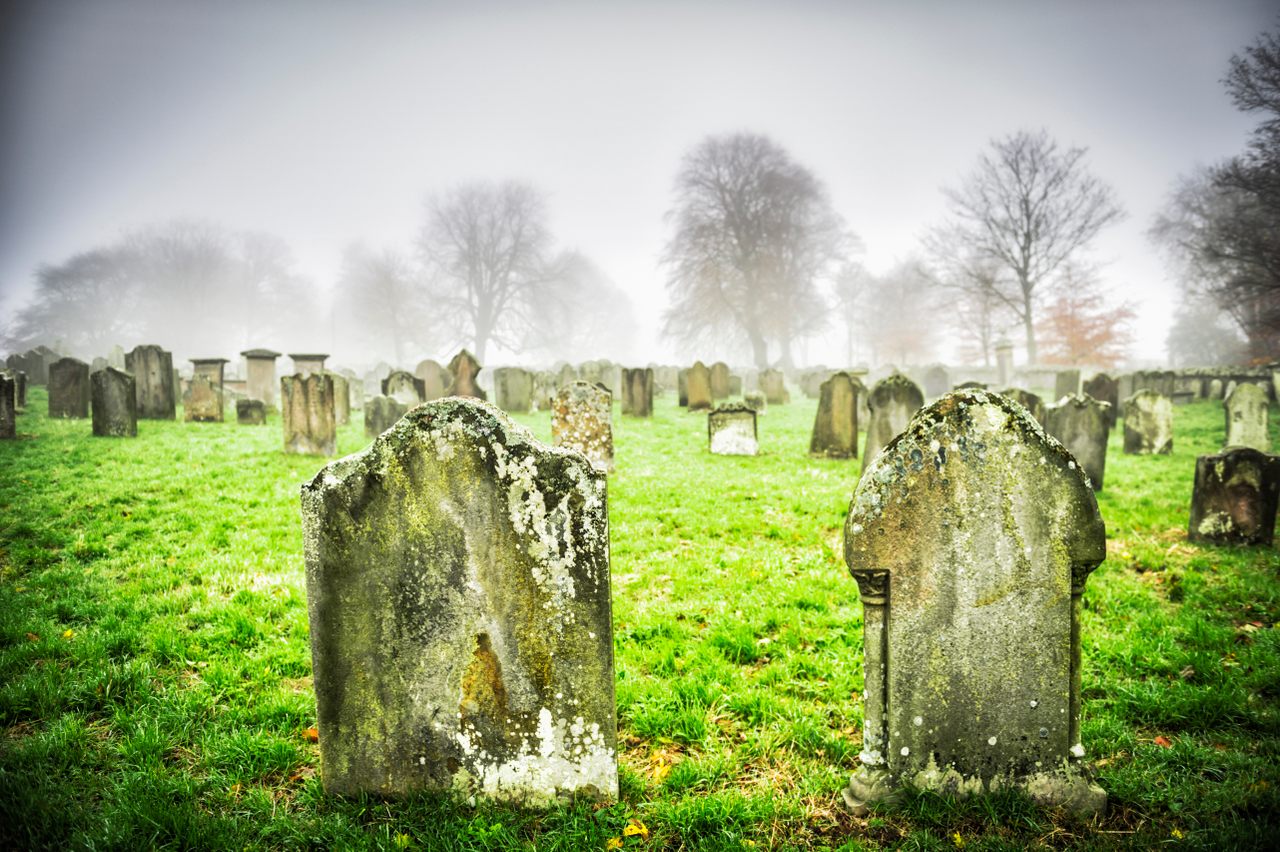 The cross-topped gravestone was dark brown, its engravings illegible, lost beneath a thick layer of grime. Alicia Williams began, as she does with every restoration, by gently scraping away debris with a plastic putty knife. She then rinsed the surface with a biodegradable solution and scrubbed it with a soft brush. After another rinse and some drying time came the big reveal: a pristine white tombstone bearing a clear inscription.

But the real magic of Williams’s grave cleaning, which she shares with her 2.4 million followers on TikTok, is that she doesn’t just reveal the headstone hiding beneath years of wear and tear. She reveals the person, as well. In her video featuring Josephine Bell’s headstone, Williams tells the tragic story of the girl buried below. Josephine died at the age of four when her dress caught fire in her nursery. In another video, Williams cleans the grave of Cary Davis (1893–1948) and explains that he was a member of the U.S. Army’s 505th Engineers Service Battalion, an all-Black unit that played a crucial role in constructing railroads, highways, and drainage systems during World War I.

Williams, who largely focuses on graves in her local cemetery in Bedford, Virginia, posts her videos as “LadyTaphos” (a taphophile is a cemetery enthusiast). Some viewers come for the soothing scraping and brushing sounds. Others are drawn to the dramatic makeovers or the tributes and history lessons. The videos can garner as many as 6 million likes—an especially impressive number for graves that, in many cases, have been ignored for decades.

For Williams, the work is deeply therapeutic. She started cleaning graves as a calming activity when she was navigating a painful divorce. “After I cleaned several graves, I started to learn that it was a work in progress,” she says. “It took 100 years or more for them to get into that condition, and it was going to take some time for them to look better. And it sort of became this metaphor for my own healing.”

Atlas Obscura spoke to Williams about the impact of her work, why she’s drawn to these graves, and how others can get involved with restoring headstones.

What draws you to the graves you choose to clean?

The ones that draw me the most are the ones that are by themselves. When clearly there’s no one around them. I wonder, Why are you by yourself? What happened? I always find myself thinking that those people probably have an interesting story to tell. And a lot of times they do. I cleaned two that were by themselves, but near each other. And it turns out those two had both been killed by trains. A lot of times, that burial in the cemetery might be the only record that a person ever existed at all. There might not have been a birth or death record for some reason. But sometimes you can figure out who they are by the surrounding graves.

You never know what you’re going to come across. There is a tremendous amount of minority history that has been swept under the rug for generations, and their stories deserve to be told. It’s just so important. So much of their history has been selectively told and, unfortunately, it can be difficult for many minorities to trace their roots in our country. But I feel like one of the ways we can heal those wounds is to try to tell these stories.

Do you have a favorite story you uncovered or a person you learned about while cleaning their grave?

My favorite grave is the one I feel the most protective of. It’s Lucy. She was formerly enslaved. And she’s buried at the feet of her enslavers. She’s believed to be the only African American buried in the cemetery, which is significant because it was a segregated cemetery for the town. So the fact that her former enslavers were like, “We’re going to bury a servant with us because she stayed with the family after Emancipation,” I just think that’s so fascinating and I’ve never seen that in my town. It says on her stone that she had a son. I still wish every day that somewhere out there she’s got a descendant, but I have not had any luck finding one.

How do you research the people behind these graves?

I try to do as much as I can on Ancestry.com. I basically build a family tree for a person. Some people don’t really have anything significant and it’s hard to put a story together for them, so I will struggle at times. It’s all about paying attention to details. That’s really what it is. It’s solving a puzzle.

Do you have advice for anyone who’d like to start cleaning gravestones?

Patience and permission. It’s not as hard as people want to make it out to be sometimes. If you want to clean a grave, just buy the right products and then get permission from the cemetery. You also have to be patient and understand that it might take a little bit of time. You might be disappointed right after you clean it. It’s important to wait and let the cleaner do its work. The average turnaround time for your cleaning to take effect, I would say, is probably two to three months. I’ve had some take as long as six months.

What do you hope viewers take away from your videos?

My one wish is that I inspire more people to do it and to share the stories they find. I’m just one person and I can only do so much, especially in my one little town. So I want to know when someone else does this, and I want to know about what they’ve uncovered. There’s so much in the news about the tearing down of things and the removal of things. Why not try to restore something and tell these stories?

The Blue Ridge Honey Made ‘by Bees and Angels’