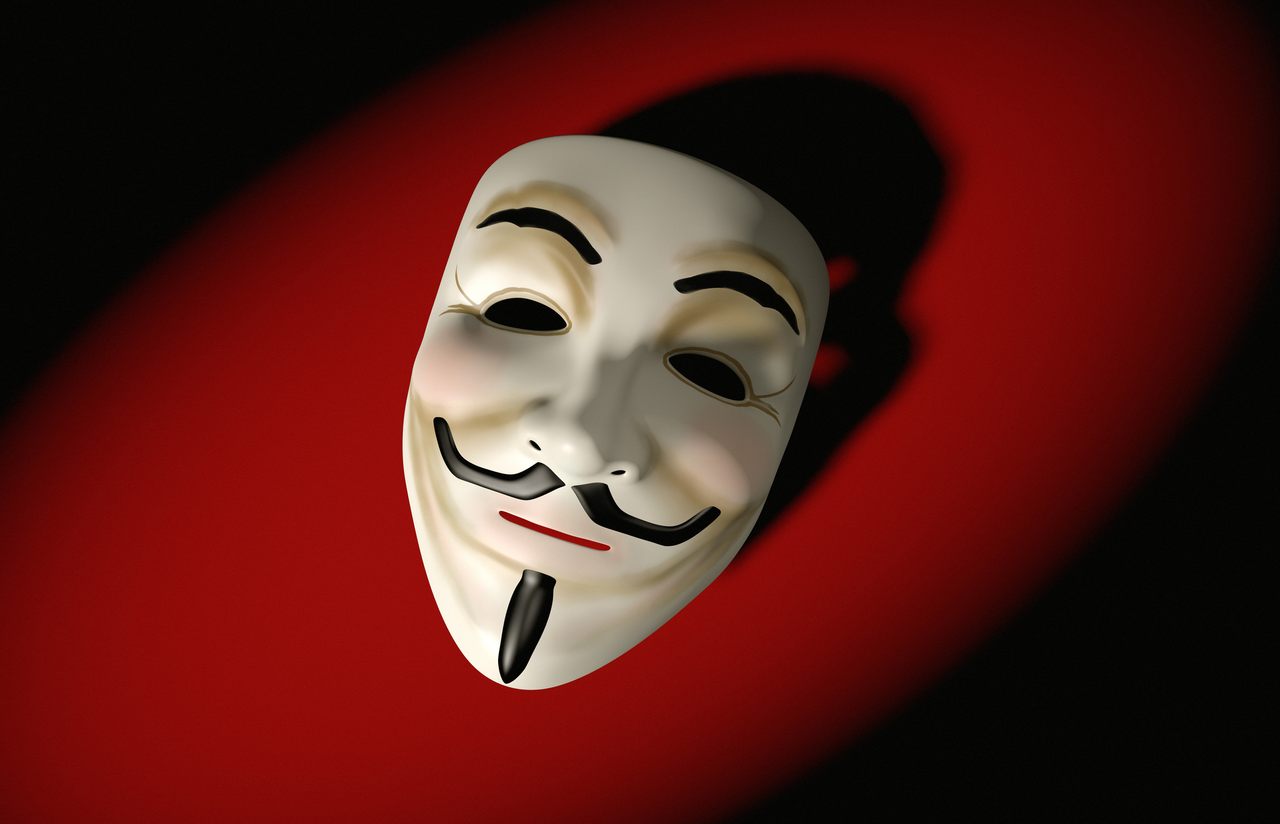 With bulging eyes, long, black braids, and an unnervingly large grin, Supay, lord of underground mines and other dark spaces, leers at visitors from his spot beside other art from Bolivia. Just downstairs, a geometrically patterned face sporting three horns adorned with monkey fur stares blankly across a room crowded with other Congolese artifacts. Steps away, an exquisite Torres Strait shark mask, made of tortoise shell, looks like it could come alive on its display stand.

The British Museum has over 3,100 masks in its collection, of which only a fraction are on display. But one thoroughly British mask—perhaps the most British mask of all—is curiously missing.

Through its use in pop culture and protest, the Guy Fawkes mask has become a global anti-establishment symbol. It’s been cleverly co-opted by hacking activists Anonymous and the sprawling Occupy movement, and has been worn by protestors of wildly different ideologies, from Arab Spring demonstrators to some of the individuals who stormed the U.S. Capitol on January 6, 2021. Ironically, this potent symbol of rebellion is also a triumph of capitalism: Warner Brothers owns the rights to the depiction, and earns a royalty on each of the hundreds of thousands of masks sold every year.

But the Guy Fawkes mask is a quintessentially British creation. It’s a stylized likeness of the most famous conspirator in the failed Gunpowder Plot of November 1605: The ill-planned effort to blow up the House of Lords and assassinate King James I had the ultimate goal of restoring a Catholic monarchy in England. After the Gunpowder Plot failed, Fawkes was tried for treason, found guilty, and sentenced to be executed (though some historical sources suggest he actually fell or jumped from the gallows to his death, escaping the hangman’s noose). In the four centuries since, British revelers have been burning Fawkes in effigy, accompanied by chants of “remember, remember the fifth of November.” Guy Fawkes Night is an event as popular in much of the United Kingdom as Halloween is in the United States.

Today’s ubiquitous Guy Fawkes is based on English comics artist David Lloyd’s rendition for the ’80s graphic novel series V for Vendetta. The mask, with its curving, vaguely villainous mustache, rosy cheeks, and Cheshire cat smile, conveys an almost sinister confidence—perhaps one reason it’s been so warmly embraced by protestors.

The product of British history and culture, the Guy Fawkes mask might seem like a glaring omission from the British Museum’s extensive collection. But John Mac, author of Masks: the Art of Expression, isn’t that surprised.

“Museum curators tend to favor the exotic,” says Mac. “It’s a form of artistic imperialism, really, a product of the rigid hierarchy of ‘taste’ in this rarified world of collecting artifacts. We like things to be either old—the older the better—or from far away, places the least like Britain as possible.”

While “a Fawkes mask doesn’t scream ‘British Museum,’” on those grounds, Mac thinks the case can be made for it to join the collection. “Masks are complex objects because they’re almost always attached to ritual: dance or performance or whatnot. If you looked at the Fawkes mask in relation to Guy Fawkes Night and the bonfires and such, it’s absolutely worthy of inclusion. Someone actually brought one into the museum’s Object Identification Service, and the staff had a good laugh, I’m told.”

Mac thinks that the way the museum’s departments are organized might explain why there is no Guy Fawkes mask to be found there, not even lurking in the basement. With curator responsibilities divided into geographic areas, says Mac, “there’s no single curator overseeing the extensive mask collection. Because of this, blind spots develop.”

Head of collection management at the British Museum, David Packer, feels differently. “I definitely wouldn’t say it’s a blind spot, but masks aren’t particularly associated with Britain, except for gas and plague masks.”

Packer adds: “The British Museum doesn’t feel it needs to be exhaustive in terms of contemporary culture, or of Great Britain at large.” However, the collection does include contemporary pieces, such as store-bought plastic Halloween masks from Veracruz, Mexico, and two hand-crafted COVID masks from Burma. “Curators have broad creative discretion, and we trust that they know what would benefit their part of the collection,” says Packer. “A Guy Fawkes mask has never been acquired because our curator for Britain never saw a need in the collection to include one.”

Rather than an oversight or some conspiracy, Packer sees a very simple explanation for the lack of a single Guy Fawkes mask, despite its historical significance, in the venerable institution’s inventory. There aren’t many notable or collectible Guy Fawkes masks from the last 400 years, says Packer, because “nearly all of them have gone up in smoke. Guy Fawkes is about ritual destruction. That’s the whole point of it.”

Inspired by the Bayeux Tapestry, artists and embroiderers in a Newfoundland village commemorated a lost way of life.
objects of intrigue

The Sheldon is a one-of-a-kind testament to the ingenuity—and unrequited love—of its creator.
objects of intrigue

3:30
Want to see fewer ads? Become a Member.
From Around the Web
Atlas Obscura Trips
Southern England: Lore of Dartmoor
View This Trip
Thanks for sharing!