These Girl Scouts Save Wild Bees, One Homemade 'Hotel' at a Time - Atlas Obscura
Want to see fewer ads? Become a Member. 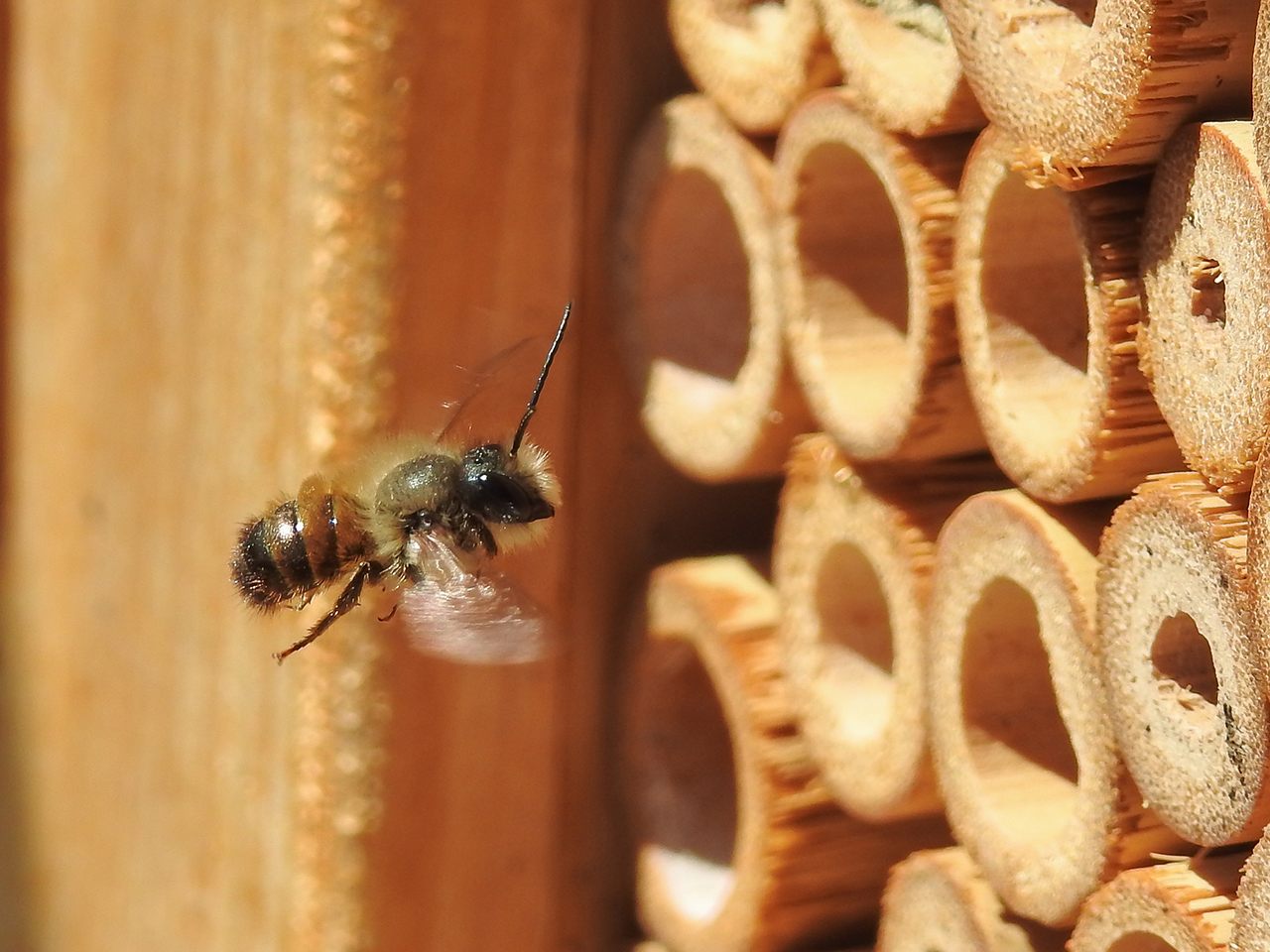 Bee hotels are like birdhouses for bees: Wild bees don’t don’t live in hives, so they’re always in need of a suitable habitat. Shutterstock

In September, millions of youth activists around the world took to the streets to fight for their right to breathe clean air, drink clean water, and not have to suffer the wrath of the climate crisis. But that’s not the only way kids are taking climate action into their own hands.

In Colorado, the task of saving bees from the consequences of climate change has fallen to the girls who sell us the best cookies: Over the summer, at a Girl Scout day camp in Denver, Girl Scout troops fashioned tiny homes for wild bees called “bee hotels,” to fight the depopulation of bees across the country.

Bee hotels are like birdhouses for wild bees. Since wild bees don’t make honey, they don’t live in hives, but they’re always in need of a suitable habitat. Out in the wild, these bees often nest in holes in fallen logs, dead trees, and broken branches of bushes. But natural habitats can be hard to come by in developed areas, which is where bee hotels come in.

The troops repurposed cardboard boxes, old paper straws, toilet paper rolls, and other materials to create homes for bees in their local community. The project is part of a new initiative called Think Like A Citizen Scientist Journey, in which girls from grades six through 12 develop real-world sustainable projects to create change. After some brainstorming and research, the scouts at the day camp chose saving the bees.

“There were times it was hard because there were so many girls and lots of ideas, but we worked together, and it was fun,” says 11-year-old Imani, one of the girls who participated in the project. “We found a way to come to a compromise and work together to make a fun bee hotel so the bees can fit their fuzzy little buns in.”

Working with bees can be a daunting task for kids around Imani’s age. Many children are afraid of bees, because they only know them from the pain of their sting. But Girl Scouts learn to overcome their fears. “I’m afraid of bugs, so it was hard for me to go look at the bees and learn about them,” says Imani. “I’m glad I did. I’m still scared, but I understand how we need bees for food and flowers and that they have a purpose.”

The U.S. has more than 4,000 wild bee species, and 40 percent of invertebrate pollinators are now facing extinction. The depopulation of bees is due to a number of factors including human activity, pesticide overuse, disease, and the changing climate.

Dennis vanEngelsdorp, an associate professor of entomology at the University of Maryland, College Park, says that bee hotels can play an important role in maintaining bee populations. They aren’t only habitats, but also a safe haven for bees to lay eggs. If built correctly and well maintained, vanEngelsdorp says, bee hotels can attract new bee species to areas that need pollinators.

“Bees, in general, not just honeybees, are keystone species,” he says. “They’re the ones that keep ecosystems together, they allow for trees to grow, and so, really, they’re cornerstone species.”

After building their bee hotels, the girls went out to install them in green pockets of their community, such as community gardens and the local botanical garden. They also donated one to a local beekeeper who spoke to the troops. “The most interesting thing I learned is probably when you think of bees, you just think of honeybees, but there are so many different types out there,” says Aimee, another 11-year-old Girl Scout.

In addition to helping maintain bee populations, the bee hotel project plays an important role in building a new generation of engaged citizens. “I want to show the girls that they have so many different opportunities to make the world a better place, and that they have many different assets already in their strengths that are all so viable,” says Tiffany Stone, one of the troop leaders.

It’s important for kids to learn that “every effort counts,” vanEngelsdorp says. “What you’re seeing is that you need bees to survive, and so who better to be concerned about that than the people who are going to inherit the next generation?” he says. “These efforts are really good because hopefully they set up a lifelong commitment to preserving biodiversity.”

To save her native Maya bees and their shrinking forests, Leydy Pech waged a fierce campaign on multiple fronts.
science

Extreme environments offer them an unexpected paradise, and now researchers want to get a head count.
insects