Some Space Rocks Are Notorious for Being Stinky - Atlas Obscura
Want to see fewer ads? Become a Member. 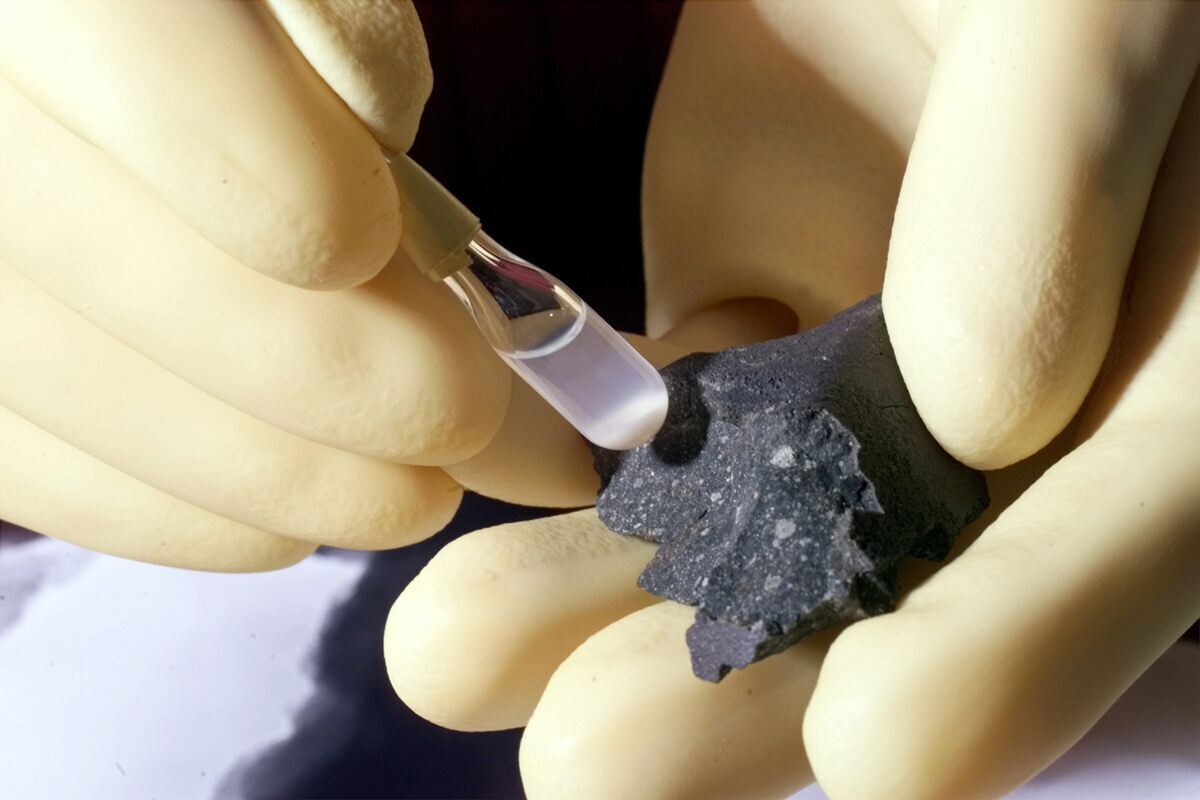 You might want to hold your nose. United States Department of Energy/Public Domain
In This Story
Destination Guide

In September 1969, it seemed that everyone in the village of Murchison in Victoria, Australia, had a story about the meteorite. They swapped tales of the sight of the space rock barreling across the sky and chatted about the booming sound they heard just before it crashed to the ground, late on the morning of the 28th. In the days following the fall, residents fanned out. They divided the community into grids and searched, methodically and cooperatively, for pieces of the cosmic visitor. They found one fragment after another—often blackish gray and distinctively dented with imprints that look as though a sculptor pressed her thumbs into clay. The space rocks were appealing and unusual—and the locals couldn’t help but notice that they also stank to high heaven.

Many eyewitnesses described the rocks as smelling of tar or methylated spirits, also known as “denatured alcohol,” which has additives to make it taste and smell foul, to prevent people from drinking it. Others agreed that the rocks had an odor, but didn’t find it offensive: Some described them as smelling “like wet hay,” says Kay Ball, president of the Murchison & District Historical Society.

Chunks of the meteorite went to research institutions around the world, and the smell went along, too. When David Deamer, now a research professor of biomolecular engineering at the University of California, Santa Cruz, was grinding up a marble-sized bit of the Murchison meteorite to study, he found that a “strange, penetrating odor rose from the mortar … simultaneously smoky, dusty, and sour,” he writes in his book First Life, Discovering the Connections Between Stars, Cells, and How Life Began. He thought it “reminiscent of a cigar butt or the contents of a vacuum cleaner bag.”

In the book, Deamer describes the meteorite as his introduction to “the odor of outer space.” But descriptions of meteorites’ aromas can change during the rocks’ time on Earth, depending on what both people and the elements put them through. Researchers who revisited bits of the Murchison meteorite for a new paper, published this week in Proceedings of the National Academy of Sciences, discovered that, under certain circumstances, the rock still packs a wallop.

Meteorites are messengers, and can carry information about star formation and other aspects of our universe. But to get at that trove of data, researchers often have to bust the meteorites open. The scientists, from the University of Chicago, the Field Museum, and several other institutions, working on the recent paper were looking for presolar grains, minerals that predate our sun. By isolating and analyzing these, the researchers can approximate their age, and then work backward through the life cycle of stars, which shed grains like these as a last hurrah. Once the rock has been crushed, to get at the presolar silicon carbide they were looking for, the researchers poured the meteorite dust into test tubes, and shuttled those between liquid nitrogen and hot water baths, and attacked it “with some really nasty acids,” says Jennika Greer, a graduate student at the Field Museum and the University of Chicago, and a coauthor of the study. Ultimately, the team found that some of these grains date to between five-and-a-half and seven billion years old. (The particular presolar grains examined for this study had already been isolated, but this work is ongoing in the lab.)

This scientific insight came with an olfactory cost. During the freeze-thaw cycle, when they dunked the test tube into liquid nitrogen and then the scalding bath, the team started to notice something funky. They caught a whiff of “rotten peanut butter,” Greer says. The bits of the meteorite had begun to smell like a very gnarly old sandwich.

Greer suspects that the odor evolved over time as the rock lost volatile compounds, and then emerged as the crushing exposed new surfaces. “There are trapped gases and ices in the meteorite that evaporate and slowly diffuse out,” she says. When that happens, the overall scent morphs into something new—or, sometimes, more or less vanishes. A fragment of the Murchison meteorite at the Murchison & District Historical Society doesn’t have such a distinctive bouquet any more. “Our sample has been exposed to air for too long,” says Ball, the organization’s president. “It now only has a vague, earthy smell.”

Greer and her collaborators also recently smelled another carbonaceous chondrite—the same kind of meteorite as the Murchison one—at the Field Museum. It is known as Aguas Zarcas, named for the town in Costa Rica where it landed in 2019. It’s rich in clay and looks like a squat, squarish clump of the stuff, giving it the nickname, “Cosmic Mudball.” Like the Murchison meteorite, this one is rich in organic compounds, including amino acids. Its scent is often said to evoke cooked Brussels sprouts, or maybe compost. When she smelled it straight out of a plastic bag, Greer had a different take: “I think it smells like vanilla,” she says. “You expected something more tarry, but it has a sweet smell.” These days, at the Field Museum, it can be harder to sniff the Aguas Zarcas meteorite at all: Some samples go into cryogenic storage, or might be too small, or get embedded in epoxy to make them easier to put under a scanning electron microscope, Greer says. Laurence Garvie’s team at the Center for Meteorite Studies at Arizona State University also has a bit of the meteorite, and has designed tests to puzzle out the source of the smells and what they reveal about the components of the meteorite, Popular Science reported last year.

Strictly speaking, sniffing meteorites isn’t key to the work that Greer’s team set out to tackle, but it’s fun, silly, and compelling—and “scientists are human, too,” she says. “If you start smelling something a little bit, you might think, ‘Wait, what is that?’ It’s just natural curiosity and wanting to learn more.”

It ranks in the top 25 largest impact craters ever discovered.
museums

Thanks to waterlogged ground, sturdy bodies, and a little luck.
museums

Trapped in Museums for Centuries, Maori Ancestors Are Coming Home

Including welding skills, knowledge of anatomy, and infinite patience.
Video

How Scientists Are Recreating Dinosaur Breath

At the Field Museum, visitors can now get a whiff of the Cretaceous.
Read more
Thanks for sharing!