Climate Change and the Dream of Growing Coffee in Sicily - Gastro Obscura
Want to see fewer ads? Become a Member. 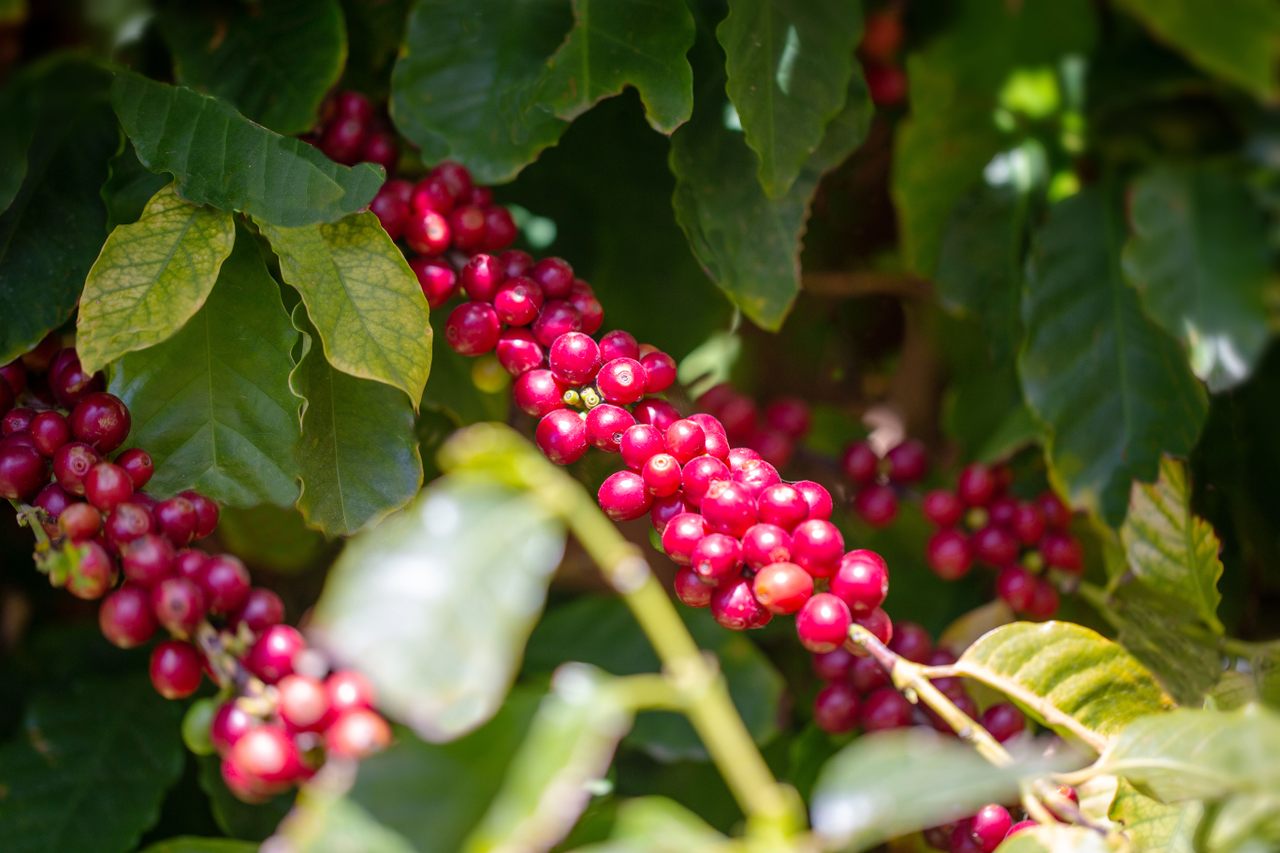 The Morettino's coffee plants in Palermo, Italy. All photos courtesy of Marco Spataro/Visualya Web Agency
In This Story
Destination Guide

For more than 30 years the Morettino family had been trying to produce their own coffee on a small piece of land in Sicily. And for 30 years they had failed.

But last spring, 66 seedlings produced about 30 kilograms of coffee, in a development that could turn the Italian island into the northernmost coffee plantation in the world.

Experts say the climate emergency is irremediably tropicalizing the Mediterranean agriculture of Sicily, where in August a monitoring station in the southeastern city of Syracuse took a temperature of 48.8C, the highest ever recorded in Europe. But for Andrea Morettino, whose family has been in the coffee business for a century, it is the realization of a dream.

“At the beginning it was a simple experiment, but after hundreds of attempts we began to notice the coffee beans were growing in number, up until last spring when an abundant harvest allowed us to process, dry, and toast them.”

“Do you know what is even more incredible?” he adds. “The plants grew in the open air, without the aid of greenhouses or pesticides. Totally organic. For us it could be a new beginning.”

In the homeland of espresso and cappuccino, the cultivation of Made in Italy coffee has always been an obsession. As far back as the early 1900s a group of agronomists from Palermo’s botanical garden, a research institute for the University of Palermo, tried to cultivate coffee. The dream was shattered in the winter of 1912 when, owing to the particularly low temperatures that year, the plants died.

“It is clear that the climate emergency and the consequent rise in temperatures have played a decisive role in the flowering of the coffee plants in Sicily,” says Adriano Cafiso, who has spent the last 15 years traveling around plantations in South America and Africa and is now collaborating with Morettino.

“The problem of the cultivation of coffee in Sicily is not the heat but the cold. For this reason we are already working on a series of greenhouse plantations. The idea is that the so-called daughters or granddaughters of these plants will be able to gradually adapt to the Sicilian climate to the point of even being able to flourish outdoors, as has already happened in the Palermo plantation.”

The project will take years before it can reach large-scale production, but Morettino is determined to create new coffee plantations on the island.

“Our dream is to create a 0km coffee and bring in coffee production for the first time within kilometers of continental Europe,” he says. “In recent years, due to climate change, Sicily has been evolving towards other crops that seemed unthinkable until a decade ago, and which also force us entrepreneurs to evolve.”

Sicily was for centuries one of the major producers of oranges and lemons, first imported by its Arab conquerors in the early ninth century. Yet in recent years citrus fruit production has dropped dramatically: Land in use for oranges has decreased by 31 percent in the last 15 years, and that for lemons has dropped by almost half as increasingly hot and dry summers mean the plants cannot take up enough water.

The signs of change had already been felt before the mercury hit 48.8C in August: In the summer of 2020 there was no rain for 90 consecutive days. Data collected by the Balkans and Caucasus Observatory put the average temperature rise on the island over the last 50 years at almost 2C, rising to 3.4C in Messina on the northeast coast.

Scientists say the climate emergency could sweep traditional agricultural crops from the Mediterranean, leaving growers to search for tropical alternatives. In the last three years the production of avocados, mangos, and papaya has doubled in Sicily, while in Palermo’s botanical garden researchers have registered for the first time the blooming of welwitschia, a native of the southern African Namib desert.

“There is a very high and imminent risk of desertification on the island, with many historic vines destined to disappear,” says Christian Mulder, a professor of ecology and climate emergency at the University of Catania. “In the long-term worst-case scenario, the whole southwestern part of Sicily will be climatically indistinguishable from Tunisia. This is forcing farmers to adapt to new crops. It is a process already under way. We must fight to avoid the worst.”

Was René Descartes a Victim of Skull Blasting?

Plus four ways to eat and drink coffee that involve the whole plant.
horticulture

The world’s largest array of greenhouses has transformed the region economically, and in other, unforeseen ways.
wine

The Winemakers Bringing Viticulture Back to Venice

Environmentalists see small reforestation pilot sites around the capital of Amman as a first step to a greener future.
Video • PinDrop