How Do You Convince 125 Million People to Embrace Wolves? - Atlas Obscura
Want to see fewer ads? Become a Member. 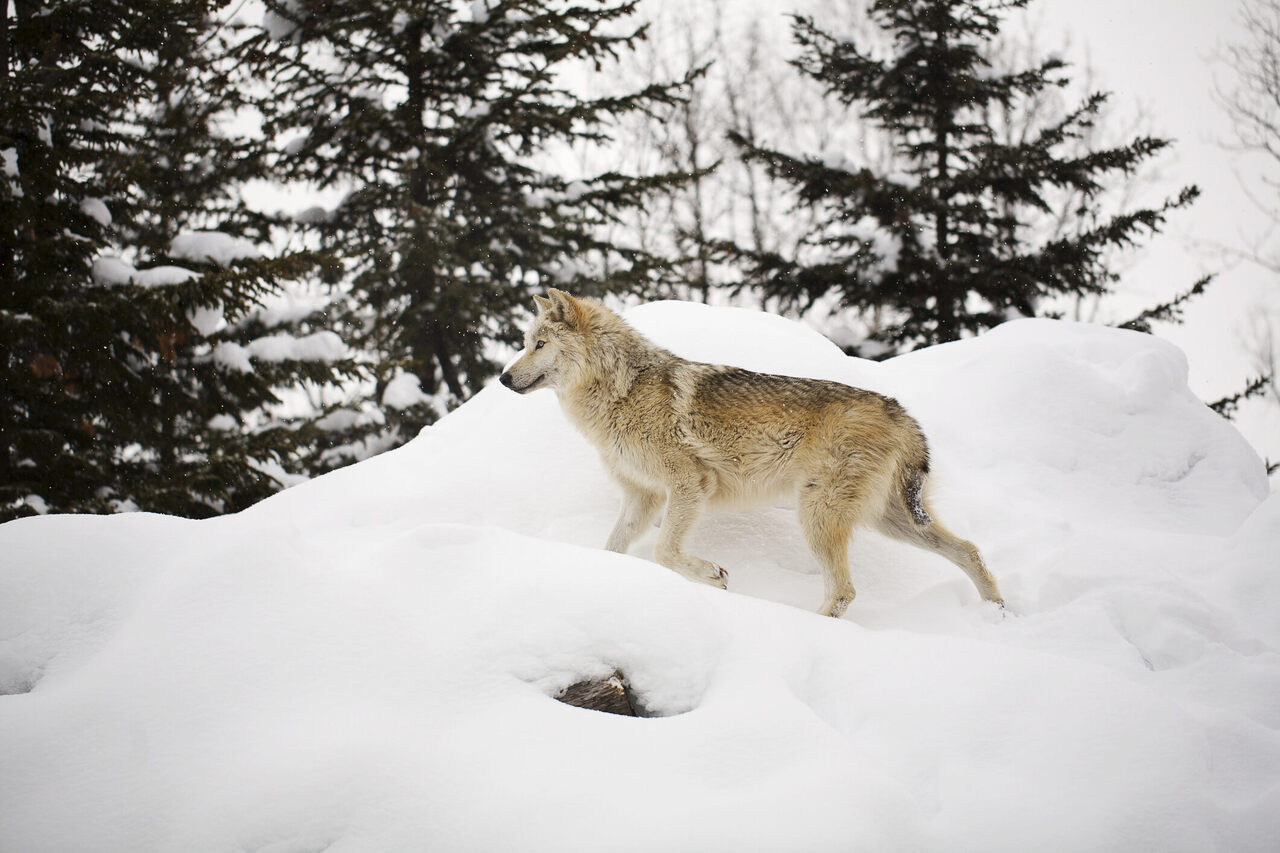 If asked to imagine deer in Japan, one’s mind may turn to thoughts of docile herbivores gently eating out of tourists’ hands in Nara. Less likely to come to mind are the unchecked herds of hulking 300-pound deer picking clean growing swaths of Japan’s forests and farmland. But that is increasingly the reality facing Japan, with deer responsible for millions of dollars in crop damage each year.

It is a situation retired professor Naoki Maruyama hopes to fix. The chairman of the Japan Wolf Association, Maruyama believes that the reintroduction of wolves—extinct in Japan for the better part of a century—can help curb the damage caused by deer and restore ecological balance to affected regions of the country.

Historically, owing to migration via land bridges from Asia and Russia, Japan was home to Ezo wolves—found on the northern island of Hokkaido—and Honshu wolves, which inhabited the three other main islands. Changing agricultural needs and fear of rabies in local communities, combined with aggressive hunting policies, gradually led to the extinction of the Ezo wolf in 1889 and Honshu wolf in 1905. Over the intervening century, the wolves’ former prey—deer and boar—flourished.

For Maruyama, the idea of reintroducing wolves first came to him in 1988, with the discovery of wild wolves in Poland’s Bieszczady National Park, where they had previously been wiped out by hunting in the 1960s. “As a researcher on the social ecology and conservation management of deer,” Maruyama wrote in an email, “I realized the importance of the existence of predator wolves.” His calls for the reintroduction of wolves in Japan were rebuffed, however, by the country’s ecological societies. Ultimately, “we gave up on appealing to the academy,” Maruyama continued, “and decided to appeal directly to the public.” And so the Japan Wolf Association was formed in 1993.

There are a number of concerns surrounding Japan’s large deer population, which itself was on the verge of disappearing in the years following World War II. In Hokkaido, home to an estimated 600,000 deer, some 2,000 car accidents involving deer occur each year, leading to government-led culls on the island. Deer, with their voracious appetites for up to 5-pounds of plant matter per day, have also caused ecological issues, among them “crop damage, bark stripping, soil erosion … and reduced tree diversity,” according to Pacific Standard. Such is the extent of the problem that even Nara’s famed deer have been slated for culling.

In 2015, Japan’s Ministry of Agriculture, Forestry and Fisheries released a report indicating that of the 8,000 hectares of forest damaged by wildlife in 2015, 77 percent—totaling some $53 million—could be attributed to deer. This is almost double the amount of damage recorded in 1998. News reports further indicate that 20 of the Japanese main islands’ 30 national parks have sustained damage from deer.

For the Japan Wolf Association and similar organizations, reintroducing wolves would likely involve the importation of similar subspecies from Mongolia and China. The more immediate challenge, however, is in convincing the public of the merits, and value, in reintroducing wolves. While wolves have traditionally been viewed favorably in Japanese mythology—often portrayed as messengers of deities and protectors of travelers—Maruyama noted in an email the lingering impact of Little Red Riding Hood—of wolves as dangerous, man-hungry predators—on contemporary Japanese opinions of wolves.

Maruyama cites surveys conducted by Kunihiko Otsuki, a director of the JWA board, showing increased support for the plan and decreased opposition among respondents from 1993-2016. At the same time, he notes the difficulty in countering persistent public indifference to the issue. Opposition has steadily dropped from 44 percent to 11 percent, but JWA surveys note a consistent high level of indifference—45 percent of respondents to the JWA’s most recent survey in 2016 had no opinion on reintroducing wolves—relative to those with firm pro or anti-wolf-reintroduction views. Said Maruyama, “It is much more difficult to persuade people who are simply not interested than persuading those who oppose [the reintroduction of wolves].”

Compounding the issue is opposition from other ecological and animal welfare groups in Japan, as well as from the government. They note the considerable industrialization that has taken place in the country since wolves were last spotted over a century ago, and the encroachment of development on natural areas. Proximity of humans to wolves, accordingly, could become an issue for both alike.

Critics worry that wolves will come into contact with humans. The JWA says there are regions sparsely populated enough that human-wolf contact would be unlikely. “[Wolves] are not an alien species,” says Maruyama, and would fall into similar hunting patterns of wolves elsewhere.

Supporters of reintroducing wolves point to successful reintroduction programs elsewhere, such as in Yellowstone National Park in 1995. Professor Maruyama has also noted that returning wolves have an ancillary impact of controlling the park’s elk population.

For the JWA, work continues on building public support for their initiative. “We have 570 members,” wrote Maruyama, “but [we] are aging like the rest of Japanese society.” Indeed, recruiting young members to carry on the JWA’s work is the organization’s most pressing, and flummoxing challenge. Maruyama, who is 76, says “we have held dozens of seminars, lectures, forums, and symposiums all over the country,” but youth engagement remains low. “If you can’t understand the feelings of Japanese people, including young people, there is no way to reach them.”

To that end, on August 1 the organization launched a year-long poster advertising campaign on the well-trafficked Keihan Electric Railway, timed to coincide with heavy rail use by students and office workers on summer holidays and promote the idea that “wolves are not scary.”

The recipe for "Flying Jacob" was the improvised creation of an air-freight worker.
wolvesuncrowded japananimals

The Beckwourth pack is only the third to establish itself in the state in the last century.
animals

Found: Wolf Puppies Born Outside of Rome for the First Time in Decades

The animals are part of the city's founding mythology.
science

Democracy is a blessing.
science

They were caught playing in front of a trail camera.
Video

3:38
Want to see fewer ads? Become a Member.
From Around the Web
Atlas Obscura Trips
Artisans & Exiles: Exploring the Hidden Traditions of Japan’s Sado Island
View This Trip
Thanks for sharing!