The 1970s brought a wave of artists into this former industrial area in Downtown Los Angeles. They sparked a fuse of creative imagination that burned for years. Up-and-coming creators took advantage of the then-low rents and built a foundation for the creative mecca that exists here today.

In its infancy, L.A.’s Downtown Arts District came to life behind-the-scenes, with artists mostly working in closed studios. Today, the art has spilled onto the streets in the form of colorful murals, attractive gallery spaces, and stylish storefronts. But the curious explorer can still find literal and figurative traces of the ‘70s. In addition to the more historic spots that remain, a creative, entrepreneurial spirit abounds. 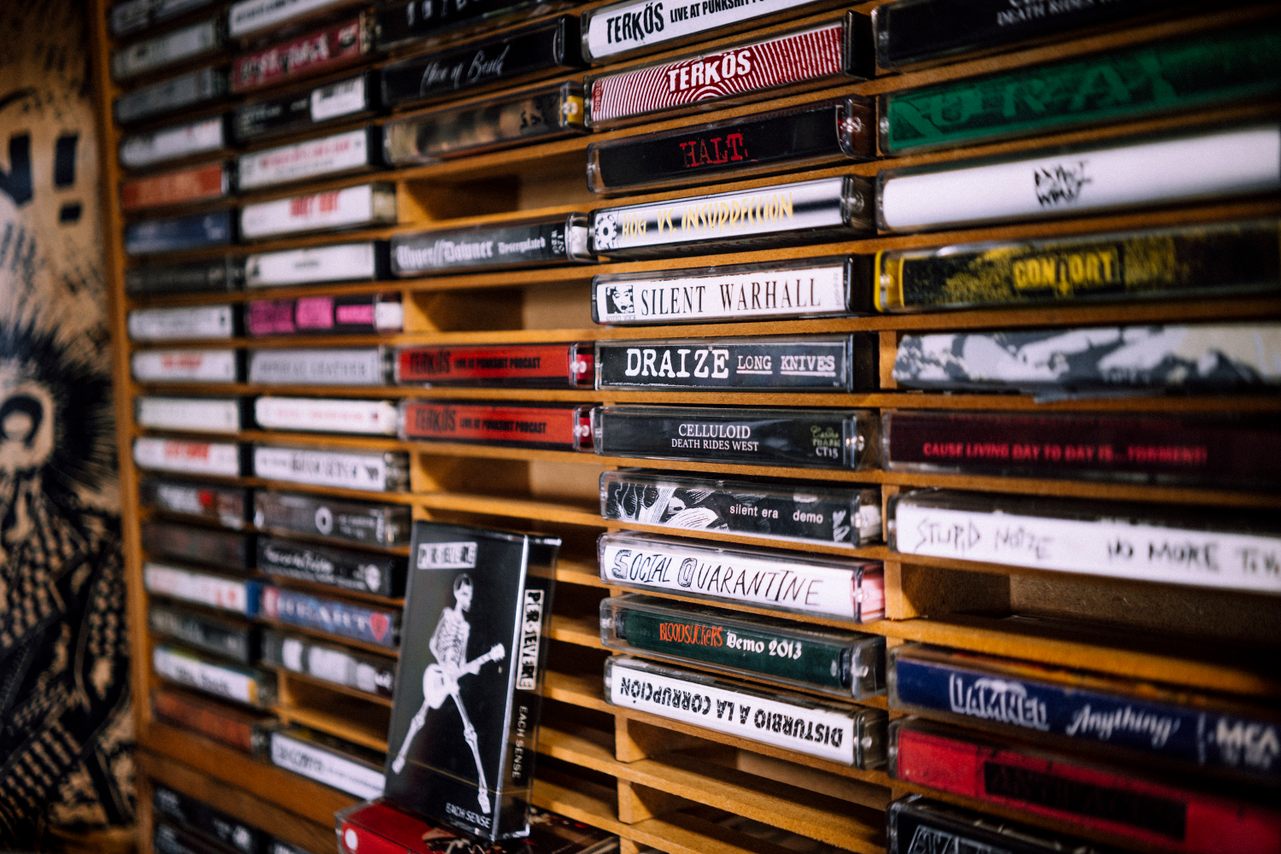 Begin your day at  the Arts District’s southernmost edge. Downtown L.A. was once the epicenter of Los Angeles’ legendary punk scene, and the Descontrol punk shop is a precious relic from this era.

Black as a void aside from a red awning that proudly proclaims the store’s merch (“PUNK SHOP/LEATHER WORKS”), the space might seem intimidating. But the purists who keep this shop open seven days a week are friendly and knowledgeable. Looking for a rare VHS tape, cassette, sticker, patch, or T-shirt? Descontrol offers an array of bric-a-brac of the pre-internet, analog variety. Even if your knowledge of punk history or music in general is iffy, pay the shop a visit and treat it like a museum filled with artifacts from a particular time and place. As an added bonus, the prices reflect a punk lifestyle and ethos: a graphic tee will cost you about $20. 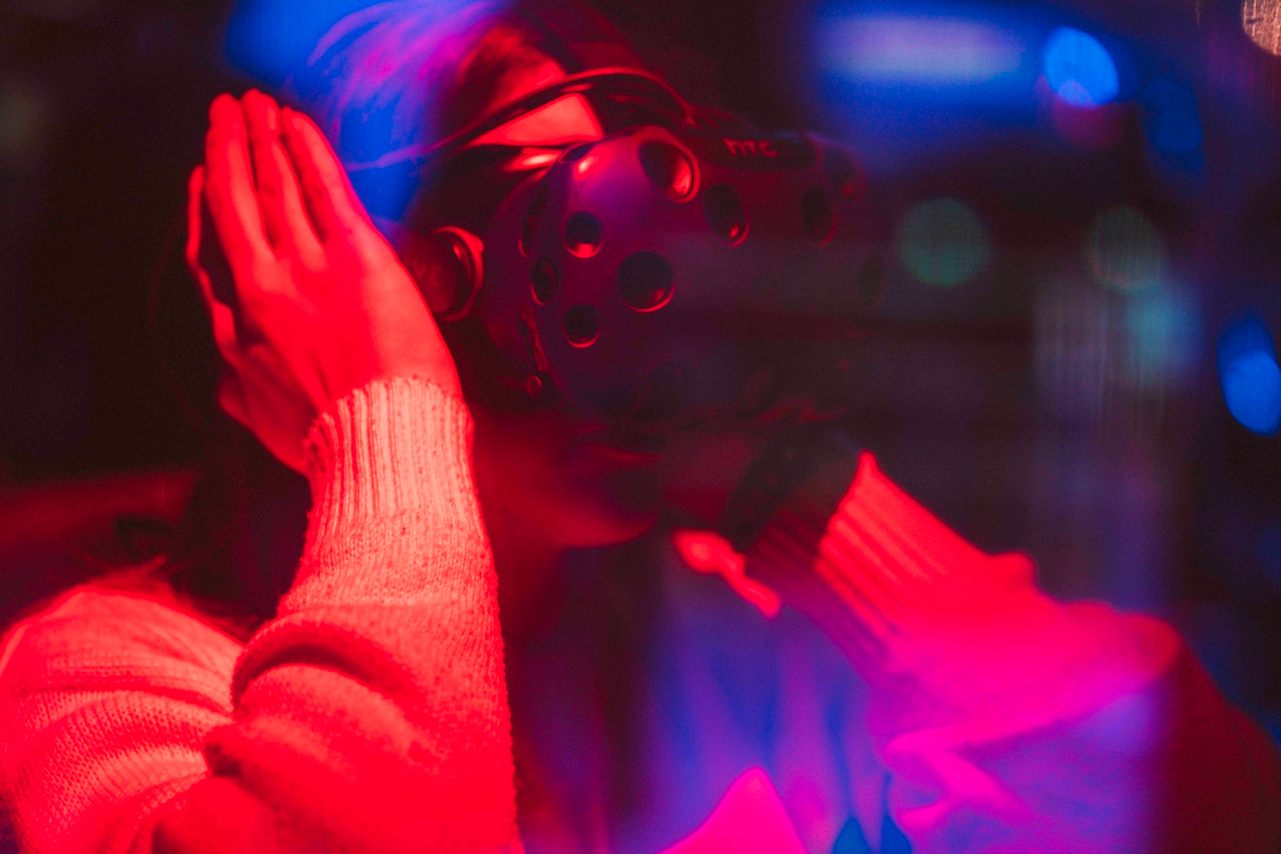 Next, make your way to a space that gracefully blends 1970s and ‘80s nostalgia with the future at Two Bit Circus, a “micro-amusement park” that makes use of cutting-edge technology.

Sidle up to the bar to be served by Gearmo del Pouro, a robot bartender affectionately nicknamed after the horror-fantasy filmmaker Guillermo del Toro. Drink in hand, you’re now free to choose from a wide menu of amusements. If your tastes skew more traditional, there are classic options, including pinball, arcade games, and four-player air hockey tables. The more adventurous can try their hand at virtual reality games, such as PING! (a multiplayer version of the classic '70s arcade game Pong) and Birdly (a full-body VR experience that makes you feel like a bird in flight). If you prefer to eschew technology altogether, there are also a number of escape room-style communal mind games that can be booked for groups in advance.

A beloved carnival gets a modern makeover in Los Angeles.
See More 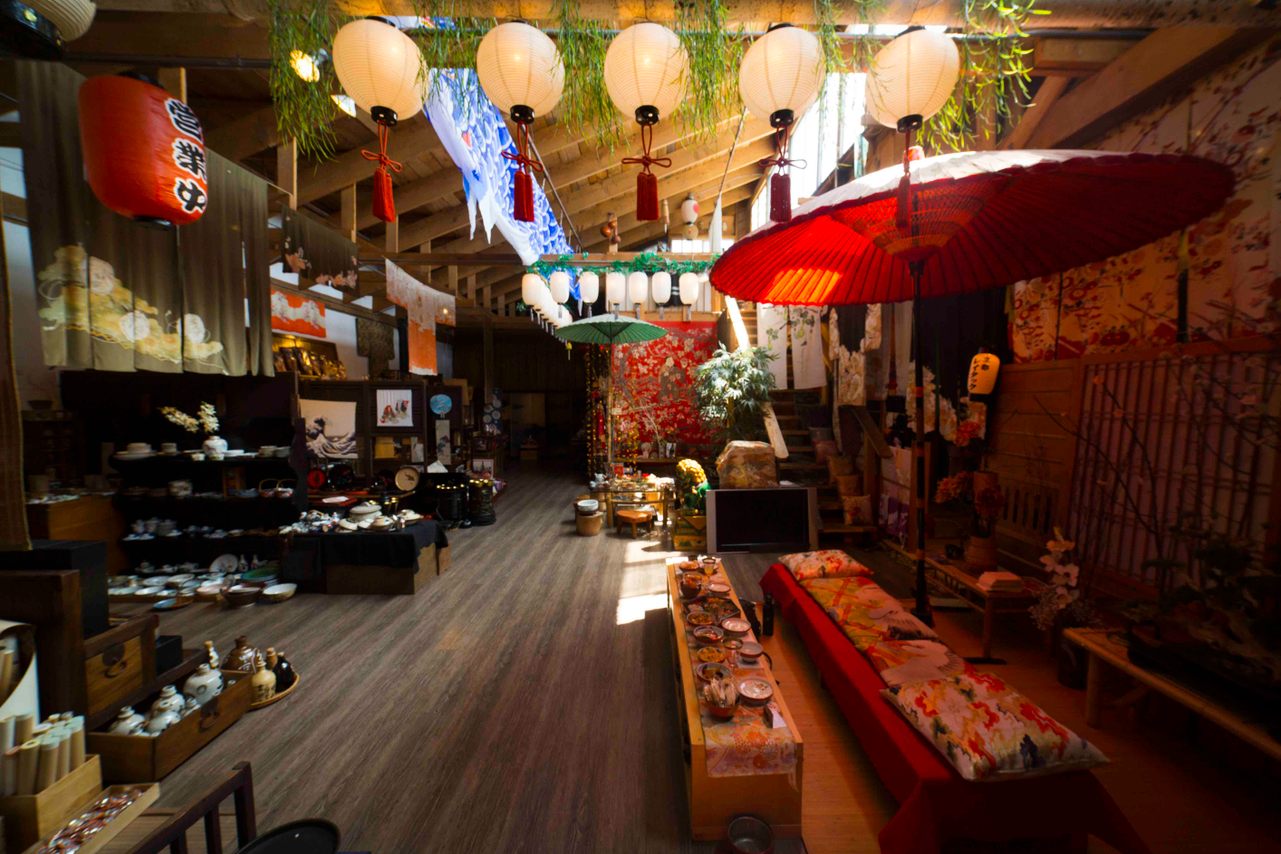 3. A Hidden Paradise Near Little Tokyo

Be sure to make an appointment before you visit the Japanese Cultural Village, a 5,000-square-foot home, loft, and workspace belonging to the fashion designer Peter Lai. It’s filled with Japanese objects that he’s collected over the course of three decades. An effervescent guide, Lai will offer you tea while you tour the space. The “Village” includes a traditional tea garden, Buddhist temple, design studio, and an infinite assortment of ceramics, statues, costumes, and ephemera.

The highlight is a fully functional Kabuki theater, a space where Lai himself occasionally performs for guests (a long-standing hobby of his that once put him on the same bill as Yoko Ono). The theater even has a “backstage,” where his collection of priceless Kabuki wigs and masks are on display.

A fashion designer's dazzling world of Japanese collectibles is hidden in a warehouse downtown.
See More 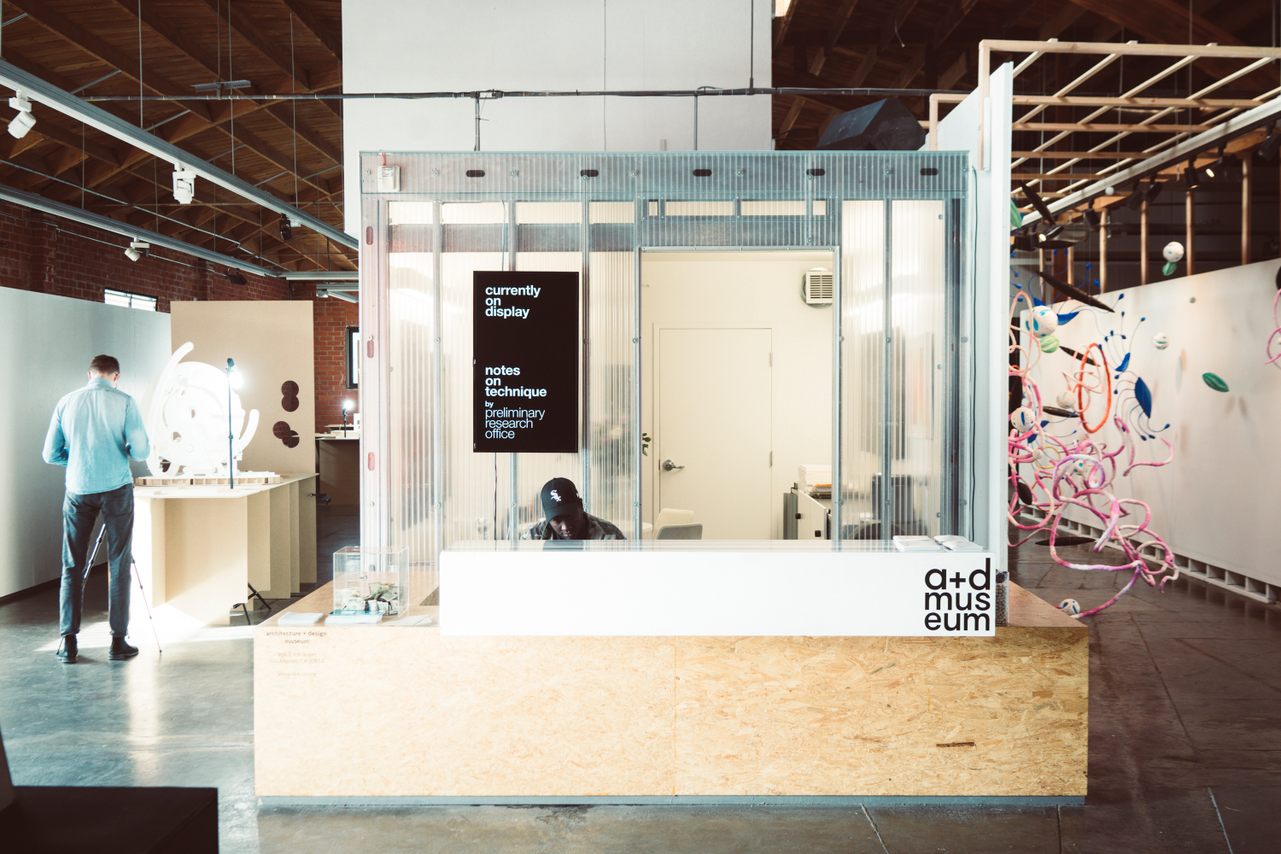 A peek inside the A+D Museum and its current exhibits. Eric Berry
OFFBEAT EXHIBITS

The A+D Museum is a too-often overlooked institution devoted to innovation in architecture, and the myriad ways that design affects everyday lives. With a mission centered on promoting progressive architecture, you might be surprised to learn that this hyper-modern museum first opened its doors in the circa 19th-century Bradbury Building in 2001.

Since its move to the Arts District in 2015, the A+D now offers rotating exhibitions that boggle the brain in a variety of ways. Recent shows  include the “Disgusting Food Museum,” an exhibit showcasing unusual delicacies such as fried tarantula and sheep’s eyeball juice, and “The Mars Pavilion,” which posed the question: “What if robots built our buildings alongside humans?” 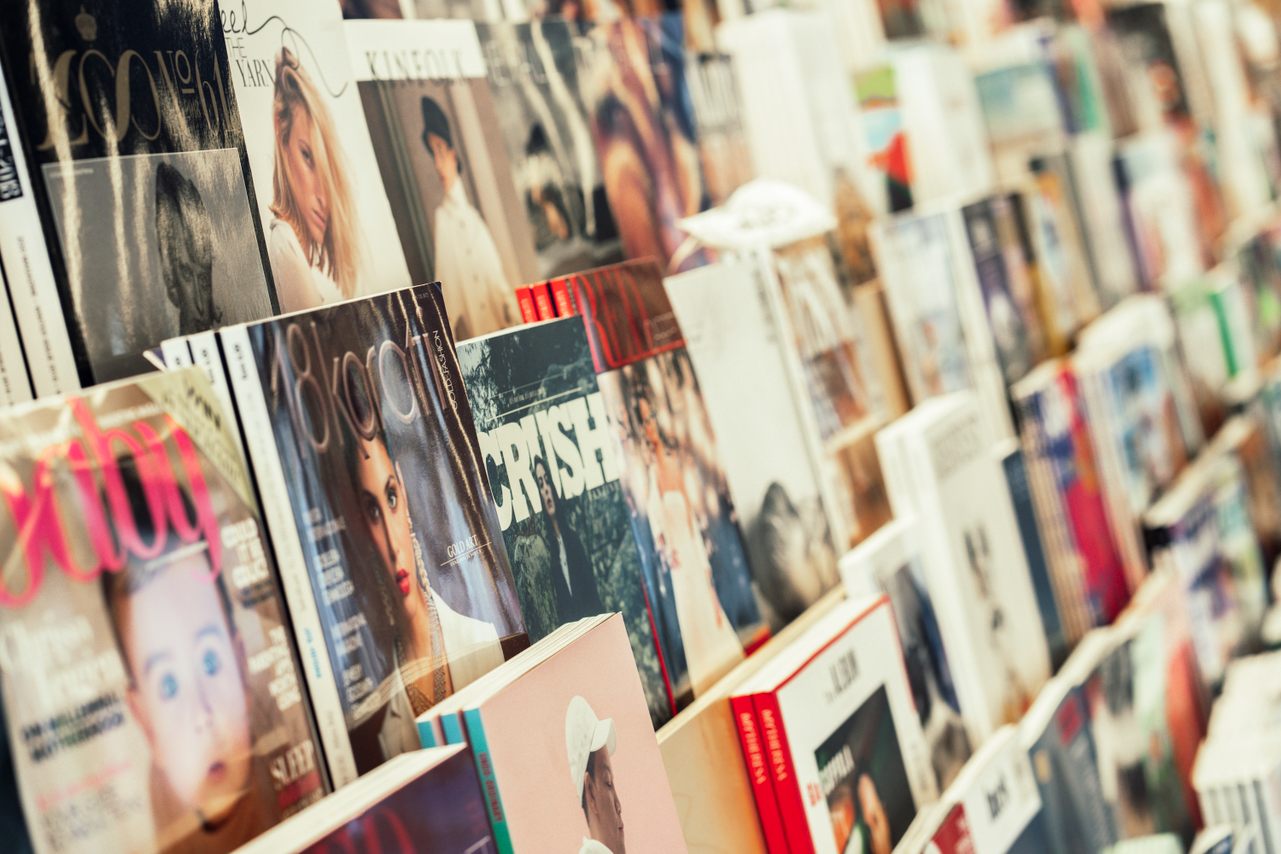 With an open-air entrance, concrete floors, and a minimalist approach to display, Hennessey + Ingalls resembles a contemporary gallery. Art lovers will feel right at home inside this book store specializing in art, architecture, and design.

Though the pricey periodicals and swoon–worthy coffee table books are fun to browse, the massive space is also filled with more esoteric volumes. Students, scholars, and obsessive aesthetes can rely on Hennessey + Ingalls for volumes ranging in subject from body art and tattooing to product design and color theory. If you’re interested in a souvenir, you’re also spoiled here for books that explore L.A. history. 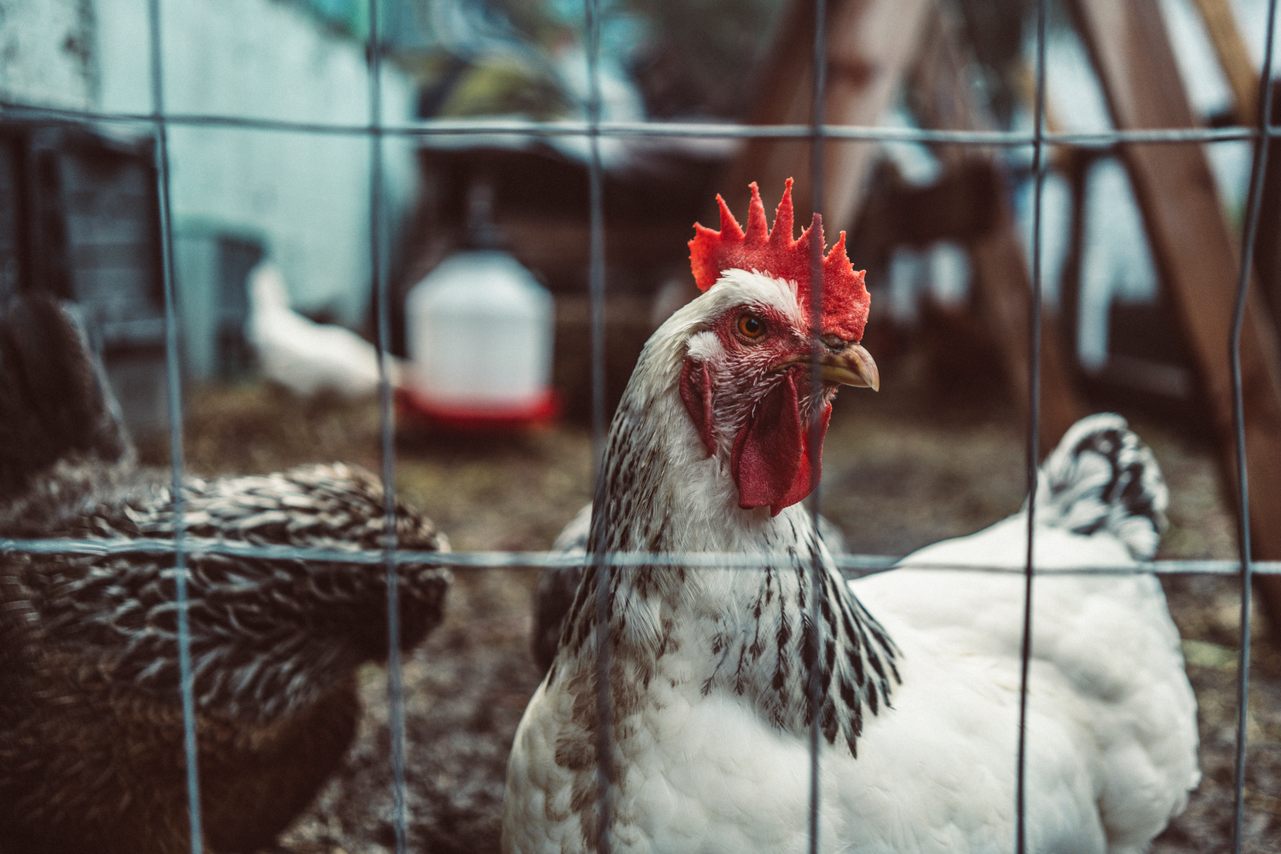 6. An Oasis in an Unexpected Place

Next, stop by international art powerhouse Hauser & Wirth’s Arts District location. Representing some of the world’s most renowned artists, the gallery also has outposts in Zurich, London, and New York, among many other places. The L.A. space opened within the site of a former flour mill in 2016, and historic traces remain. Look out for engravings of wheat bundles that adorn the building’s pillars.

To the right of the main courtyard (which is also home to the restaurant Manuela), is a garden dominated by a striking mural featuring a female figure in prayer. These grounds are a certified wildlife habitat and feature a profusion of edible plants that make their way onto plates at Manuela. There’s also a chicken coop, which is also part of the enterprise: these hens supply eggs to the restaurant.

If you’ve worked up an appetite, have a bite at Manuela. It’s a homey–yet–sleek space with an unpretentious menu of Southern–inspired comfort food. 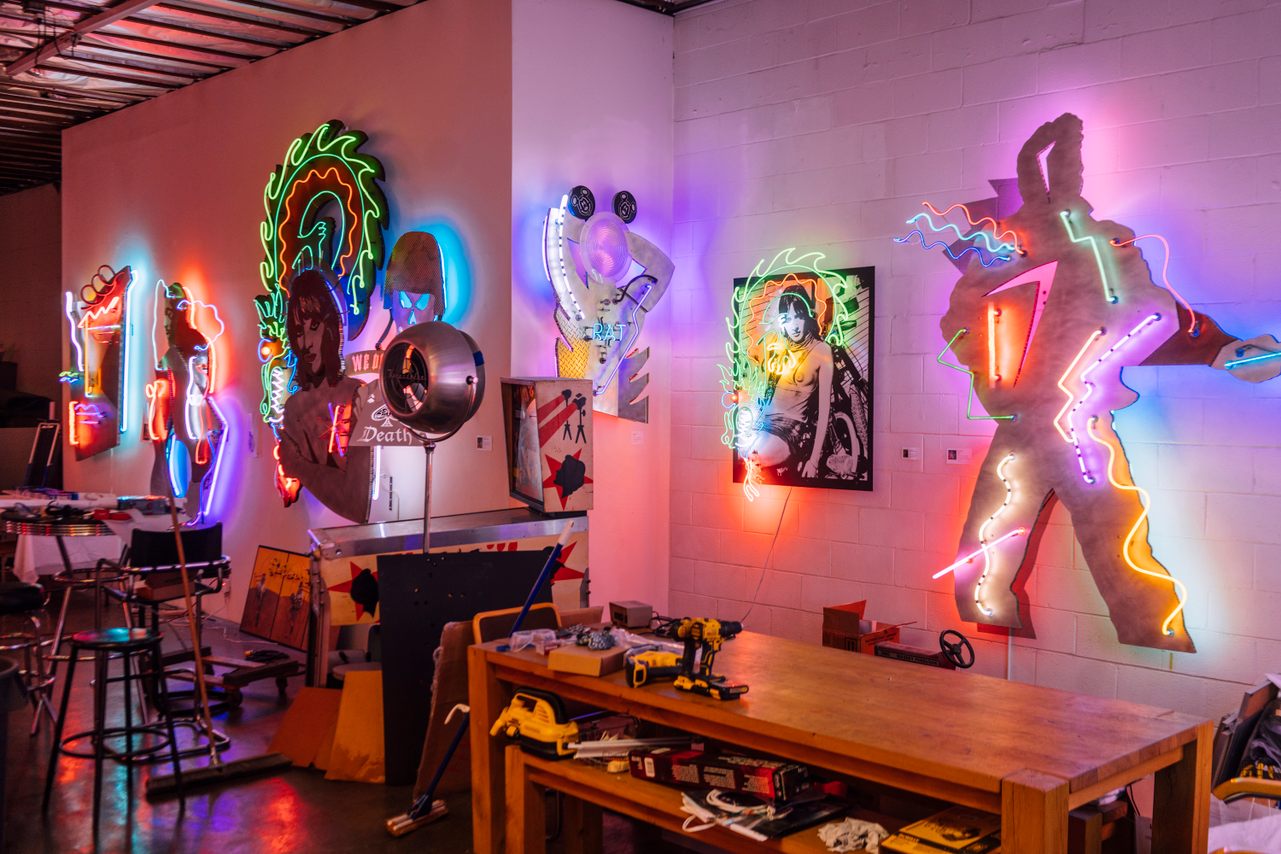 7. An Intimate Tour With an Innovative Artist

A neon-ized Mona Lisa greets you with her sly smile upon arrival at Lili Lakich Studio.

Press the buzzer, and if Lakich is there, the legendary craftswoman herself will invite you into the gallery. (For those who like to plan ahead, it’s best to call and book an appointment). Turning on one neon-based artwork after another, she’ll set the space ablaze with bright, electric lights.

Lakich’s studio has lived in this neighborhood since the 1980s. She’s watched her beloved Arts District transform from an edgy, affordable enclave into a high-end cultural destination. Through it all, she’s stayed focused on her work, making distinctive pieces that incorporate gemstones, metalworks, and a wry sense of humor. She also teaches, offering an eight-week intensive neon course several times a year.

As you head out, it’s worth walking around the corner to visit Joel Bloom Square, a triangle-shaped park on Traction Avenue dedicated to the community activist of the same name. Bloom was a driving force in shaping the Arts District beginning in  the early ‘90s, and was known to many as its unofficial mayor. 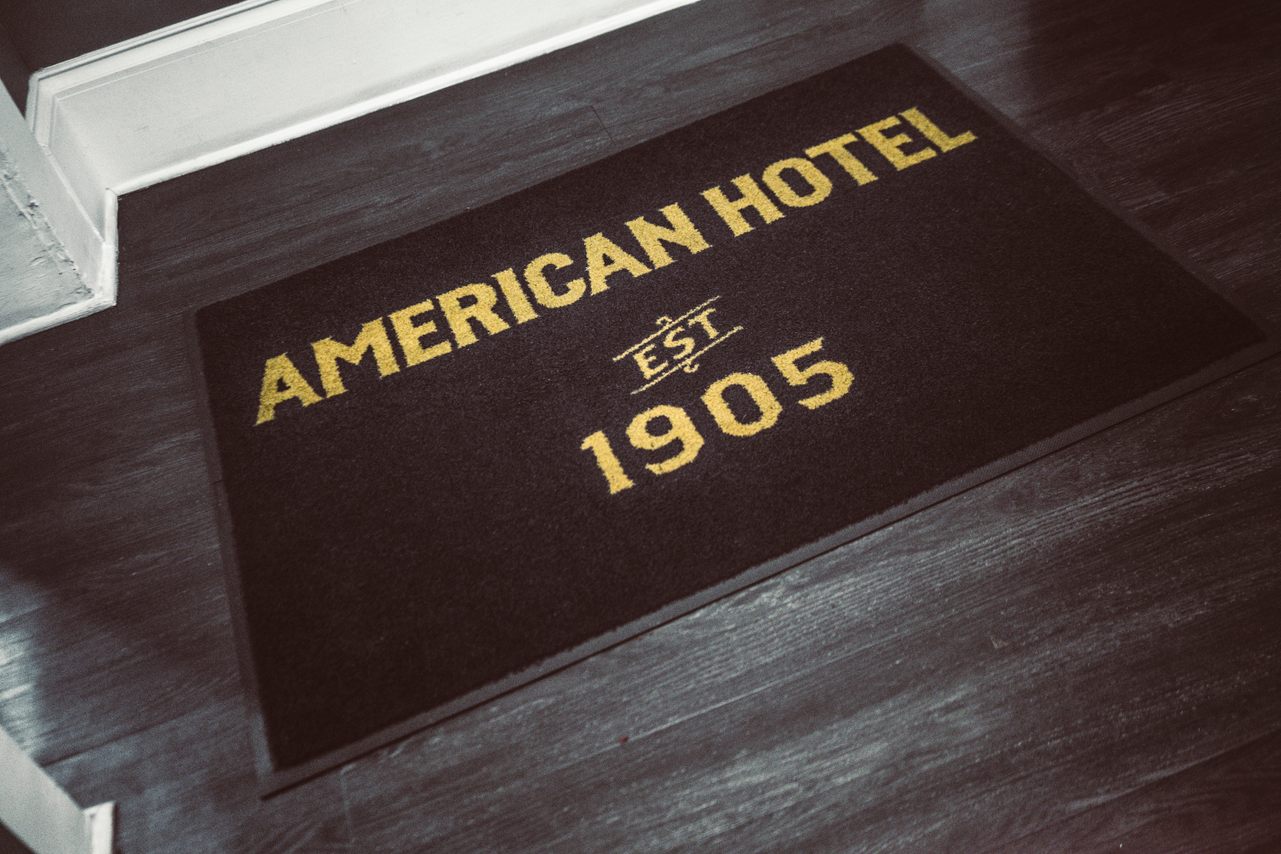 8. A Hotel With a Unique Past

A stone’s throw away from Lili Lakich’s neon paradise is the American Hotel. Its most prominent feature is a realistic, 30-foot portrait of the L.A. pop artist and icon Ed Ruscha, painted on its exterior. Easier to overlook is the building’s historical significance in L.A.’s cultural evolution.

The American Hotel’s story begins in 1905, when it opened as L.A.’s first quality hotel catering to an African-American clientele. Convenient to rail yards, it was particularly patronized by Pullman porters: black men employed by the Pullman Car Company who traveled the country serving rail passengers in luxe sleeper cars. In its early years, the hotel’s ground floor also served as a hub for jazz musicians.

Nowadays, the building is better known as having been the home of the famously raucous Al’s Bar. Opened in 1979, Al’s hosted up-and-coming punk and grunge bands including Sonic Youth, Beck, and the Red Hot Chili Peppers. Currently, the building is a modern, multi-purpose space filled with upscale boutiques, restaurants, and, once again, a hotel. 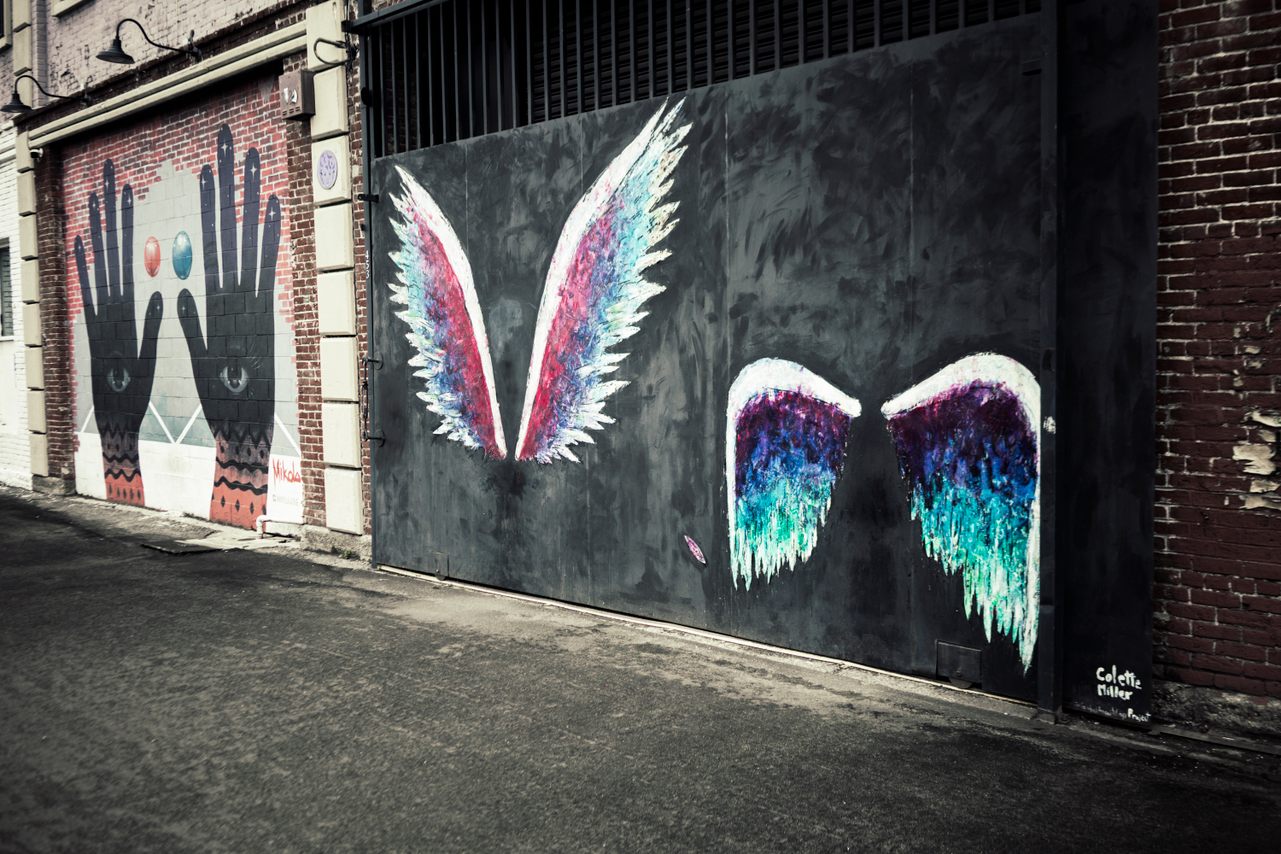 Two can pose at these pair of "Angel Wings." Eric Berry
INSPIRATIONAL ART

Just across the street from the American Hotel are Colette Miller’s original pair of “Angel Wings.” Inspired by the City of Angels, the artist painted these “human-sized” wings in 2012, kicking off a global project that’s spawned more than 10 pairs of wings in Los Angeles alone.

There are now wings around the world, as far away as Kenya and Australia. Though each pair is different, Miller’s wings are recognizable for their blue and purplish palette, painted in a loose, airy hand. Irresistible photo opportunities, the wings have spawned thousands, if not millions, of playful portraits since their inception. 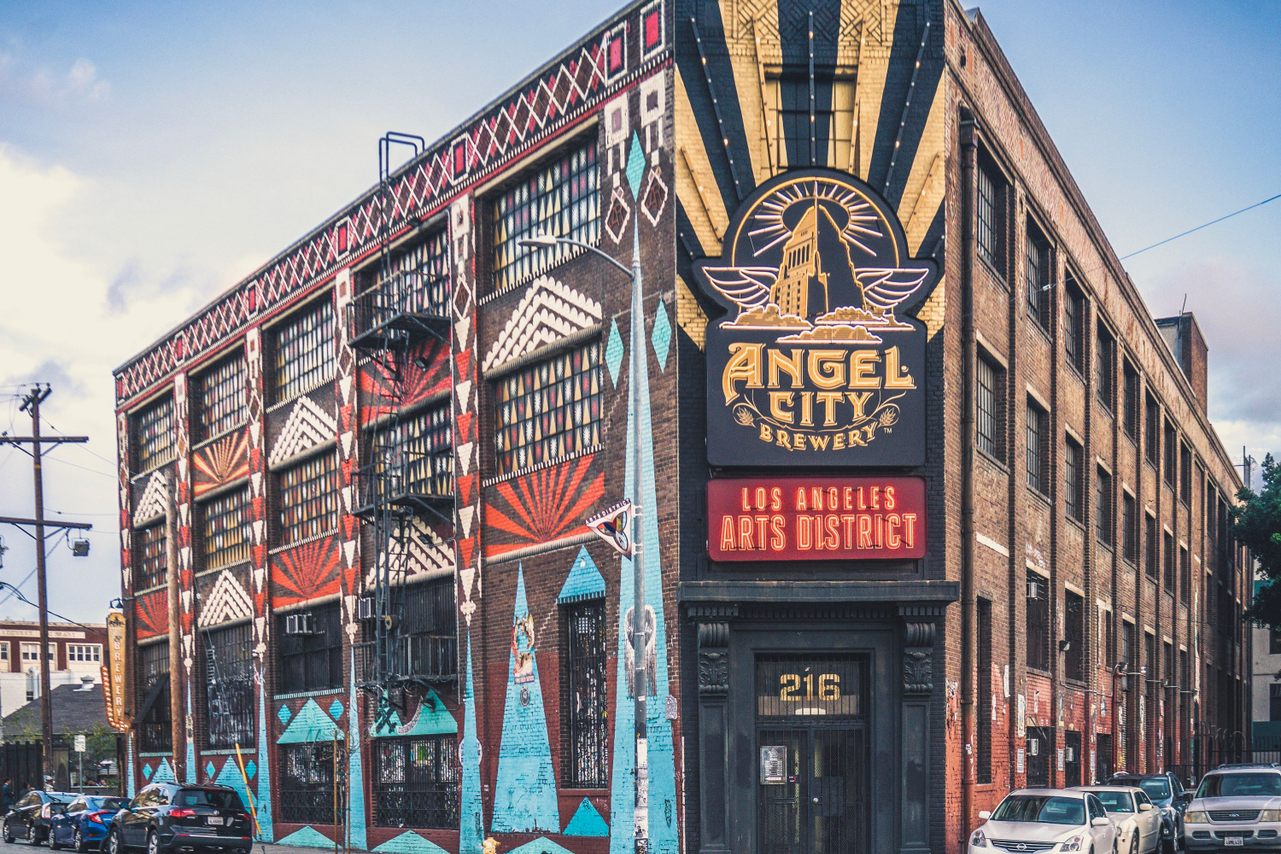 Mull over all you’ve seen and done so far at the Arts District’s favorite haven for craft beer and games.

Housed in the historic John A. Roebling Building since 2010, Angel City Brewery transformed what was an early 20th-century steel cable manufacturing plant into a spacious, modern beer hall. In addition to games including Jenga and cornhole and an outdoor area where food trucks park nightly, the brewery also boasts some unexpected delights. Don’t miss the nearly century-old industrial slide that was once used to transport steel suspension ropes for both San Francisco’s Golden Gate Bridge and the Vincent Thomas Bridge in San Pedro. Tempting though it may be, take note: no sliding, no matter how much liquid courage you’ve imbibed. 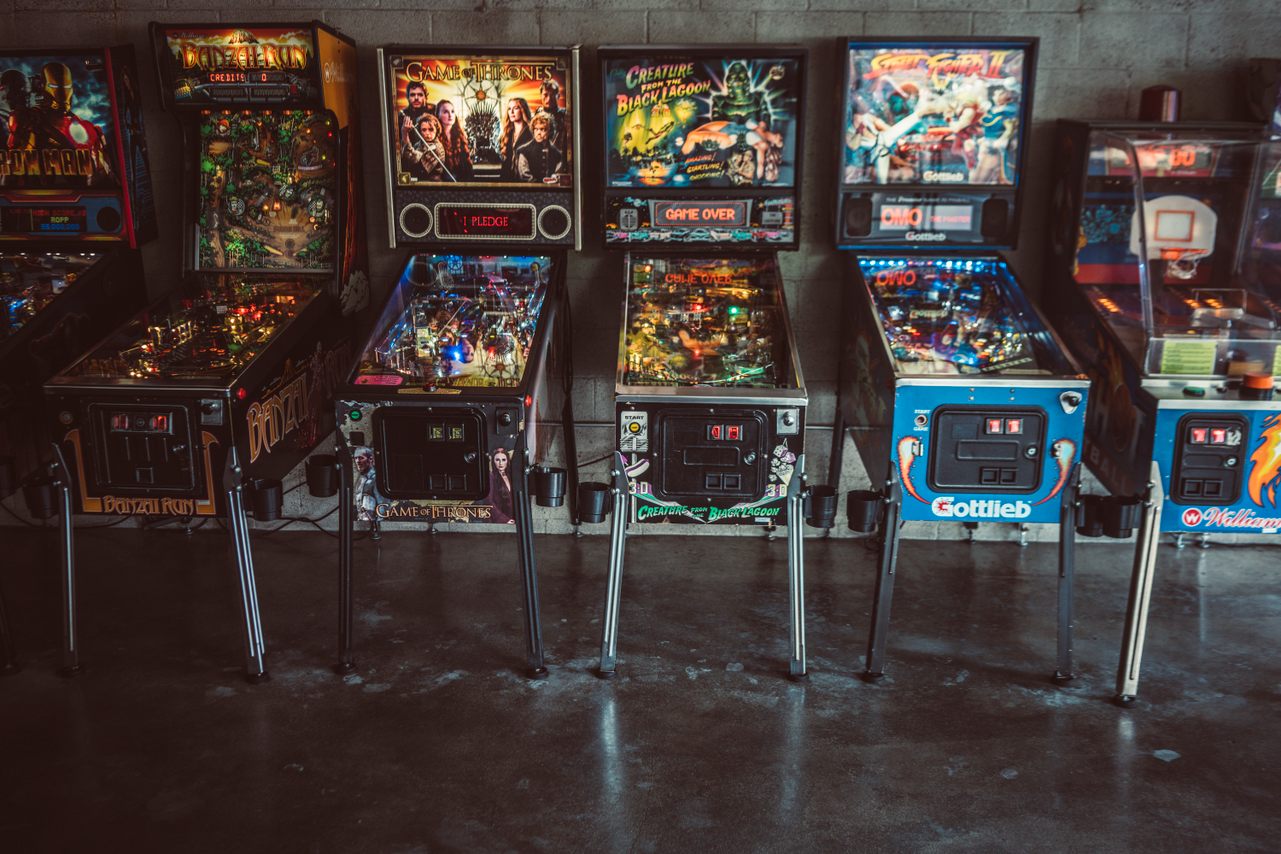 Don't let the fun and games end just yet.

L.A. seems to have caught the same pinball fever as the rest of the U.S. in recent years, and a staggering number of spots have popped up to serve this growing, multi-generational fanbase. EightyTwo is one such space in the Arts District. This no-frills, concrete room is lined wall-to-wall with pinball machines, some of which date back to the 1970s.

Whether you choose to partake or simply observe the action (you can catch the L.A. Pinball League playing there every Tuesday night), allow yourself a few moments to take in the ambient pinging and ca-chinging that could double as a soundtrack for this vibrant part of the city. Grab a drink and take a breather: you’ve just completed a whirlwind tour of one of the most exciting destinations for art and innovation in the world.