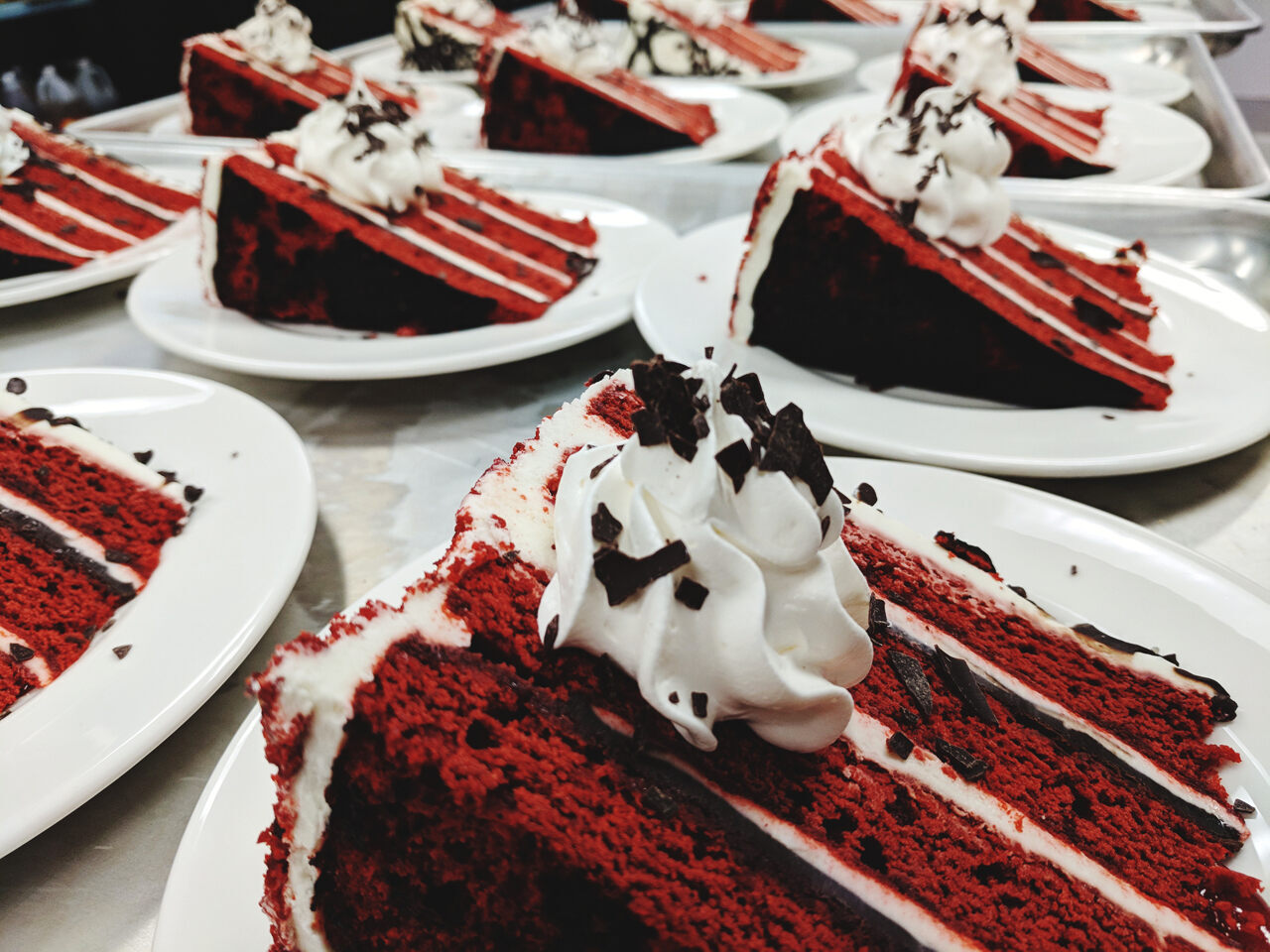 On June 19, Black Americans gather across the United States to feast, as they have done every year since the nation’s enslaved people were freed. These celebrations at public parks have historically included parades, the reading of President Lincoln’s Emancipation Proclamation, and the main event—the food. Prior to the celebrations in 1933, the Dallas Morning News reported that “watermelon, barbecue and red lemonade will be consumed in quantity.” Indeed, laid across their plates were charcoal-grilled meats, greens, black-eyed peas, and teacakes, but also an assortment of foods and drinks with red hues.

Red velvet cake, red strawberry soda, and red punch always made appearances. For a long time, relatives told young ones that the red symbolized the blood of the millions of enslaved people who had suffered and died. But the red foods and drinks may have had a longer history that began on the continent these people were taken from.

Juneteenth celebrations originated in Texas. On June 19, 1865, Union General Gordon Granger issued an order declaring: “The people of Texas are informed that, in accordance with a proclamation from the Executive of the United States, all slaves are free…” This was two-and-a-half years after President Lincoln decreed the Emancipation Proclamation, which declared enslaved people in rebel states were free, but was only practical to those close to Union territory.

For a long time, formerly enslaved people in Texas did not know they were free, and even after they knew, they faced lynchings, rape, and other continued acts of forced labor. But that didn’t stop freed people from celebrating the June 19 announcement, in opposition to the systems of white oppression. This holiday became known initially as Manumission Day, named after the act of an owner freeing their captives, but later the month June and the number 19 became mixed into what’s known now as Juneteenth.

Red foods and drinks were a major way of commemorating that legacy of enslavement and the holiday. But “the practice of eating red foods—red cake, barbecue, punch and fruit—may owe its existence to the enslaved Yoruba and Kongo brought to Texas in the 19th century,” from present-day Nigeria, Ghana, Togo, Benin, and the Democratic Republic of Congo, writes culinary historian and food writer Michael Twitty in his blog Afroculinaria.

Twitty goes on to write, “enslavement narratives from Texas recall an African ancestor being lured using red flannel cloth, and many of the charms and power objects used to manipulate invisible forces required a red handkerchief.”

Professor of history and foodways at Babson College Fred Opie writes that some historians believe the red color could be connected to “the Asante and Yoruba’s special occasions which included offering up the blood of animals (especially the red blood of white birds and white goats) to their ancestors and gods.”

Red, in many West African cultures, is a symbol of strength, spirituality, and life and death. It’s possible this cultural legacy along with these groups’ distinct food knowledge of okra, beans, melons, and many other food groupings—some red, some not—was brought across the Atlantic.

The story is clearer when it comes to drinks. According to culinary historian Adrian Miller, red drinks at Juneteenth celebrations have links to the fruits of two native West African plants: the kola nut and hibiscus. The kola nut, typically white or red, was and still is served to guests as a snack to chew, used as a water purifier, or steeped for tea. The flowers of the hibiscus, too, were often stewed to make a reddish-purple tea called bissap and provided to guests. Both were extracted to the Caribbean and the Americas during the Atlantic slave trade. From watching their captives, plantation owners noticed that the kola nut could be used as an energy booster, digestive, or cold remedy, and made for a stimulating additive to bitter water.

When crushed into a powder, then added into water, the kola nut creates a reddish-brown refreshing drink. Miller also notes that enslaved people used red corn, after a long day of corn shucking, to make their own whiskey. This practice of adding reddish substances to make sweet, palatable drinks was common, so it wasn’t out of the ordinary to see such drinks associated with Juneteenth.

Even after enslavement, the usages started to evolve in different ways in black households, especially in the South. It was common to see homemade teas and lemonades infused with red fruits such as cherries or strawberries. Some drinks were made by taking a red-colored fruit and adding vinegar to preserve it, and then families would add the syrup to water and sweeten it.

“During the Southern Cooking era, molasses and water and red lemonade were inexpensive, refreshing drinks that could be made easily and quickly; their popularity reflected the poor economic condition of African-Americans in the rural South,” wrote Miller in his book Soul Food: The Surprising Story of an American Cuisine, One Plate at a Time.

Food coloring came to preeminence in the late 1800s, and by the 1920s, red-colored carbonated drinks like the Texas-made soda Big Red became part of Juneteenth culinary tradition.

Whatever the origin of each item on the Juneteenth table, collectively, they hold a lot of symbolic meaning. “I love eating red-colored foods, especially red drinks, because it connects me to previous generations of African Americans,” says Miller. “I think about all of those Emancipation celebrations, church suppers, family reunions and other occasions when people got together to celebrate, renew family ties and friendships, and affirm their humanity.”

Dick Gregory was an activist, comedian, and trendsetter for Black vegans.
prisons

Kurt Evans is reducing recidivism, one pizza at a time.
farms

The world's oldest soul food restaurant is also one of its best.
Buckeye, Arizona

A giant mascot, a car bomb, and the mafia mingle in the history of a defunct restaurant chain.
Ashland, Massachusetts

A historic pub with traditional Irish cuisine, fine drinks, and a paranormal past.
Want to see fewer ads? Become a Member.
From Around the Web
Travel With Atlas Obscura
Are you a curious traveler?
Join local experts in 50+ destinations for a once-in-a-lifetime journey.
View Our Trips
Thanks for sharing!