Perhaps the most beautiful of preserved saints, with a little help from Paris.
Place

The Wax and Bone Relics of Saint Vincent de Paul

Saintly bones pressed into a wax effigy of a Catholic superstar.

Back by popular demand! Morbid Monday is Atlas Obscura’s twice monthly feature highlighting macabre stories from around the world 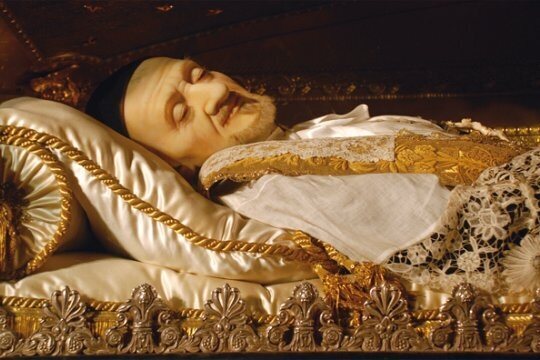 None of the wealthy, attractive Parisians buying their fancy groceries in Paris’s Bon Marché store could imagine that a few steps away from the most expensive supermarket in town survives the “ex ossibus” - literally “from the bones,” the official name for the bones of saints - of Saint Vincent de Paul. These particular sacred bones also come with a very peculiar story…

Born in 1581 in a small southeastern village in France, Vincent de Paul became an important figure in the Catholic faith as the chaplain of the convicts, slaves, and prisoners, and also for Marguerite de Valois, the sulfurous “Queen Margot.”

Like many of Catholicism’s most venerated figures, Saint Vincent de Paul’s body was said to be so pure that it did not decay for more than five decades. (Except for his nose and eyes, apparently less holy body parts than the rest, which did not survive.) Renowned as a symbol of compassion and humility, de Paul was canonized a century after his death. His followers, the Lazarists, carry on his charitable enterprise through their “Congregation of the Mission.” 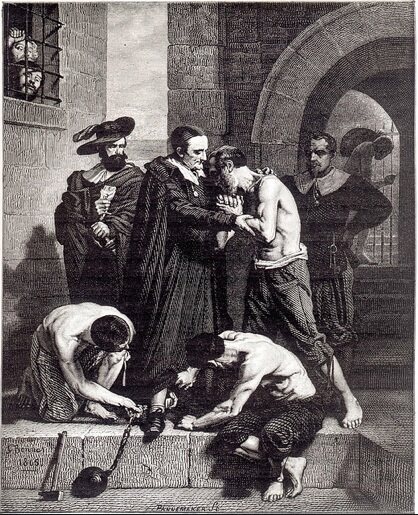 After the French Revolution, the Lazarists installed their congregation in Rue de Sèvres in Paris, where a new chapel was edified in 1817. In order to honor the founder of their community, the priests asked permission of the Archbishop of Paris to transfer the remains of their “Great Apostle of Charity” to the tiny, modest-looking church. But when the vault was opened, the monks found that their beloved incorruptible saint turned out to have morphed into a messy pile of bones; biological realities are cruel, St Vincent ‘s putrefaction immunity was clearly not eternal.

As only “holy hands could manipulate the precious relics,” the Lazarists tried to solve this osteologic jigsaw puzzle themselves. After some desperate attempts to give Saint Vincent his original structure back, the most rational of the church elders made the blasphemous, but very practical, decision to call in some surgeons as reinforcement. Once the saint recovered his human shape, doctors had some embarrassing news to announce: some of the remains were missing.

Some archival research by the church eventually revealed that Saint Vincent’s dismemberment was actually done by the Church itself — previous Church members had sent the Saint’s arms to African and American colonies to help convert heretics. Other finger bones had been offered as gifts to members of Parisian high society for “private devotional use.”

To celebrate the relocation of the remains from Notre Dame de Paris cathedral, the Archbishop organised a procession of the remains of his relic in 1830. Very popular in Paris during the Middle Age, these religious parades had fallen out of favor, especially after the French Revolution. But the popularity of the Saint was so huge that the Archbishop saw a smart propaganda opportunity — the translation of the remains would serve, he believed, to reinforce the authority of the Church in the French capital. The plan turned out to be one of the last great spectacles of Catholic pomposity. 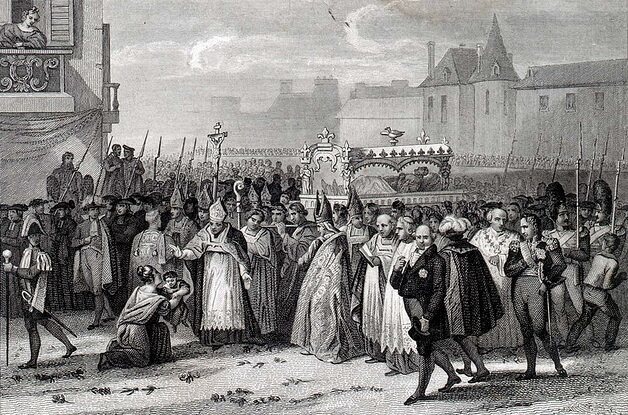 The relics of Saint Vincent de Paul were wrapped in black silk and dressed with sumptuous ecclesiastical garments. The nuns were so unfamiliar with the act that they dropped him and broke one of his leg bones. The numerous missing parts of his fragile skeleton were wired with wood like a taxidermy. Wax representations of his face and hands were crafted to give the relic a human presence, and he was posed clutching to his chest an ivory crucifix from the Notre Dame treasury that had been used to give the last rites to Louis XIII. 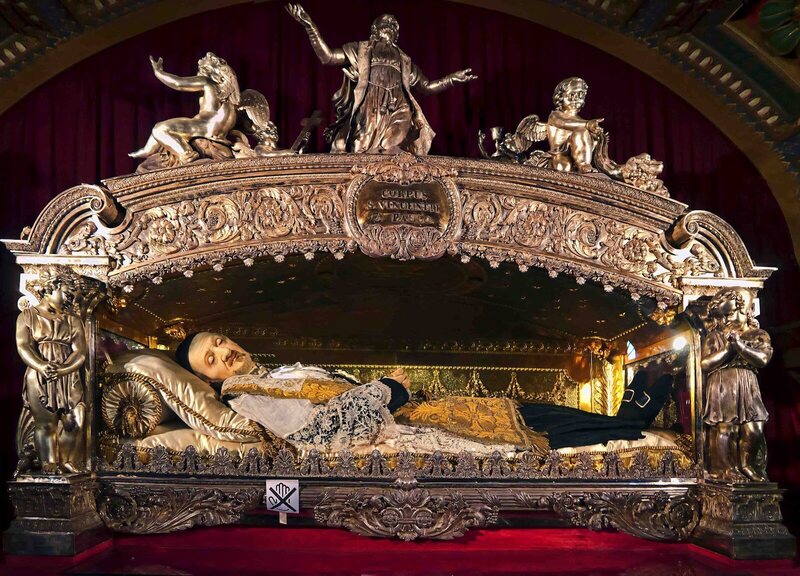 The ceremony drew a large crowd, many more intrigued by the flamboyant aspect of the procession than a devotion to its symbolism. The remains were installed in an impressive glass and silver coffin made by Odiot’s atelier, one of the finest goldsmiths of the era. It took the strength of ten men and weeks of back pain to carry the silver vault around the city to its final destination, where you can admire it today.

See for yourself: The wax and bones relics of Saint Vincent de Paul

Also, if you are in the neighborhood and you fancy more “Sacred Art meets Madame Tussaud” relics, don’t forget to have a look at the incorruptible bodies of Saint Catherine Labouré and Saint Louise de Maurillac in La Chapelle de la Médaille Miraculeuse, just a few steps away from the Lazarist body. For those of you who are relic freaks, also check the story of the almost incorrupt remains of Bernadette Soubirou, witness of the most famous Marian apparition of the Belle Epoque.

Of Shipwrecks and Wrist Bones: The Story of St. Paul’s Remains