6 Cursed Objects, and the Legends Behind Them - Atlas Obscura
Want to see fewer ads? Become a Member. 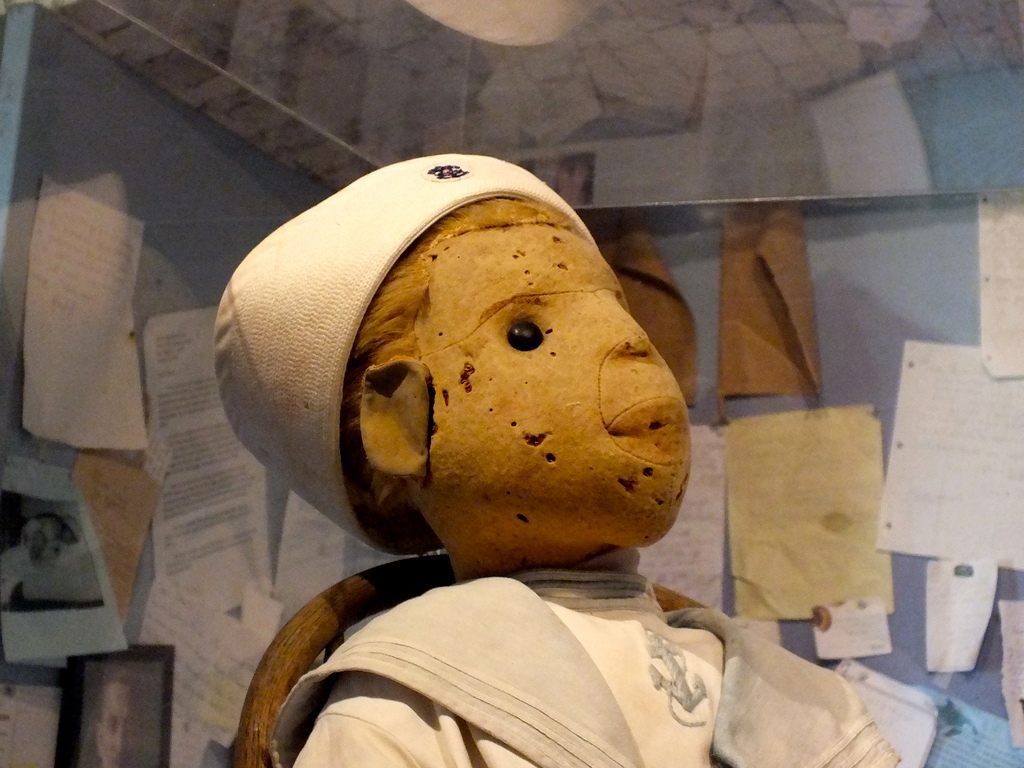 Robert the Doll has inspired a horror movie and regularly gets letters from those who fear they have offended the vindictive toy. CAYOBO/FLICKR

Sometimes a cursed object is easy to spot. Take, for instance, Robert the Doll. With his beady eyes, pitted face, and sailor suit, it’s easy to understand why so many find this century-old plaything unsettling, even malevolent. But, as these six Atlas Obscura favorites show, creepy legends also attach themselves to things you would never expect: a beautiful gemstone, an everyday lighter, or a simple number.

The Story Behind the World’s Most Terrifying Haunted Doll

The children’s toy has more than 100 years of mischief to answer for.

Since 1994, Robert the Doll has lived at the Fort East Martello Museum in Key West, Florida, but the comfortable digs—complete with humidity control and UV-filtering glass—do not seem to have reformed Robert. The museum still gets regular reports of evils attributed to the doll. Robert has been blamed for car accidents, broken bones, job loss, divorce, and a cornucopia of other misfortunes.

How One Mathematician Turned a Number Evil

And you thought 13 was scary.

Belphegor’s Prime has 31 digits—that’s 13 backwards—two sets of 13 zeros and, at its heart, 666, the Number of the Beast. The eerie combination was popularized by author and mathematician Cliff Pickover, who is also to be credited with (or blamed for) the concept of “vampire numbers.”

The Curse of the Stolen Amethyst

Are the misfortunes that have befallen those who possess it just coincidence?

Stolen from India in the Rebellion of 1857, this purple gemstone is now in the collection of the Natural History Museum in London—despite a former owner’s warning: “Whoever shall then open it, shall first read out this warning, and then do as he pleases with the jewel. My advice to him or her is to cast it into the sea.”

These Medieval Books Are Protected by Horrifying Curses

Book owners can be very protective of their libraries.

To fend off the unscrupulous, book owners in the Middle Ages used the only power they had: words. At the beginning or the end of books, they would write dramatic curses threatening thieves with pain and suffering if they were to steal or damage these treasures: “If anyone take away this book, let him die the death; let him be fried in a pan; let the falling sickness and fever size him; let him be broken on the wheel, and hanged. Amen.”

Is This Painting Burning Down Houses?

The British tabloids sure thought so.

A mass-produced image of a crying boy was supposedly found—untouched by fire—among the ashes in several homes in England in the 1980s. The Sun, which estimated there were 30,000 copies of the seemingly harmless image threatening their owners’ safety, offered to destroy the paintings: “That should see the back of any curse there may be.”

Why We Fear White Lighters

There are all sorts of luck-related legends surrounding smoking. Some people turn one cigarette upside down in each new pack they buy, making it “lucky.” Others believe that lighting three or more cigarettes on the same match will bring on bad luck. And then there’s the notion that using a white lighter can bring supreme misfortune.

Can Glowing 'Ray Cats' Save Humanity?

The Story Behind the World's Most Terrifying Haunted Doll

Robert the Doll is Key West's most cursed object.
haunted

Our contributors share stories from spooky locations they’ve visited and which continue to haunt them.
haunted

Haunted places have a lot to tell us about ourselves.
forests

Our Places Team shares spooky legends from both Transylvania and Appalachia.
Video • PinDrop