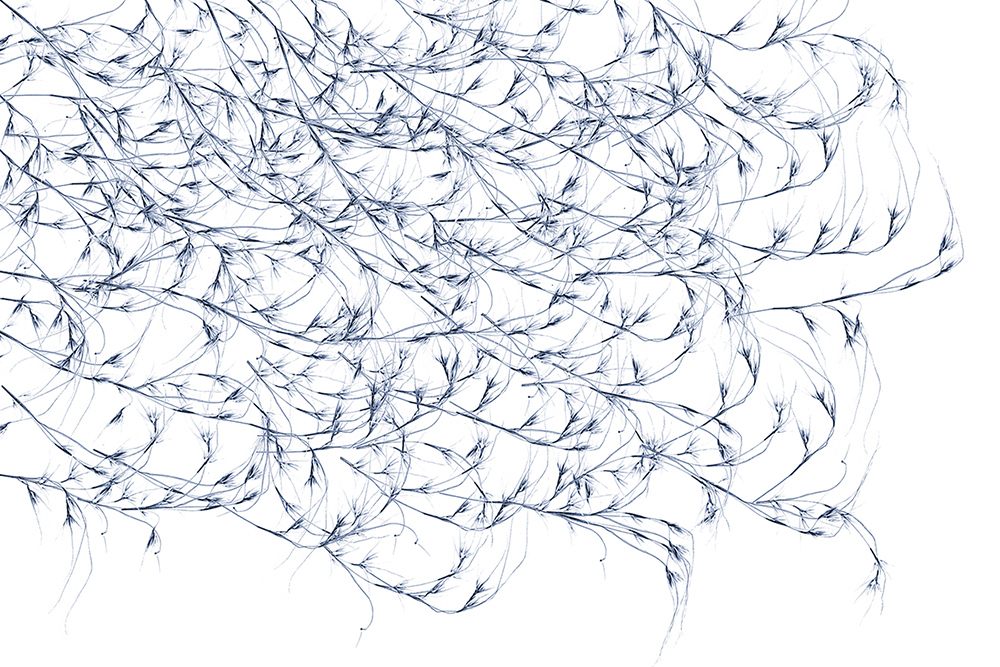 Nearly 2 billion seeds from 38,000 species are stored and processed at this visitable facility in a quiet corner of England.
Place

Nature photographers often zip on warm coats before lugging their cameras into the wintry outdoors. Dornith Doherty, an artist and professor at the University of North Texas, bundles up to photograph nature indoors—and sometimes in suspended animation. Doherty documents the vaults and research hubs that store seeds for any number of uncertain futures.

These archives are sometimes known as “arks of the apocalypse.” Inside, seeds are dried, stored, and safeguarded, often at subzero temperatures. The facilities are insurance against pests, disease, and other forms of destruction that could strike a species. Each seed bank is a botanical backup plan: The hope is that humans can draw on these reserves to save plant populations on the brink.

Since 2008, Doherty has visited these collections to photograph their operations and contents. She has traveled to Australia, Italy, the Netherlands, and Brazil, as well as around the United States. She has documented the Desert Legume Program in Tucson and Yuma, Arizona, and the National Collection of Genetic Resources for Pecans and Hickories, in Texas. Doherty visited Svalbard, the snow-flanked vault on a Norwegian archipelago north of the Arctic Circle, and Sussex, England, to step inside the Millennium Seed Bank, which stores more than 2.3 billion seeds spanning more than 40,000 species. Arranged in rows of glass jars on shelves, they look like pantry staples, such as decanted beans, oats, or rice—but with much higher stakes.

The results are photos of the spaces themselves, and x-rays of the seeds and tissue specimens housed there. Doherty sometimes arrays these in ethereal, gossamer collages that evoke Anna Atkins’s pioneering, 19th-century cyanotypes of British algae. More than a decade on, the project is still in progress. “I think it will continue indefinitely,” Doherty says. “There are over 1,700 seed banks worldwide.” She corresponded with Atlas Obscura about cold vaults in a warming world.

What does it feel like to be inside a seed bank?

Stepping into a seed vault still takes my breath away. They are always bitterly cold and filled with the sound of forced air roaring through the shelves. They are so cold that to enter them, you have to wear arctic parkas and gloves. It is awe-inspiring to be surrounded by fertile and diverse seeds resting in a state of suspended animation, preserved for a distant and unknowable future.

How did you take make these images?

I used table-top x-ray machines that were usually employed for statistical analysis of the seed collections. (For example, they would x-ray to see the percentage of viable seeds in specific seed accessions.) The seed banks do not store plants, but many of the large national banks have research labs associated with them. They grow seeds and clones for research purposes.

What were the biggest differences between the banks you visited?

They differ based on how their specific location ties into the richness of the global distribution of plant life, and the resources they are able to bring to this important effort. Their missions vary. Some banks focus on only economically important plants, and others try to preserve both wild and cultivated plants.

What do you hope a viewer thinks or feels when they look at these images?

Many times the scope of climate change problems makes it seems like individual actions do not make a difference. Although the gravity of climate change and political instability has created a need for an inaccessible vault near the North Pole, the efforts of the individual scientists in the banks around the world have successfully preserved the biodiversity of the plants that have been archived in the vault. I find this gives me hope.

Did being inside the vaults make you feel anxious about the future, or safer, or something else?

Spending time in the seed banks was profound. When you enter a seed bank, you are in one of the most biodiverse locations on the planet. However, the global situation is definitely bleak.

Zayaan Khan runs a "Seed Biblioteek" out of her home.
seed banks

The Rare Seeds That Escaped Syria for an Arctic Vault

Formerly stashed at Svalbard, they've since sprouted in Morocco and beyond.
food

They are being recovered from seed banks, university vaults, and museum shelves.
Want to see fewer ads? Become a Member.
From Around the Web
THE GASTRO OBSCURA BOOK
Taste the World!
An eye-opening journey through the history, culture, and places of the culinary world. Order Now