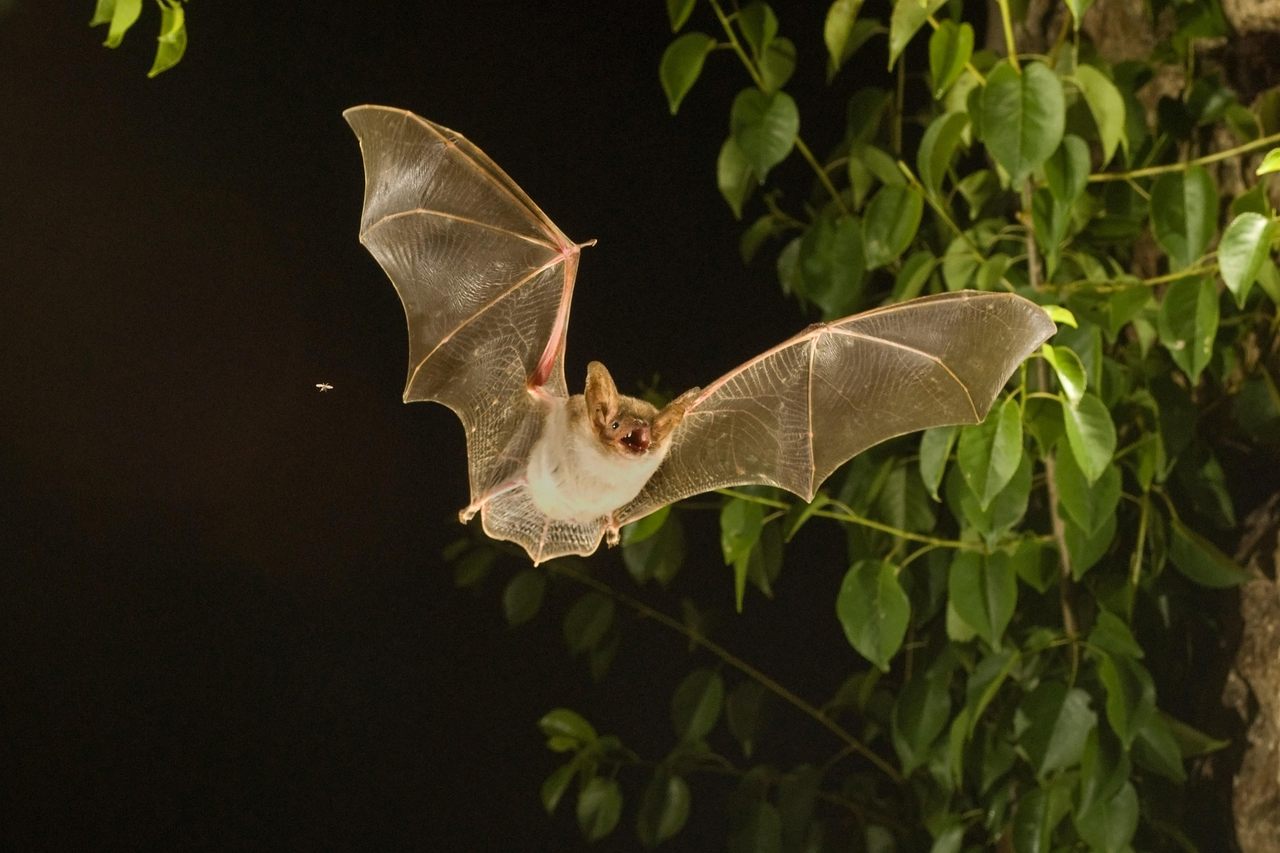 In a dank, disused railway tunnel in West Sussex hangs a brown, furry parcel, the sole known representative of Britain’s rarest mammal. Scientists don’t like to apply emotive adjectives to animals, but if ever there were a lonesome creature, it would be this greater mouse-eared bat.

The bat’s reappearance in December for its 20th winter has astounded its guardians, because of the animal’s great age, but also because it was missing, assumed dead, for nearly two years. Since 2002, the bat—the size of a small rabbit, with a wingspan stretching in flight to nearly half a meter—has spent winters clinging to the cool bricks of the tunnel. But it vanished in December 2019 and was missing when members of Sussex Bat Group returned in January and February 2020.

Last year, the pandemic prevented a count, so its fate was unknown. “We assumed it had run its course,” says Tony Hutson, a bat expert and retired entomologist from the Natural History Museum, who discovered the bat. “But it returned and looked pretty healthy this winter.”

Where Britain’s rarest mammal spent the pandemic is just one question among many it poses. Each spring, the bat stirs, flaps slowly down the tunnel and vanishes into green woodlands beyond. It remains unseen until the following winter, when it returns to its hibernation roost. Where did it come from? Why is it here? Why is it alone? And can it be helped?

When it was declared extinct in 1992, the greater mouse-eared bat, Myotis myotis, was the first land mammal to disappear from Britain since the wolf, about 250 years ago. Most bats zigzag through the sky collecting insects, but this species descends earthwards, swooping upon grasshoppers, crickets and dung beetles. Often, it will flop on to the ground, wings outstretched to fold over its prey.

There were never many of these bats in Britain. When a colony was discovered in 1957 in the Isle of Purbeck, a peninsula in Dorset, it caused a sensation. Photos were published in the Times and several animals were prodded out of hibernation to be filmed in TV studios. Disturbing the bats mid-hibernation probably killed some of them. Others were spirited away by collectors. The species was barely seen again.

Hutson is not the original champion of Britain’s greater mouse-eared bats. The first was a tea planter from Sri Lanka (then known as Ceylon) called William Watt Addison Phillips, who retired to Bognor Regis in West Sussex in 1959, shortly after the frenzy in Dorset. While exploring dilapidated tunnels with his grandson, Phillips discovered a small colony of the bats. He proceeded to shoot a couple for donation to the Natural History Museum.

When Hutson discovered the bat in 2002, he hoped this young male would lead them to a secret colony. But a media appeal brought no sightings. He scoured chalk mines and disused lime kilns. An attempt to extract DNA from bat hair, to identify the individual’s origins, failed. He considered putting a VHF radio tag on the animal, but feared the imposition could kill it. In 2007, the bat was taken carefully from the wall for a short inspection. It was in good health, but very much alone: its genitals showed it had never been sexually active.

In March 2018, I accompanied Hutson into the tunnel to meet Britain’s loneliest bat. It is difficult to bond with anyone who is deeply asleep, head tucked out of sight, but it was a small, tranquil being (and a paler brown than I had imagined).

When the Irish playwright Barry McStay read the Guardian article I wrote about the bat, it inspired him to write Vespertilio, a play about Alan, a devoted conservationist guarding a rare bat. The middle-aged bat lover meets a young homeless runaway and the unfolding fiction explores loneliness within the gay community, love, deceit, and redemption.

The critically acclaimed play opened in London in 2019 in the apposite surroundings of a disused railway tunnel beneath Waterloo station. Later that year, the bat disappeared. Now that it has reappeared, there are calls to solve the riddle of its existence.

“When it first turned up, I thought it was a pioneer and there were others around, but now I think it’s just a stray that got over here from the continent somehow and hung on,” says Hutson. The Sussex Bat Group volunteers have done all they can, but Fiona Mathews, a professor of environmental biology at the University of Sussex, suggests professional conservationists should take action. She is calling on Natural England, the U.K. government’s adviser for the protection of nature, to investigate whether more greater mouse-eared bats are living undetected in Britain. Genetic identification of bat droppings found in large roof spaces where the species could roost could reveal individuals secreted away—in the roof of a stately home, for instance.

“This individual bat is getting quite geriatric now. It’s a fascinating thing, but I keep turning over in my head what could be done. Why aren’t we doing more about this?” says Matthews.

In mainland Europe, the species thrives around vineyards, which provide bare ground where it can easily find prey. Perhaps the proliferation of wine-making in Sussex could boost this impossibly uncommon bat in Britain.

“Given that we think Britain is going to become more suitable for the species with climate change, why don’t we have a recovery program for the greater mouse-eared bat?” asks Matthews. “We know this species is losing its range in southern Europe. They will probably need to move north for their survival. They are in northern France, which is not that different and not that far away. Maybe they just need a helping hand across the Channel.”