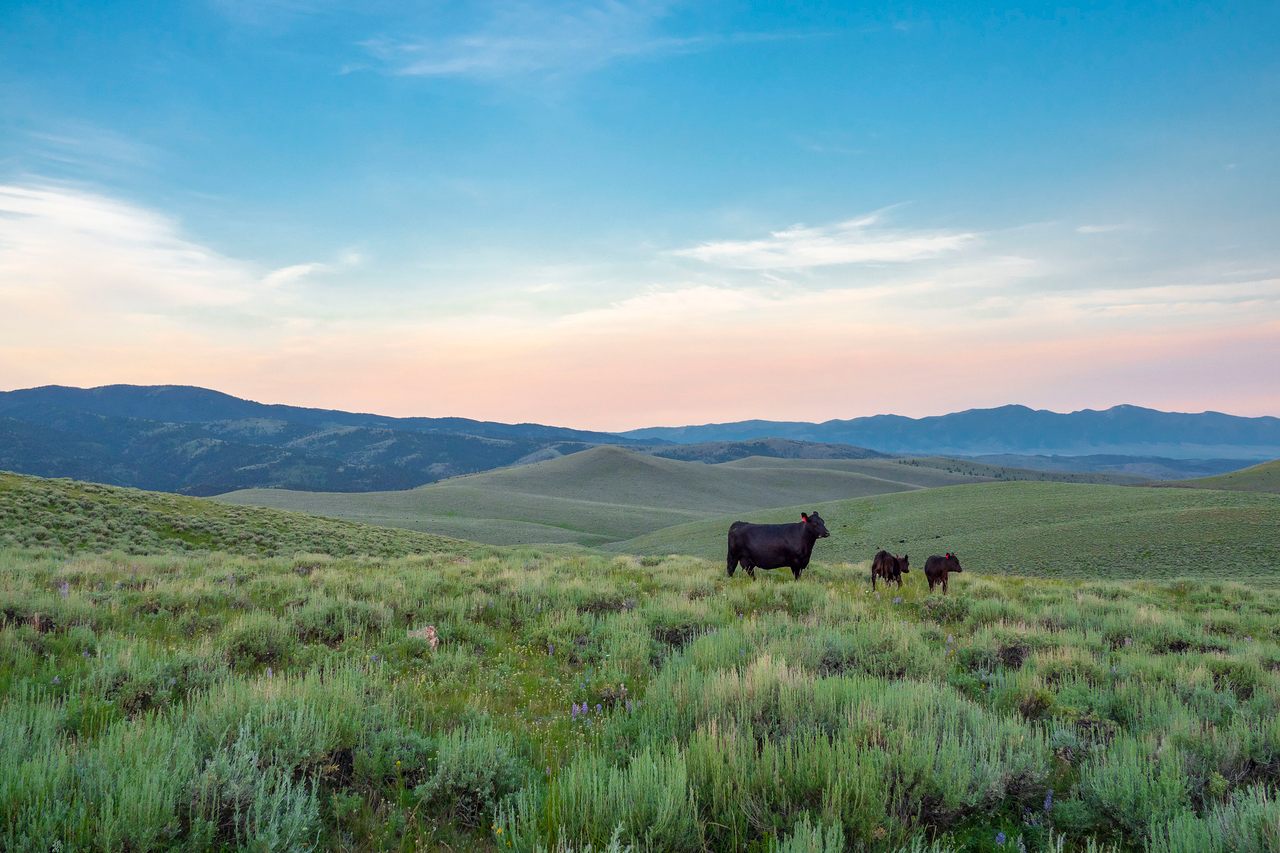 Cattle—like these ones grazing on the Gravelly Mountain Range in the Beaverhead-Deerlodge National Forest—burp a whole lot of methane. U.S. Department of Agriculture/Public Domain

This story was originally published in Grist and appears here as part of the Climate Desk collaboration.

How scary are cow burps, exactly? Measured by their planet-warming power, methane-filled livestock belches are the equivalent of 850 coal plants burning year-round. But scientists have found that spicing up cattle feed with a little seaweed can dramatically reduce the methane they produce, according to a new study out March 17.

The promise that feed additives could make cows more climate-friendly can seem too good to be true, and it often is. Researchers have tried cloves, garlic, peppermint, and eucalyptus oil, and will get amazing results in test tubes, then find nothing works so well in the real world. In ads last July, a yodeling kid announced that Burger King would buy lemongrass-fed beef, a publicity campaign that lasted until scientists pointed out that lemongrass didn’t end up squelching much methane.

By contrast, the evidence on a tropical red seaweed, Asparagopsis taxiformis, keeps getting stronger. Scientists began studying the effects of putting seaweed in cow feed in 2005, and as the experiments have moved out of the lab and into the barn, the promising results held up. The latest study, published in the journal PLoS One, shows that when 21 beef cattle ate a little bit of seaweed—less than a cup—mixed in with their feed each day, they burped out 82 percent less methane.

“This is much more than I expected, to be honest,” said Ermias Kebreab, an animal scientist who studies greenhouse gas emissions at the University of California, Davis. “I didn’t think we would get 80 percent reduction—that’s absolutely huge.”

A company working on the problem of growing and supplying seaweed to farmers, Blue Ocean Barns, helped pay for the study. Blue Ocean Barns obviously has an interest in showing that this works, so in addition to seaweed, take these results with a grain of salt. But just a grain: Kebreab is a highly respected scientist, paid by your tax dollars, and another study in 2019, funded by the government, got similar results with dairy cows.

This new study asked the kinds of questions that will determine whether seaweed succeeds in the real world. Would its effectiveness wear off over time? Would it still work if the cattle ate more grass and less corn? And would the seaweed impart a scent of low tide to the beef?

The answers were positive, by and large. It didn’t matter that the seaweed was 3 years old, and it kept working throughout the five-month trial. The cattle fattened up just fine. Afterward, researchers cooked some steaks on a George Foreman grill and taste testers found it indistinguishable from other ribeyes.

The results, however, did depend on the rest of the diet. Just like humans, cattle that eat more fiber are gassier. The study showed that the seaweed still worked in cattle eating mostly roughage, just not as well—cutting burps by 60 percent instead of 80 percent.

But even at the low end, a 60 percent reduction is huge. Getting grass-fed cattle to produce less methane is crucial, because most cow-based emissions come from cattle grazing on hilly pastures, rather than those chewing corn in feedlots.

So how long until ranchers start putting seaweed into their feed? There are still two major hurdles. The Food and Drug Administration classifies feed additives as drugs, so scientists need to complete clinical trials on cattle eating seaweed, which Kebreab said are already underway. Companies also need to figure out how to grow this red seaweed efficiently enough to provide it at a low cost. Blue Ocean Barns and another company, Symbrosia, are experimenting with seaweed farming techniques in Hawai’i.

Scientifically, it works. Profitably? That’s the next question.

Why Hawaiʻi Is Perfect for Rainbows

How the 'First Lady of Seaweed' Changed Science

Isabella Abbott, the first native Hawaiian woman to earn a doctorate in science, rewrote the book on her beloved limu.
science