The World’s Only Traditional Māori Garden Was Made From Memories - Gastro Obscura
Want to see fewer ads? Become a Member. 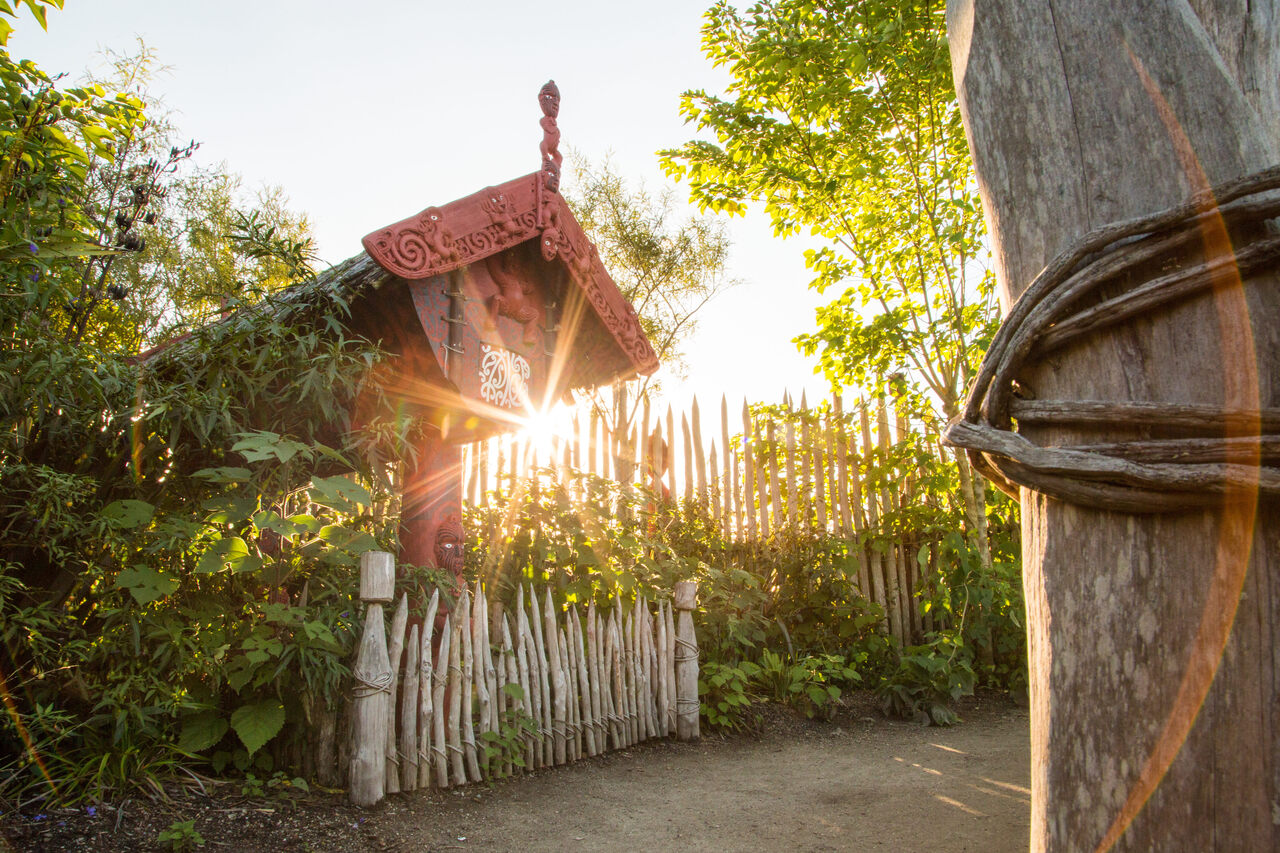 Storehouses like this one stored both sweet potatoes and valuables. Courtesy of Hamilton Gardens
In This Story
Place

The city of Hamilton, on New Zealand’s North Island, is cradled by the long Waikato River. For centuries, the Tainui tribes of the Māori cultivated massive gardens here. Even after European contact, they grew crops for themselves and to sell to new settlers. But by the mid-19th century, the gardens were gone.

At the Hamilton Gardens, one has returned. The complex is something of a garden paradise. Many botanical gardens feature Japanese gardens and kitchen gardens. Hamilton has those. Not too many gardens have a Modernist garden and a steampunk blimp. But Hamilton also has something unique: Te Parapara, a recreated, pre-European Māori garden.

The Hamilton Gardens got off to a humble start, says director Dr. Peter Sergel. Not long ago, the site of the gardens “was the rubbish dump for the whole city.” As a child, he remembers the site swarming with seagulls and rats. While it was an interesting romping ground, Sergel grew up and became a landscape architect. Forty years ago, he drew up the plans for a facility that would take visitors through thousands of years of garden history. According to him, a Māori garden was always on the menu. “It’s part of our tradition, and culture, and heritage,” he says.

Wiremu Puke, an ethnographic researcher from the Ngāti Wairere clan, helped design the garden. One early missionary account, he says, described “a near-continuous, unbroken line of cultivation along the banks of the Waikato.” When European contact introduced new vegetables, gardeners adapted and adopted, shipping their produce to Auckland and even Sydney, Sergel explains. Puke goes even further, noting that the produce made it as far England and the California gold fields. Unfortunately, this success contributed to the confiscation of Waikato lands by the British crown in the mid-19th century.

More than a century later, work on Te Parapara began in 2003. “Really, this garden had to be designed by local Māori experts,” says Sergel. Puke agrees. “Te Parapara offered an opportunity to revive many of the aspects of traditional Māori material culture that had been extinct for over 200 years.” Namely, the elaborate ochre-painted carvings, many designed by Puke (who also trained extensively as a carver). Each element of the garden, Puke says, is modeled on “very solid empirical research from all sorts of multidisciplines,” along with traditional Māori oral knowledge. The result, he says, is a garden that tells the story of the Ngāti Wairere, the first inhabitants of what is now the city of Hamilton.

Recreating what was lost ended up being a race against time. “There were very few Māori elders surviving,” Puke says. “This garden had to be done very quickly, in order to capture that knowledge before they passed away.” In particular, he points to the astrological knowledge shared by his late uncle, who was raised by grandparents born in the mid-19th century. Puke was then able to interpret that knowledge into the garden’s carvings.

At the moment, the garden grows five rare types of kūmara, or sweet potatoes. In Puke’s opinion, the smaller traditional kūmara are sweeter and tastier than the huge varieties available in stores. But kūmara, Sergel notes, are still a bit of a mystery. While extremely important to Māori culture, sweet potatoes are South American. It’s unknown when⁠—or how⁠—they arrived in Oceania.

“The story is that the Polynesian voyages went over and introduced chickens to South America and brought back the kūmara, but I’m not sure it’s ever been proved,” says Sergel. Like in traditional Māori farms of the past, they’re the main feature of the garden, grown in regular mounds, or puke. To grow kūmara in cool, rainy New Zealand, Puke notes, the gardeners of yore mixed the soil with pumice and charcoal to keep them warm and encourage drainage. At one point, in the Waikato area, there were 2,000 hectares of this modified soil. Kūmara, taro, paper mulberry, and other traditionally cultivated plants of the Polynesians grow in the garden. But “they probably bought other plants that have been lost,” Sergel says, since New Zealand isn’t exactly a tropical paradise. (Irrigation keeps frost from nipping too badly at the taro.)

The centrality of the kūmara is reflected in the garden’s largest storehouse, or pātaka, whose design depicts the genealogy of the Ngāti Wairere. These buildings were considered semi-sacred, and while their height was meant to protect the kūmara inside from hungry rats, they also stored valuables such as weapons and cloaks.

At Hamilton Gardens, the staff is building and planning new gardens, including one from ancient Egypt as well as a greenhouse-sheltered Pacific garden that will grow Polynesian vegetables and fruit. But Te Parapara, which is now finished, remains unique. Reminiscing about the project, Puke remembers his initial pitch: that “no other city in New Zealand would have a garden like this.”

Home gardeners planted despite an initial federal policy of leaving farming to the professionals.
food

A food designer used quarantine to track down the mystery produce in his grandmother's cookbook.
museums

Restoring the grounds and its rare, heirloom crops recreated what was effectively the country's first seed bank.
canals

The chinampas that nourished Tenochtitlan may hold the key to better urban gardens.
Video • PinDrop

Events may be canceled, but you can still enjoy historic blue-ribbon recipes.
Read more
Thanks for sharing!