Can We Make a 3-D Map of the Whole World? - Atlas Obscura 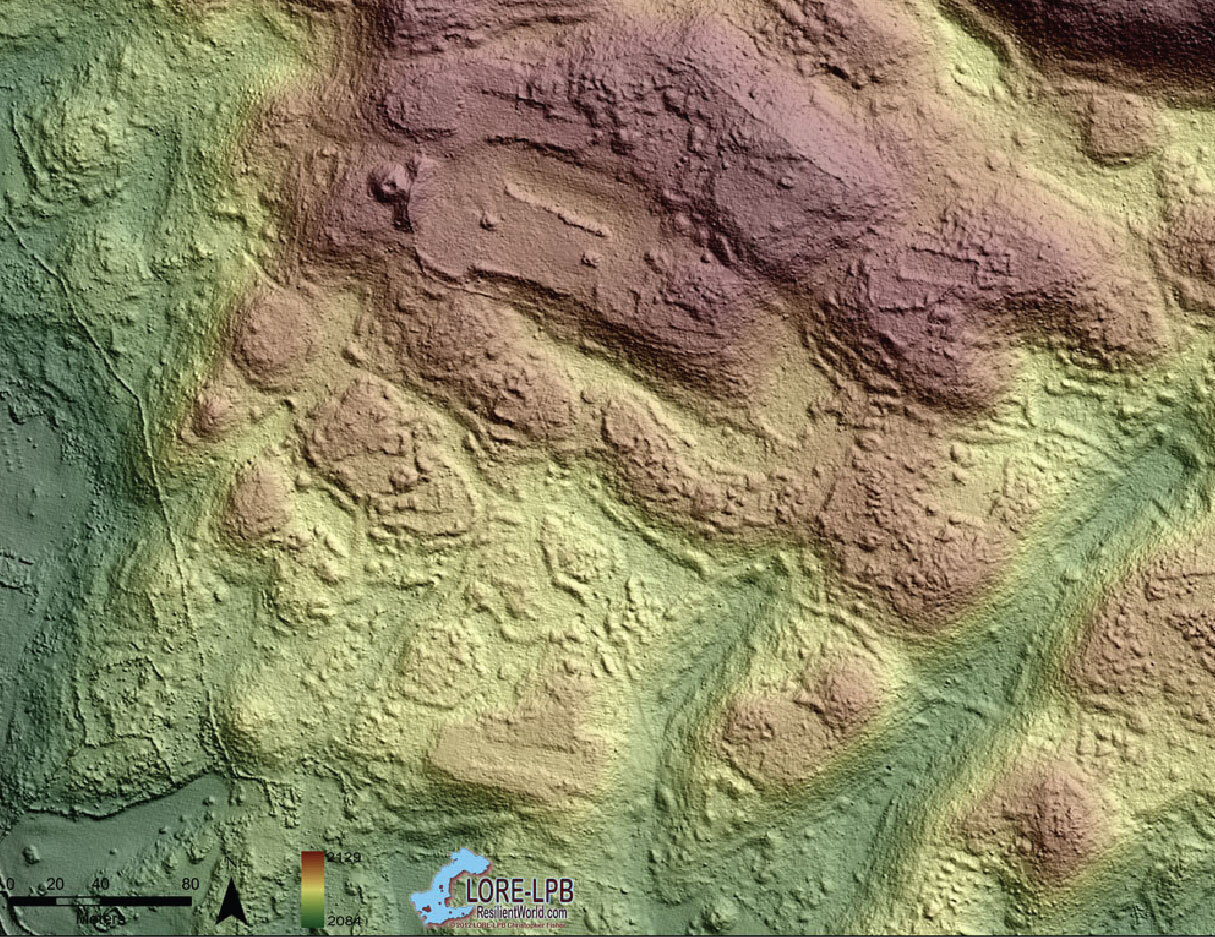 The ancient settlement of Angamuco in Mexico as visualized by lidar, which reveals topography and ruins (at top) obscured by the dense jungle. Courtesy Chris Fisher
In This Story
Destination Guide

The first photo of the Earth from space was taken in October 1946, from a seized Nazi rocket. It led Clyde Holliday, the Johns Hopkins University engineer who designed the camera on board, to speculate that “the entire land area of the globe might be mapped in this way.” How right he was. Now we can see most of the world in satellite maps at any time on our phones. But those images only tell a partial story—one with two dimensions. Now an archaeologist and a geographer want to accomplish the same thing—a full map of the world, as it really is, unburdened of all the plant growth that conceals the ground—in three dimensions.

Lidar, or Light Detection and Ranging, is a way to generate images of the ground using laser pulses from a plane, which measure the ground elevation below by tracking the time it takes the pulses to return. Where lidar really shines—especially in the world of archaeology—is its ability to see through tree cover. A lidar system sends down so many laser pulses that some of them inevitably make it through the vegetation, so the system can map the land beneath it—revealing topography, ruins, and other human works that aren’t visible in satellite photos and, in many cases, can’t even be seen on the ground. If Indiana Jones had lidar, well, maybe his adventures wouldn’t have been quite so exciting. Lidar can reveal every knobbly protuberance and gouged crevice that we left behind—from single structures to large-scale patterns that would otherwise take many lifetimes to map and understand.

“Right now it’s absolutely amazing to see the 3-D data,” says Chris Fisher, an archaeologist at Colorado State University. “I imagine that 100 years from now, people will use this data like the Holodeck on Star Trek.”

Fisher and his colleague Steven Leisz codirect The Earth Archive, the project that’s trying to cover as much of the planet as possible with lidar’s lasers. Fisher had used lidar to survey the ancient Purépecha settlement of Angamuco, in Mexico’s Michoacán state. In the course of that work, he saw human-caused changes to the landscape, and decided to broaden his scope. Their ultimate goal now is to create a comprehensive archive of lidar scans, including some that are already in existence and more to be added over time, to fuel an immense dataset of the Earth’s surface, in three dimensions. It will have tremendous utility in the short term for finding ancient sites and large-scale patterns, but Fisher and Leisz are taking a long view. With such a tool, they say, when the full impacts of climate change begin to set in, future generations will have a comprehensive understanding of how things once were.

The plan, he says, is to start with the most vulnerable ecological and cultural heritage sites, and go from there. For example, Fisher estimates that the entire Amazon rain forest, where a scourge of forest fires recently made international headlines, could be lidar scanned by plane and helicopter in six years, for $15 million. The next step could be to use some future technology that puts lidar in orbit and makes covering large areas easier.

“Right now we’re not able to put a lidar instrument into the orbit that would give us the kind of resolution we’re requiring,” Fisher says. “Ten years from now, maybe that might not be true. But we can’t wait 10 years.”

“Chris’s effort is exactly like what we have been doing,” says Jason Stoker, a geographer with the U.S. Geological Survey who has been working on such a map of the United States over the last few years, “but he has the added complexity of international agreements and international data collection.”

The Earth Archive promises to be a vast and expensive undertaking—probably with future hurdles the team can’t even see now. But Fisher is adamant about its importance.

“I don’t know how to solve the climate crisis, but I know the first step, and that’s the baseline record the Earth Archive would provide,” he says. “You have to be optimistic. Otherwise, you should just cash in your 401k and go to Vegas.”

Canadians Were Better at Clamming 3,500 Years Ago

Without jumping in the frigid North Atlantic.
maps

The Brief, Baffling Life of an Accidental New York Neighborhood

When Cameroon and Nigeria settled their long-standing border dispute, it was just the beginning. Then a 21st-century border had to be laid down.
rocks

In Jordan, Bedouins Are Preserving Ancient Rock Art With an App

Locals are using their phones to document and assess the engravings of Wadi Rum.
Video • Object of Intrigue

The Ancient Mesoamerican City That Spawned Copies of Itself