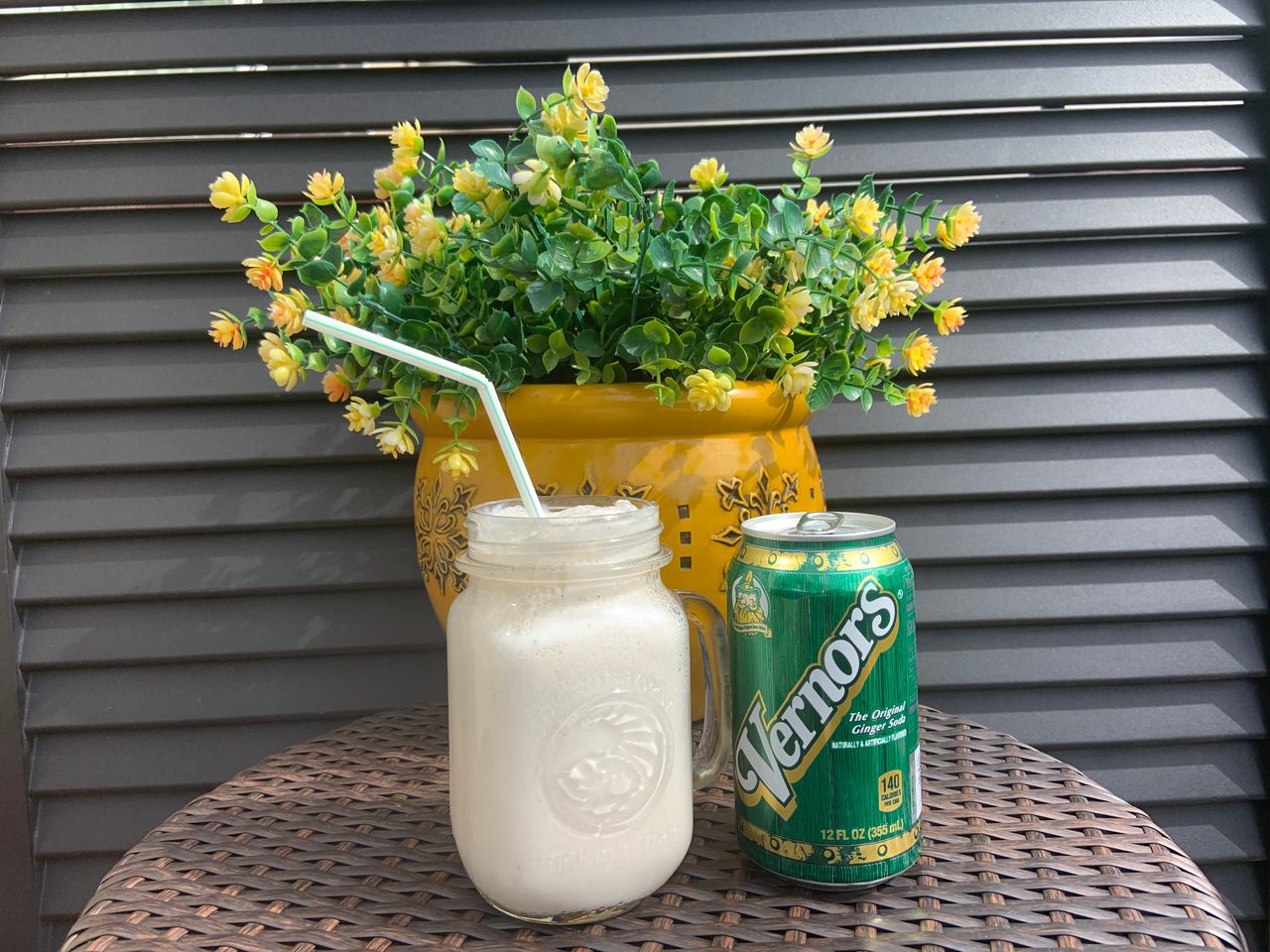 The Boston Cooler: "The nectar that the Olympians pined for but didn’t know how to make." Sam O'Brien for Gastro Obscura
In This Story
Destination Guide

In August 1924, a reader contributed a recipe to the Detroit Free Press for “a nectar that the Olympians pined for but didn’t know how to make.” The cool summer drink consisted of sarsaparilla (a sassafras soft drink) poured over a scoop of vanilla ice cream, and stirred until smooth. The name of this sweet, godly elixir? The Boston Cooler.

It makes sense that a Detroiter would wax poetic about the Boston Cooler: Motown has become synonymous with the sweet treat. Though the Boston Cooler—originally a cocktail of rum, lime, and soda water—was born in Massachusetts in the late 1800s, it gradually migrated and morphed across bar counters and soda fountains until it evolved into its final, frothy form: vanilla ice cream stirred in a glass of Detroit’s Vernors ginger ale until smooth.

Across all its iterations, the Boston Cooler stayed true to its original purpose: supplying cool refreshment on a hot day. Even without booze, the drink remained a go-to recipe for bartenders when the temperatures rose: An 1889 article about New York summer cocktails featured a recipe for a Boston Cooler that blended ginger ale and sarsaparilla. The long, teasing headline read “Seductive Drinks that Come Like a Breeze from the Arctic—Cocktails that Are ‘Midsummer Poems’—A Recipe for a ‘Liquid Blizzard’ Suited to the Dog Days.”

During the heyday of American soda fountains in the early 1900s, Boston Cooler became a catch-all term for any chilled treat. Philadelphia soda jerks mixed theirs with local Hires root beer and ice cream, while Maine mixologists made theirs with a combination of Moxie (a local, bitter soda), lime, and rum. Going even further off book, one ice-cream company’s 1915 recipe for a “Boston Cooler” was simply a scoop of ice cream resting in a halved melon.

But none of these accompaniments paired with vanilla ice cream quite like one brand: Detroit’s Vernors, a drink that exists somewhere between ginger ale and cream soda.

“It’s just superior,” says Keith Wunderlich, a lifelong Detroit resident, of his city’s Boston Cooler. “It’s sweet, creamy, and a little tingly from the carbonation in the Vernors. It’s just smooth and wonderful.”

Wunderlich, a collector of Vernors memorabilia and an unofficial historian on the company, has a personal connection to the brand: His parents courted over Vernors’ Coolers in the 1930s and 1940s. At the time, Michigan and surrounding Midwestern states were filled with soda fountains owned by the Vernors corporation, where young couples canoodled over sweet drinks that incorporated their soda (or “pop” to Midwesterners).

“It was a cool Saturday-night date to go to the Vernors soda fountain and have a Boston Cooler and another thing called a cream ale,” says Wunderlich.

In 1967, Vernors made a move to claim the Boston Cooler as its own by trademarking the name. Though they specifically trademarked “Boston Cooler” to promote a new ginger ale–flavored ice cream bar, that treat met with modest success. It wasn’t until a new version of the Boston Cooler emerged—a smooth, milkshake-like blend of ice cream and Vernors—that the company’s Cooler conquest was complete. At this point, all other Boston Coolers—whether made with rum, melons, or Moxie—faded into the shadow of the massively popular ginger soda shake. Now, Vernors’ Boston Cooler is so undeniably Detroit that, in 2016, local McDonald’s stores gave out free Boston Coolers on the city’s 315th anniversary.

According to Wunderlich, the smooth, shake-like consistency elevates Vernors’ Boston Cooler over other soda-fountain classics. “With something like a root beer float, you’re always taking the spoon and mixing the ice cream with the root beer to get that milkshake-like consistency that typically only happens at the bottom of the float. But that’s the way it always is with [Detroit’s] Boston Cooler. You can taste it all together.”

Soda fountains have largely disappeared, but you can still find Boston Coolers at Detroit’s ice cream parlors and bars (which sell alcoholic versions). It’s also incredibly easy to make at home. All you need is Vernors and vanilla ice cream. Diehard fans may insist the ice cream be another Detroit favorite, Stroh’s, but any vanilla ice cream will do.

Is it truly the nectar of the gods or, at the very least, a refreshing “liquid blizzard” on a hot day? Try the recipe below to find out.

Wunderlich recommends pouring about an inch of Vernors into the glass first, to help create more foam. Then drop in two scoops of vanilla ice cream and pour in the rest of the Vernors. Stir until mixture is smooth, and enjoy.

From boozy fruit preserves to tomato soup cake, we're looking back at a year of culinary curiosity.
food

The infamous ‘Don’t Ask Cake’ is better than it sounds.
science

How resourceful home bakers managed to make dessert from practically nothing.
food

From “pie for a doubting husband” to “spaghetti a la suffragette,” these recipes came with a side of activism.
Video • Wonder From Home

One of Detroit’s oldest blues clubs stands in defiance of the passage of time and the city’s shifting fortunes.
Pringy, Switzerland