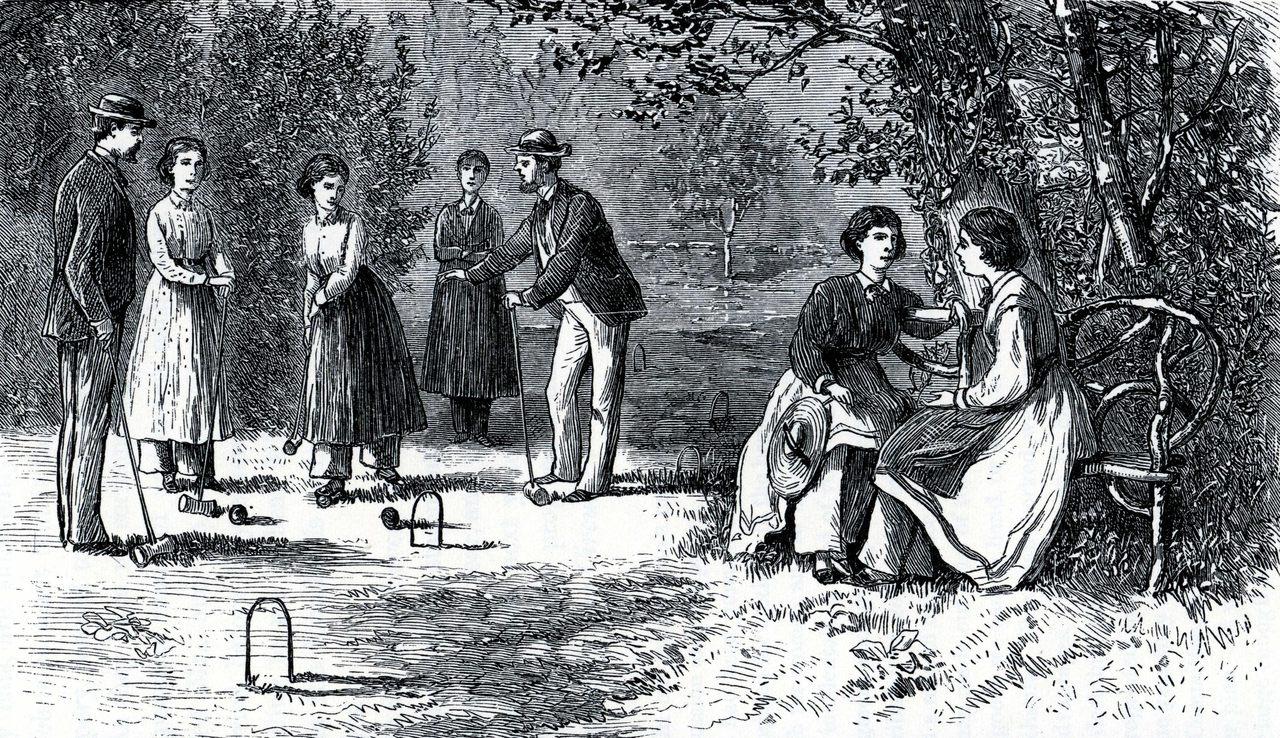 THIS ARTICLE IS ADAPTED FROM THE OCTOBER 21, 2022, EDITION OF GASTRO OBSCURA’S FAVORITE THINGS NEWSLETTER. YOU CAN SIGN UP HERE.

Food historian Sarah Lohman’s interest in food and cults began with a beautiful set of silverware. After spotting the case of cutlery at a thrift store in Vermont, she wondered who made them and turned the box over. The back held one word: Oneida.

“I found out that Oneida was a 19th-century cult that, among other things, made flatware to make money for their free-love cult,” Lohman says. “And that sent me down the rabbit hole, because it was from that moment onward that I realized that there are often a lot of connections between food and cults.”

When it comes to the role of food and drink in cults, most people immediately think of the tragic mass poisoning at Jonestown in 1978. But diets within fringe communities can be a more complex mingling of good and sinister intentions.

On the positive side, many late 19th-century cults were founded on agrarian principles that promoted vegetarianism and eschewed animal cruelty. But when wielded with malice by cult leaders in the 20th and 21st centuries, food became a tool of manipulation and control.

Lohman, who’s teaching a course on this topic tomorrow, talked to us about the fascinating role that food has played in American cults, from a failed agrarian utopia founded by Louisa May Alcott’s father to forced calorie-counting within NXIVM.

Before she wrote Little Women, a young Louisa May Alcott spent some time in a Transcendentalist vegetarian cult. Known as Fruitlands, the Massachusetts community was cofounded by her father, a teacher and philosopher, in the 1840s.

The community was founded on the principles of Transcendentalism, a philosophy that saw the divine good in nature and humanity. At Fruitlands, that meant a simple, agrarian society that didn’t use animal labor and stressed a vegetarian diet.

“There was definitely this body purification idea,” says Lohman. “And the return to simple living, which I think is also still a theme in humanity today.”

Unfortunately, there was one problem. “He and the other followers were already so urbanized, they didn’t know how to plant an orchard,” Lohman says.

With a lack of farming skills and no animal labor to speed the work along, the community struggled to feed itself and disbanded after seven months.

Sometimes food emerges as an important source of income for a cult. Long before Beyond Meat burgers appeared on grocery-store shelves and plant-based menus earned Michelin stars, a small Los Angeles restaurant carved out a space for raw, organic, and vegetarian cuisine.

In the 1960s and ’70s, locals seeking healthy, natural food headed to the Source Family restaurant. The Sunset Strip space was run by the followers of “Father Yod,” a former marine turned spiritualist leader.The menu of organic salads, soups, and fresh juices revolved around the “dietary wisdom” that Yod (whose real name was Jim Baker) “found in the teachings of Jesus Christ as revealed through the Essene Gospels of Peace.”

The restaurant was a success, attracting the likes of John Lennon, Warren Beatty, and Steve McQueen. But it closed in 1974 when Yod relocated the group to Hawai’i. “Eventually it closed down because the cult leader was more focused on having many wives than what they were doing,” Lohman says. Many of Yod’s wives were also teenagers.

The group dispersed after Yod died in a hang-gliding accident in 1975.

Some cults use food as a way of controlling their members. This was the case with NXIVM, a pyramid scheme and personality cult founded by Keith Raniere in the early 2000s.

Former members of NXIVM who considered themselves sex slaves to Raniere testified that forced starvation played a role in breaking them down. India Oxenberg, who details her experience in the documentary Seduced, was limited to a 500 to 800 calories each day.

“In order to evoke control, he was taking very young women, many of whom were involved in acting and who were already feeling the pressure of looking a certain weight, and having them calorie-count and starve themselves to a point that made them completely malleable,” Lohman says. “And then that puts people into a very manipulative state where it’s easy to coerce them.”

Raniere is currently serving a 120-year prison sentence for crimes including child sex trafficking and conspiracy to commit forced labor.

If, like me, you come away from some cult stories with a sense of dread and sadness, you’re not alone. In the worst cases, cult leaders prey upon vulnerable populations in search of community and meaning.

I think what disturbs me the most about stories such as Jonestown and NXIVM is that their leaders warped food’s most important roles: gathering people and nourishing life.

For better or worse, cults reveal the incredible power of food. When wielded carefully, food can fund and fuel a community, but in the wrong hands, a diet can be a very dangerous thing.

You can sign up for Lohman’s class on food and cults here.

The Disappearing Philippine Tradition of 'Souling' for Rice Cakes

An archeologist is mapping out the last remaining trees.
farms

A past global staple you've never heard of, maslins are poised for a comeback.
murals