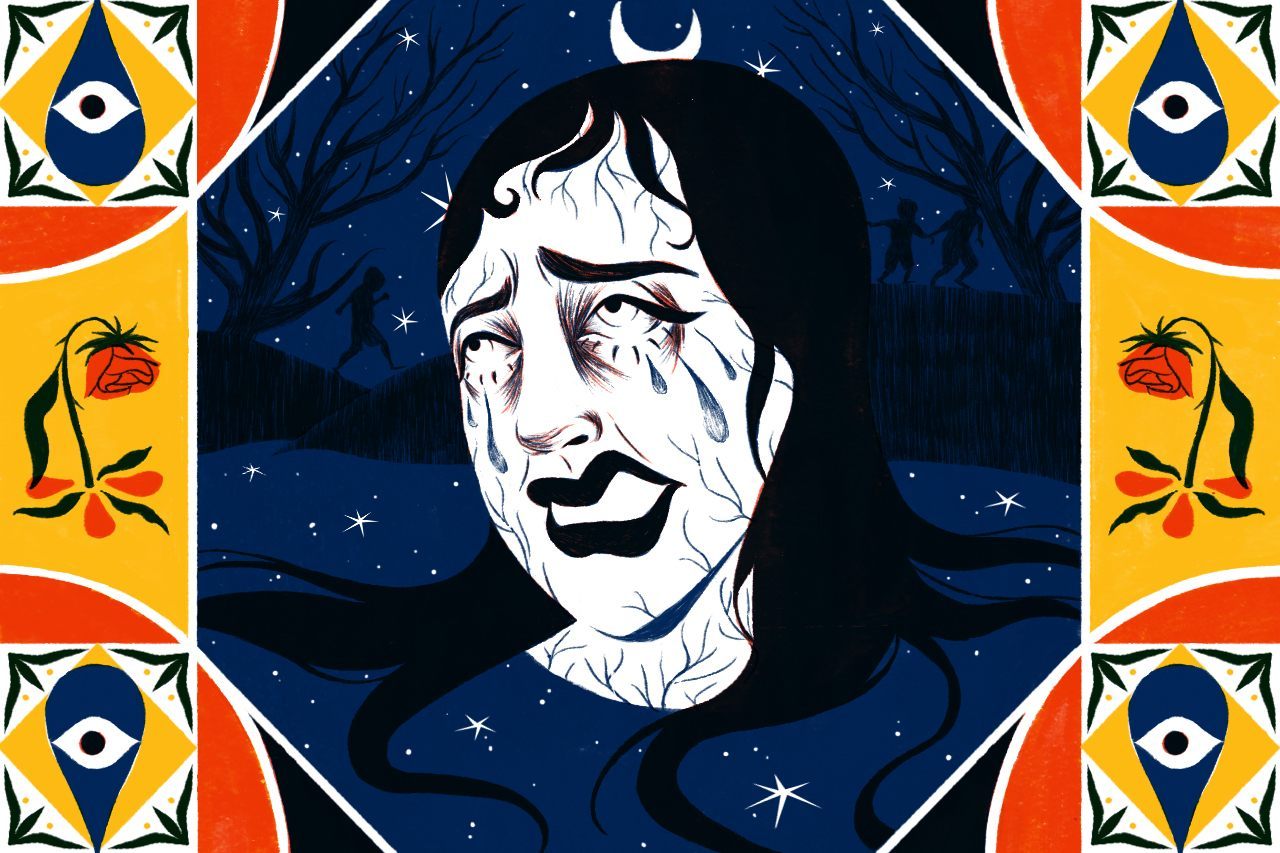 Even though Mexico's "Weeping Woman" is thought to be pre-Hispanic, today her sorry tale reflects the brutalities of colonialism. CARMEN DEÑÓ

In Ecuador, people spin tales of the one-legged protector of the Andes, La Patasola, a beautiful woman who leads unsuspecting men to their doom for damaging the environment. In Mexico, there is La Llorona, a grieving specter ready to steal your children out of grief at losing her own. In the mountains of Germany, witches still maintain a presence—except it’s more kitschy than scary.

What these “monsters” have in common is that they are all female, and they all simultaneously exalt feminine power and represent the fear that it engenders. Such female-centered legends often stand as warnings about female agency, and that same fear permeates today’s accusations of women who are called “witches” or “monsters” when they have power and status. As part of our continued deep dive into Women’s History Month, Atlas Obscura dug through our archives to once again unleash some of our favorite female monsters, and in each case explain the cultural history behind the myths, from Ireland’s sensual lesbian vampires to the real-life monsters of 17th-century France’s poisoning scandal.

Do you hear her crying? Then be sure your children are tucked in and safe, because La Llorona is coming for them. According to legend, La Llorona is the “weeping woman” of your nightmares. After killing her own children in a river sometime in the 17th century, the legend goes, she now roams as a grotesque specter looking for other children to serve as their replacements. But the La Llorona legend tells a deeper story of brutal colonialism and how the U.S. media is growing increasingly varied with the country’s diversifying population.

The Kitschy German Town With a Stake in Witches

In Quedlinburg it’s all in good fun, and sometimes in bad taste.

Quick: How many people died in Europe’s witch trials? The correct answer is a bit difficult to pin down, but most scholars agree the figure is somewhere between 50,000 and 100,000. But since the 1700s, an estimated death count of nine million has made the rounds. Scholars have resoundingly disproved the statistic, but can trace its origins to 18th-century German historian Gottfried Christian Voigt and the quaint fairy-tale town of Quedlinburg, Germany. Today, due in part to Voigt’s miscalculation, Quedlinburg and the nearby Harz highlands have become something of a witch amusement park. There are rides, strange museums, and plenty of witch kitsch to appease tourists. In this book excerpt, author Kristen J. Sollée travels there to decode how family fun and consumerism meet the real horrors of the country’s past.

The Lesbian Vampire That Came Before Dracula

The Irish novella Carmilla is the antithesis of the male-centered and heteronormative world of today’s vampires.

“I have been in love with no one, and never shall unless it should be with you,” a beautiful woman whispers to her female lover. Moonlight cascades through billowing curtains. They embrace. But this beauty is actually no woman. She is the vampire Carmilla. Written by Joseph Sheridan Le Fanu in 1871, Carmilla was published almost 30 years before Bram Stoker’s Dracula. While Victorian morals still play a part in the tale, Carmilla takes a resoundingly female-centric view of the undead. The lesbian love story exalts female sensuality despite an ending that serves in some ways as a warning against it. Perhaps it’s time to resurrect Carmilla’s view of vampires again.

The Vampiric, Floating Heads of Malaysia

The penanggalan preys upon pregnant women and newborns.

The first warning will be the smell of vinegar. Then long, finger-like tendrils will snake through an open door or window. Only then will you see her—the disembodied head of the penanggalan. Throughout Southeast Asia, from Laos to the Philippines, it’s said that the vampiric penanggalan sucks the blood of babies and mothers-to-be, serving as an unearthly reminder of the risks of childbirth, especially in rural areas. And while the legend comes in many forms, one thing remains the same. She’s always hungry.

The Beautiful, One-Legged Protector of the Andes

The legendary La Patasola serves as a warning to those who hope to despoil the Colombian landscape.

Deep in the Andean forests, a lone man surveys a pristine landscape for lumber. As he beds down for the night, he hears the piercing sound of a woman screaming. He bolts up and runs through the pathless forest. Then he sees her—a beautiful, incredibly pale woman staring at him through the shifting leaves. But as he approaches, he sees she’s standing on one leg. Her name is La Patasola and she will be his last sight. Versions of her legend are found throughout the Andes, from Colombia’s Pacific Coast in the north to the southern reaches of Ecuador. She serves as a gruesome reminder to protect the region’s natural wonders, especially from those who would choose to exploit them.

A Real-Life Monster of 17th-Century France, and the False Accusations That Followed

How the Affair of the Poisons became a devastating witch hunt.

Like so many female monsters (at least at first), she was beautiful. But, unlike the others, she was real. Marie de Brinvilliers, along with her lover, Gaudin de Sainte-Croix, a very handsome army officer, perfected the art of poison and sparked a national crisis. Together the pair tested their new poisons on unsuspecting patients at a nearby public hospital. The thrill, it seems, became one de Brinvilliers hungered for. Later, while confined in a convent, she would confess to poisoning three people: her daughter, sister, and husband. Even though de Brinvilliers was burned at the stake, her death marked the beginning of a flurry of witch hunts known as the Affair of the Poisons.

It was an English "translation" that turned a wise, if mischievous, figure into a bloodsucker.
mythology

These provincial specters are as gruesome as they are hungry.
mythology

And a scary lesson on humility and respect for the natural world.
witchcraft

The gender politics of attempting to right a historic wrong.
Video • Object of Intrigue