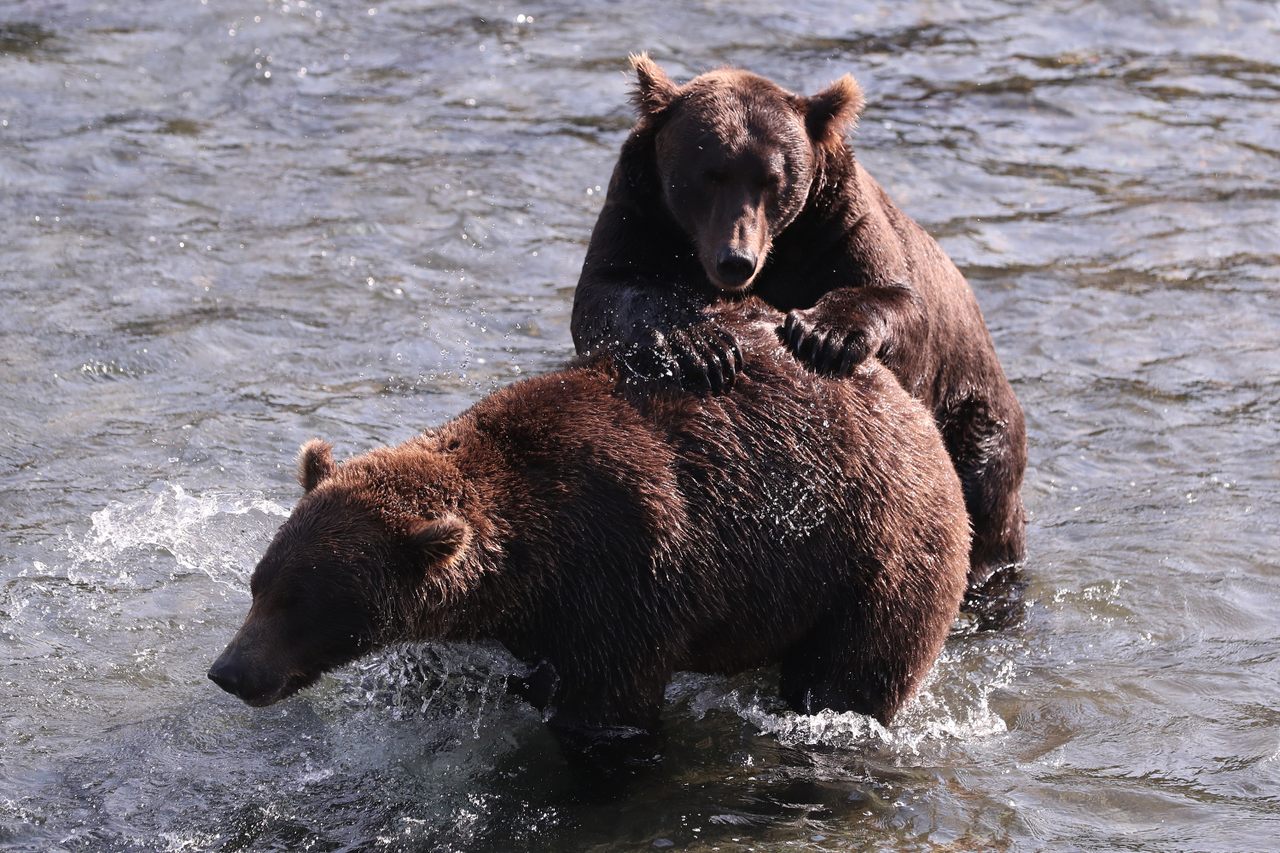 Deep into a tumultuous and often harrowing year, it will be a relief to many that America has now finally arrived at a cherished annual highlight: Fat Bear Week.

Voting has begun in perhaps this year’s most eagerly anticipated election, where members of the public pick their favorite of the fattened bears now waddling around the Brooks River in Katmai National Park, in southern Alaska.

Only one bear will emerge victorious in the knockout elimination contest, which pits 12 plump ursine contenders against each other. Katmai National Park calls the contest a “March Madness-style competition,” with the crucial difference that it involves gazing at pictures of podgy bears in the tundra and forests of Alaska, rather than cheering on college basketball-playing humans.

The poll involves some genuine heavyweight contenders, including defending champion Holly, also known as the Queen of Corpulence. She will have to beat a field that includes Otis, a seasoned competitor with an impeccable pedigree, having won Fat Bear Week twice previously.

Here’s how to participate in #FatBearWeek: this is an elimination tournament to determine who will be crowned 2020’s fattest bear on the Brooks River. For each pairing of bears, you will be given the opportunity to vote on our new #FatBearWeek website, https://t.co/bcJqAzVU3F pic.twitter.com/wCQTu4zUmM

The first round will involve voting to pick between bear 151, known by the National Park Service as “big bootied” Walker, and bear 856, a contender that has the advantage, the NPS said, of “overbearing obesity.”

The brown bears are so portly due to a crucial process called hyperphagia that they go through before hibernation. During this stage, it’s impossible for the bears to feel full, meaning they put on a significant amount of weight from gorging on salmon and other foods.

Adult male bears in Katmai are among the largest in the world, usually weighing around 600 to 900 pounds but ballooning to more than 1,000 pounds for their winter dormancy. This extra weight is important because a bear can lose up to a third of its body mass during hibernation. Putting on a large amount of weight, in this instance, is vital for good health.

Tragedy set Sicelo Mbatha on a course to understand, and make peace with, the wild on its own terms.
science

1:34
Sponsored by Visit St. Pete/Clearwater
Want to see fewer ads? Become a Member.
From Around the Web
Thanks for sharing!