What Are a Dozen Bottles of Bordeaux Doing in Space? - Gastro Obscura
Want to see fewer ads? Become a Member. 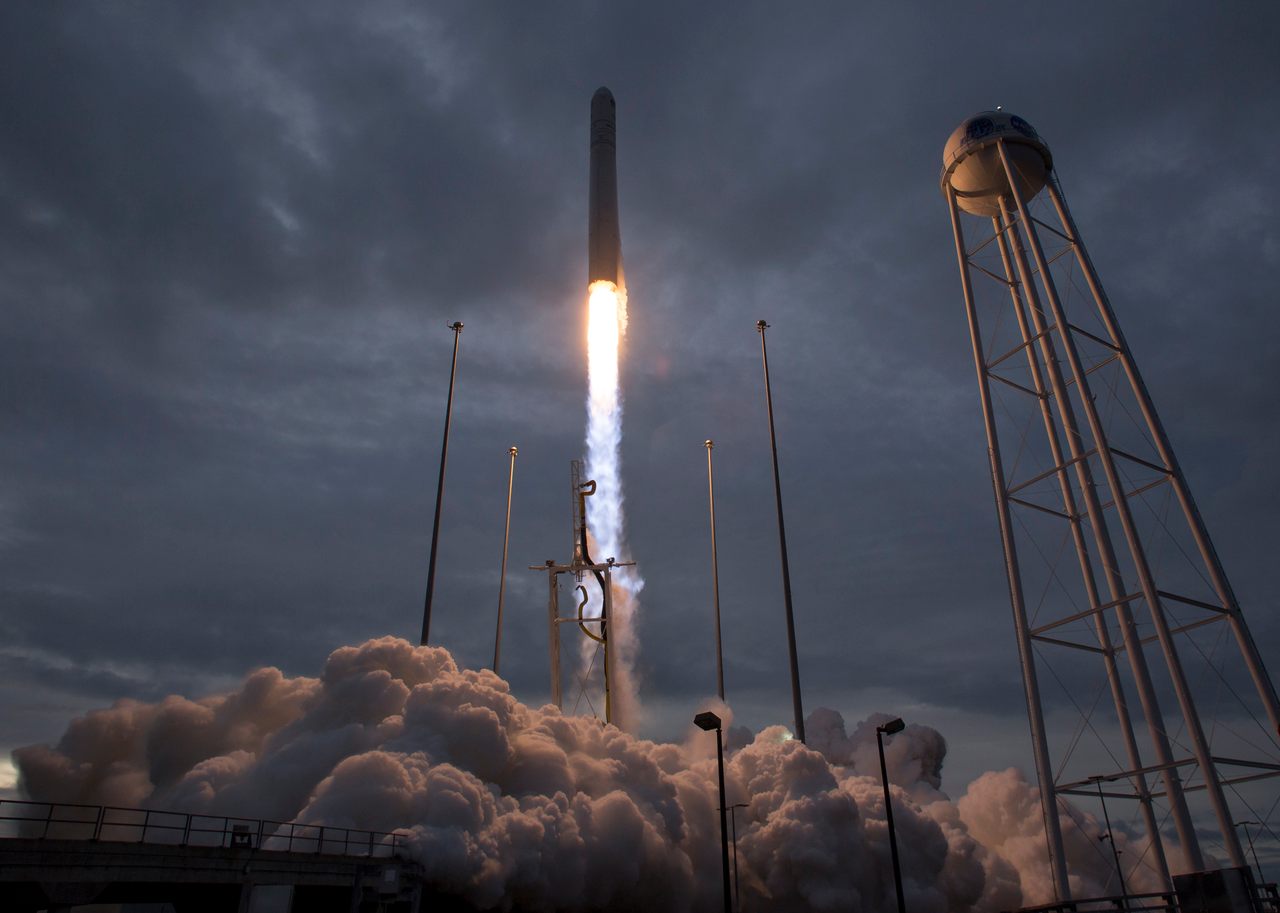 A Cygnus rocket similar to this one carried an ambitious drink order to the International Space Station this week. NASA/Bill Ingalls
In This Story
Destination Guide

In what may be the farthest-reaching drink order of all time, a dozen bottles of Bordeaux were blasted aboard a rocket from Wallops Island, Virginia on Saturday, bound for the International Space Station. By Monday, they’d reached their destination, without a corkscrew.

A strong-willed crew of international astronauts will leave them unopened for an entire year as part of a study conducted by Space Cargo Unlimited, a Luxembourg-based research startup. As company co-founder, CEO, and proud Bordeaux native Nicolas Gaume said in a statement, it’s a “once-in-a-lifetime adventure.”

The space-bound vino will be examined after twelve months against a control batch remaining on Earth to gauge how microgravity and space radiation affect the aging process. “Systems such as wine are at the center of chemo-physical research because of the involvement of thousands of components,” explains company spokeswoman Maryse Camelan. The mission is the first of six that Space Cargo Unlimited has scheduled over the next five years. Plants, yeast, and bacteria will leave the big, blue marble behind to begin studying the future of agriculture.

The mission’s advisor, wine scientist Dr. Philippe Darriet, mused in an interview with with Quartz that the unique environment of the ISS “could have a positive impact” on the wine. NASA’s own website claims knowledge gleaned from the mission could lead to the “development of tailor-made taste and smell components and enhancements for food products.”

It’s notable that when Ardbeg, a Scotch distillery, sent samples of their whiskey to space for a thousand-day orbit in 2011, they aged twice as fast in color and taste as their earthly equivalents. To be sure, the Bordeaux’s space-trip is just the latest episode in a history of astral libations.

Shortly before taking humankind’s first steps on the moon, Buzz Aldrin radioed to NASA asking for a moment of silence, during which time he controversially snuck a sip of communion wine from a chalice he was gifted by his church. “In the one-sixth gravity of the moon, the wine curled slowly and gracefully up the side of the cup,” he wrote in 1970.

While NASA was quick to sweep the episode under the rug, the Soviets took a different tack. Not only were Russian cosmonauts rationed vodka and cognac, they were directed to regularly drink by space-program doctors. “We used it to stimulate our immune system and on the whole to keep our organisms in tone,” retired cosmonaut Alexander Lazutkin said in an interview.

The boozy allowance was still insufficient for one Igor Volk, who admitted to a clever scheme to smuggle (more) cognac and snacks into space. He and his partner fasted for a whole week before take-off, careful not to compromise the launch with excess weight. “When we were being dressed, we placed the bags in our spacesuits,” he told Russia Beyond.

The name of the winery that produced the best Bordeaux in space has yet to be released, though company founders Gaume and Emmanuel Etcheparre have deep ties with the region’s wine industry. While it’s likely a fine wine, the secret ingredient of space radiation might still need some marketing work.

For this community of “space cowboys,” entrepreneurs, and enthusiasts, a fireball streaming across the sky offers big risks and bigger rewards—and new tech is heating up the competition.
objects of intrigue

NASA accidentally sold it, tried to take it back, lost it in a court battle—and now you can own it.
science

After 14 months on the ISS, the vintage Petrus could be yours.
space exploration

The blastoff this week on a SpaceX rocket—the first ever private launch—could be a big step toward commercial space travel.
Video