The Crescent City has long been a seedbed for creativity and culture—but now, perhaps more than ever, New Orleans is in the midst of a renaissance. In the wake of Hurricane Katrina and the devastating floods that followed, the city found an opportunity to reinvent itself, bolstering its rich cultural traditions, restoring historic landmarks, and creating new space for existing voices. From the centuries-old city squares in the French Quarter to the burgeoning artist communities of the Lower Ninth Ward, we’ll traverse the city with one foot rooted firmly in its history and the other in what’s just beginning to take shape. We’ll spend most of our time weaving through residential neighborhoods, where most of the city’s artists, creators, and community builders can be found busy at work. We’ll immerse ourselves in New Orleans music, history, and cuisine—learning about this vibrant, ever-changing culture from the people who breathe life into it each day.

Day 1: Welcome to the Crescent City!

Arrive into New Orleans and settle into our historic hotel, tucked away in the heart of the bustling French Quarter. If you arrive early, take some time to explore the city on your own. You might contemplate mortality at the Museum of Death, or grab a drink at the legendary Lafitte's Blacksmith Shop. In the evening, we’ll meet up as a group and make our way to a local haunt for dinner.

We’ll begin the day poring over a set of historical maps that lay bare the history of the city’s development, and how it took shape along the curves of the Mississippi River. Then we’ll go for a stroll through the Vieux Carré, a neighborhood within the French Quarter originally inhabited by French, Spanish, and enslaved African people. As we walk along these historic streets, we’ll trace the history of this place through its unique architecture, living legends, and lingering relics of centuries past. We’ll take a break in the afternoon so that you can enjoy lunch and explore New Orleans on your own. You’ll be free to wander the Old Pharmacy Museum, or a bookstore that lets you inhabit the same halls as William Faulkner once did. Late in the afternoon we’ll regroup and make our way to Congo Square—a public space that, amidst widespread imperial erasure and suppression of enslaved African culture, became a rare haven for the preservation and evolution of the rhythms, sounds, and dances of enslaved people. Later in the evening, we’ll head to the historic Princess of Monaco Courtyard and Carriage House, where we’ll tuck into iconic Louisiana fare—including your guide’s favorite gumbo in the city, crafted from a myriad of fresh, locally sourced ingredients.

This morning begins at the Music Box Village, where we’ll wander an outdoor garden ripe with massive musical architecture. Each piece of art is a collaboratively designed, fully functional musical instrument. We’ll get a hands-on tour of the installation and compose a tune or two alongside one of the project’s co-founding artists. Then it’s off to St. Claude Avenue, a vibrant art corridor home to larger-than-life murals and galleries galore, and along Esplanade Avenue, an old portage road that eventually gives way to  Bayou St. John. Upon reaching City Park, we’ll wind our way through a grove of ancient oaks until we reach Café Du Monde—a beloved caffeination destination serving up pillowy beignets and a mean café au lait. Fully satiated, we’ll head to the Sculpture Garden, which boasts more than 90 works of art from across the globe, nestled within an elegant ecosystem of glassy lagoons and lofty pines. From there, we’ll make our way to the Singing Oak. With chimes fastened to its branches, the oak tree is both a composer and an instrumentalist, emanating calming songs whenever the wind blows. We’ll sprawl beneath its outstretched branches and enjoy a picnic before stopping by the Tomb of the Unknown Slave, a site that honors and mourns the countless enslaved individuals who died without a proper burial. Dinner tonight will be on your own, and after, you’ll have the option to explore the city’s many music venues.

This morning, we’ll travel downriver to the Lower Ninth Ward neighborhood to meet up with Gina Phillips, a local artist, educator, and musician. Sourcing used fabric from neighbors, friends, and family members, she creates layered, three-dimensional portraits of neighborhood figures—including artists and musicians. From there, we’ll head to Studio BE, an abandoned-warehouse-turned-art-sanctuary and the brainchild of Brandan “BMike” Odums, the artist who organized graffiti artists en masse to cover a housing project slated for demolition with artwork. Depicting historical figures such as Martin Luther King Jr. and Coretta Scott King, Odums’s work embraces and harnesses the political energy of the generation of African American activists who came up in the time of the nation’s first black president. Later in the day, we’ll hit the St. Roch Market, an eclectic food hall tucked inside a 19th-century market, featuring a carefully curated blend of cuisines and distinctly designed. We’ll head back to our hotel to digest all the food and information we’ve absorbed today. After a bit of rest, we’ll meet a musician who will share their musical journey before we head out to watch their band take to the stage for a dynamic, live performance.

Today, we’ll head uptown, where historic mansions and opulent, lush gardens abound. As we wander the Garden District, we’ll dig into the political landscape that gave birth to it. Later, we’ll visit the Lafayette Cemetery #2 where we’ll learn about burial rites within the city. We’ll head further upriver until we encounter the mysterious mansion “built by bananas,” and peel back the layered history of the Crescent City’s connection to the fruit. With food on the mind, we’ll send you off with a New Orleans-style brunch, complete with a mimosa or bloody Mary to ensure pleasant travels. Until our next adventure! 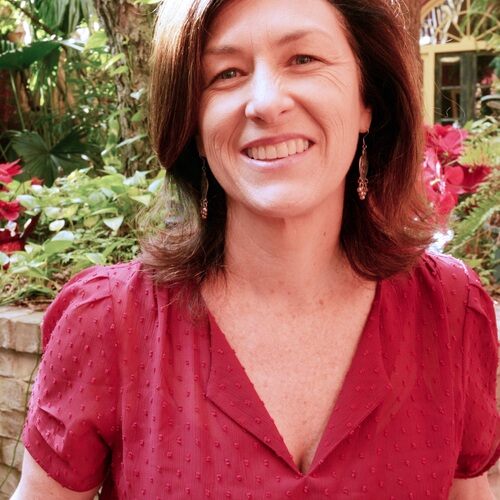 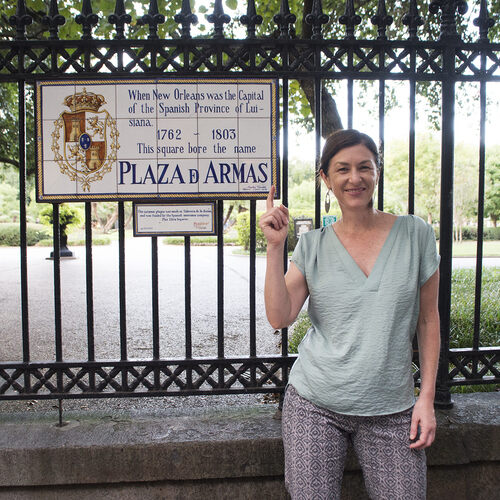 Cassandra Snyder is the founder, owner, and lead guide of Soul of NOLA. A 30-year resident of New Orleans, Cassandra is passionate about sharing her city with travelers and providing them with an insider’s access to one- of-a-kind cultural experiences. During her time here, she has studied New Orleans’ history and cuisine, volunteered at a historic home in the French Quarter, and worked in the city’s hotels. For four years, she also produced The Goodnight Show, New Orleans’ late-night talk show, working closely with some of the city's best musical talent, authors, filmmakers, and activists.

The total cost of this trip is $2,440. For those traveling by themselves, single accommodations can be provided, subject to availability, at an additional cost of $350. Please contact us to request a single room.

Our trip begins with a welcome dinner in New Orleans on Day 1. We recommend you arrive in New Orleans by 2 p.m. so that you can settle into the hotel before meeting up with the group for dinner. Our trip concludes in the afternoon on Day 5. If you plan to leave New Orleans directly after our trip, we recommend departing that evening. If you'd like to extend your trip, we’re happy to provide suggestions for things to do and see in the city on your own.

Travelers should feel comfortable walking two to four miles over the course of each day, climbing stairs, and remaining on their feet for long periods of time.

Booking and payment processing partners may vary with departure date. Please see our full Terms and Conditions here.
We’re here to help. If you still have questions about the trip, just ask.
Email Us
Other Trips You Might Like
art & performance

Santa Fe
From $2,540 USD
Join us in the mysterious desert landscapes that have captivated artists from Georgia O’Keeffe to Judy Chicago.
Learn More
science & nature

Utah
From $1,655 USD
Led by an expert avian biologist, experience one of the most secretive owl species in North America.
Learn More
art & performance

Beyond the Quarter: Music and Reinvention in New Orleans

New Orleans
From $1,415 USD
Explore the rich soundscape of New Orleans, tracing the social, political, and spiritual roles these traditions have played throughout history and in contemporary culture.
Learn More
View All Trips
• Shifting Tides: Art in New Orleans

Pay in full today and cancel up to 30 days before departure with no penalty.

Place a hold today, pay in full 60 days before departure. Cancel free of charge within 72 hours of placing your hold; otherwise, a $500 fee applies.

Airbnb is an official booking partner of Atlas Obscura Trips. For more information, see our FAQ.

Your hold is confirmed.
Thank you for for joining us on our trip. We're looking forward to sharing an unforgettable experience with you.
Check your inbox for a confirmation email with more details and next steps.
View On Airbnb
• Shifting Tides: Art in New Orleans

Spain
From $3,380 USD
On this week-long seafood pilgrimage, we’ll delve deep into the world of barnacle hunters, oyster fisherman, lobster trap builders, razor clam-diggers, and net menders, along with the local chefs who are harnessing the incredible offerings of their coast, transforming Galician cuisine into something new and exciting.
Learn More
photography

Rome
From $3,425 USD
Join us as we go beneath Rome’s streets and behind its locked doors to explore hidden and overlooked places, witnessing a capital city that most tourists rarely experience—strange, magical, and filled with intrigue.
Learn More
culinary adventures

Lisbon
From $3,820 USD
Journey beyond the city’s tiled buildings and narrow streets to discover the long legacy and vibrant present of culinary inventiveness in Lisbon.
Learn More