One of Atlas Obscura's favorite online experiences, The Secret Arts, where we invite some of the world’s rarest experts and artisans to share the hidden knowledge of their singular craft, is back! Each edition of The Secret Arts features a different craftsperson. Unlike more instructional events, we'll explore some of the key lessons and discoveries our guests have made over the years, how you might try your hand at their unique skill yourself, and answer your questions live! Join us, and take a step into the unknown realm of The Secret Arts!

In this episode of the Secret Arts, we'll be joined by a panel of underwater archeologists from Diving with a Purpose, an international organization dedicated to the conservation and protection of African American maritime history and culture, with a special focus on African slave trade shipwrecks.

Instructors and divers Kramer Wimberley, Erik Denson, and Erly Thornton will join us to discuss some of DWP's most significant projects, such as the documentation of a lost Tuskegee Airmen P-39 aircraft in Lake Huron. They'll also share how their work extends from the conservation of history to the conservation of our ocean's ecosystems. Over the course of the evening, we'll discover how divers document and interpret wreck sites, preserving their history for generations to come.

Headquartered in Biscayne National Park, the largest marine park in the National Parks System, Diving with a Purpose provides education and training programs to both youth and adults, turning ordinary divers into underwater archaeology advocates. Through DWP's programs, divers learn the skills needed to assist in the historical documentation, preservation and interpretation of artifacts and wreck sites. 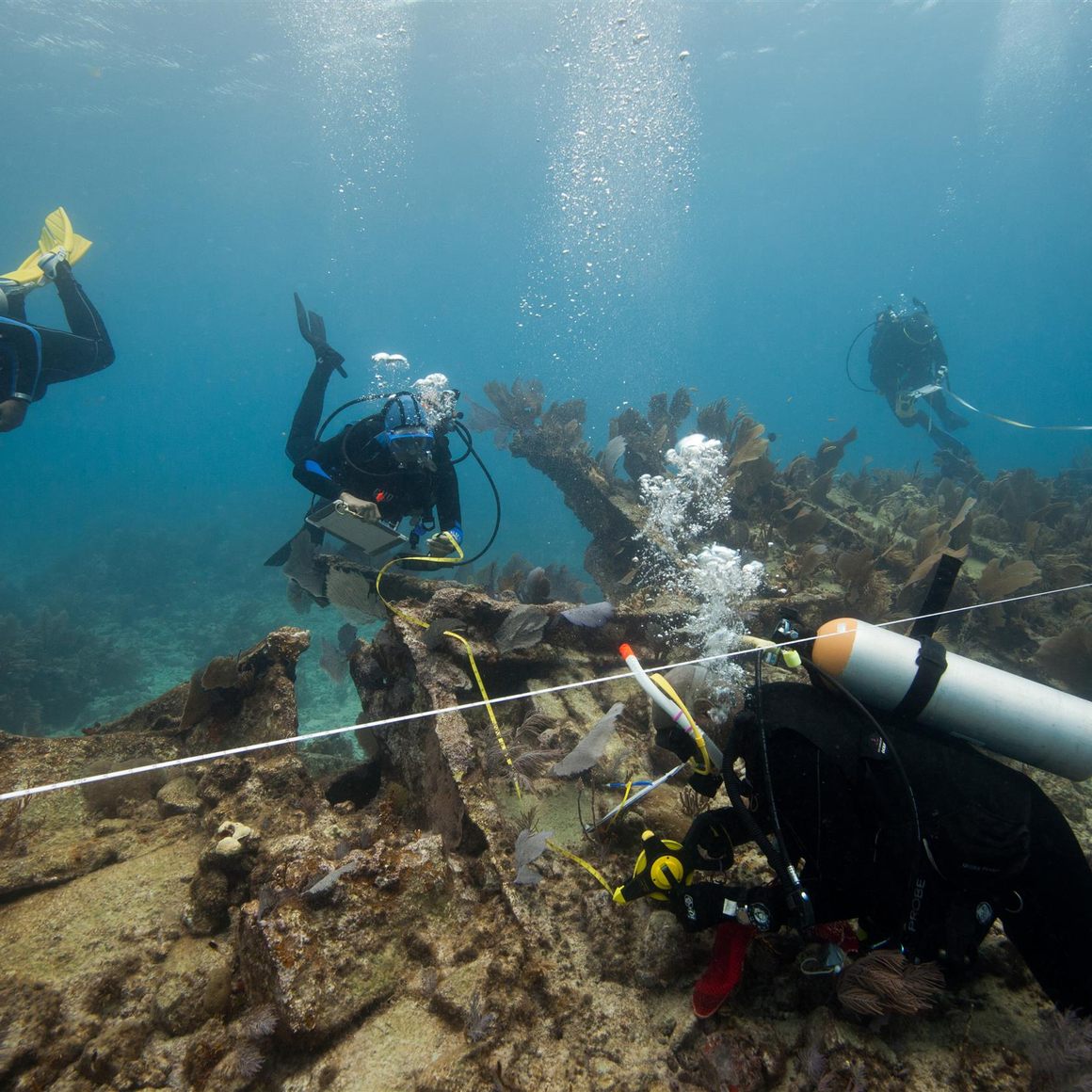 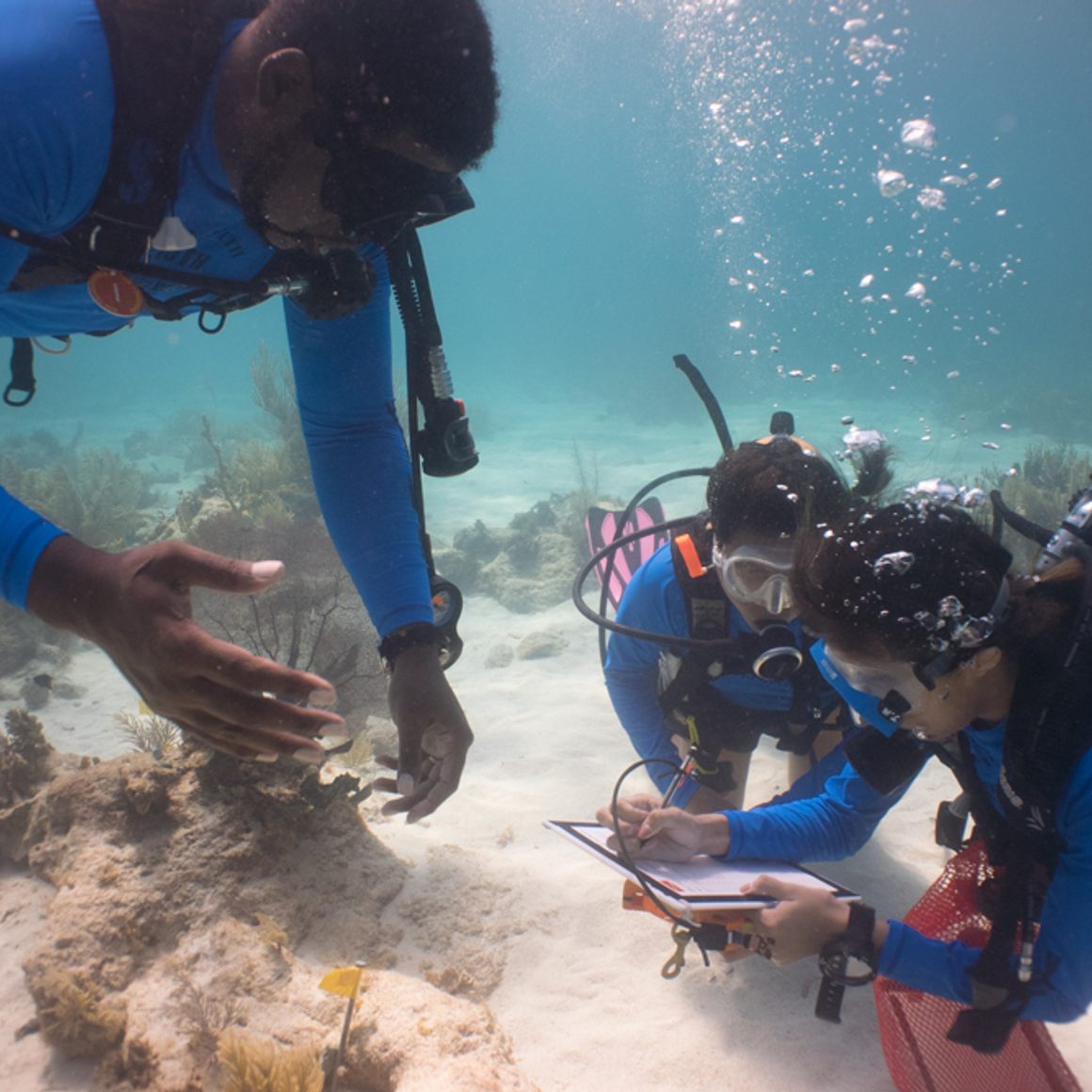 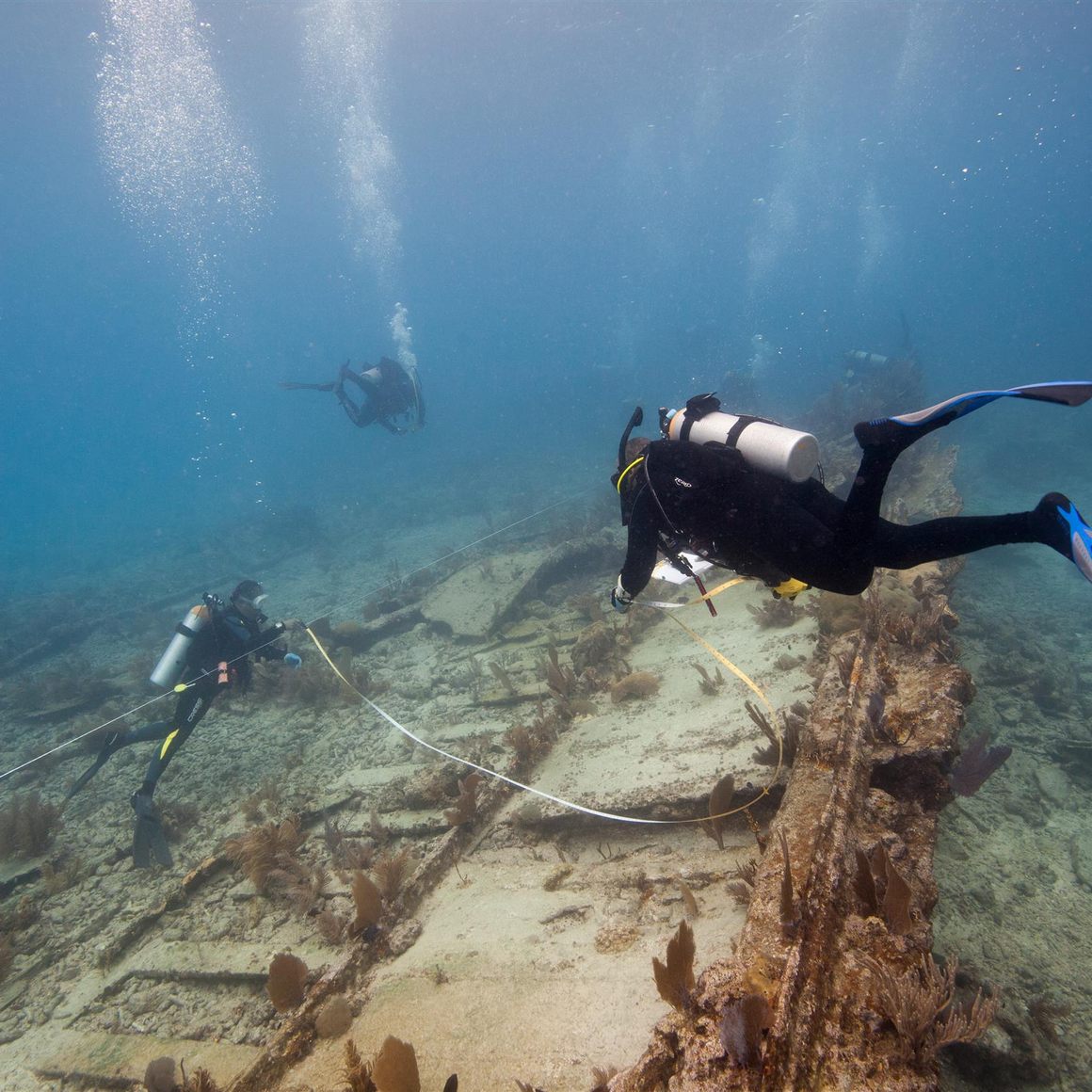 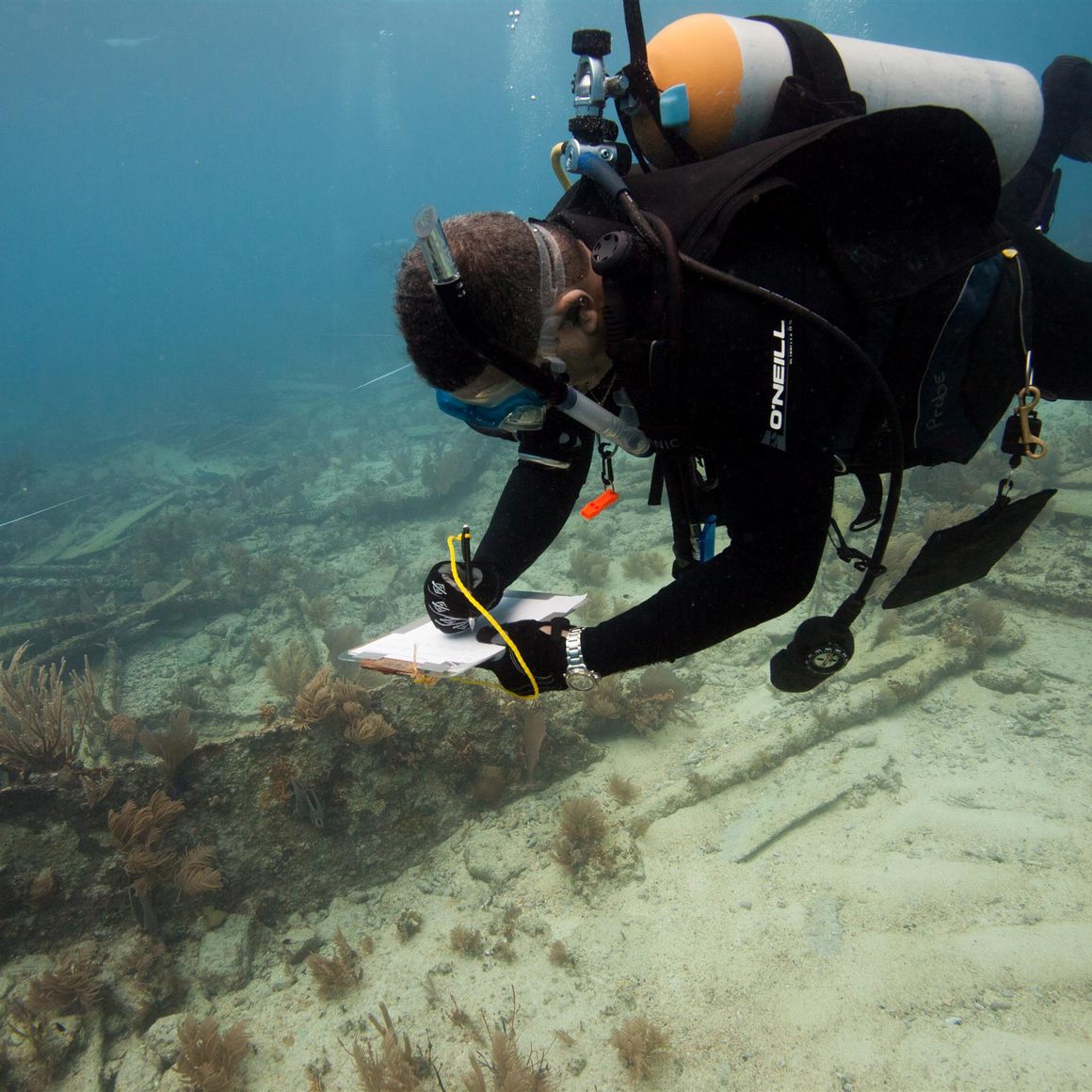 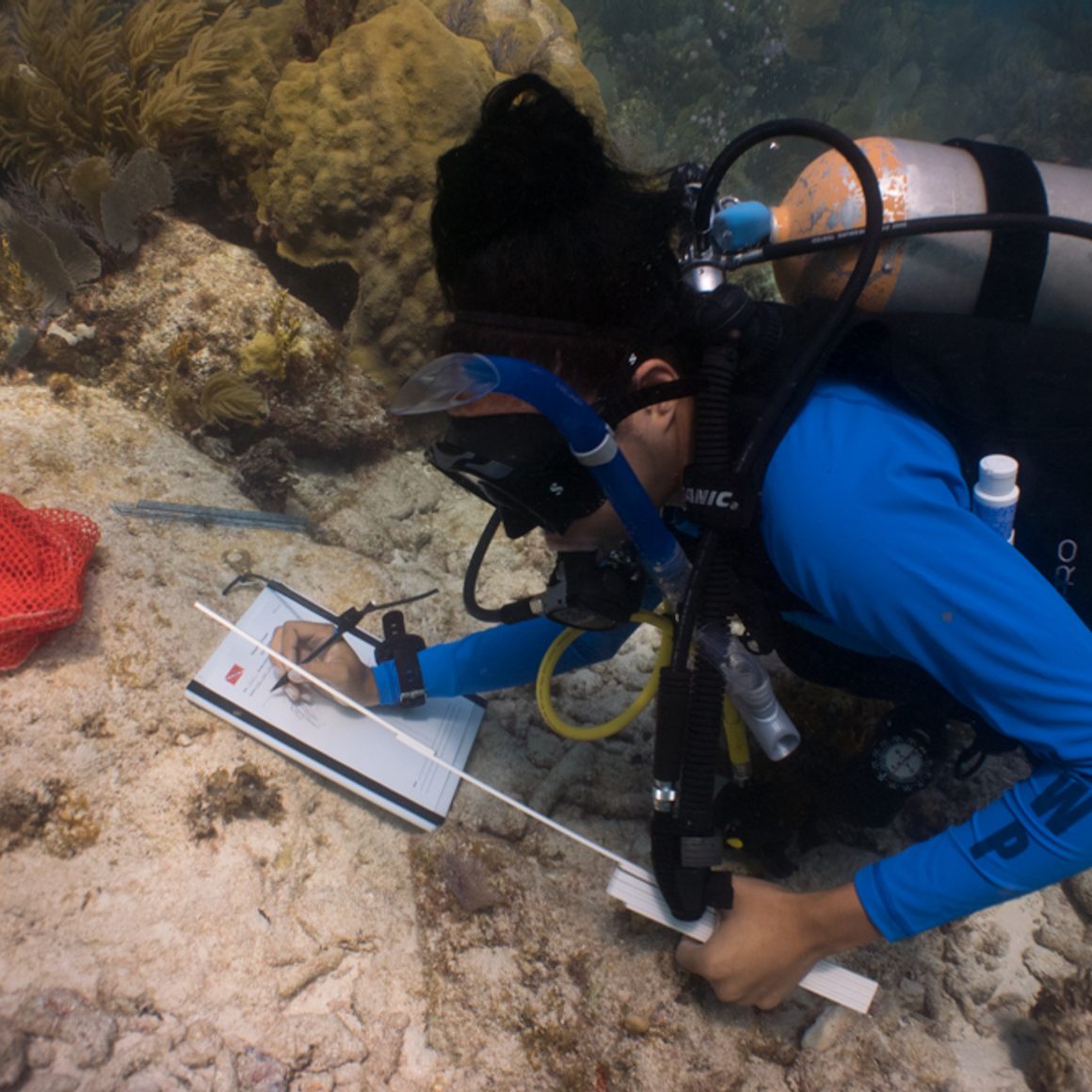 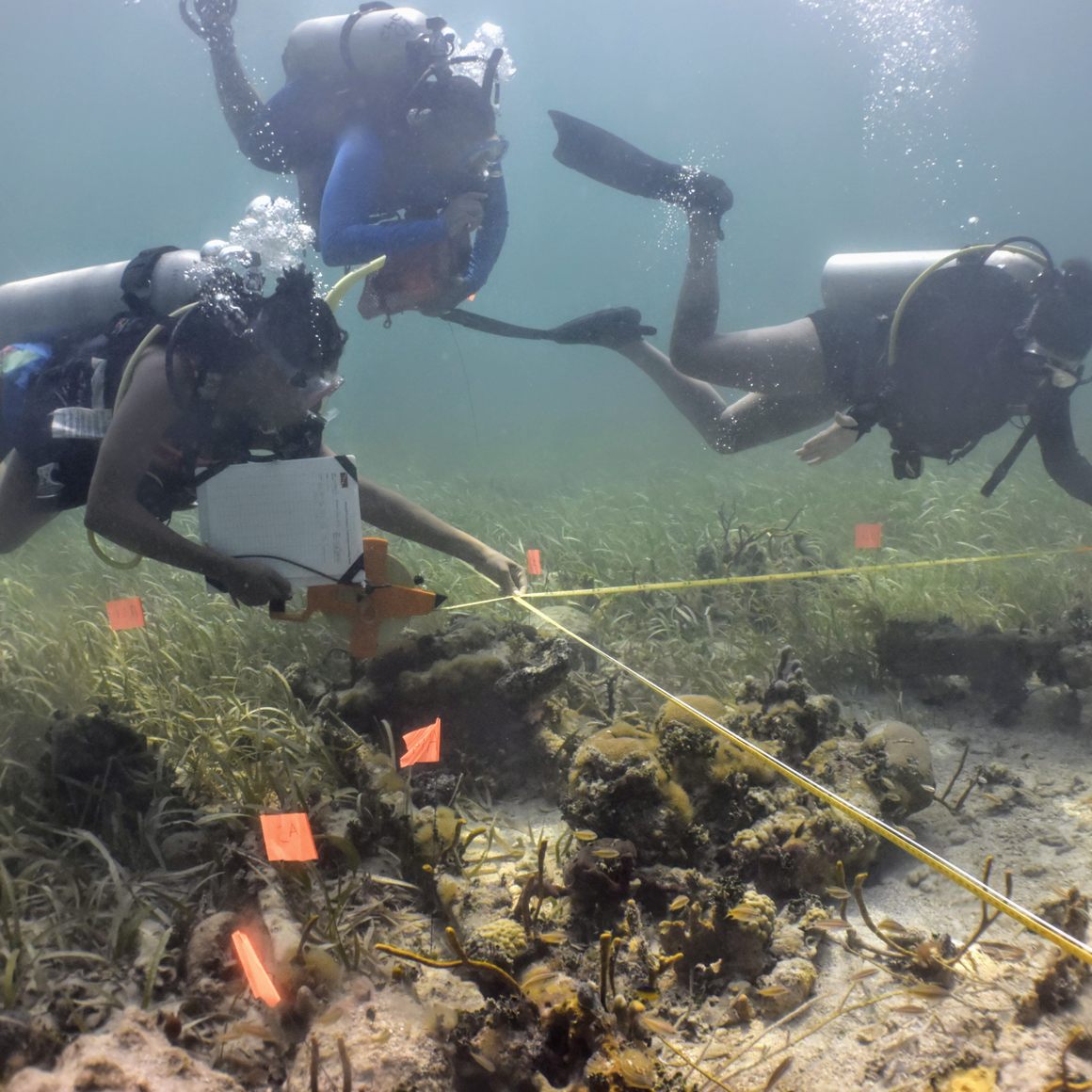 Erik Denson is a Board Member and Lead Instructor for the Diving With a Purpose (DWP) Maritime Archaeology Program. He has been involved with DWP since its inception in 2004.

Erik is co-founder and President of DIVERSe Orlando, a National Association of Black Scuba Divers (NABS) affiliate. Erik has been a certified diver since 1992. He is a PADI Divemaster and a member of the NABS Hall of Fame. Erik is an American Academy of Underwater Sciences - NABS Foundation Scientific Diver and a volunteer diver for the National Oceanic & Atmospheric Administration (NOAA) and the National Park Service (NPS). Over the last 16 years, Erik has assisted in training over 300 divers to become advocate underwater archaeologists. Erik was recently selected as a Board Member for the History of Diving Museum.

For more than a decade, Kramer Wimberley has been a lead dive instructor and Board Member of Diving with a Purpose (DWP). A certified Archaeology Survey Diver, Kramer was recently featured alongside Executive Producer, Samuel Jackson Jr. in the 2020 six-part documentary Enslaved.

Known as a beloved mentor, Kramer has devoted the past eight years as a volunteer to DWP's Youth Diving with a Purpose Program (YDWO). Kramer also leads DWP's coral program called CARES (Collective Approach to Restoring our Eco-System) which aims to preserve the treasures of our rich maritime ecosystems for future divers to enjoy. The CARES program also addresses global climate change through coral out-planting, identification, surveying, monitoring, and data collection. With the help of our partners at the Coral Restoration FOundation, DWP-CARES has farmed and out-planted several thousand fragments of coral in the Florida Keys and on the Island of St. Croix.

Kramer has spent 35 years of his life underwater. He started his career as a wreck diver and traveled to over 35 countries while developing his skills as a diver. With over 4000 dives completed, he shows absolutely no sign of slowing down; earning additional Scientific Diver and rEvo Rebreather certifications. Through all of his extensive diving knowledge, Kramer has discovered that his true passion is teaching people to join him in his element and helping them overcome their fears.

Diving since 1999, Erly Thornton is a Lead Instructor and member of the Board of Directors for Diving With a Purpose (DWP). Erly was one of the 3 founding divers first trained in Maritime Underwater Archeology by the late Brenda Lanzendorf, Chief Archeologist for Biscayne National Park. Erly, along with Erik Denson and Rod Singleton, trained the first groups of DWP divers, teaching many how to be instructors themselves and continued for a decade culminating with a successful training mission in Mozambique in 2014. Honored in 2009 at the National Park Service Awards in Washington, Department of the Interior, DWP received the first
of of its many accolades. Working in technology for 25 years, Erly is employed at Google where he manages an extraordinary group of Cloud Computing Technologists in the Southeast United States.

Erly is also an accomplished Saxophone Jazz Musician, producing several well-regarded projects and receiving Billboard Jazz Top 30 placement in 2012 with “In Transit”. He is currently working on his 3rd Jazz project and resides near the water in Miami, Florida where he can dive whenever the opportunity arises.

Dates and Availability
Atlas Obscura Members get free access to this and other exciting online experiences!
Become a Member
Already a member? Sign in to continue
More Online Experiences
Experience

From Seashells to Driftwood: Beachcombing With Anna Marlis Burgard

Mating Rituals of the Animal Kingdom With Dr. Sarah McAnulty

Think Like A Museum: Curate Your Personal Collection with Alexis Hyde

Starts Tue, May 31
4 Sessions
$215 per person
+ 1 other date
Members Only
Online Experience