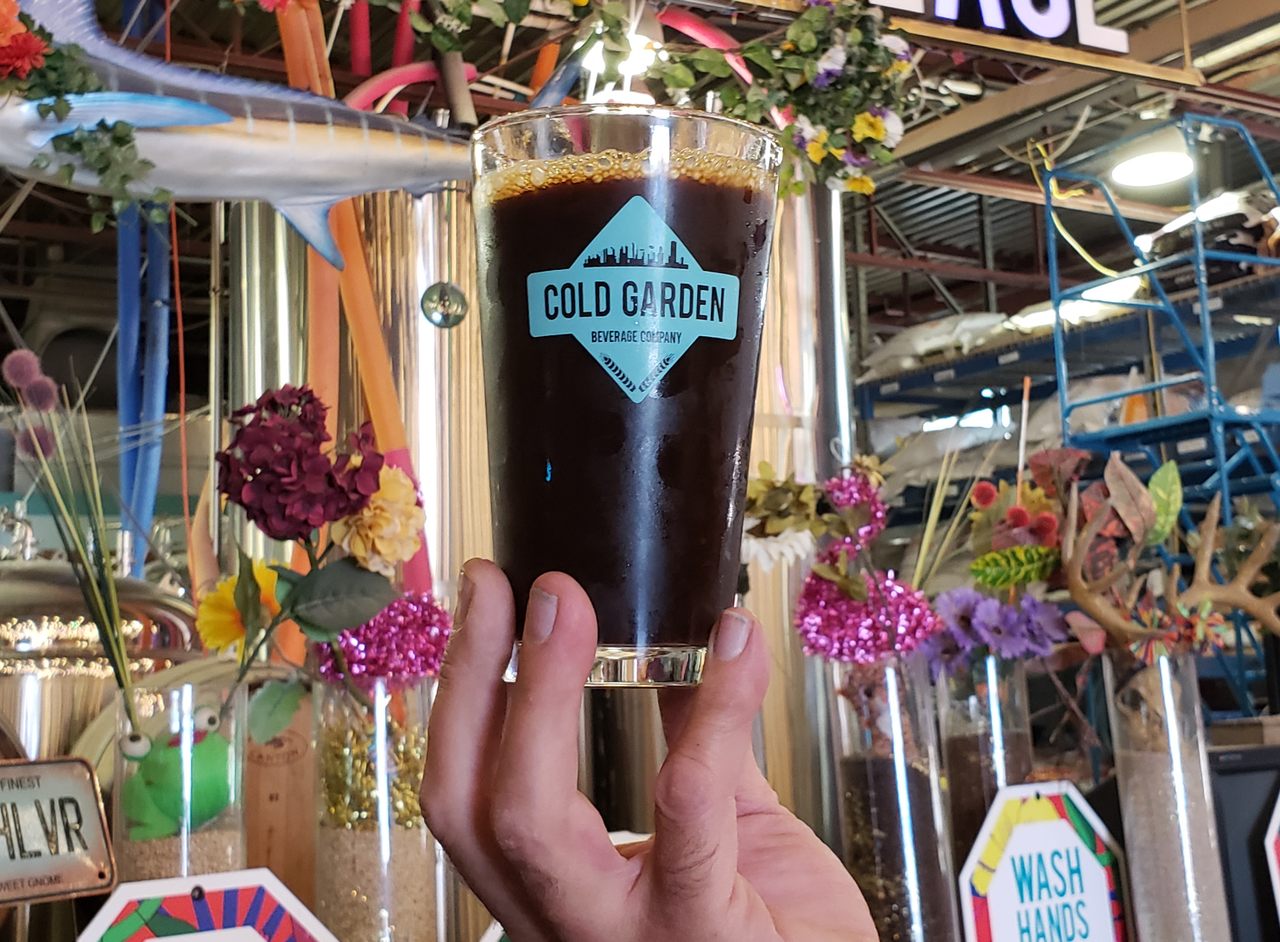 Thanks to Cold Garden Brewery, Cronk has entered the 21st century. Courtesy of Blake Belding
In This Story
Destination Guide

On September 28, 1883, a series of simple advertisements appeared in the Calgary Herald, placed between short paragraphs about tinsmiths, loggers, and hunters in the area. They were concise, staccato statements, mesmerizing in their rhythmic placement amidst the news of the day. Cronk is the drink. Dr. Cronk. Try Cronk. Cronk is good. And simply, Cronk.

The ads promoted a sweet, mildly alcoholic soda that once captured North America’s attention, much like Coca-Cola would do in the next century. Cronk was the drink, after all, and their hilariously compelling advertisements have recently prompted a revival for the extinct beverage.

“Cronk shows up around 1840,” says Paul Fairie, a researcher at the University of Calgary, who in his spare time parses old newspapers for interesting content. “By 1848, people are calling it ‘Dr. Cronk’s celebrated root beer.’ That’s when newspaper stories about Cronk start to appear.”

In June, Fairie posted a Twitter thread of the hypnotic Cronk ads, which appeared in newspapers until about 1920. The thread quickly went viral, with people reveling in the ad’s subliminal stylings. (One read, “Who said Cronk was dead?”) As a result, Fairie has now become the de-facto expert on the long-dead root beer.

Twitter users soon started a Cronk investigation, focusing on two important details: the origin of its name and what it tasted like. Period newspapers soon revealed that like many soda pops from the 19th century, Cronk was merely sold by pharmacists. It wasn’t the invention of some sugar-loving medical professional, though it was advertised that way. Cronk’s inventor—Warren Cronk—developed the drink to capitalize on the supposed health benefits of sarsaparilla, a woody plant whose root reportedly reduced inflammation and joint pain, among other afflictions.

“The business was a franchise model—basically, you would get the rights to the recipe in your city,” Fairie says. “There wasn’t a big [Cronk] company that existed. And some of the franchisees were his family, so there’s a few Cronks who appear. I don’t think any of them were doctors.”

The drink proved tasty enough that some of the Cronks and non-Cronk franchisees of the beverage sold bootlegged or counterfeit Cronk. These crank Cronks were apprehended and reported on in the papers, notes Fairie on Twitter. Some of them ended up in jail for peddling non-franchised versions of the drink. And along with the grifters that came with Cronk’s soaring popularity, the drink also attracted detractors—Temperance advocates, mainly, who pointed to the numerous instances of Cronk-induced inebriation, causing conflicts like the Hippodrome War of 1853, a circus brawl in Ohio where the fighters used Cronk bottles as weapons. In 1857, a play premiered featuring Cronk as a devil’s drink, corrupting those who imbibed.

While Cronk fever faded by the early 20th century, Fairie’s tweets brought it back. “Cronk” started trending on Twitter in Canada, and the short and simple language of the ads made easy fodder for memes. Before long, a Twitter sleuth found a Cronk recipe in a 160-year-old handbook, written by an anonymous ‘American gentleman and lady.’ Cronk, as it turned out, was a mixture of sassafras, sarsaparilla, hops, chamomile flowers, cinnamon, and ginger, boiled together and combined with steeped tea, yeast, and a whole lot of molasses. Brewers would then ferment the liquid before consumption.

The discovery of the recipe sparked real momentum to revive Cronk. Within days, Calgary’s Cold Garden Brewery announced that they would create a commercial version of the beverage.

“There was a lot of buzz about it, and people were tagging breweries online. It became a big rallying cry for Cronk,” says Blake Belding, the co-owner and head brewer at Cold Garden. “I quickly realized I was going to brew Cronk whether I wanted to or not.”

Belding and his team got to work. Using the 1860 recipe, the brewery went about sourcing the ingredients and cooking up Cronk—likely the first batch brewed in a century.

“We followed the recipe exactly, except for the sassafras,” Belding says. “We didn’t know it at the time, but sassafras root is carcinogenic and illegal to use in commercial beverages. Now I have two pounds of sassafras I don’t know what to do with.”

Instead, Belding concocted different teas from burdock root, birch root, wintergreen, mint, and dried orange peels to find a sassafras replacement. After he decided on a reasonable alternative in mid-July, he set aside the new Cronk to ferment. Though it hasn’t finished fermenting, Belding has been sampling the soda-tea-molasses drink intermittently.

“Without giving too much away, it tastes nothing like what I expected,” Belding says. “Cronk was marketed as a blood tonic. If someone told me this would purify my blood, I’d believe them.”

The Twitter community has been waiting with bated breath for the debut of the antique drink. In the meantime, many have made Cronk merchandise, such as t-shirts, in anticipation of its arrival. But Fairie cautions that people should manage their expectations when it comes to actually drinking real Cronk. After all, its vintage flavor might not appeal to modern palates.

“Cronk was the drink, and people should give it a chance,” he says. “It’s now become about the actual beverage, but the initial thing was just that, ‘These ads are very convincing. I’m sold on Cronk.’”

That’s not to say Fairie isn’t excited for the drink, of course. Since he lives close to Cold Garden Brewery, he’s practically first in line to try it.

“We’ll have a special bottle with [Fairie’s] name on it,” Belding says. “He’s the Cronkfather.”

Drink like King Midas and George Washington with these brews.
food

The "loneliest woman in America" brewed root beer for thousands of visitors.
Video • Wonder From Home

This Haudenosaunee restaurant is a delicious tribute to indigenous cuisine.
Lake Louise, Alberta

Try the alligator at this fondue spot, which has been catering to "lovers and hedonists" since 1967.
Osoyoos, British Columbia

The Jewish diaspora shares a menu at this museum café.
Want to see fewer ads? Become a Member.
From Around the Web
THE GASTRO OBSCURA BOOK
Taste the World!
An eye-opening journey through the history, culture, and places of the culinary world. Order Now