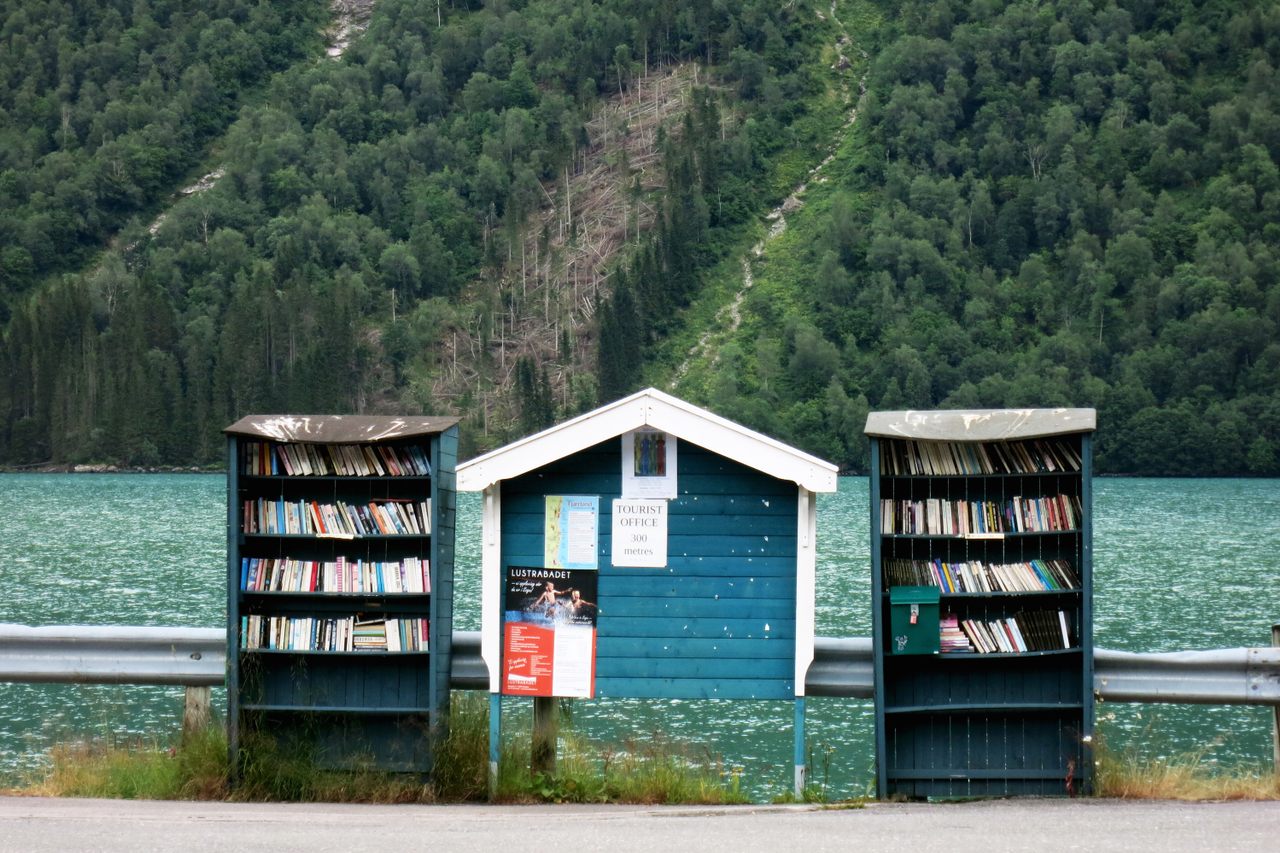 What makes a book town?

It can’t be too big—not a city, but a genuine town, usually in a rural setting. It has to have bookshops—not one or two, but a real concentration, where a bibliophile might spend hours, even days, browsing. Usually a book town begins with a couple of secondhand bookstores and later grows to offer new books, too.

But mostly, they have a lot of books for sale.

Hobart, New York, is a perfect example of how having one bookstore in a small town is nice, but having many bookstores together makes a place special—a destination. Since the 1970s, book towns like it have been springing up all over the world. There are now dozens of them, from Australia and Finland to India and South Korea.

In the forthcoming Book Towns, journalist Alex Johnson catalogues these most charming of tourist destinations. He spoke to Atlas Obscura about the pleasures of out-of-the-way places defined by their books.

What makes a good book town?

Well, they’re all very picturesque. That’s one of the reasons they generally get picked. They’re away from cities, so rents are low. I think the main thing that makes a book town, what you need, is somebody really keen or a few people who are really keen to push it forward. Often, they’ve been in places where economically things have been a bit slim, or the population’s been decreasing as the younger people move away into the cities.

Hay-on-Wye, in Wales, was the first one, and it started in 1977. How have book towns changed over the past few decades?

I think they’re actually quite similar to when [bookseller] Richard Booth came up with the idea. He started Hay as a book town very much to regenerate it—to provide employment, keep people in Hay, and provide an actual tourist destination. Today it’s the same idea. Book towns are tiny little places, and people wouldn’t come to them otherwise, and everyone would disappear.

After we’ve gone through everyone getting excited about e-books and online reading, having something practical and in your hand is something that people are happy to travel for. They’re starting to come back to this idea of things that are homemade, things that are made, things you can hold and smell and touch. I think in locations that are particularly picturesque, those things come together, and people feel they are getting a proper physical experience.

It seems like there’s tension there between the picturesque nature of a charming book town and this almost mercenary economic logic.

Absolutely. They’ve got to be quite business-minded and hardheaded about it, otherwise it won’t work. But I don’t think anybody’s going to make billions out of selling secondhand books, so it’s got to be people who are doing it for the love of it.

What does it take to set up a book town that will survive?

They’ve got to be sensible about providing a large amount of bookshops. You can’t do it with one or two. You need plenty. You need to cover a range of things. Some of the most successful ones have been where it’s not just bookselling. There are publishers or printers or artists or designers. It becomes a creative hub, where the books might be the jumping off point but there’s plenty around it. Even the most hardened bookworm is going to want to do something else—that’s where the picturesque element comes in.

When you have a town like this with so many bookstores in one place, how do the businesses distinguish themselves from one another?

There are a few places that have quite a strong central group, but most of them are quite loose. They nearly all have booksellers associations, but it’s quite like a friendly cooperative—helping each other while still looking out for their own businesses. They’re not trying to do each other down. They are genuinely trying to raise each others’ profiles.

If someone wanted to understand the range of book towns, what four or five would you send them to?

I would definitely go to Hay, because that’s the first one. They’ve got a good wide range of bookshops, and there’s a new book museum opening later this year there.

I would say … Paju Book City in South Korea. There’s a huge number of publishers and printers there, as well as books. Everywhere else, people are living there—in Paju, people don’t live there. They come in to work there. Everything is book-related.

Clunes, in Australia, has done a very good job of building themselves up. Originally it was a gold rush town, and they quite often shoot films there. They shot Mad Max there. They’re really pushing forward what can be done.

I think Wigtown, in Scotland, is a good example of a place that’s really regenerated. Twenty years ago, it was having a really tough time—shops and industries closing, people moving out. And they’ve absolutely turned it around. The guy who runs the biggest secondhand bookshop there, he’s just written a book called The Diary of a Bookseller. They’ve gone from nothing to doing a big literary festival and spin-offs, as well. And it’s a beautiful setting.

What surprises people about book towns?

So many of your books have to do with books. It seems like you love them! Why do you keep coming back to writing books about books?

I think there’s so much to do with books, apart from reading them and enjoying them. Book lore and book history and everything around them, to do with libraries or culture, I think it centers so much of civilization. It’s the physical nature of them. It’s the smell of them. That feeling of ownership, once you’ve read it and you own it. I think books are very comforting.

Tell Us About Your Most Unusual Cookbook

Do you have an offbeat cookbook in your collection? Gastro Obscura wants to see it.
bookstoresbooksfeatures

When a strange document appeared in her shop, an Australian bookseller turned detective.
bookstores

And, also, illustrated them.
bookstores

Four years after the Iraqi city of Mosul was liberated from ISIS, Daud Salim is the first—and the only—bookseller to return to the storied street.
Video