What a Viral Video of a Coyote and Badger Says About Interspecies Duos - Atlas Obscura
Want to see fewer ads? Become a Member. 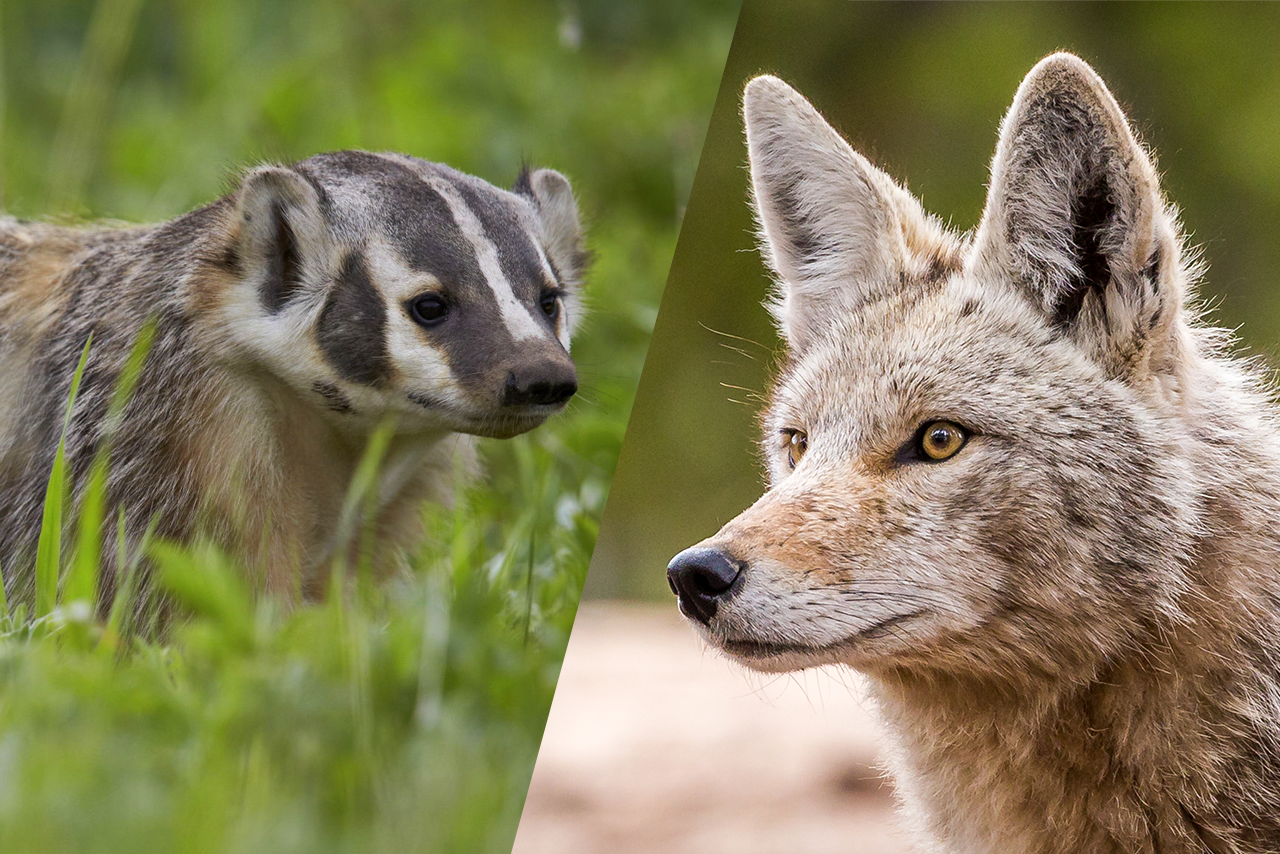 When he saw the video of the coyote and badger, Neal Sharma was speechless. “The playful body language of the coyote first got my attention,” he says. “But when the badger snout entered the frame, it blew me away.”

Sharma is the wildlife linkages program manager at the Peninsula Open Space Trust (POST) , the organization that recently released a short video shot under a highway near the southern part of California’s Santa Cruz Mountains. In it, a coyote dances playfully at the entrance to a culvert (a tunnel beneath a roadway), appearing to wait for the badger that follows. The pair then travel into the tunnel together. Nature-video gold.

They may seem an unlikely duo, but coyotes and badgers have a long-recognized relationship as occasional hunting partners—a phenomenon known to Native Americans and early settlers (and described in an 1884 paper in American Naturalist).

Out on the prairie, both species go after animals such as ground squirrels, but in different ways: Coyotes search, stalk, chase, and pounce, while badgers “are basically backhoes,” excavating tunnels and digging up animals hiding underground, says evolutionary biologist Marc Bekoff, a professor emeritus at the University of Colorado, Boulder. While shared prey makes them competitors, joining their skill sets turns out to be mutually beneficial.

Specifically, scientists have shown that a coyote’s hunting area increases significantly when the canid hunts with a badger, and that pairing up saves the coyote energy, and probably search time as well. With a badger working the scene, a coyote can mostly wait in the brush, then scramble at the last minute to capture the fleeing rodent flushed out by the badger.

While a little harder to assess, badgers also appear to save time and energy by hunting with coyotes, spending more time underground eating their quarry than aboveground searching for and digging after it. And when squirrels sense a coyote’s presence and stay put in their burrows, the badger can go after them—the equivalent of shooting fish in a barrel.

But the two species aren’t always so friendly. Back in 1980, Bekoff and his colleagues observed coyotes working together to kill badgers. “We don’t know how often this occurs—badgers are really nasty to approach,” he says. But it does happen.

Also, he points to a coyote pack he studied in Grand Teton National Park that didn’t associate at all with the local badgers. “They were not friends or partners,” he says. “They clearly avoided each other.”

Importantly, the animals that do pair up aren’t then sitting down and eating together, notes evolutionary ecologist Emily Latch of the University of Wisconsin, Milwaukee. “Badgers often take the meal underground,” she says. “But coyotes will absolutely swipe it if they have the chance. It’s a hunting association, not a food-sharing one.”

While biologists consider these associations to be temporary and hunting-related, back in 2016, Kimberly Fraser of the National Black-Footed Ferret Conservation Center in Colorado observed a coyote and badger that simply seemed “happy to be together. They’d rush forward to greet each other, sun themselves right next to each other, explore, and travel side by side.”

Between September and late November that year, she observed the pair outside her window many times. Sometimes they’d investigate a spot where the badger had been digging, she says, “but I never saw them actively hunting. They were simply together.”

“It just shows how flexible these animals can be,” says Bekoff. “And it shows that they have different personalities, different moods.” Each relationship is its own case, he says, affected by the age of the animals, their past experiences, and their current circumstances. “We can’t make generalizations about how animals get along.”

Cases in point are the many observations of interspecies “friendships” recorded around the globe, often between animals in captivity but sometimes in the wild—even between predator and prey. With animals there are exceptions to virtually every rule.

The now-famous coyote-badger footage actually includes a round-trip crossing (going north, the badger leads the coyote). “This is, to my knowledge, the first report of these two species using a human-made crossing structure together,” says POST’s Sharma.

The clip is from one of more than 50 remote cameras set up between the Santa Cruz Mountains and neighboring ranges—part of a POST study, in partnership with Pathways for Wildlife, that’s taking a biological inventory of the area and looking at how wildlife interacts with major roadways in the region. Even when not built specifically for the animals, bridges and tunnels, Sharma points out, can have significant conservation value as habitat becomes more and more fragmented by roads and other development.

As for the behavior on camera, “the coyote doing that little play bow—it looks like it’s saying, ‘Come on, come on,’” says Latch. “And in a sense, that’s what going on. Coyotes do encourage badgers to move and search for prey by scrambling around, leading, and play bowing.”

She also notes that the badger’s posture suggests ease: “With that tail up, trotting away, that means the animal is pretty comfortable, pretty content.”

Wildlife ecologist Stanley Gehrt of Ohio State University, who has studied both species, agrees. “As scientists, we’ve seen this relationship for quite a while,” he says. “But the value of this video is that it conveys pure companionship, happiness, a camaraderie. They seemed happy to be with each other.”