The "world's biggest dinosaur" once housed a creationist museum in its abdomen.
Place

Escaping the urban sprawl of Los Angeles is much easier than you think. A 2.5 hour drive east puts escapees in the desert, where most visitors stop in Palm Springs. The fabricated oasis of spas and golf courses is nice for some, but real adventurists continue driving east. Last weekend, LA Field Agent Matt Blitz and I did just that, embarking on an exploration of the weird and wonderful culture of the California High Desert.

Our first stop was Cabazon, a small town roughly 90 miles east of Los Angeles. The town is best known for the Morongo Casino, a massive high rise building awkwardly placed along Highway 10. Impressive, maybe, but we chose to pass on gambling in favor of the town’s other, more obscure attraction: the Robotic Dinosaur Exhibit. 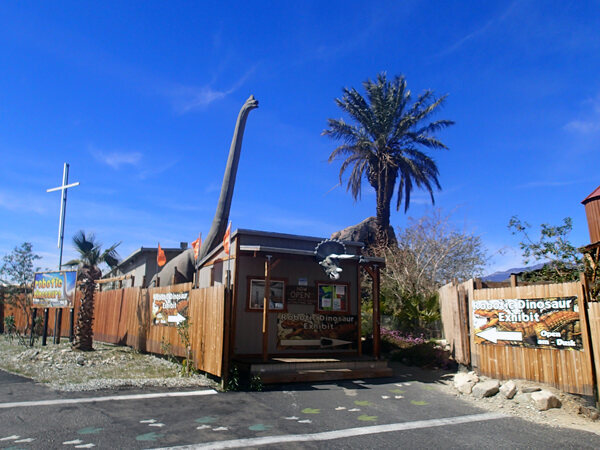 The uninviting entrance to the Robotic Dinosaur Exhibit

Cabazon Dinosaurs, which houses the exhibition, is a roadside attraction that consists of a dinosaur-themed indoor/outdoor museum and gift shop. Both spaces attempt to educate visitors on dinosaurs, while simultaneously openly preaching religious creationism. 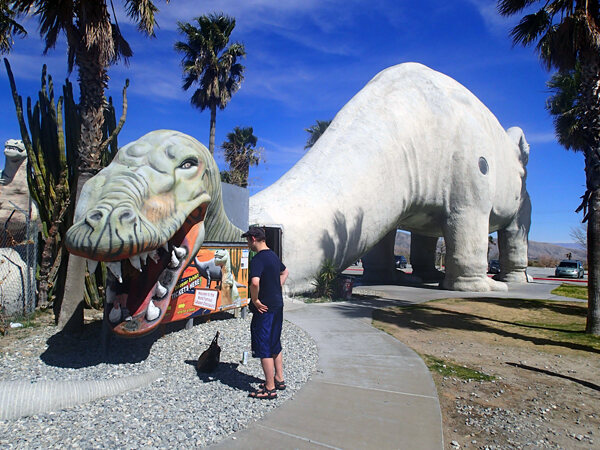 The gift shop is in the stomach

Matt bought a mug in the gift shop, which was located in the belly of an enormous Brachiosaurus. According to the museum, it is the ”World’s Biggest Dinosaur Store.” More importantly, it was featured in 1985 Tim Burton film, Pee-wee’s Big Adventure. 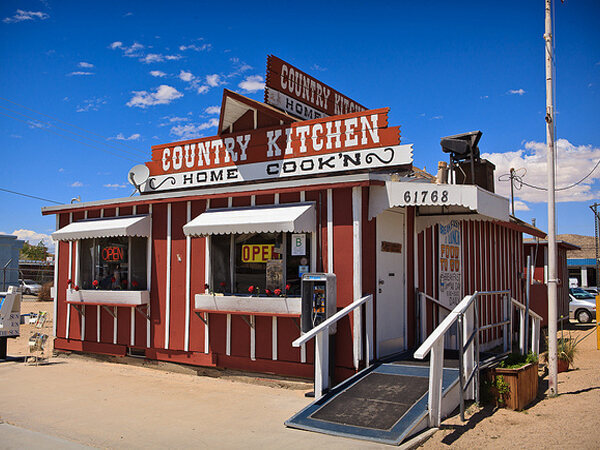 Following our short stint at the dino museum, we headed further east into the high desert to Joshua Tree, a town situated just 30 miles northeast of Palm Springs. We had lunch at Country Kitchen, a five table diner offering American breakfast, Cambodian lunch, and date-flavored milkshakes. It was an unusual combination that seemed oddly appropriate for the High Desert. 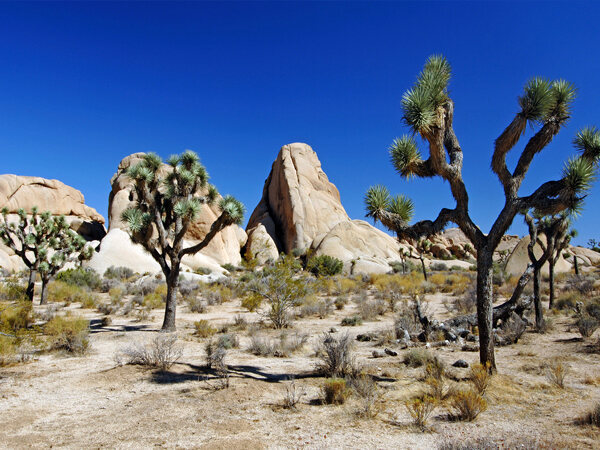 I should stress that Joshua Tree is not known for its food, but rather the incredible park that bears the same name: Joshua Tree National Park. The park is approximately 1,234 square miles of massive rock formations, cacti, and Dr. Seuss-esque Joshua trees. 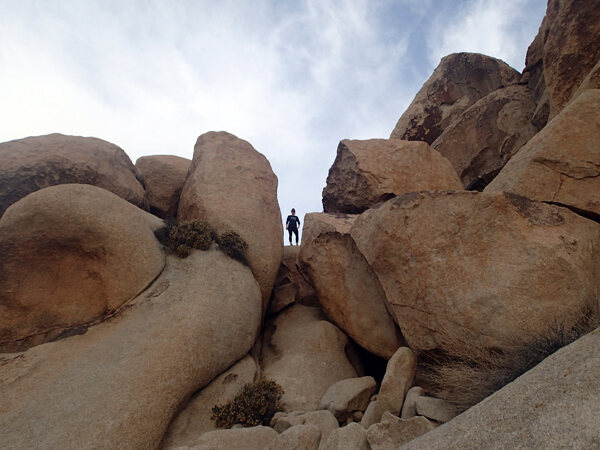 Perspective is everything in Joshua Tree National Park

The grandeur of its colossal boulders is both impressive and humbling. The vast open space, which stretches for miles in silence and is void of humans, is incredibly eerie. It is especially unsettling at sunrise and sunset, when the light turns the world orange and you start to believe that you’ve been transported to Mars. In short, Joshua Tree National Park is unlike any other protected land in the United States. 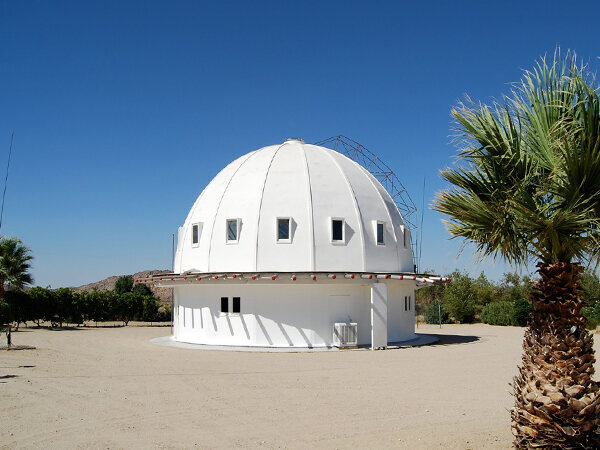 The Integratron was inspired by aliens from Jupiter

The following morning we attempted a trip to The Integratron, a parabolic dome-shaped structure inspired by a 1950s UFO encounter. It currently operates as a sauna of sorts; a place to experience a 30-minute “sound bath.” We hoped that this would cure us of our evils. Unfortunately, it was booked solid that day, so we decided to postpone all sonic-healing sessions until next time. 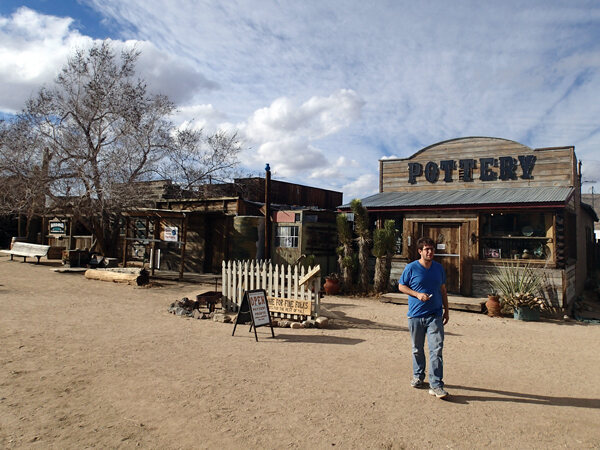 Matt takes a stroll down Main Street in Pioneertown, California

Our final stop of the weekend was Pioneertown. Closer to Palm Springs, but deeper into the barren desert, this town was built in the 1940s to serve as a movie set for several Hollywood Western films. The theatrical town is comprised of one street and a dozen buildings. What is unique about this set is that the town’s structures were built whole, not just the facades, to cost-effectively house actors and crew during film shoots. Because of this, the once fake town is now a real town, 60 years old but perfectly preserved in the dry desert. 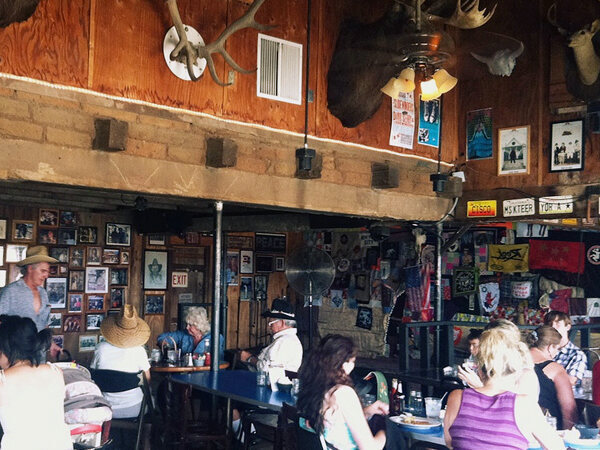 The highlight of Pioneertown is Pappy and Harriet’s, the only restaurant in town and arguably the best place to eat and drink within 50 miles. The barbeque joint is housed in one of the original sets and serves fantastic smoked meats and hefty beers and libations. It was surprisingly crowded when we arrived at 3 pm and became increasingly full when we left an hour later. That was the last surprise of our curious weekend.

When I used to think of the word “desert,” I thought of sand, cacti, tumbleweeds, and big, open spaces without a soul in sight. After our trip, I can only imagine the fascinating subculture of artists, outdoorsmen, and miscellaneous eccentrics that we encountered in the California High Desert. Joshua Trees are said to only grow at certain temperatures and altitudes. Perhaps the same is true for the unique slice of Americana that we encountered there.

All photos by the author.

HEAD TO THE HIGH DESERT: 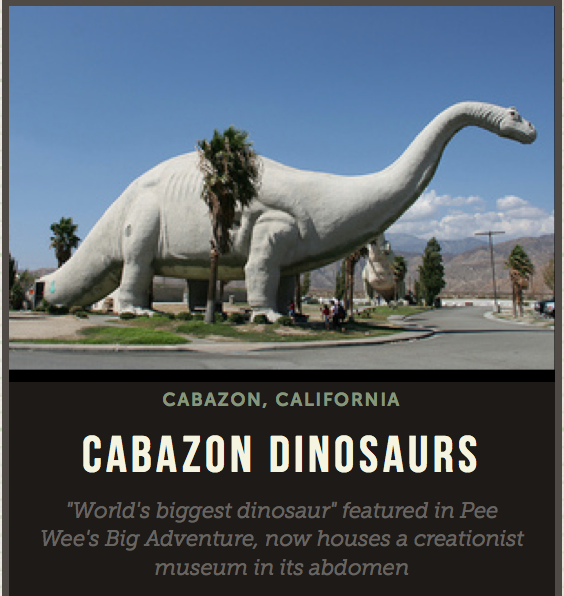 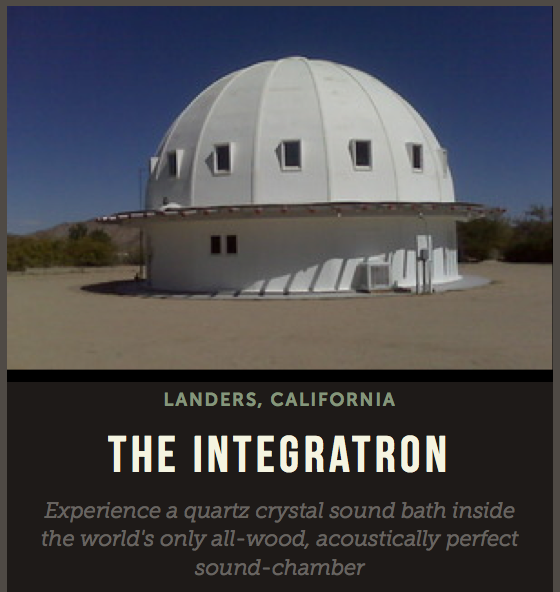 Drink your way through the history of life on Earth.
Video