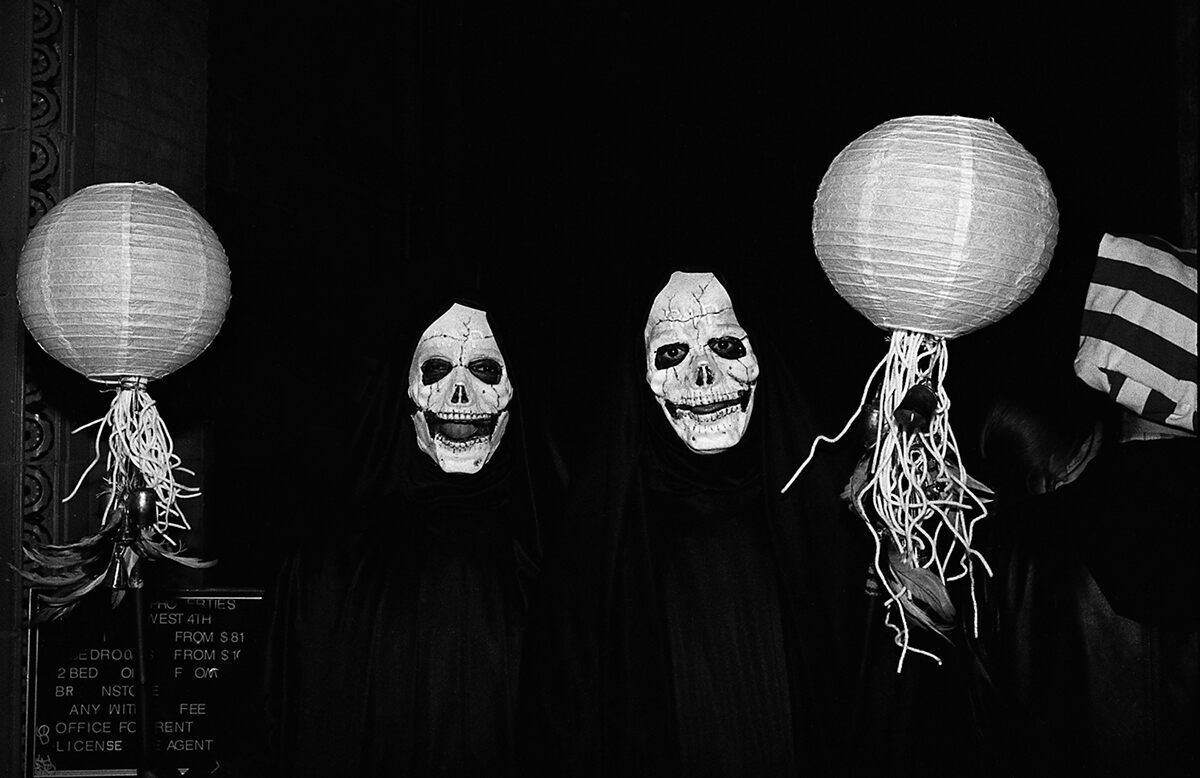 Scenes from Halloween in the West Village, New York, 1993. All Photos: © Grégoire Alessandrini
In This Story
Destination Guide

Twenty-three years ago, in 1993, Gregoire Alessandrini was a student living in New York City. As a new arrival from France, he found the city to be an intoxicating mix of constant surprises—ones that he photographed whenever possible. Halloween in particular was an event that caught his attention: “Halloween in New York is such a treat. It feels like everything is permitted and that everyone has the right to be who they want to be…whatever it is!”

But on Halloween in 1993, Alessandrini, rather than film the parade, decided to walk around the West Village.  It was “where the real show was!” Shooting with an old Contax camera and flash, Alessandrini captured an atmosphere he recalls as one of “happiness, tolerance and eccentricity.”

Some of the photos also hold clues to the time period: in one image, a reveler wears a Ross Perot costume. What’s also striking about the photographs is what we don’t see: no-one is checking their smartphones or posing for selfies.

From 1991 to 1998, Alessandrini captured New York scenes across different seasons and different neighborhoods, some of which have now changed almost beyond recognition. His online archive, New York City in the 1990s, currently has around 1,500 images of New York, all scanned from negatives and slides that he had stored for years in an old suitcase.

Ahead of Halloween weekend, Atlas Obscura takes a look back at how New York celebrated in 1993.

There's Only One State Embassy In Washington. Of Course, It's Florida's

The rise and demise of the night of the living dead.
nature

The winners of the 2020 World Nature Photography Awards have an eye for the sublime.
cats

The challenge of capturing something almost impossible to see.
underground railroad

How acclaimed artist Dawoud Bey used the landscape to tell the story of the unseen.
List

The strange and unusual places Atlas Obscura readers wanted to visit most in the Big Apple in 2018.
List

Famous and historic graveyards to visit in the five boroughs.
List

Even Midtown Manhattan Has Its Secrets

There are treasures hidden in plain sight in America's most commercial neighborhood.
List

You know you need these unique New York stores.
List

An off-the-beaten-path walking tour of weird and wonderful sights at the tip of the Manhattan Isle.
List

Nighttime scenes of parked cars and deserted streets.
Read more
Thanks for sharing!