These Namibian Hills Are Holdovers From an Ice Age - Atlas Obscura
Want to see fewer ads? Become a Member. 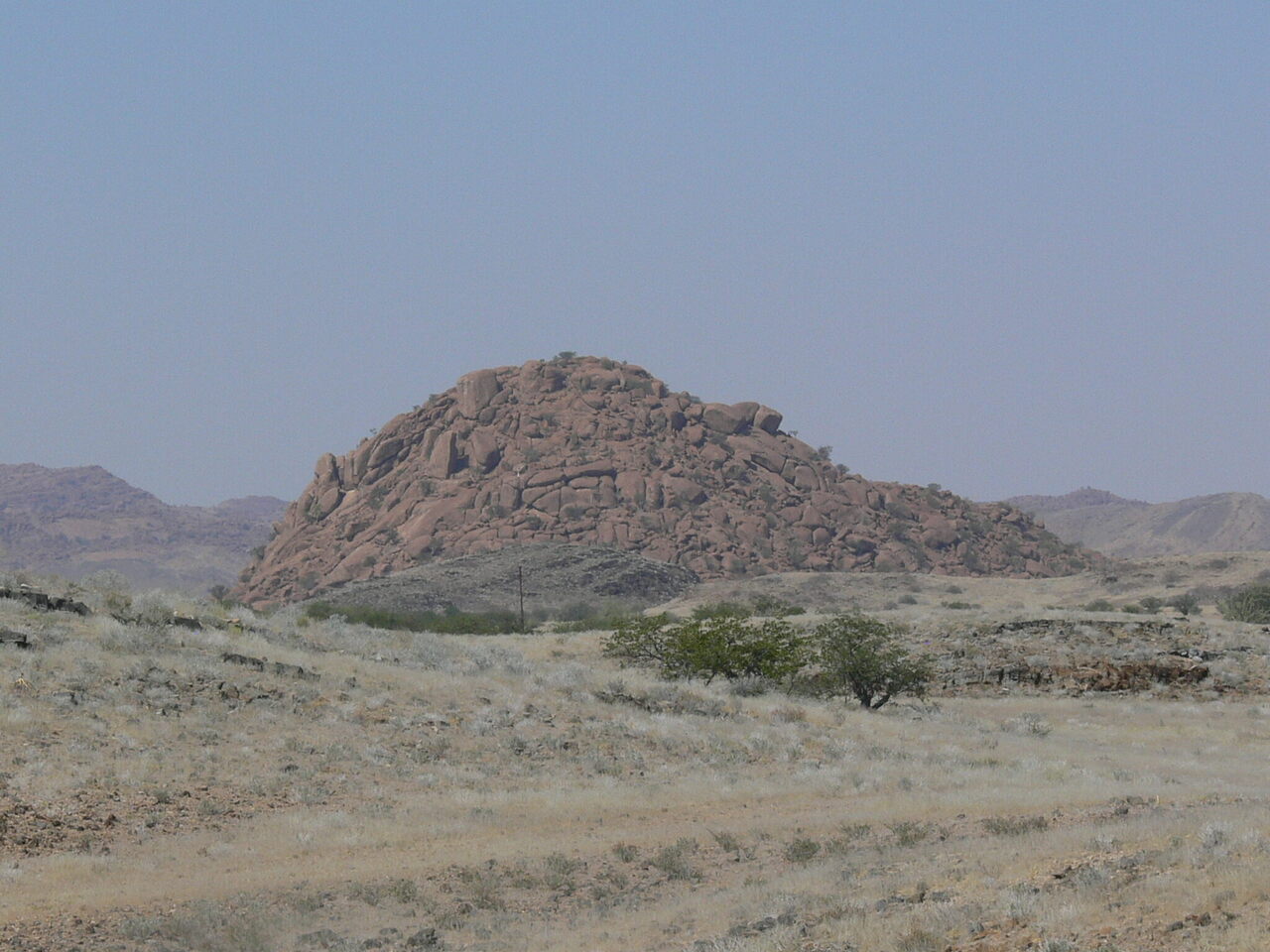 We may not think of Namibia, in southern Africa, as an icy place, but the dozens of drumlins stretching out in its Twyfelfontein region are only there because of the glaciers that preceded them.

Drumlins are hills formed by glacial activity. They’re typical, unsurprisingly, in places like upstate New York, Wisconsin, parts of Canada, and Scotland, says Graham Andrews, a geologist at West Virginia University and lead author of a new PLOS One study about the Namibian drumlins. Andrews didn’t arrive in Namibia with the intention of studying, or even finding drumlins—he was there to look into volcanic rocks—but he recognized them because, he says, he grew up on one in Northern Ireland. While it has long been known that southern Africa had once experienced its own icy age, Andrews discovered that no prior research on these drumlins had been conducted. He returned to West Virginia eager to fill that gap.

Andrews and one of his students used Google Earth and Google Maps to take the measurements of the desert drumlins—some 98 of them in all, clustered in groups of between 10 and 20 parallel hills, covering about 100 kilometers. On average, he says, the hills were about 500 meters long, several hundred meters wide, and 50 meters high—fairly consistent with the dimensions of other proven drumlins around the world. That there was consistency among nearly 100 samples further validated Andrews’s original hunch: that somehow, these desert hills in Namibia were just like those at home in Northern Ireland. “You could basically take these ones from Namibia,” he says, “drop them in Canada, and they wouldn’t look out of place.”

But these particular desert drumlins also have their own distinct features, which help to shed new light on the southern African Paleozoic Age of about 300 million years ago. These happen to be striped with large grooves, which must have been carved by rapidly moving ice. Many drumlins, says Andrews, consist of rock, sand, and mud deposited beneath a glacier that eventually melts. These, on the other hand, were sculpted by an “ice stream,” part of an ice sheet that moves 10 to 100 times faster than the rest of the ice. These streams—which Andrews likens to “super highways” of ice capable of carving out bedrock as they accelerate—are fairly common in contemporary Greenland and Antarctica, he says. But only now do we know that they were part of the infrastructure of southern Africa’s own ice age.

The decks suggested proper technique, and were a path to class mobility.
namibiadestination southern africaafricaglaciersicerock formationsdeserts

As glaciers and ice sheets keep dwindling, scientists are proposing everything they can think of.
glaciers

This Glacier Is Losing Ice Faster Than Any Other in Antarctica

The Transformation of Namibia's Etosha Pan, From Parched to Soaked

Satellite images track the shift from dry to wet at a vast, prehistoric lake bed in southern Africa.
Read more
Thanks for sharing!