These Maps Capture the Spirit of Cities By Collaging Their Hidden Details - Atlas Obscura
Want to see fewer ads? Become a Member. 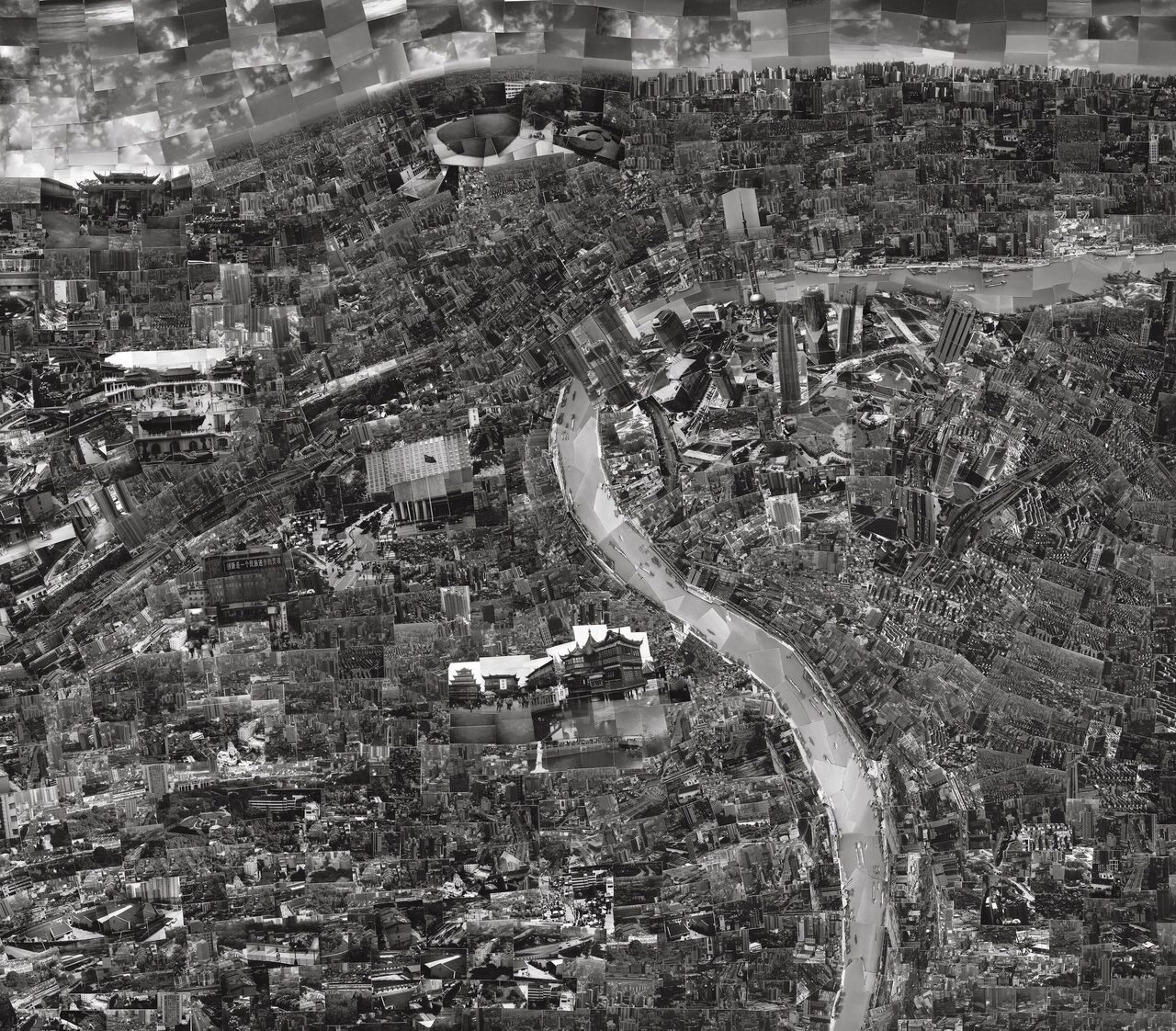 Every city has its own character and spirit. Among familiar towering skyscrapers and congested streets, there are unique layers folded in the fabric of urban environments. These nuances are what Sohei Nishino captures in his massive monochromatic map series Diorama Maps.

For the past 14 years, the 34-year-old photographer and artist has wandered up and down streets, alleyways, mountain tops, and monuments snapping thousands of photos of major cities around the world. He’ll spend anywhere from one to three months taking pictures with his 35mm Canon EOS 1V before he returns to his studio in Shizuoka, Japan and begins the long, arduous process of piecing together the tiny contact sheet prints on a large canvas.

The maps are like panoramic puzzles. The thousands of different black and white photos taken over months of walking through a city are layered in a chaotic, yet beautiful collage. Each of the photos build a part of the city—the streets, rivers, skyscrapers. So far, Nishino has captured the architecture, culture, energy, people, and day-to-day life of 20 cities.

From a distance, the steel gray abstract maps appear messy, whimsical, and almost illustrated. But, upon closer examination, intimate scenes unfold. You can gaze at individual photos of pedestrians crossing a street in Osaka, a bird soaring around the Oude Kerk bell tower in Amsterdam, a couple sitting on a doorstep in Havana.

“For me, assembling the images is the process of reconstructing my memory of the journey and seeing it from an overall view,” says Nishino. “In a sense, Diorama Map is like a tapestry which was weaved by thousands of threads of my months journeying through cities.”

When attending Osaka University of the Arts, Nishino would search for secluded, high places where he could observe the city and regain mental balance, he says. Gradually, he began to take photographs of his path, and make contact prints—a sheet of small-format film strips typically intended to review a series of images.

Nishino pasted the prints to postcards that, when assembled, revealed a map of his journey. He continued to piece together more areas of the city until he completed his first diorama map of Osaka.

For Nishino “the act of walking is very close to meditation.” For every diorama map, he’ll start by trekking around the city by foot. When he first began the series, he only took photographs from a birds-eye-view, climbing up monuments like the Hagia Sophia mosque in Istanbul, Turkey.

While he reveled in the breathtaking views from above, Nishino realized that the overlooked, ordinary scenes of everyday life of the locals were just as beautiful. In his recent maps, he experiments with more complex angles throughout a city, including photos taken from underground, a canoe sailing on a river, and between narrow streets.

“It gives more depth and reality, and captures the characteristic of the city,” he says.

After shooting, Nishino returns to his studio, develops the film, makes contact sheets in the darkroom on photographic paper, and then cuts out all the tiny contact sheet photos to make one large single shot. Each of the small photographs are placed onto a large white board in which he will sketch out a template of the map of the city—a tricky process since he uses almost all the photos he takes.

By the end of months of shooting, Nishino will have thousands of photos (his latest map of San Francisco contains about 2,000 photos). He divides all the photographs by area to make it clear where they were taken, he says. After creating the tiled collage, he reshoots the map with a digital camera and prints it on photographic paper.

The result is not your traditional map, but a look at a city from an individual’s view point. “Maps existed not only for showing us correct geographical information like Google maps, but they also existed for our personal memory and sense of time,” he says.

Even though the layered, collage effect blurs the urban environment, there are distinguishable features that make it easy to identify the city. For instance, you can make out the edges of the island of Manhattan and see the winding river Thames in London.

Since the maps are also devoid of color, the viewer is forced to recognize the objects within the maps, Nishino says. However, it doesn’t prevent the cities from emitting vibrancy. Nishino adds individual flare to each map: shades of color can be seen in the carnival scene in Bern, and you may be able to spot the portraits of his friends in the map of New Delhi. Nishino encourages people to use his maps to get lost in cities.

“Before [Diorama Maps], I used to see the city as a mass of solid architecture,” Nishino says. “Now, I see the city more as an organic lifeform that has personality. I realize that how I experience and walk in the city does change my attitude towards the city itself.”

Watch a time lapse of Nishino piece together his latest map of San Francisco:

You can see the intricate details of a selection of Diorama Maps up close in a new exhibit at the San Francisco Museum of Modern Art.

These hybrid productions are unique in mapmaking.
maps

An Online Collection of Maps Highlights the World’s Saddest Spots

The world's most mapped city, as you've never seen it before.
Video • AO Docs