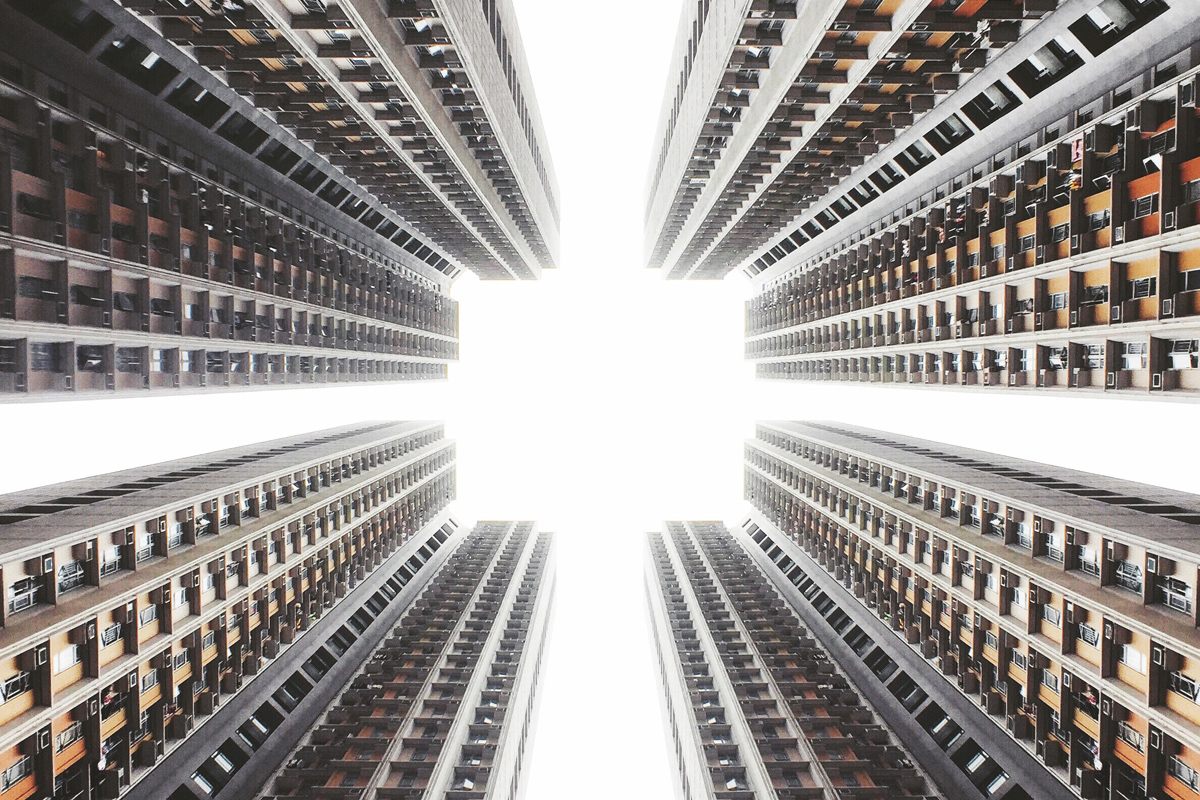 In a densely populated city of over seven million people, it can be hard to gain a sense of space and calm. Not so for Hong Kong photographer Kyle Yu, whose architectural images on Instagram provide an unusually tranquil take on this dynamic city.

Yu seeks out clean shapes and symmetry in his compositions, and unexpected angles. He shoots up towards residential towers, and down over street scenes, like a calm lens above the busy city.

“Hong Kong is quite lacking in space,” he says. “I guess I’m trying to represent that in my photos and at the same time create some space through my photos.”

Yu has some particularly intriguing photographs of Hong Kong’s crosswalks. He says he’s “kind of obsessed with zebra crossings simply because of the lines.” For him, moving elements like people and vehicles “add an extra layer of meaning.”

“The contrast of light also interests me,” he says. Atlas Obscura has a selection of Yu’s striking architectural images from his Instagram account, which you can check out here.

Clown Hysteria Has Spread to Australia

Photographer Sarang Naik is reintroducing his hometown to its rich biodiversity, from glowing corals to dazzling sea slugs.
architecture

His name was Barry Gfeller, and he left behind an astonishing 50,000 previously unseen images.
models

A new exhibition is full of diminutive versions of big buildings and even bigger ideas.
Video