Found: 15 Wallets From the 1940s, Stolen and Stashed Behind a Bathroom Wall - Atlas Obscura 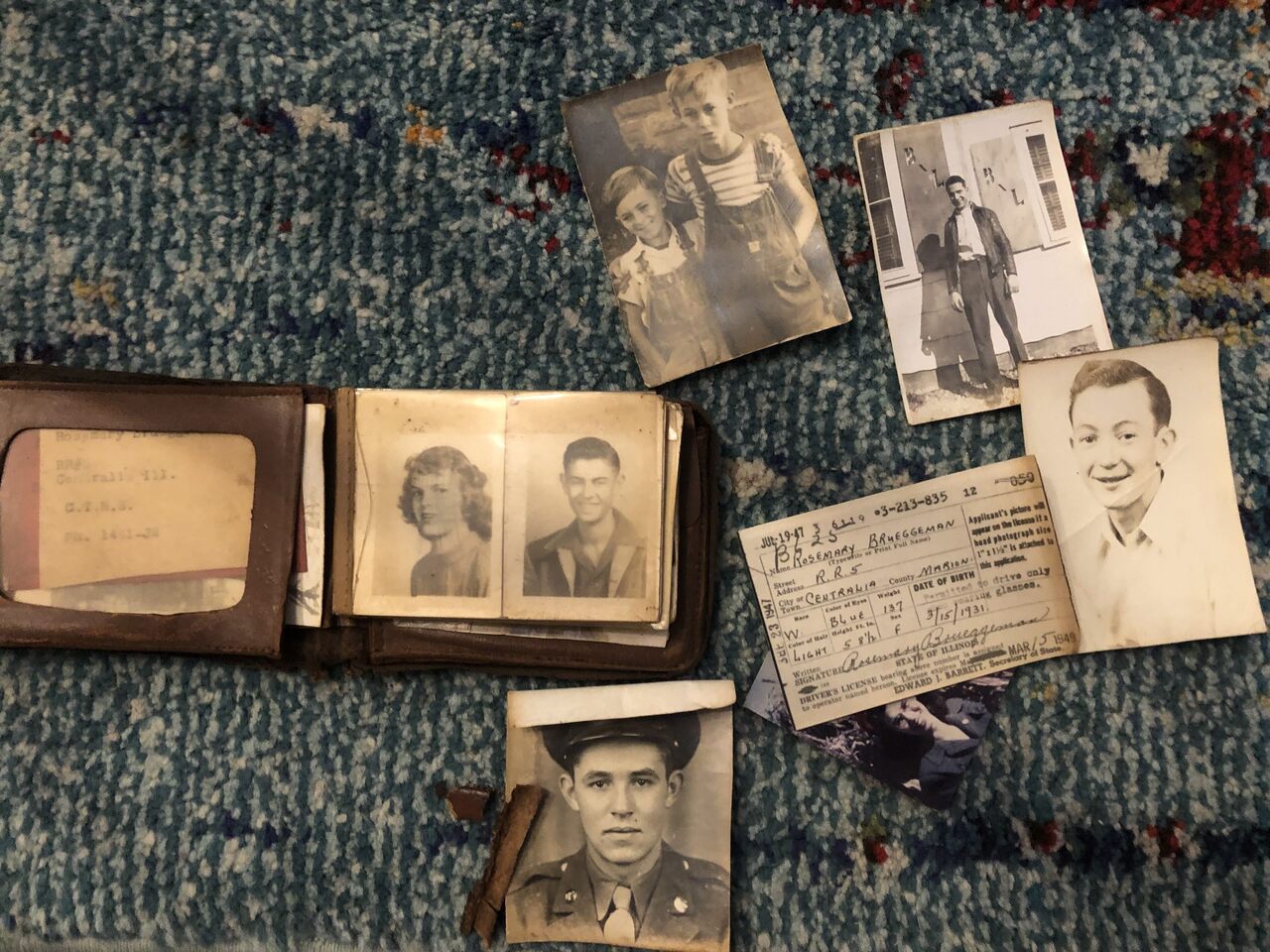 Some of the treasures found in the pilfered wallets. Courtesy Seth Baltzell
In This Story
Destination Guide

If the walls of the former Centralia High School in Illinois could talk, they’d probably tell us the story of a bizarre crime wave that swept the campus in the 1940s. How else could 15 wallets from that decade end up stashed in an air duct in what was the women’s restroom?

Three weeks ago, an unsuspecting plumber—working on converting the old school building into a new space for the City Hope Church—pulled the wallets out of the bathroom wall as he tore it down for remodeling. Seth Baltzell, City Hope’s pastor, says the plumber found him in another part of the building and approached him with a cardboard box containing the wallets. It “took me a second to figure out what in the world he was saying,” says Baltzell, who had been hoping that the demolition work might turn up some historical surprises like these.

It’s probably not possible to know what happened with total certainty, but the “best we could tell” is that a thief was trying to “ditch the evidence” of the crimes, says Baltzell. In the clearest sign of sticky fingers at work, none of the wallets contained any paper currency when they were found, though they still hold a trove of precious personal effects. Then there’s the apparent fastidiousness with which the wallets were hidden: behind brass sheets insulating the duct within the wall, according to Baltzell. Surely they were being secreted.

The pastor took to Facebook to wage a longshot campaign to return the wallets to their owners. His post—which featured a photo of the find along with eight names from the discovered student identification cards—has since picked up more than 3,000 shares, and has so far helped facilitate one reunion. Betty Sissom, 89, currently living more than an hour away from Centralia in Chesterfield, Missouri, is now back in possession of treasures once lost, such as her old social security card, a photo of herself with her childhood crush, and a picture of her brother, who had been fighting in World War II at the time and has since passed away. “I was just so glad to get that,” CNN quoted Sissom as saying, “because I don’t have a picture of him.”

Another wallet, says Baltzell, features a love note from a boy named Merle to a girl named Jane. Baltzell says he learned that the two ended up marrying (and that both have passed away). Elsewhere in the building, the construction work has uncovered old posters for the school’s athletic events, along with several students’ jerseys and some flirtatious notes presumably passed in class. Baltzell, 38, says he even found his friend’s student card from freshman year inside a locker.

The finds are amazing, even if it’s sad that they were a product of many apparent acts of theft—but hey, it could have been worse. The walls of the building could have been stuffed with secret teeth.

Have You Seen Britain's Tiny Potential Tree-Killer, the Adorable Spittlebug?

Scientific evidence suggests that her bones had been hidden behind a church wall for a millennium.
architecture

It wasn't meant to survive nearly that long.
museums

The Medieval Toilet Seat That Let You Poop With Friends

This latrine had room for three.
military history

Found: A Slew of Cannonballs Below a Stockholm Street

The Red Lion is considered to be the oldest Elizabethan playhouse—and it may have recently seen the light of day.
Read more
Thanks for sharing!