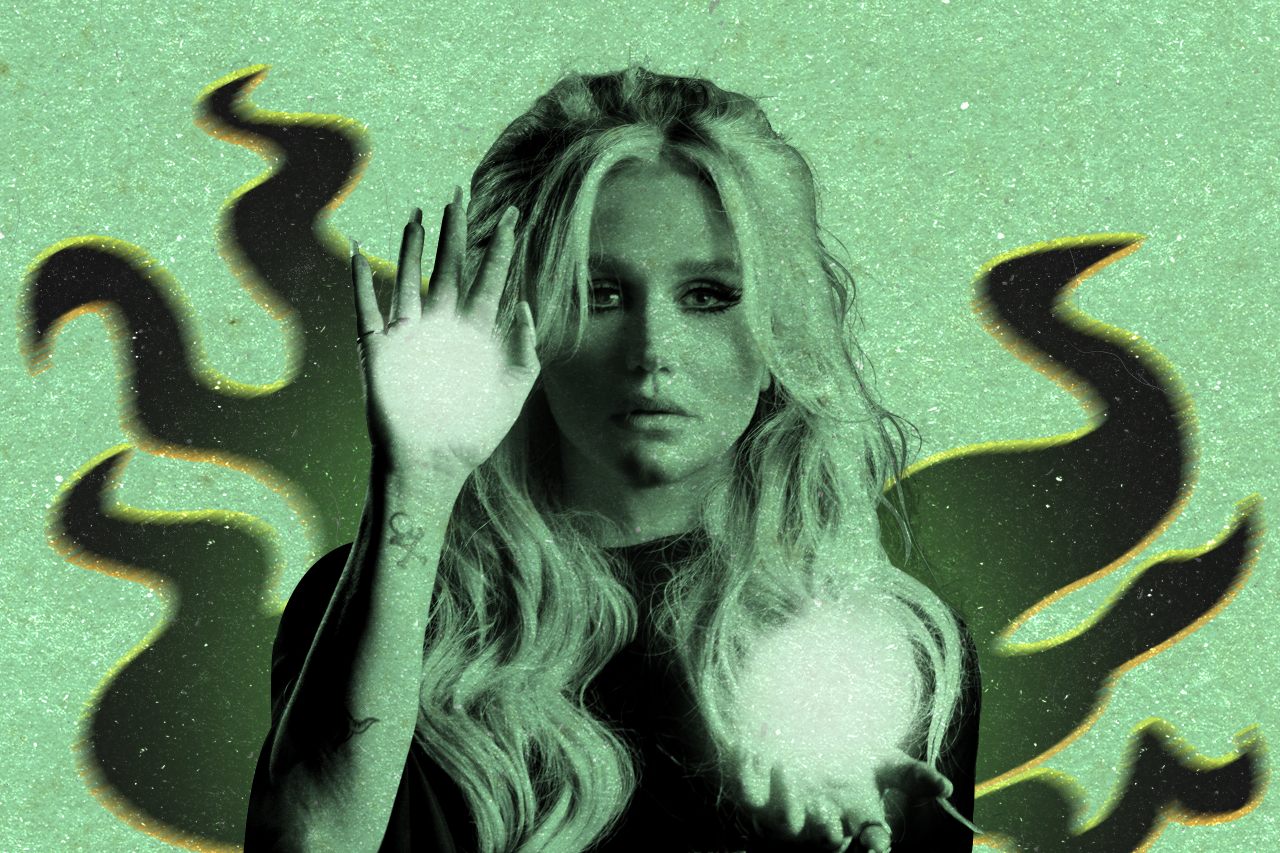 Secret Obsessions is Atlas Obscura’s new column where we ask wondrous people to take us down a rabbit hole. This edition features Grammy-nominated singer/songwriter Kesha, as told to Associate Editor Sarah Durn.

I was really young, under six, when I saw my first ghost.

We moved around a lot growing up, but it happened while we were living in Nashville. I remember being in the living room of my house and seeing this orb of light come in through the window. It kind of hovered there. And I immediately understood that it was my grandmother.

She, unfortunately, had passed away when I was really young, but we were really close in spirit. She was super funny. She loved to go outside and was always encouraging us to plant a garden and save animals. She kind of taught me how to be a woman, with her lipstick, high heels, and grace. I always thought she was such a beautiful, kind, gentle soul.

So the second I saw this orb coming in through the window, I just knew it was her. And I was so young that I wasn’t at the point of questioning the experience. I don’t even remember if I told anyone; it felt like a moment that was specifically for me. There weren’t loud noises and screaming. It was a very peaceful, beautiful experience.

As I got older, I had a lot of what I thought were just weird experiences. I didn’t necessarily think they were paranormal, at least not until later. In high school, my best friend Sam and I would walk to the cemetery at night with our Ouija board. And while all the other people were going to parties and trying to get laid, we would be in the cemetery trying to talk to the ghosts.

A few years later, when I was 19, I had another encounter. This time, though, it wasn’t with grandma. My ex-boyfriend and I were driving through Fort Worth, Texas, and needed a place to crash. So we checked into a hotel, Miss Molly’s. And that night, around 3 or 4 a.m., I felt this really gentle, soft touch on the side of my body. And I woke up and looked at the end of the bed, and there was a woman there.

She wasn’t threatening or violent or really all that scary. She was just there visiting me that night for whatever reason. And I didn’t feel terrified or anything. Have you ever seen a dog look in the mirror and they kind of cock their head to the side because they don’t understand the reflection they’re seeing? It felt more like that, where you’re seeing something new that you don’t totally understand, but it’s not bad. I began to realize how much in this universe we can’t explain.

Years later, I went back to the hotel and learned it had once been a brothel. The owners confirmed that they have sightings of young girls’ spirits. It seems some of the sex workers never left.

As I’ve gotten older, I’ve become more and more of a paranormal enthusiast. Whether I’m on tour or traveling, I always try to stay somewhere that is supposed to be paranormally active. I’ll be driving through Yellowstone on tour with my band and my dancers, and I’ll be like, “Okay, guys, we’re going to camp on this land that supposedly has a lot of spirits, and people have seen lights in the sky. So, anybody who wants to join me, we’re going camping.” We bump into the woods and meditate and just pray for some sort of experience, because whenever I have those experiences, it makes me feel so excited about being alive.

But part of me always wonders—is this real? That’s what led me to make Conjuring Kesha. I don’t want to wonder if this is real or not anymore. I want to really set myself up with top-notch equipment, with experts that do this, and see if I can answer some of these existential questions. Is there something really out there?

Every single episode has a moment that was really groundbreaking spiritually for me, but what went down in episode six, “Descent Into Madness,” still gives me chills. Hip-hop artist Big Freedia and I went to Trans-Allegheny Lunatic Asylum. It was the last episode of the season. We’re in the attic of the former medical center, where lobotomies, electroshock therapy, and sterilizations were performed against people’s wills. Witnesses have reported seeing a slithering entity with tentacle-like shadows and snake-like hissing sounds.

“I have chills all over,” I tell Freedia when we step inside the dark attic.

I’m carrying a camera that uses infrared light, and in front of my eyes is my cameraman, Jake, who’s worked on every episode of Conjuring Kesha. He’s been working in the paranormal for a long time, but he doesn’t really believe. So he’d go up and set up cameras in the middle of the night at all these haunted places, and he didn’t flinch at any of that. But tonight is the last night of filming and I’m kind of just looking around. It’s a little bit of a waiting game.

Then, all of a sudden on the camera, this slithering entity comes in, up Jake’s body, and up through the roof. It comes and goes within three seconds or less. And right at that exact moment, Jake throws the camera off and starts screaming, “There are bugs in my shirt. Something just bit me.”

He’s wearing three layers of clothes, but when he lifts up the back of his shirt and there are three scratch marks down his spine. And the whole time Jake’s rolling his eyes at the experience being like, “I can’t believe this is happening in real-time. I don’t believe in this. What the fuck?”

Chip Coffey, the psychic we were with, put holy water on the scratch marks and they went away. Later, I found out demonic forces use three scratch marks as a mockery of the Holy Trinity. And this all happened within 15 seconds and it completely changed my life.

That experience made me realize that the energy we put out into this universe, living or dead, echoes. And it really made me look at myself. I want to ensure that any energy that I put out is positive and loving and kind and accepting. It really just has made me want to leave a really peaceful, beautiful, honest legacy—more so than ever before.

Kesha is the Grammy-nominated singer-songwriter of “Praying” and “Tik Tok.” She is the host and executive producer of the new discovery+ and Travel Channel show Conjuring Kesha.

In 2022, Celebrities Spilled Their Secret Obsessions to Us

From ghost hunting to masala chai, singers, authors, and other influencers revealed their unexpected interests.
lighthouses

There are jump scares, tragic tales, and even real estate angst.
Video