After Almost Being Knocked Down, A Whimsical Tower is Being Helped to its 50th Birthday - Atlas Obscura
Want to see fewer ads? Become a Member.
In This Story
Place

A whimsical tower with a spiral staircase, inspired by the Space Age and the Möbius strip. 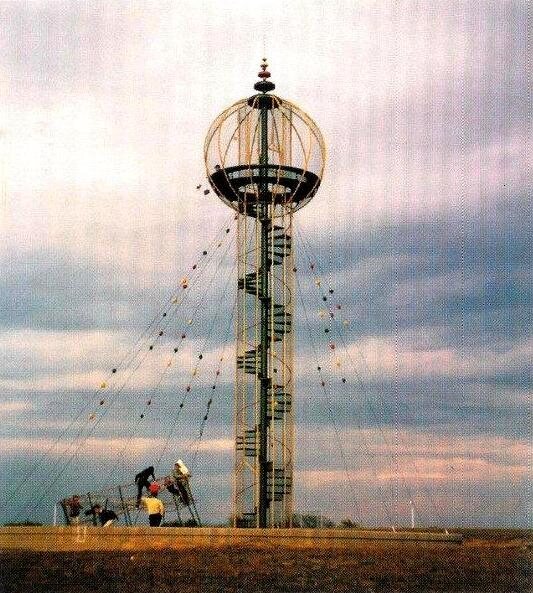 Construction of the Playtower in 1963. (via Restore the Sooner Park Playtower)

A whimsical tower in Oklahoma is reaching its 50th anniversary this year, but years of neglect and recent vandalism aren’t promising a bright future for the spritely structure.

Known as the Playtower, the 50-foot-tall steel tower built in 1963 was designed by mid-century architect Bruce Goff, a man of exceptionally eclectic designs that mixed the space age with the craft movement. Like much of his architecture, the mathematics-inspired Playtower has a retro-future look with its spiral staircase up to a sphere with circular seating for observing the surrounding Sooner Park in Bartlesville. It was commissioned by Mary Lou Price, whose family also commissioned Frank Lloyd Wright to build the Price Tower mini-skyscraper in town, and was meant to be a gift to the local children as part of the new park. When the Playtower was completed, it included a sand pit with a Mobius strip play structure, where kids could climb 360 degrees without boundaries, and the whole steel tower was hued in primary colors of green, yellow, and red. 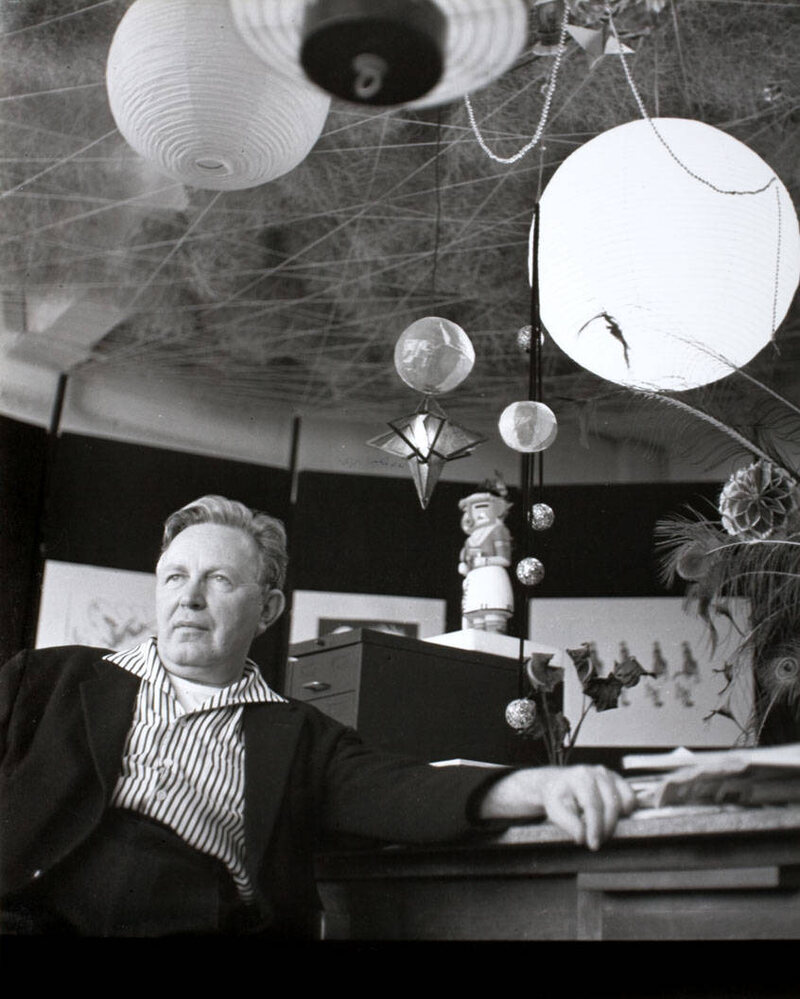 Bruce Goff in his office (via the Art Institute of Chicago)

Many of Goff’s spirited designs have already disappeared, including Shin’enKan, the elaborate home of Joe Price that included secret passageways and had a striking angular shape, which was lost to an unsolved arson in 1996, and the Bavinger House in Norman, a suspension-based home celebrated by LIFE magazine that had an organic feel, and was torn down in bizarre circumstances in 2011. In 2009, someone stole a construction site backhoe and rammed the Playtower. Luckily they didn’t sever all 12 of its supporting cables, but it was left in even worse state. Already in the 1990s the observation sphere had closed, and the Mobius strip play feature was gone. 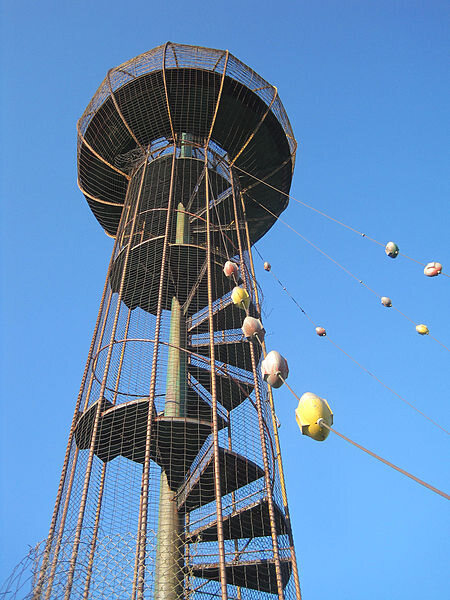 However, there is hope for the charming Playtower. Through the City of Bartlesville and Phillips 66, $143,700 has been raised for its restoration, but they’re still short $28,000. Now a fundraising campaign is underway to bring the Playtower not just to its 50th birthday, but to open its observation deck and return its Mobius strip playground so that the next generations of local kids can again enjoy the whimsical wonder.