A nuclear bunker built to shelter the politicians and important people of Scotland in case of nuclear attack. 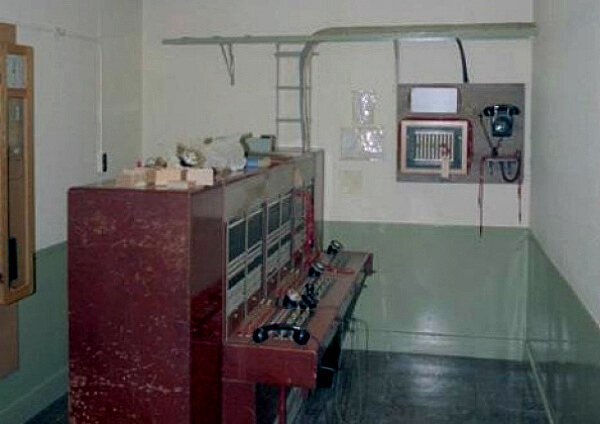 One man in Scotland is apparently building an underground bunker tourism empire. James Mitchell, who runs “Scotland’s Secret Bunker,” is planning to open another Cold War relic as a museum, according to the Scotsman. This one in Edinburgh, known as the Barnton Quarry Nuclear Bunker, was constructed in 1952 as a safe place to maintain power for the British government, with three stories of rooms to house the royal family, military and government officials, and even staff from the BBC.

Barnton Quarry hasn’t been used since 1914, and before the bunker was built 100 feet below the earth there was an RAF fighter control center built on the land during WWII (it’s still there, covered in graffiti). The bunker was completely a secret until 1963, when a group called Spies for Peace released the information to the public.

While it’s long been popular for urban exploration (check out Secret Scotland for some great information), fires in 1991 and 1993 blamed on illegal raves caused it to be filled with asbestos. When the museum will open and how Mitchell will clean up the site remains to be announced, but for now you can glimpse the interior through the amazing photos of people who risked their health to plunge into the depths of the nuclear bunker fit for a Queen (warning, this video from an urban explorer has some kind of intense music):

Image via the Scotsman.

We Want YOU for an Obscura Society Field Agent