An unusual number plate signifies the building's saucy past.
Place

Where the high court feasted, frolicked, and high courtesans put their royal lovers' diamonds to the test.
Place

A grotto-like lodge decorated with gilded mosaics, rocks and a noisy waterfall was the setting for the most sumptuous pleasure house of 1900s Europe. 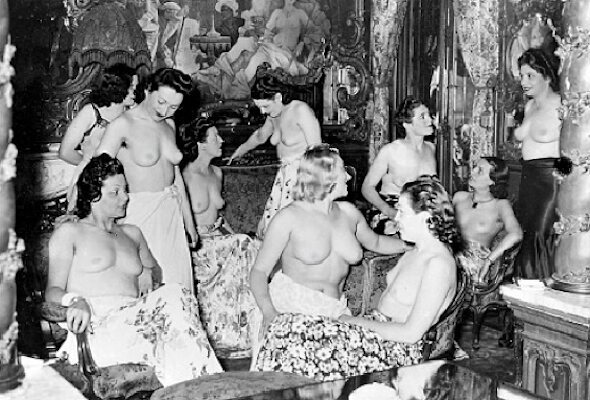 “The Japanese Girls”, “the Sphinx”, “The Oriental Palace”… these are the names of eloquent Parisian mansions.

But these extravagant houses were more than lavishly decorated home. As poetic as the name appear, these were bordellos, house of pleasure, brothels and legal institutions of debauchery. These are the names of some of Paris’s greatest brothels during some of its most hedonistic moments.

Charged with sensual mystery, the names automatically push into one’s mind lavish reveries and an open invitation to the sensual and the exotic. Names that lead to an almost synesthetic process where the use of words arouse both senses and imagination, metamorphosing in your head into sensations, spicy odors, shades and textures.

Of course, the choice of name was a pure commercial strategy, made to distinguish their identity from more than 145 other establishments that once flourished in Paris during the Third Republic, heydays of courtesans, monetized paramours and tight corsetry. 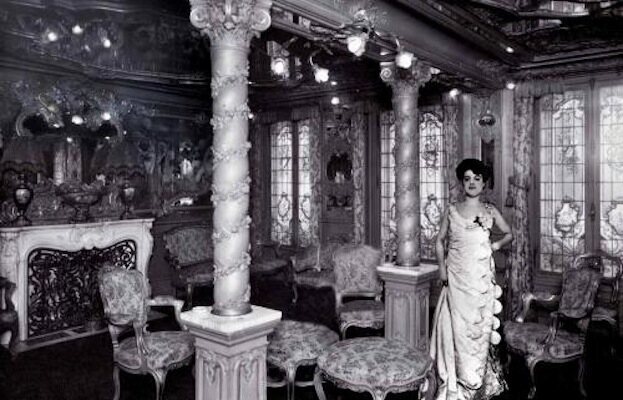 Referred to as “the world’s oldest profession”, prostitution was considered morally reprehensible throughout the Middle Ages. Totally prohibited in France for centuries, it was under the reign of Louis XI, around the 1470’s that prostitution gained a slightly more tolerated status. Nonetheless the king’s decree pushed the girls to the border of the cities to protect pious wives and their innocent offspring from thier “moral contaminations”.

It wasn’t until the 19th century that a more permissive attitude began to take hold toward the profession. Napoleon, convinced that harlotry was a social necessity, started a number of reforms which would lead to the modern day “Maison de Tolerance”, or houses of tolerance. Of course, prostitution was often a symptom of high men’s double moral standard concerning sexuality, with marital life and human desires sometimes being incompatible.

The thought was also that creating such “Maison de Tolerance” would lead to streets empty of prostitutes and give back a semblance of decency to the urban space. Located inside the city, usually away from temples and schools, the buildings could then fade into the landscape, only giving to the connoisseur a couple of visual clues to acknowledge their presence. (Larger than normal number plates were one such subtle clue as seen at 36 rue de Saint Sulpice.) However the unspoken main goal of these legislations was to prevent men from the libertines’ worst enemy :syphilis. The black queen of venereal disease, its army of sores and open wounds swept away Casanova, Baudelaire, Flaubert and much the upper crust of European dependance.

Morality aside, sanitary issues were the true threat for society, and going to a brothel was playing russian roulette. An evening of pleasure could become a morbid experience if you contracted Syphilis. To counter this, weekly medical control assured a hygienic minimum while Police agents would randomly show up, sometimes twice a week to check the health reports and re-examine the residents. The women who contracted such diseases were ostracized as rotten fruits in Saint Lazare Hospital, where they received little no visits except by death itself. 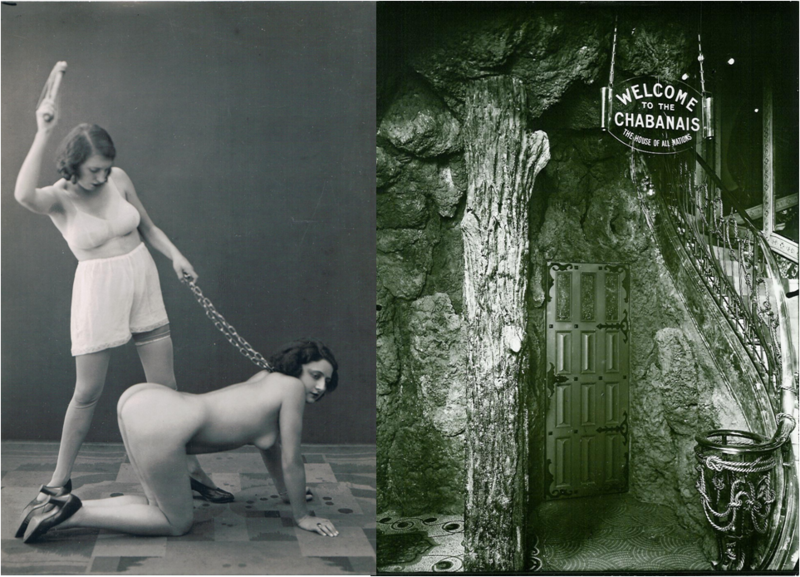 During the second part of the 19th century, the status of Maison Closes changed once again. Still publicly taboo, brothels became a social institution, a gentlemen secret society as Maupassant describe it in his short Story La Maison Tellier

“They went there every evening about eleven o’clock, just as they would go to the club. Six or eight of them; always the same set, not fast men, but respectable tradesmen, and young men in government or some other employ, and they would drink their Chartreuse, and laugh with the girls, or else talk seriously with Madame Tellier, whom everybody respected, and then they would go home at twelve o’clock! The younger men would sometimes stay later.”

As a matter of fact, it became very common for a young man to be led into a bordello by his father or an older brother to be sexually initiated by a professional. Men were also doing business, creating partnerships and commercial alliances in the secrecy of the bordellos first floor salon. Some high range bordellos became renown for the hip and influential crowd as much as for there the beauty of their girls or the taste of their wine. For a time these bordellos became as socially important as free-mason lodges and mens clubs.

The Third Republic, starting in 1870, is considered the Golden Era of the “demimondaines” and Paris was considered the most “sensualist friendly” town in Europe, an elegant Babylon where pleasure was a way of life simply intertwined with the cities burgeoning industrial and artistic modernity. In few decades, the french capital became the focal point for a generation of young men who came from all Europe to bite in the forbidden fruit. Licentious tourism became a flourishing business, and the bordellos number, quality and originality grew quickly. To find your way, you could buy illicitly the famous Guide Rose, a sort of yellow book of lust published every year, referencing all the brothels, their specialities, prices sometimes even their star courtesans. 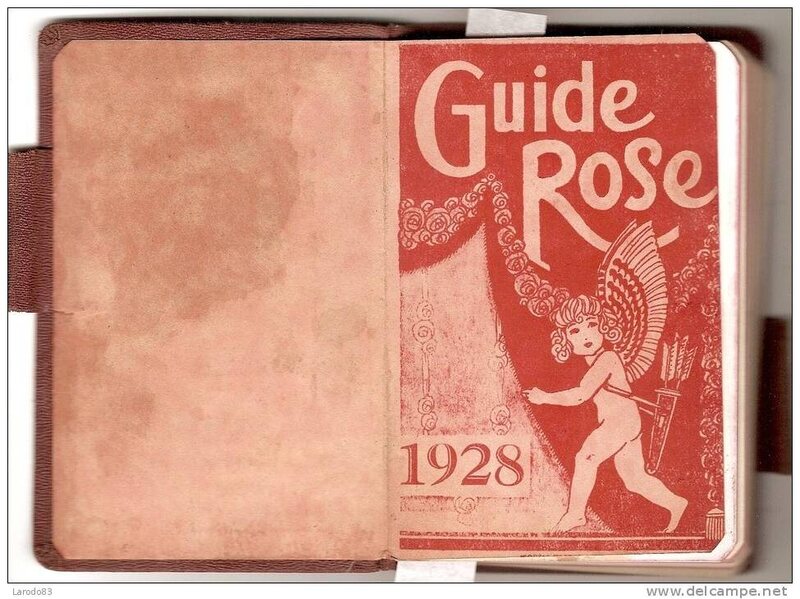 Le Chabanais is the best exemple of this concept of inverted architecture and for many reasons the most legendary one. Internationally renown for its sophisticated settings, its extreme luxury actually fulfilling what would become the quintessential cliche of the parisian bordello. Edward the VII, future king of England, was a regular guest at the end of the century, had sex furniture installed including his infamous and somewhat confusing sex chair…

The One-Two-Two (named for its 122 address) was probably the most psychedelic of all the bordellos, offered a journey through time and space in its twenty two themed rooms, which included a pirate themed room, an african chamber, and the igloo chamber.... The One Two Two also featured a restaurant, Le Boeuf a la Ficelle, a prestigious address where Marlene Dietrich and Cary Grant were frequent flyers served by waitresses clad only in high heels and aprons. 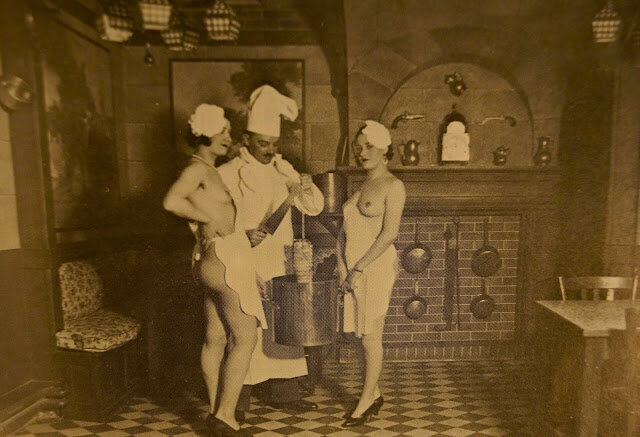 Le boeuf a la ficelle -  Kitchen of the One-Two-Two

Paris also counted a couple of SM dungeons like Chez Christiane, where a neo-gothic facade evoked endless nights of inquisition reenactments. 31 Cite d’Antin meanwhile was the Temple of Peeping Toms, and served as writer Louis Ferdinand Celine’s favorite address for his voyeuristic endeavors.

French artists had no guilt about being Bordello enthusiasts and Henri de Toulouse Lautrec was  king of them all, installing his atelier in the 6 rue des Moulins, La Fleur Blanche’s Brothel, where he was renamed “The Coffee Pot” by the girls due to his small size and his supernatural priapic vigor. Below is Henri de Toulouse Lautrec posing with a prostitute in front of Le Salon de La Rue des Moulins 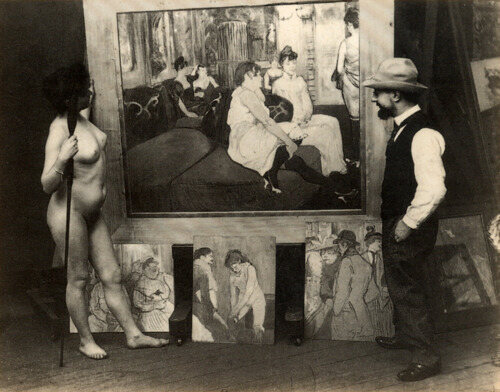 To avoid pimps, the “Maisons de Tolerence” were ruled by a “female only” hierarchy of authority, toped by the Madame or Dame de Maison, a former prostitute herself, and a couple of assistants who were strictly there to guard the girls. Of course the life for the girls was harsh, and  the best way to keep an eye on the prostitutes was to confine them to the house and not permit them to leave.

The Madame would often not allow any outdoor trips. Even to cross the street to buy toothpaste in the neighborhood pharmacy was impossible and unless a client needed your services for an afternoon tour in the Tuileries Gardens or in one of the discreet salon of Laperouse Restaurant, you had little chance to see the sun.

The fine white skin of the girls was indeed the result of custodial-like night life more than any powder make-up. In addition, women usually had to pay back an unlimited amount of money to their procuress for outfits, hygiene goods and daily expenses, even in luxury brothels.

Unless a wealthy gentlemen would buy their freedom back , prostitutes were often trapped in a vicious circle of dept, sometimes condemned to sell themselft in shabby establishments, once their beauty faded. Called “Maison d’abbatages” (literally “slaughterhouses”) they would meet more than a hundred customers a day in such places.

Like many things in Europe it was the second world war period that brought the end of the brothels golden era, notably during the German Occupation , when the most splendid ‘Maisons Closes’ became Nazi officers favorite establishments. Closing their eyes on the national and political views of their guests to make the business run comfortably, establishments like Le Chabanais and Le One Two Two would later be accused of collaboration. After the war as political punishment some of the prostitutes had head shaved and were publicly shamed. On the 13 April 1946, under a new decree by Marthe Richard, all the house of pleasure were forced closed their doors for good. 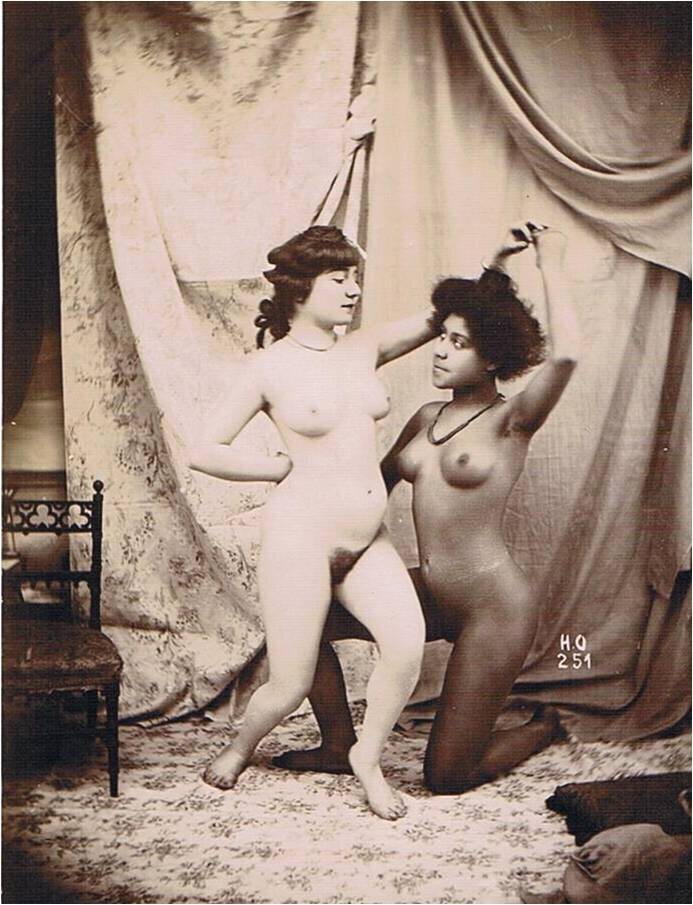 Today, few relics are left for this sweet and sour age of Paris demimonde. End of the century novels such as Nana by Emile Zola, would serve as an inspiration Baz Lurhmann ‘s Moulin Rouge.

For those of you who need, or simply want, further visual proof of this grandious time in Parisian history, a visit to Au Bonheur Du Jour Gallery is in order. Here Nicole Canet, the “archeologist of erotica ” displays and sells photographs, self publishes books, and displays true historical artifacts: the outfits and fetish whips used so effectively by the women of the “Maisons de Tolerence.”

At last, for the most intrepid among you who need a real time travel experience, spend a night in Rotary Hotel’s Chinese Room, an actual ancient bordello offering a couple of themed rooms. The Sichuan four posted bed is said to be a gift from a rich lover to one of the courtesans …

Objects of Intrigue: Diary of a Body Snatcher