Biologists in Panama Eavesdrop on Manatees for Their Own Good - Atlas Obscura
Want to see fewer ads? Become a Member. 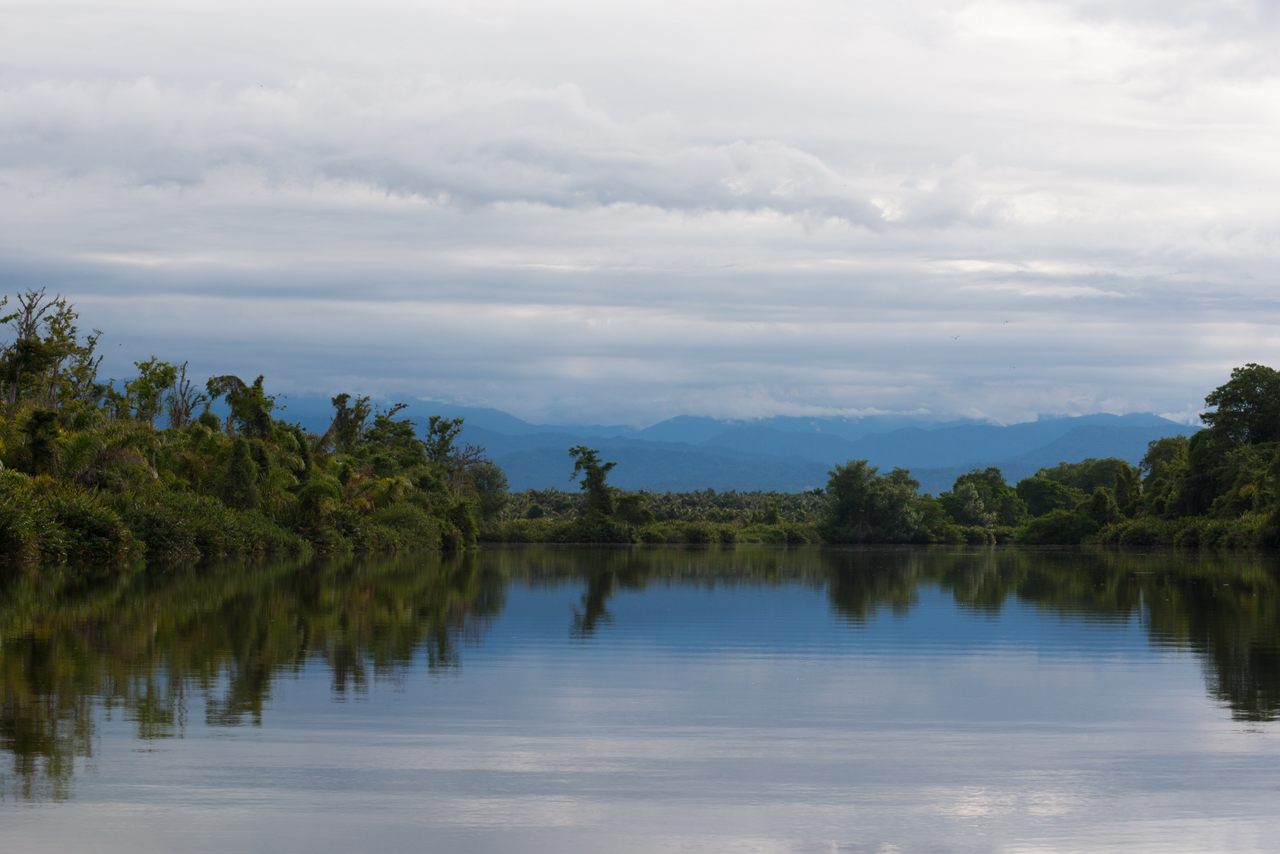 In the waterways of western Florida, manatees are incredibly easy to count. They waddle their way down the aptly-named Crystal River, easily spotted from above in waters never cloudier than quartz. For Florida biologists, monitoring manatee populations is as simple as photographing the mammals by helicopter or drone. “It’s a piece of cake,” says marine ecologist Héctor Guzmán, with a twinge of jealousy in his voice.

Panama, where Guzmán works, is a different story. He monitors manatees in what could be considered, ecologically speaking, the opposite of the Crystal River. In the Bocas del Toro region of Panama, Antillean manatees swim in turbid, weedy waters so murky that one can barely see them, let alone count them. So to count Bocas del Toro’s manatee population, which has been decreasing for a decade, Guzmán and other researchers at the Smithsonian Tropical Research Institute had to get creative. Instead of looking for the manatees, they’re listening to them, according to a study in The Journal of the Acoustical Society of America published in September, 2019.

Like bats and whales, manatees are very chatty. They communicate underwater to find mates, warn each other of imminent danger, or call to their offspring. They speak in a language of whistles, squeaks, and chirps that are tonally distinct for each individual. “That’s the cute part of it,” Guzmán says, shortly after demonstrating, in his own voice, what an adult manatee sounds like over the phone. “Ah-ah-ah-ah,” he repeats. “They’re just like us, how we have different tones in our voices.”

The researchers listened to all the audible manatees in two rivers in the Bocas del Toro region, the San San and the Changuinola, and then ran the recordings through an algorithm that isolated distinct manatee voices. This method is similar to a traditional capture-recapture population survey—but instead of capturing the actual animal, or even its picture, scientists are simply recording its voice. The process is far less invasive than cages, nets, or physical tags.

The researchers deployed four listening stations, consisting of hydrophones (underwater microphones) attached to PVC piping, to the bottom of rivers where manatees live. They recorded the sounds of the river every 10 or 15 minutes, listening for two minutes at a time, Guzmán says. While both rivers serve as major breeding grounds for the manatees, the San San contains far fewer aquatic plants, making it easier to navigate. The Changuinola, on the other hand, is densely covered in 12 to 15 species of aquatic plants, including weeds and lilies. “It’s beautiful, but also like a carpet,” Guzmán says.

This is not the first time that scientists have attempted to count manatees by their vocalizations, but it is the most ambitious. In 2017, Jorge Castro, a former student of Guzmán, conducted a much smaller manatee count in the San San River, examining more than 300 recorded tonal vocalizations. Fernando Merchán, a signal-processing specialist from Universidad Tecnológica de Panamá, even attempted to use Castro’s algorithms in this newer study. That didn’t quite work, so Merchán developed a new algorithm, Guzmán says.

Merchán’s algorithm took four months to analyze 300,000 two-minute audio clips of the rivers, which frequently picked up more buzzing boat engines and croaking frogs than manatee chatter. “It’s like being in the room with several people, but picking out just one voice,” Merchán says. The program suppressed background noise, isolated individual vocalizations, and then determined whether the squeaks and clicks had come from an identified or new manatee. Merchán ran images of vocalizations through a program often used for face recognition, which grouped vocalizations that seemed to come from a single manatee. The final population estimate was 33 to 34 manatees in the San San and 45 to 48 manatees in the Changuinola.

The researchers hope to refine their methods to be able to detect a manatee’s age, sex, and weight using only their voice. The more information the researchers compile, the better they can advocate for manatee protection, Guzmán says. He says that existing protections, which cover parts of the Bocas del Toro wetlands, practically exist only on paper. “Nobody cares what’s going on here, and that’s why we’re trying to call attention to the manatees,” he says. “Calves keep dying each year.”

The San San and Changuinola run alongside Panama’s sprawling, century-old banana plantations. In fact, many of the channels where manatees swim were originally built for agriculture. “Every toxic thing they use for the plantation goes into the water,” Guzmán says. “It’s perhaps the most polluted water in Panama.” When the researchers first started monitoring the manatees, they would dive down to anchor the listening stations, but soon realized they felt sick after leaving the water, even after wearing full-face masks.

While the researchers have little power over what chemicals are used on the banana plantations, they hope to save manatee lives through alternate methods, such as developing a real-time detection and alert system that would notify passing boats to slow down when there’s a manatee nearby. “We want people to know there are manatees in Panama,” Guzmán says, adding that some the Panamanian engineering students who developed the algorithm didn’t know what a manatee was before the project. “We’re crying out to protect them, and their habitat.”

The Gobi Desert Is a Red Sea of Chili Peppers

Sharks, beavers, and humans are all returning to London's iconic waterway thanks to decades of restoration work.
extinct animals

Scientists and schoolchildren worked together to bring the tequila fish back from extinction.
national parks

How Ukraine’s Environmentalists Are Helping the War Effort

Scientists and citizens unite in a 'vast network of resistance.'
objects of intrigue

Up to 1,200 years old, the stately 'Seven Sisters' Oak has held the title for more than half a century.
Video • Object of Intrigue