A museum of carnival attractions where you are invited to ride the rides. 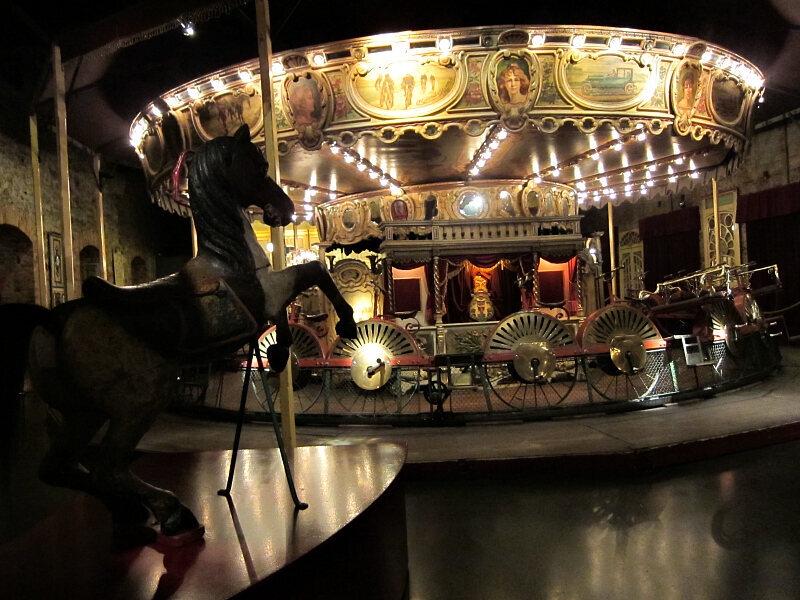 What could be better as a temporary time travel experience than going for a surprisingly swift ride on a 19th century carousel of bicycles? This “manège vélocipédique” from 1897 is just one of the many carnival arts pieces housed at the Musée des Arts Forains, where the antique amusements are not just seen, but experienced.

The museum at the Pavillons de Bercy was one of the most remarkable places I visited in my recent trip to Paris, as it managed to not just present the amazing private collection of handmade amusements and fairground attractions from the 1850s to 1950s, but to preserve something of the wonder they must have given their first riders. All visits to the museum are by appointment only, and while waiting outside the entrance, a man in a striped, railroad conductor-like suit strode up and let us inside the gate and into a dark warehouse where some distant music hummed, and a hot air balloon suspended an elephant with a paper flame burning on its back in the center of a room haunted with leaping pink rabbits, a grotto of unicorns, a giant palm reader’s hand, and rows of carnival games. 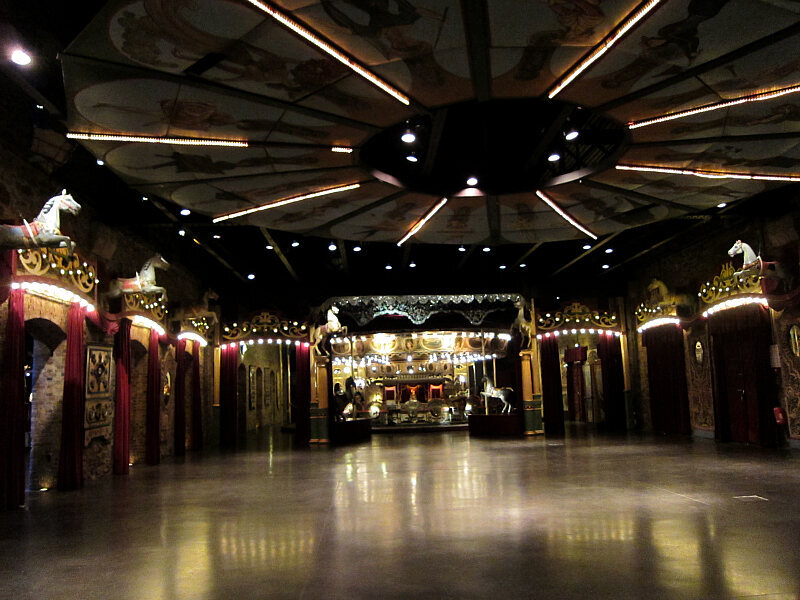 Although it is housed in three warehouses, these are not ordinary industrial spaces. They were designed as elaborate wine warehouses centered around alleys of cobblestones, and each interior room has some different theme, whether it’s “Les Salons Vénitiens” (“The Venetian Salons”) or “Le Théâtre du Merveilleux” (“The Theatre of Marvels”). Really, every room is stunning, although my favorite was definitely the one where a unicorn-headed figure posed expectantly by a piano, while around it on the walls were mannequins of famous French people like Victor Hugo, Marie Curie, and Jules Vernes, all dressed in sparkly costumes. 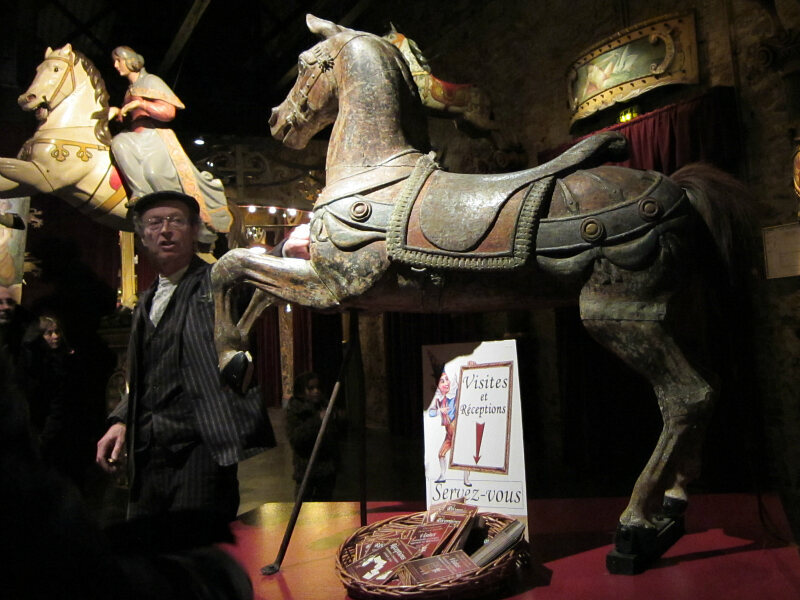 A word of warning for any anglophones who might go: the tour was all in French. Yet even if you couldn’t understand the tour (and my French, although decent from living abroad, still doesn’t quiet have the vocabulary necessary for discussing the history of carousel horses), the magic of the place would come through. Of course, this was helped quite a bit by our tour guide, the man in the striped suit who met us at the entrance, who was something of a conjurer, even performing magic tricks at one point in the tour. He later enthusiastically turned on an old screeching “orgue de Barbarie” (a barrel organ) in one room that pounded out some off-key circus music played off an old cylinder. He also helpfully differentiated between an English and French carousel horse, as their heads are always meant to point to the outside and will be tilted based on their clockwise or counterclockwise rotations.

Yet best of all was being invited onto the old carousel where the wooden horses soared up and down, or asked to sit down and play a skee-ball race game where you competed to get your French waiter, balancing a tray of Ricard or tiny coffees no doubt, to the finish line first. 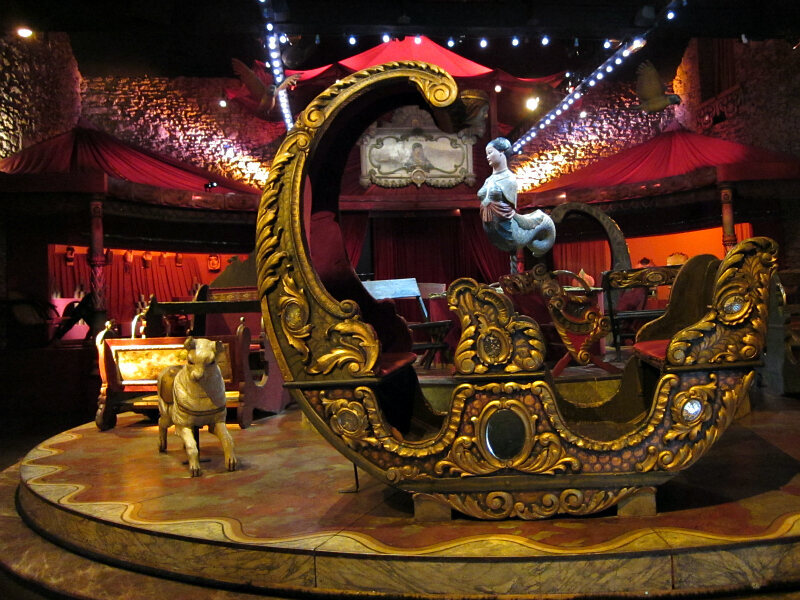 Below are more photos from my visit, although the beauty and charm of the place is really something that you must experience in person. It’s the closest you can get to the old sense of fantastic mystery that 19th century visitors must have felt when entering the realm of the glimmering carnival with all its mechanical and artistic wonders. 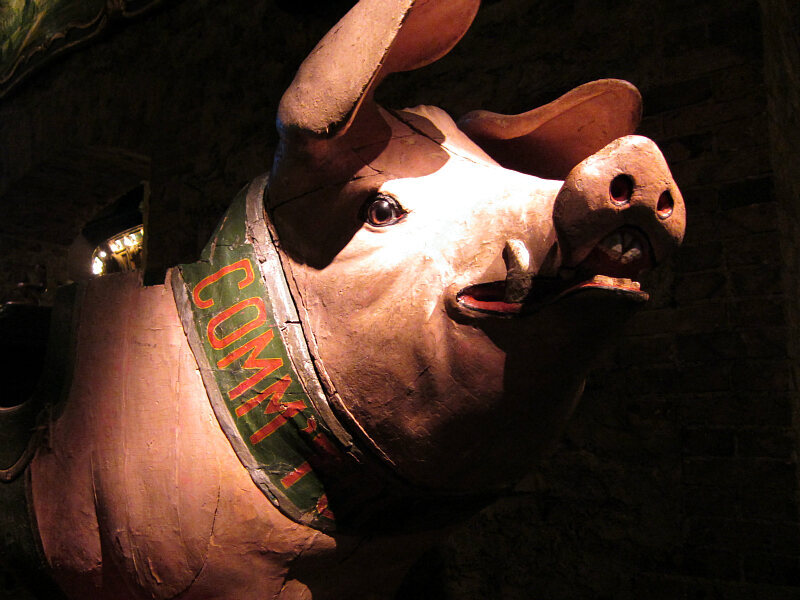 This pig had a ribbon around its neck that says “Comm’Toi”: “Like You.” 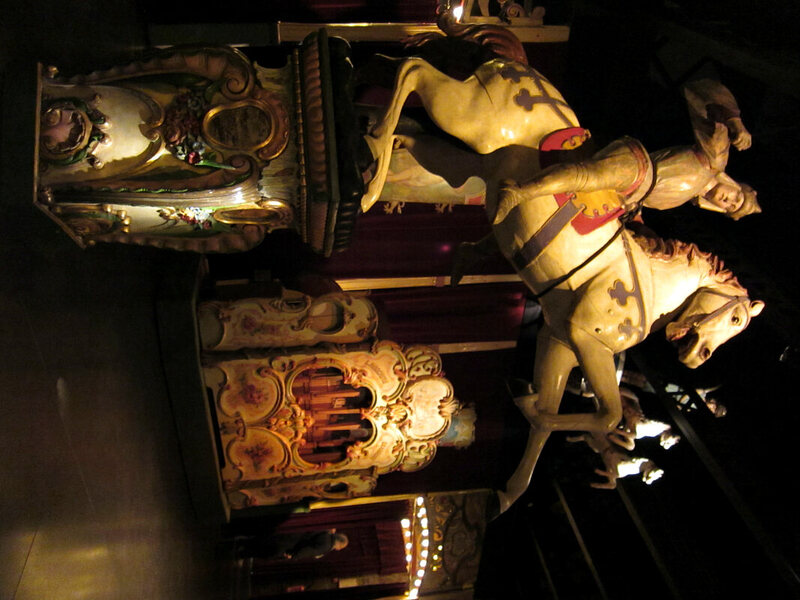 Knight on a horse, and a barrel organ. 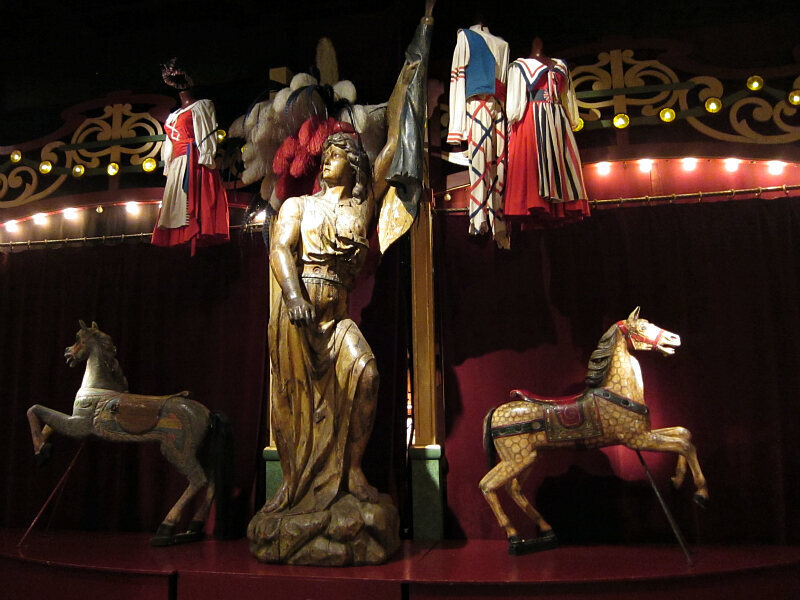 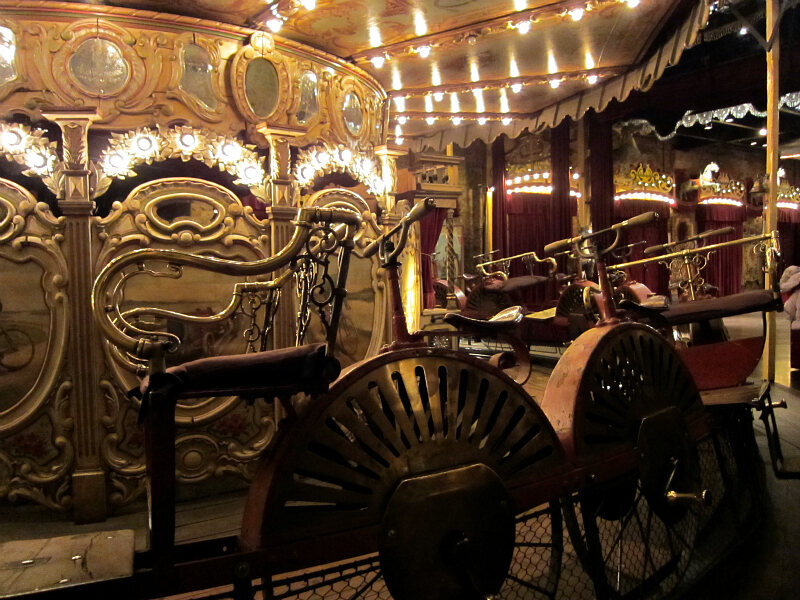 The 19th century bicycle carousel, made at a time when many couldn’t afford bicycles of their own. 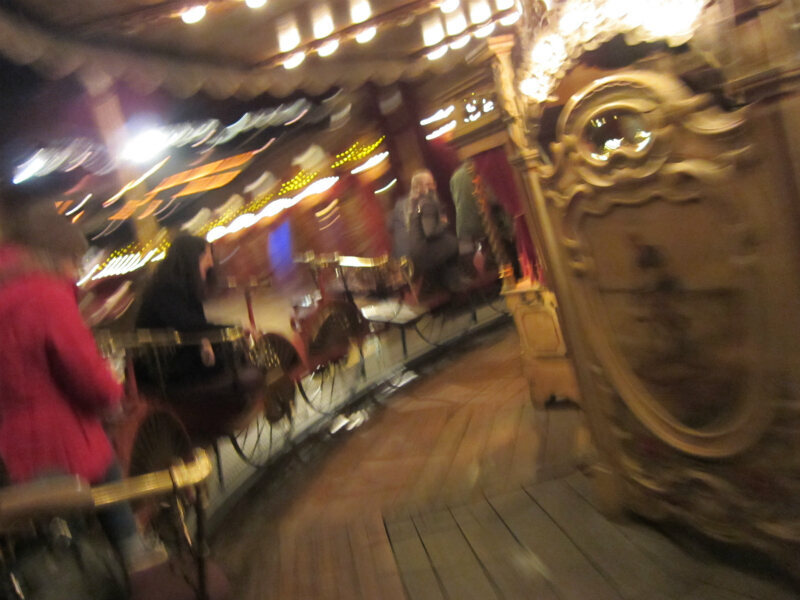 People in our tour group were very enthusiastic pedallers, so the bicycle carousel went at breakneck speed. 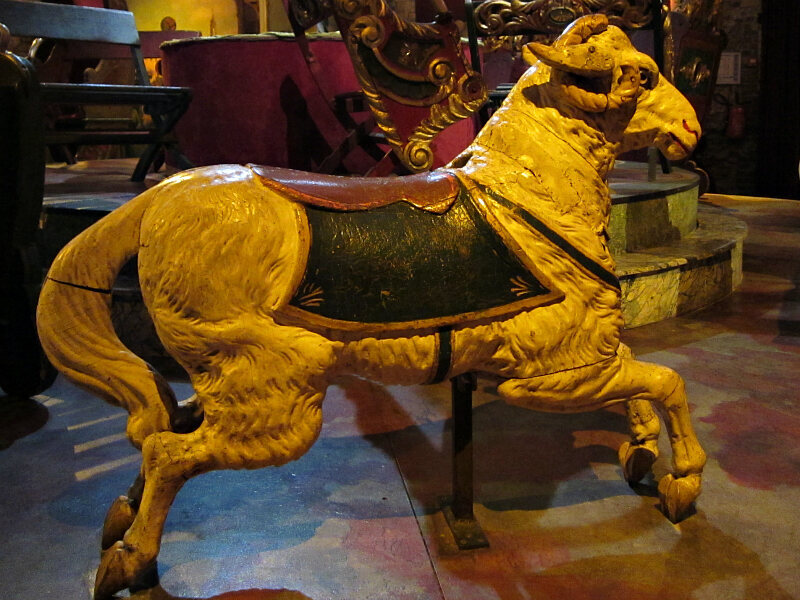 An evil-eyed ram from a carousel. 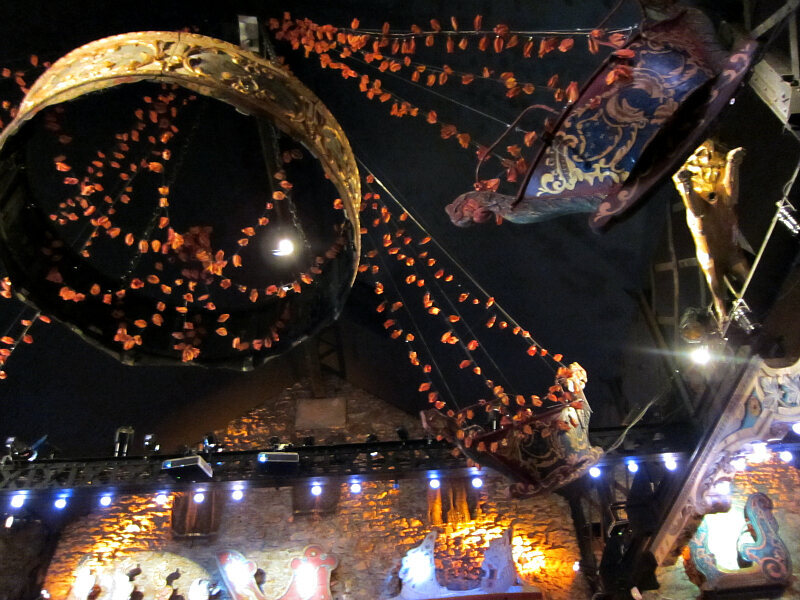 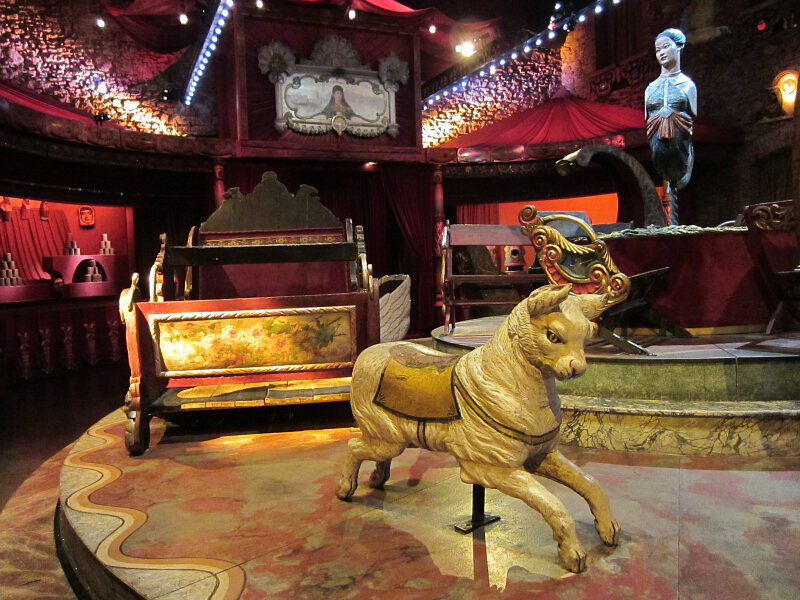 A sort of rabbit creature? 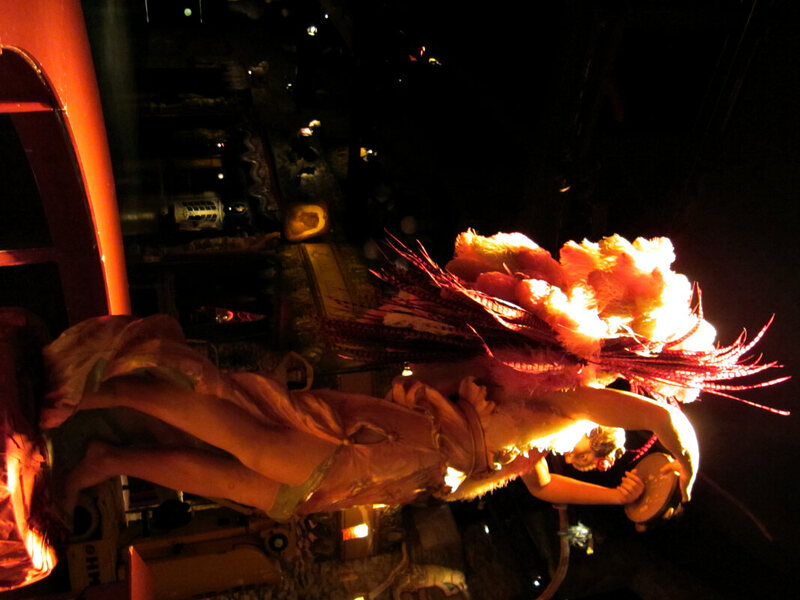 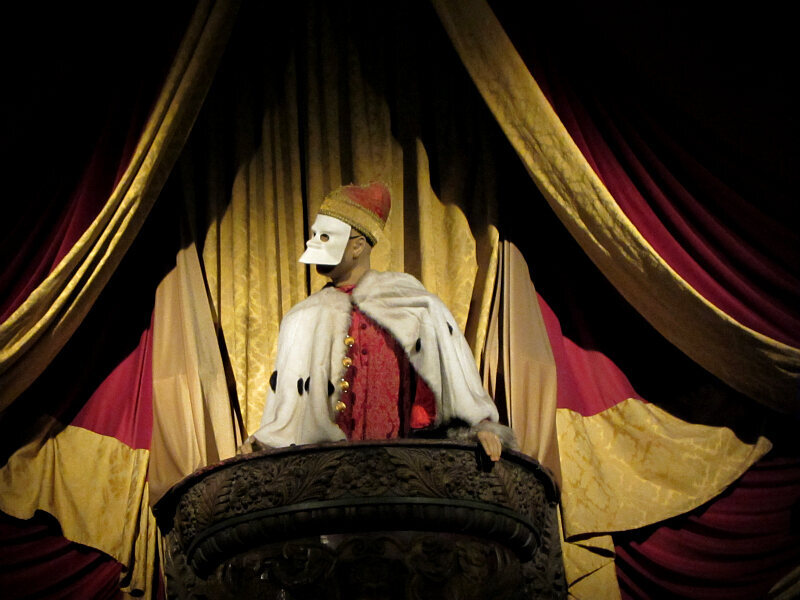 A singing animatronic in the Venetian Salons, with a very Sleep No More mask. 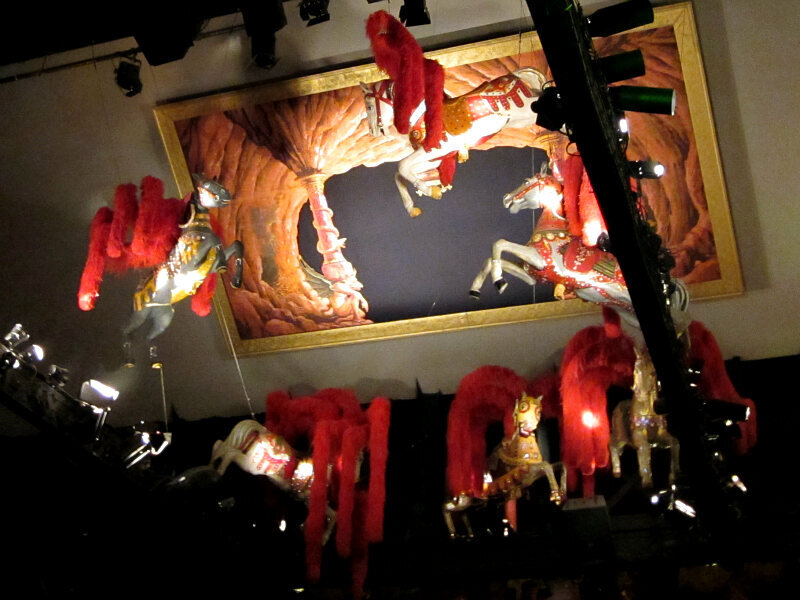 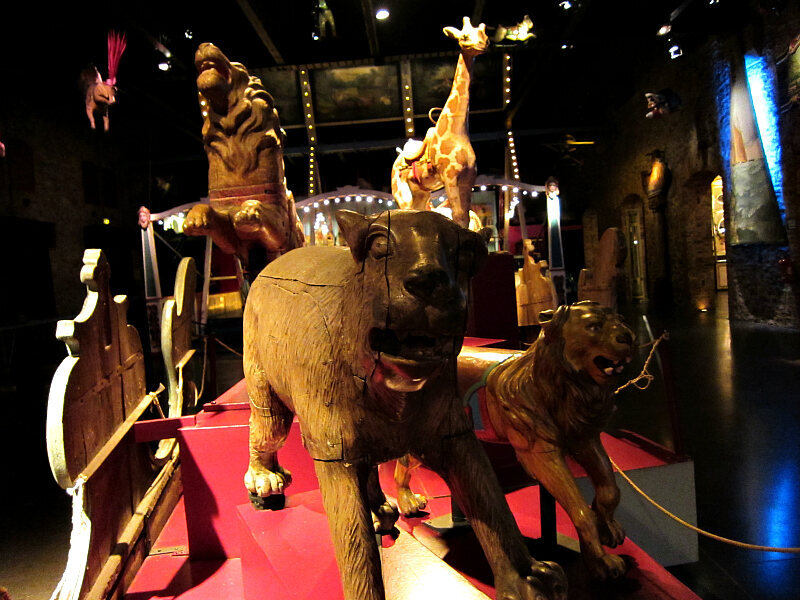 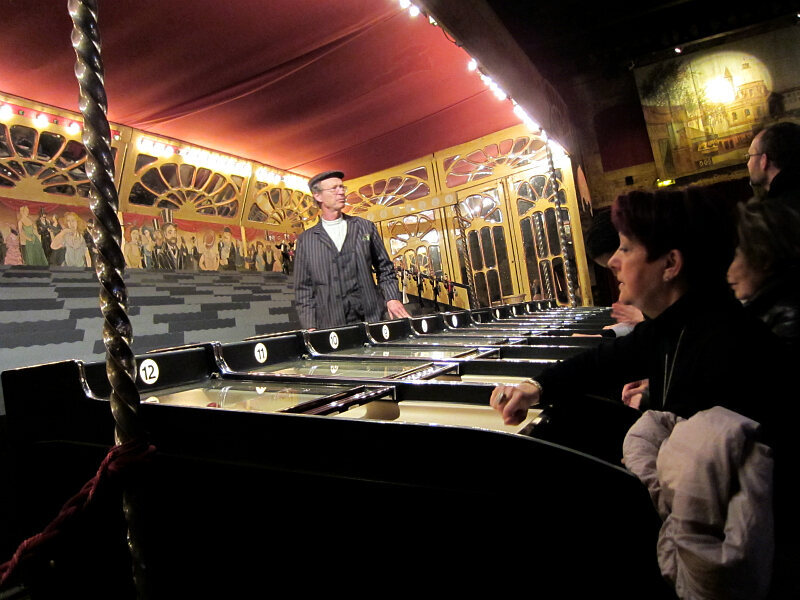 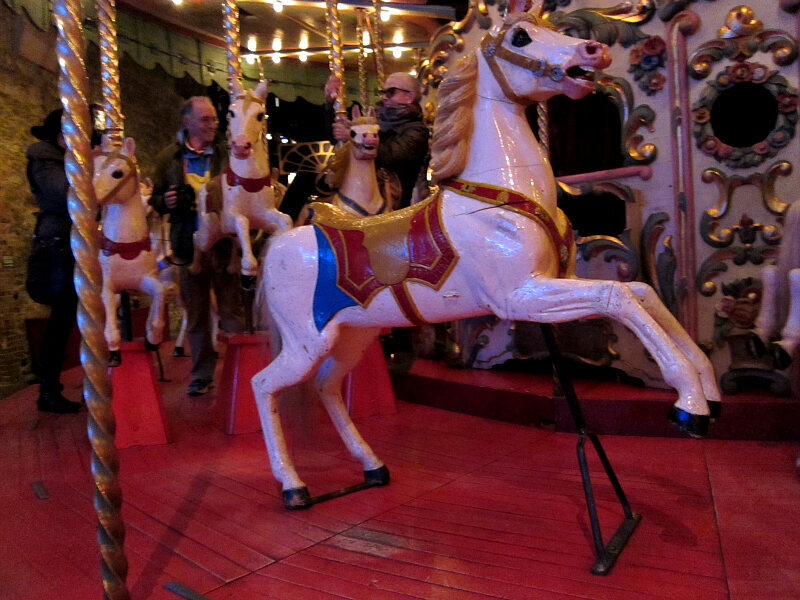 Getting onto the carousel where some of the horses moved up and down. 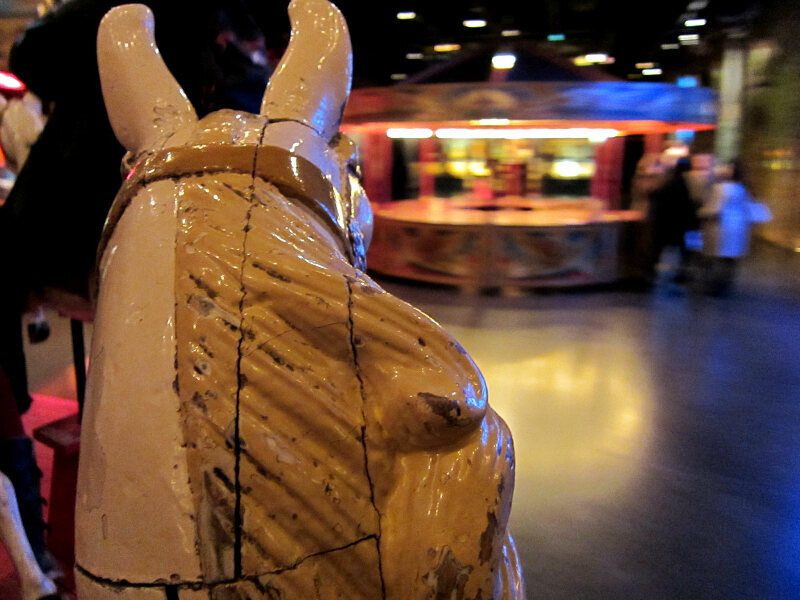 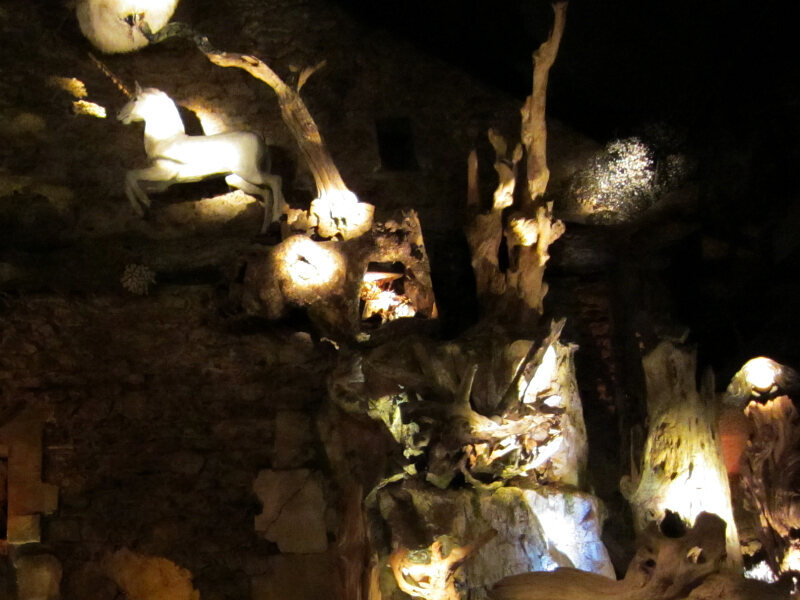 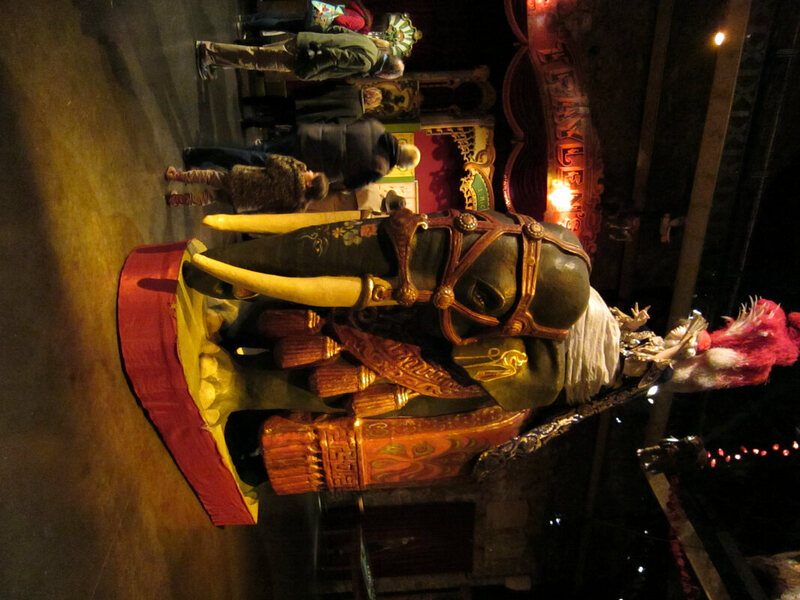 Giant elephant with eyes painted on its tusk! 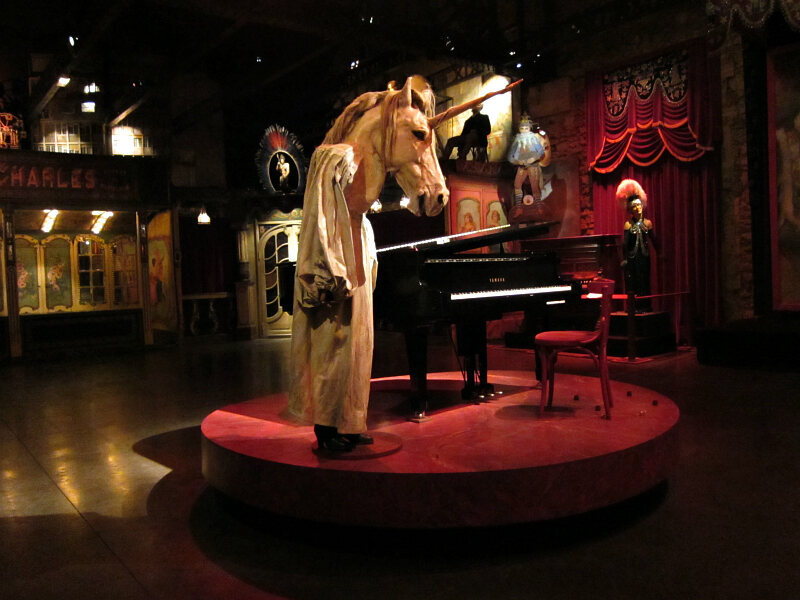 My favorite thing in the whole museum, maybe all of Paris. As if David Lynch decided to direct a movie on a unicorn pianist.

Brought to You By the Manufacturers of Fiberglass Dinosaurs: The Tallest Pope Statue in the World