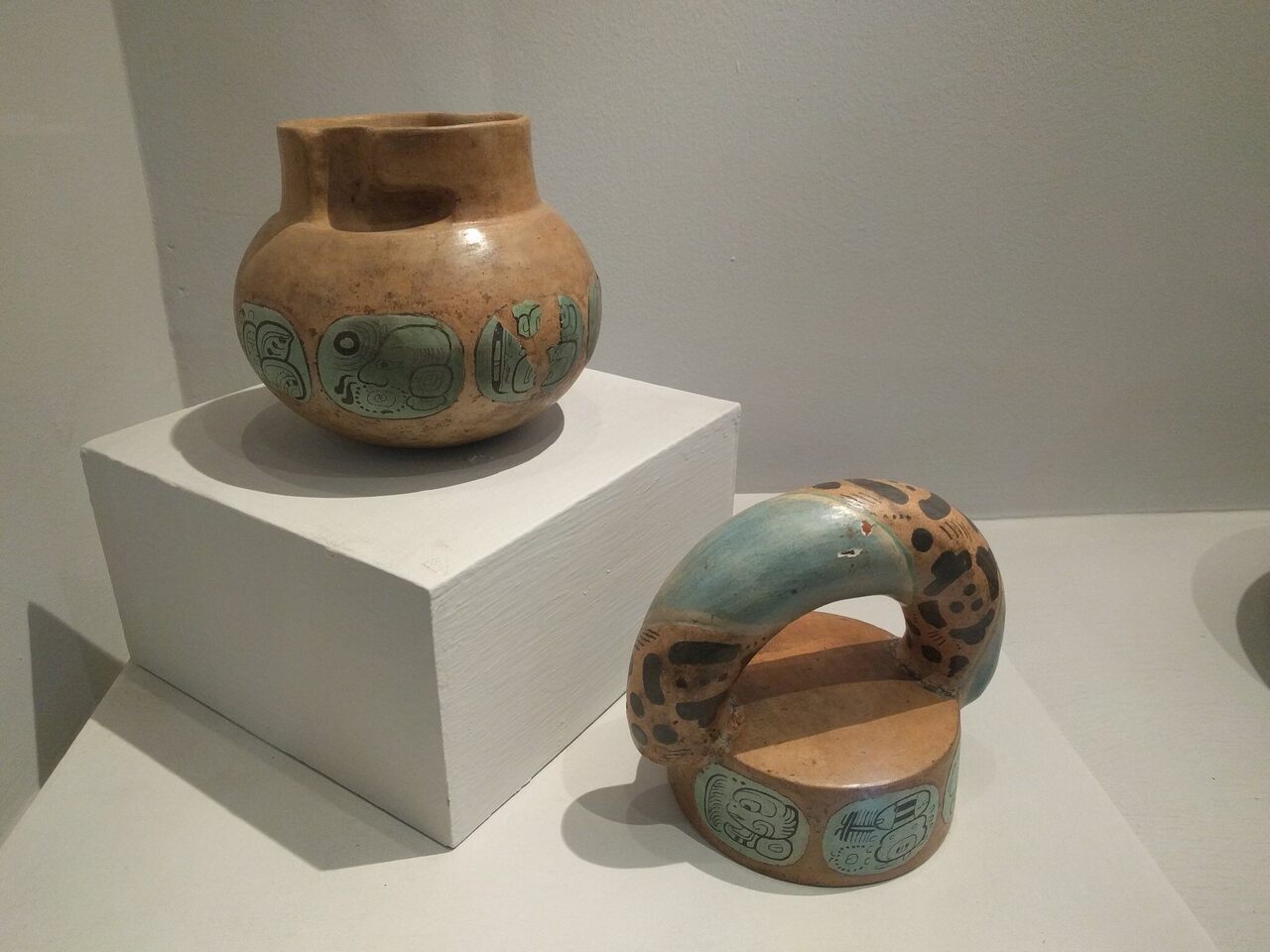 The vessel is now in the collection of the Museo Nacional de Arqueología y Etnología in Guatemala. Courtesy James A. Doyle
In This Story
Destination Guide

During the classical period of the Maya, from approximately 250 to 900 A.D., chocolate was a cornerstone of daily life. It was currency, a ritual ingredient, and a pleasurable drink. But until recently, the details of Maya life were fairly opaque, largely due to the destruction wrought by the conquering Spanish. In the 1980s, after intense effort by Mayanist scholars, there was breakthrough after breakthrough in deciphering Maya glyphs, the written symbols that survived in codices, stone carvings, and pottery. One milestone was the examination of a remarkable ancient vessel, which was found, by an unlikely party, to contain chocolate.

In 1984, archaeologists discovered a pristine Maya tomb in the Río Azul region of Guatemala. Among the royal offerings, they found an exquisite pot. Topped with a twist-top and a handle painted like jaguar skin, it contained an intriguing residue. One member of the excavation told the New York Times that had it been “sold in New York, [it] would bring enough to finance a year’s worth of excavations.” Several Maya glyphs adorned the sides and lid.

It was two of these glyphs that stuck out to Mayanist David Stuart.

Even though he was only a teenager, Stuart was already an old hand. He began studying Maya writing as a young child, and received the MacArthur Fellowship (also known as the “genius grant’) at the age of 18. Now professor of Mesoamerican Art and Writing at the University of Texas at Austin, he recalls it as an exciting time in the field. “Everything was kind of breaking open in those years in terms of deciphering,” he says.

But he has a soft spot for the Río Azul vessel. “I was actually the person they brought on to read all of the hieroglyphs that they found in their excavations, which was a pretty cool job to have,” Stuart says. While Stuart only saw photographs of the pot, he was nevertheless struck by it. “Wow, that is one bizarre vessel,” he remembers thinking. Not only did it have an unusual shape, but the glyphs adorning it were remarkably well preserved. “And then it was like, ‘Wait a minute, two of them spell out the word kakaw.’”

Cacao: that is, chocolate. “It’s one of the few words we use that’s actually Mayan,” Stuart says. The Maya glyph for cacao, as it appears on the Río Azul vessel, looks like a fish. But “it turns out the fish is a phonetic sign,” Stuart says. He recognized that the glyph combining a fish (ka), a comb or fin (ka), and the sign for -w(a) was, of course, kakaw. While Mayanist Floyd Lounsbury was the first to phonetically decipher a cacao glyph a decade prior, deciphering the cacao glyph on a Maya vase was a breakthrough.

Mayanists had long debated the meaning of glyphs upon ceramic vessels from the Classical Maya period. Some believed they had little meaning, while others considered them mostly “prayers, or you know, orations to dead ancestors,” says Stuart. “I was like, ‘Wait a minute, if they’re talking about chocolate, it’s probably not a prayer to the dead.’” Having noticed the same glyph on other vessels, Stuart thought they could be chocolate pots.

The archaeologists and anthropologists working on the Río Azul project mused over whom to send the residue to for analysis. “Okay, well, who knows the chemistry of chocolate really well?” Stuart says with a chuckle. So, they called the number on the back of a Hershey’s bar and got in touch with W. Jeffrey Hurst, an analytical chemist at the Hershey Food Corporation Technical Center. The chocolate company had labs full of PhDs, where Hurst and chemist colleague Stanley M. Tarka tested the residue.

Sure enough, says Stuart, “they ran the chemical signatures, and they were spot on.” Hershey chemists found caffeine and theobromine in the residue. “The only plant or organic material in all of ancient America that can produce those two chemical signatures together are cacao.”

The vessel wasn’t adorned with prayers at all. Instead, it and similar containers were emblazoned with the name of who it belonged to, and its usage. “We realized they’re not writing esoteric stuff. They’re writing down something like ‘This is his cup for chocolate,’” Stuart says. Kings and other elite members of society “were trading them around. They were kind of like souvenir mugs.” The glyphs also reveal that the vessel belonged to K’inich Lakamtuun, an early ruler of Río Azul who likely lived around 400 A.D. Other glyphs refer to two different varieties of chocolate, which perhaps are “long-lost place names that gave particular growing-spots, like our wine varieties,” Stuart notes in an email.

At the time, cacao residue from Río Azul was the earliest discovered chocolate. But that didn’t last long. After Stuart and others published papers on the vessel and its residue, other people started testing ceramics as well. It turned out that cacao was the most common glyph upon Maya ceramics. The Río Azul vessel “jumpstarted a lot of research in the decipherment of what’s written on pots,” Stuart says. Later, Stuart would write that much of the progress in the 1980s and early ‘90s was due to the study of “repetitious and highly formulaic pottery texts.”

While many historians and linguists once doubted that Maya glyphs had much to say, scholars can now read over 90 percent of them, and they have provided historical, political, and anthropological insights. Today, the Río Azul vessel resides in the Museo Nacional de Arqueología y Etnología in Guatemala, having played its own small but sweet role.

The Medieval Toilet Seat That Let You Poop With Friends

This latrine had room for three.
mayanchocolateobjects of intriguearchaeologyfoodhistory
Keep Exploring
food

Solved: The Mystery of an Ancient Maya Massacre

Clues about the victims’ diet cracked the case.
museums

People love food, even when it's behind a glass case.
food

For computer-graphics researchers, it's both a tool and a meme.
Video • Object of Intrigue

This palm fruit has a surprisingly meaty flavor.
Gastro Obscura

The ancestral soup of the Q’eqchi’ Maya packs heat and history.
Gastro Obscura

You'll have a ball with this Latin American specialty.
Related

Weeksville residents set a precedent of self-determination that is still visible at Brooklyn restaurants.
Read more
Thanks for sharing!