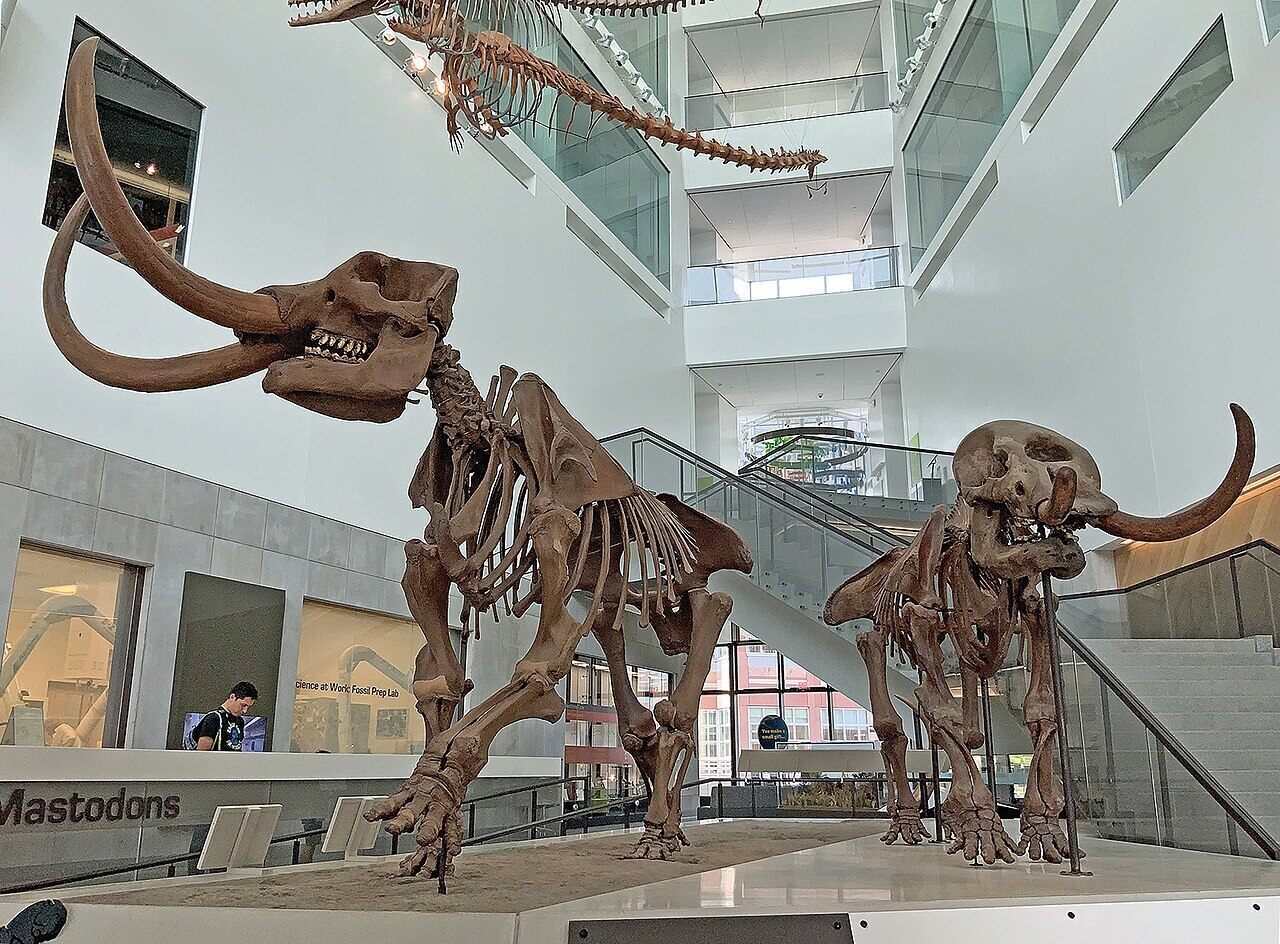 A mounted male (left) and female American mammoth at the University of Michigan Museum of Natural History. Both date to around 11,000 years ago. WolfmanSF / CC BY-SA 4.0

Genetic diversity could shrink as animals venture into new territories because of global heating, leaving them vulnerable to extinction, scientists have warned after tracking the impact of climate change on the American mastodon.

Huge, hairy, and with a pair of fearsome tusks, mastodons resembled stocky, hirsute elephants. The earliest fossils of American mastodons date to about 3.5 to 4 million years ago, with the creatures commonly found in wooded and swampy areas where they browsed on trees and shrubs.

But by 11,000 years ago they were extinct—probably, experts say, because of a combination of climate change and human hunting.

Now researchers say an analysis of ancient mitochondrial DNA has shed new light on the impact of global heating and cooling on the beasts.

“As the temperature warmed, they followed expanding forest and swampy niches as they moved north,” says Hendrik Poinar, co-author of the research from McMaster University in Canada.

But their fortunes reversed with the climate. “As the climate changed, cooling again, they became restricted in the north and couldn’t ultimately handle the environmental change and went locally extinct,” he says.

Crucially, the team found genetic diversity was lower among the animals that moved north. With species including moose and beavers moving northwards today as a result of global heating, the team says the finding is important as it suggests such species could become less resilient to further pressures.

“While it might not have been too big a problem for American mastodons it might not bode well for extant species if the same patterns are true and they trade their southern populations and ranges for new ones in the north,” says Emil Karpinski, another author of the research from McMaster University.

Writing in the journal Nature Communications, Poinar and colleagues report how they analyzed ancient mitochondrial DNA extracted from the remains of 35 American mastodons from across North America.

By comparing the mitochondrial genomes, the team discovered the animals fell into five main clusters, while one formed a sixth on its own. Two of the five main clusters largely encompassed mastodons from Alaska and Yukon. Mastodons from one of these clusters were dated to an interglacial period spanning 130,000 to 80,000 years ago. However, mastodons in the other cluster were far older, suggesting they were part of separate migrations during an earlier interglacial period.

The team says the results suggest mastodons moved north in small numbers on multiple occasions as ice sheets retreated, but died out in the region when the climate cooled and the ice returned—a theory backed up by reduced genetic diversity in these two groups.

Such migrations, the team adds, may have been a widespread phenomenon, affecting other animals in North America at the time such as the western camel.

“Similar processes presumably occurred in Eurasia, with warm-adapted species such as hippopotamuses and hyenas episodically expanding their ranges northward during earlier interglaciations into previously ice-dominated areas like the British Isles and Scandinavia,” they write.

Love Dalén, from the Centre for Palaeogenetics in Sweden who was not involved in the work, welcomed the research. “This is an amazing study that uses ancient DNA to travel back in time to the last time that the Earth was in a period of global warming, 100,000 years ago,” he says.

Dalén says the finding that the northern mastodons were unable to return south when the climate turned cold also holds a lesson: “This is important since it implies that when climate change causes a species’ range to shrink, this is characterized by the extinction of populations at the range margin rather than populations migrating into more favorable habitats.”

What researchers uncovered when they analyzed 43,000-year-old tracks.
science

The country's extensive fossils include early ancestors of whales, the largest mammals on the planet.
forests

Decades of work has revealed a "megadiverse" ancient landscape in northern Peru that was destroyed in a volcanic eruption.
dinosaurs

T. Rex Thrived in a Swampy Home, According to Amber 'Time Capsule'