The Victorian Traderess Who Battled Colonialism and Crocodiles in Africa - Atlas Obscura
Want to see fewer ads? Become a Member. 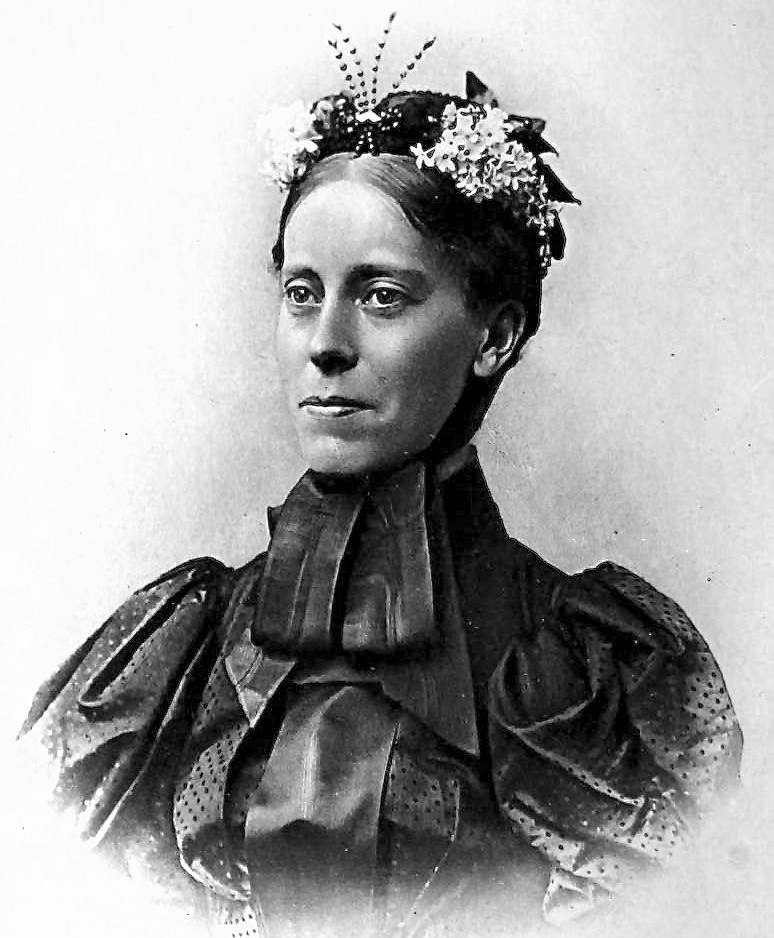 Explorer, trader, and anthropologist Mary Henrietta Kingsley was once saved from a grisly death by her proper and sturdy Victorian skirt. Kingsley, then 31, had been attempting a shortcut through the forest near the West African village of Efoua, when she suddenly found herself at the bottom of a game pit lined with spikes. “It is at these times you realize the blessing of a good thick skirt,” Kingsley states in Travels in West Africa (1897).

“Had I paid heed to the advice of many people in England… and adopted masculine garments, I should have been spiked to the bone and done for. Whereas, save for a good many bruises here I was with the fullness of my skirt tucked under me, sitting on nine ebony spikes some twelve inches long, in comparative comfort, howling lustily to be hauled out.”

Mary Kingsley treated such travel mishaps with self-deprecation and nonchalance, whether she had fallen into a spiked pit or through a villager’s roof. Kingsley lived from 1862 to 1900, though she was not liberated from her domestic duties until the last seven years of her life. Only two of these years, 1893 to 1895, were dedicated to adventure. Yet, within this short span, Kingsley became the first European to explore parts of Gabon, the first woman to summit Mount Cameroon, and the namesake for three species of fish.

On top of that, she wrote two books, one of which was a bestseller that has yet to go out of print, gave lectures drawing crowds in the thousands, criticized colonialism, and condemned missionary work. During her travels, she also found the opportunity to launch a pot at a leopard, smack a crocodile with a paddle, and prod a hippo with her umbrella.

Mary Kingsley grew up in Highgate, England, an armchair explorer in her father’s library of science and travel literature. Though her brother was sent off to university at Cambridge, Kingsley never attended school. In fact, she did not leave England until the age of 26, and then only for a short trip to Paris. It was not until both her parents passed away, in short succession, that she embraced a new independence and endeavored to complete her father’s unfinished anthropological work.

Her father, George Kingsley, had studied peoples in the Americas, China, and India. But Africa posed a gap that his daughter sought to fill, a place that she–and nearly everyone she spoke to–knew nothing about.

After arriving at the port in Freetown, in Sierra Leone, Kingsley integrated herself into the fabric of West African society in an unusual way for an Englishwoman of the day. To begin with, she arrived as an accredited mercantile trader with the firm Hattson and Cookson, carrying with her to Africa the standard cloth, tobacco, and fish hooks to exchange for ivory and rubber. (The few other European women venturing to West Africa at the time came as the wives of missionaries and administrators.)

Although she certainly took advantage of her position as a white woman during her 15 months on the continent, by using local guides and porters, Kingsley arrived with respect for the native cultures and a desire to understand them. Few of her contemporaries showed either of these qualities, and Kingsley was quick to point that out. She recognized, despite her sheltered upbringing, that the Africans she met were better suited to being friends than enemies. “We belonged to that same section of the human race with whom it is better to drink than to fight,” she wrote.

She noticed, too, that though the regions she visited were governed by fetishism—a practice in which spiritual powers communicate through material objects–rather than Christianity, “there are neither asylums, prisons, nor workhouses; yet the same classes—the sick, criminal, and idle—exist, and under Fetish law none of them starve.”

Kingsley quickly realized that African legal, religious, and social structures were being damaged by her fellow countrymen, who were disrupting traditional practices to implement foreign ones. Though she had a poor impression of traders before arriving in Africa, she found that their relationship with locals was often healthier, she felt, than that of missionaries or administrators.

Over the course of two extended trips to the continent, she traveled through parts of modern-day Ghana, Sierra Leone, Angola, and Gabon, all the while collecting fish and insect samples for a zoologist at the British Museum. She was a self-taught anthropologist, entering the field with translators and notebooks, an intense sense of curiosity, and an open mind. Reflecting upon her first few months on African soil, Kingsley wrote:

“One by one I took my old ideas derived from books and thoughts based on imperfect knowledge and weighed them against the real life around me, and found them either worthless or wanting.”

Kingsley viewed the British colonial governments as extremely ignorant; she did not believe that Africa needed to be reformed according to outsiders’ beliefs. That said, she didn’t argue against colonialism itself, but rather against the way it was handled. Kingsley still considered Europeans the more advanced of the two peoples, but thought they were planting themselves in Africa for all the wrong reasons.

Raised agnostic, Kingsley upset the Church of England with her unrestrained disparagement of missionaries. She had been skeptical of missionaries even before her travels, noting that missionary literature did not actually describe the country, but instead discussed “how it was getting on towards being what it ought to be.” She saw missionary work in Africa—the killing of a man’s soul to save his life—as an insupportable practice, and in her writing and lectures, she made that very clear.

Kingsley also made it clear that she was not an “explorer in petticoats” (though technically she was—she never compromised her feminine attire), nor was she a “New Woman.” She argued that women’s suffrage could stay on the back burner while attention turned to still-disenfranchised men. Many see Kingsley’s rejection of feminism as a self-preservation tactic: the label of “feminist” would almost certainly have detracted from and discredited her work in academic circles and geographical societies.

Kingsley died of enteric fever at the age of 37, while volunteering as a nurse during the Boer War in South Africa. She was buried at sea with full military honors.

Today, Kingsley is largely remembered for her strong views and (among ichthyologists) for the fish bearing her name. At the end of her life, Kingsley claimed pride in two things: her hard-earned ability to paddle a canoe like the natives, and scientists’ acceptance of her fish specimens—though most would agree that she has a few other things to be proud of.

“It is merely that I have the power of bringing out in my fellow-creatures, white or black, their virtues, in a way honorable to them and fortunate for me,” she wrote in 1899, a year before she died.

The Perpetually Dying Art Of The Small-Town Obituary

She trained a regiment of women and led armies—with a baby in tow.
aviation

Harriet Quimby and Matilde Moisant were best friends and the first women licensed as pilots in the United States.
dinosaurs

The Scrappy Female Paleontologist Whose Life Inspired a Tongue Twister

After sailing across much of the world, Hannah Snell starred in a one-woman show and became the subject of a bestselling biography.
Video