Should the Clearly Extinct Woolly Mammoth Be Reclassified as Endangered? - Atlas Obscura
Want to see fewer ads? Become a Member. 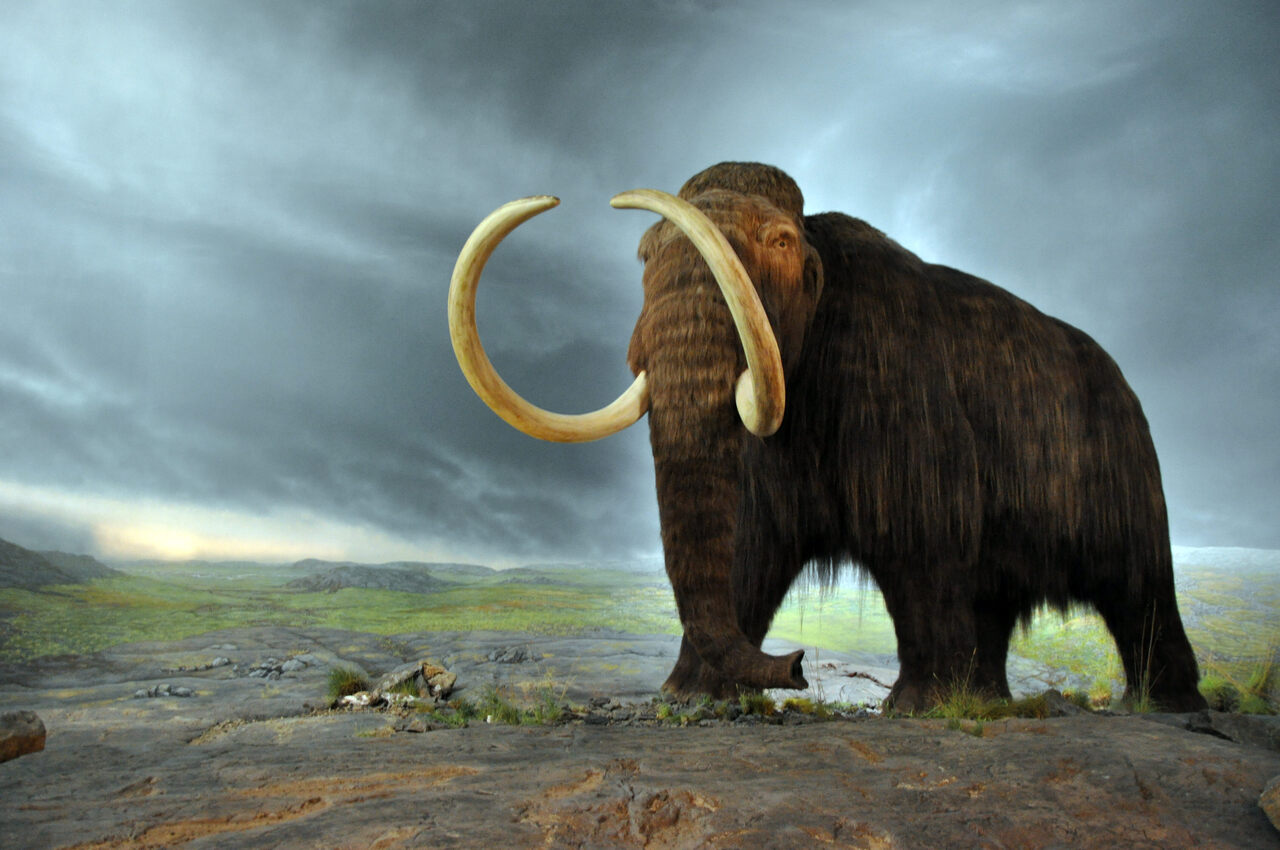 This prehistoric sinkhole lured exclusively male mammoths to their death, much to the delight of science.

If you shaved the wooliness from a woolly mammoth, from trunk to tail, it would still be easy to see its relationship to its extant cousins, the elephants. There’s the overall size and shape, and the prominent head ridge and of course the trunk, and also the tusks—though those actually help distinguish a mammoth from an elephant, since they’re so massive and audaciously curved. But ivory is ivory, and both pachyderms’ tusks sell for a pretty penny, though only mammoth ivory is legal in many markets. By about 10,000 years ago, mammoths were mostly extinct, likely due to a combination of human activity and climate change. And strangely, it’s those tusks that are driving a recent effort to bring the mammoth back.

No, the woolly mammoth is not about to be cloned, though the prospect has been discussed for decades. Rather, regulations put before the Convention on International Trade in Endangered Species of Wild Flora and Fauna (CITES), the international treaty that protects endangered plants and animals, recently proposed that the long-extinct mammoth be listed as an endangered species.

“The CITES gambit is brilliant, although probably doomed to failure,” said Ross MacPhee, a curator of mammalogy at the American Museum of Natural History in New York, before the vote, which took place on August 26, 2019. He was right. It was withdrawn from consideration, after it looked like the proposal would fail, according to National Geographic.

In their day, mammoths ranged across much of the planet, from northern Siberia to Central America. The cool and grassy northern segment of their range—the mammoth steppe, as it’s known—hosted a wide array of furry Ice Age megafauna. It was, MacPhee says, a “good place to be an ungulate.” As the planet warmed, the giant mammoths were forced farther and farther north, until the end, when a small population on Russia’s Wrangel Island was the last one left, holding out until about 1650 B.C. (by which time the Pyramids of Giza were already 1,000 years old).

When mammoths died, many ended up entombed in permafrost, which encased, deep-froze, and preserved their bodies. Now, as the permafrost begins to thaw, more and more of these prehistoric pachyderms—and their spectacular tusks—are emerging, and paleontologists aren’t the only ones picking up the pieces.

“Tons of tusks are found each year, but almost all of them are sold to ivory traders,” says Daniel Fisher, a paleontologist at the University of Michigan who specializes in the paleobiology of mammoths, which he studies through their tusks and teeth. “Doing the science we would like to do to learn more about mammoth ecology and history has therefore become much more difficult over the last couple decades.”

The lack of legal markets for elephant ivory means that the much more lightly regulated mammoth ivory is in high demand, particularly in East Asia. In the Canadian Yukon, Yakutia in Russia, and other northern reaches, mammoth remains are being blasted from the earth by prospectors with water cannons. MacPhee says that this creates big holes in the permafrost, especially in the famous Lena and Yana River deltas, which have yielded some of the best preserved Ice Age faunal remains.

“It’s actually a big deal, this level of mining using water cannons,” says MacPhee. “They’re just going to blast through the smaller animals. And that’s a real pity, because in many cases you probably do have very intact specimens, complete skeletons, and once you start blasting to smithereens, you lose all those connections.”

There are few international legal resources to protect these places, which is why the Israeli delegation to CITES put forward the proposal to put the very extinct mammoth on a list of endangered (but alive) species. They argued that then the trade in all kinds of ivory could be even more closely monitored, which could provide a benefit to living elephants. At the CITES 2016 meeting, Israeli delegates had proposed similar rules, but without the provision that mammoths be listed as endangered. Though extinct animals have been involved in CITES discussions before—the thylacine was featured in regulations as recently as 2016—never has an animal so demonstrably dead been considered in efforts to keep a different species alive.

If the proposal had passed, the woolly mammoth would fall under Appendix II, the classification that covers species “not necessarily threatened with extinction, but [for] which trade must be controlled in order to avoid utilization incompatible with their survival.” Given the mammoth’s situation, the proposal might seem like little more than a stunt. However, once carved, mammoth ivory and elephant ivory are hard to tell apart. Regulating both could curb the practice of “laundering” elephant ivory by labeling it mammoth ivory. Though the proposal was generally regarded as dead-on-arrival, it seems to have had some impact—CITES recently announced on Twitter that it would review the trade in mammoth ivory and how it affects elephants.

“We were disappointed with the result on the mammoth proposal, which would have helped ensure that elephant ivory is not laundered as mammoth ivory,” says Susan Lieberman, vice president of international policy for the Wildlife Conservation Society. “But we are glad that a decision was adopted to further study the issue in a CITES context.”

But many specialists don’t think that the listing of mammoths in CITES would have made much difference beyond drawing attention to the problem. “Someone in Africa who is poaching elephant ivory to make money is not going to stop poaching—it is not as if he/she can just move the operation up north to Siberia,” says Jim Mead, a paleontologist and the director of research at the Mammoth Site in Hot Springs, South Dakota, via email. “The Siberians will make the profit and the Africans will still poach elephants for ivory and an income. Now we are losing both types of ivory.”

At least 20,000 African elephants are killed for their ivory each year, according to the World Wildlife Fund. Though China has closed its legal ivory markets and Hong Kong has plans to do so in 2021, critics argue that the black markets pose just as much of a problem.

Daniel Stiles, a wildlife trade investigator who has spent years following the ivory trade, holds the often unpopular view that the elephant ivory trade should be legal and regulated to combat poaching.

“You can regulate [ivory] and make sure it’s not being overexploited and cause harm to elephants,” Stiles says. “When you have a black market, you have nothing but a black hole. It’s all hidden.”

MacPhee and Stiles have differing views on whether ivory markets should be legal, but both compare the ivory trade to the War on Drugs—expensive, fueled by demand, and extremely hard to win.

“The only thing that’s ever going to change any of this is a change in taste,” says MacPhee, “Meaning that people will no longer want stuff made out of animal parts. It’s anybody’s guess as to what that timeline is.”

Should mammoths be “endangered”? Let us know what you think and talk about the story on our Community forums!

The Dark Past and Unsettled Present of a Paris Housing Project

How a Tiny Plant Made a Big Comeback in West Virginia

The running buffalo clover may soon be removed from the endangered species list.
Video • Object of Intrigue

A hit single is benefiting an endangered species.
Read more
Thanks for sharing!