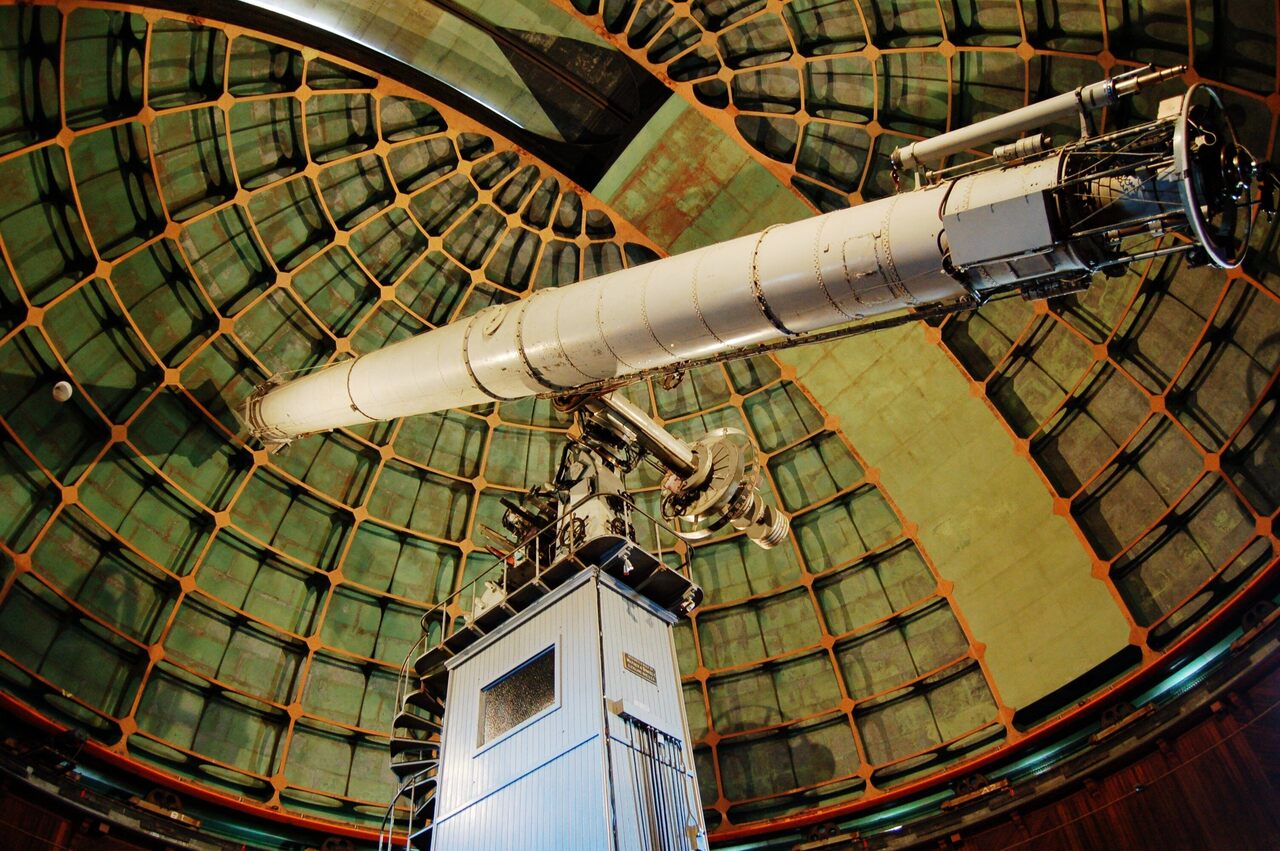 On top of a peak in Santa Clara County, California, in the vaults of one of the world’s first mountaintop observatories, around 150,000 photographic plates bear witness to the early history of modern astronomy. “It’s almost like Aladdin’s cave in there,” says Paul Lynam*, a resident astronomer at Lick Observatory. “There are logs where astronomers record the discovery of entire new worlds. I found a record of Sputnik going over the observatory just two weeks after it had launched in 1957.”

In August, as wildfires swept through California, these treasures of scientific history were almost lost forever. Smoke from the Canyon Zone fire and then the more-threatening Marsh Fire, which rode an unforgiving wind south toward the observatory, shrouded the sky for hours. Then massive flames approached, and the astronomers prepared to flee. “It wasn’t a big surprise to any of us, really, that we’d have to depart,” Lynam says.

Kostas Chloros, the observatory’s superintendent, stayed behind as the researchers-in-residence sought refuge and the Cal Fire team hustled up the mountain. The firefighters used the main observatory building, where troves of astronomical records and photographic plates reside, as their home base. One unused residence was destroyed, and some of the flames that night may have been up to 200 feet high, Chloros said in a late-August press conference. But the archive has apparently survived unscathed. The interior of the observatory was recently inspected for the first time since the fire.

The scientific and historical value of the Lick Observatory is hard to fathom. Chief among Lick’s celestial equipment are the Crossley reflector, an 1895 telescope with a meter-wide, substrate-glass mirror, and the Great Lick Refractor, the most powerful telescope of its day. It was used to discover Jupiter’s fifth moon (the first four were identified by Galileo Galilei two centuries prior.) Though the Crossley reflector is no longer operational, the Great Lick Refractor remains in use, and is now the 3rd-largest refracting telescope in the world; it is a coelacanth of celestial inquiry, a living fossil from an earlier time in astronomical understanding.

Nearly a century before astronauts set foot on the moon, Lick Observatory was also instrumental in producing high-quality photographs of the celestial body on glass plates, some of which sit in its archives to this day. And along with the observatory’s photographic plates are roughly 2,000 original manuscripts and astronomical logs, including the only accurate seismographic reading of the great San Francisco earthquake of 1906—only rediscovered a century after the event.

Completed in 1888, Lick Observatory is older than most of San Francisco. It was named for James Lick, a poor Pennsylvanian who made a small fortune making pianos in South America. Lick sailed up to San Francisco, then called Yerba Buena, two weeks before gold was found at Sutter’s Mill. When the Gold Rush began, Lick bought land by flipping $30,000 in Peruvian gold bullion (just shy of $1 million today) and 600 pounds of Guatemalan chocolate, milled by his friend Domenico Ghirardelli. Lick swiftly became the richest man in the state and launched a philanthropic side career, creating numerous societies, academies, and even a senior home.

In 1860, at the age of 63, Lick attended a lecture in San Jose and was taken by the words of an itinerant astronomer named George Madeira. Lick approached Madeira afterwards about his lecture, and Madeira ended up spending three days at one of Lick’s properties with his traveling telescope. The two presumably stargazed with abandon. “Madeira, so the story goes, said, ‘If I had your money, I’d put a telescope on top of a mountain,’ for the purposes of getting superior quality data,” Lynam says. “We should probably give due credit to this man George Madeira for planting the seed in James Lick’s mind.”

Construction on the mountain began soon after Lick died in 1876*. When Lick Observatory was completed, it was the first permanently occupied mountaintop observatory in the world. Until that point, astronomers had generally studied the stars from city centers and harbors, in part because their observations were connected to timekeeping and seafaring.

The Great Lick Refractor was a major part of the observatory’s early arsenal—a 25,000 pound juggernaut of a telescope that had its own telescope dome. In 1895, the Crossley reflector was shipped across the pond. (At the time, most telescopes used metal mirrors, which easily tarnished.) This gave the observatory powerful examples of the two main types of optical telescopes, along with a robust team of astronomers. “Every major observatory owes its heritage to that technology being deployed at Lick,” Lynam says.

All the while, Lick continued to evolve. Its first electric generator was donated by Thomas Edison. Edwin Hubble visited, as did President Benjamin Harrison and Winston Churchill.

The structure stared disaster in the face well before the recent fires. In 1906, when a major earthquake set off a firestorm in San Francisco, destroying more than 80 percent of the city’s structures, the Lick Observatory seismograph recorded the vibrations. Astronomers at Lick were even able to turn their telescopes down towards the earth, Lynam says, and watch the city burn.

Needless to say, the telescopes were hardly necessary to see the more recent, 200-foot flames frolicking on the very same hillside as the observatory. When the lightning fires engulfed the peak, no one was sure how things would turn out for the storied observatory. Many watched the “HamCam #2” livestream on the nights of August 19 and 20, as fiery plumes encroached on the historic building.

“It’s amazing the observatory survived, considering what happened,” Claire Max, the observatory’s director, said at the press conference. “You could see the flames licking around everything. The firefighters did a fantastic job … The telescopes and the domes seem to be okay.”

Also saved from the fires were documents and original lenses that helped validate Einstein’s theory of general relativity. Because the observatory incorporated photography into its day-to-day telescopic observations, the site was able to collect eclipse imagery that could test Einstein’s theory*. Eclipse expeditions by Lick astronomers helped launch Einstein to superstardom. The archive even has a signed letter, Lynam says, from Einstein to W.W. Campbell, then the director of the observatory, thanking Campbell and his staff for their help in Einstein’s research efforts.

Paul Lynam, for his part, is sequestered in Denver, Colorado, waiting—like the vast majority of the live-in staff of Lick Observatory—for the damage to be assessed, and for the coast to be declared clear. For now, the displaced team has a rotating, 24-hour schedule to remotely monitor the observatory’s back-up generator, while power is restored to the facility. “It’s a soothing project,” Lynam says. “We feel like we’re contributing even from a distance.”

* Correction: A previous version of this story misspelled Paul Lynam’s surname and stated that Lick Observatory was built in two years. It was built in eight. The story also misstated the year of a scientific paper by Albert Einstein.

The Oldest Cookbook in Korean Was Written by a Genius Noblewoman

Astrologers Were the Quants of the Ancient World

Coincidence and correlation in the stars, from the founding of Baghdad to the New York Yankees to COVID-19.
libraries

A Trove of Sad, Funny, and Familiar Stories From the 1918 Flu Pandemic

A UCLA librarian has built a remarkable collection of century-old letters, diaries, and photographs.
television

The Mystery of the Missing Portrait of Robert Hooke

He was a famed 17th-century scientist. Isaac Newton was one of his rivals.
Read more
Thanks for sharing!