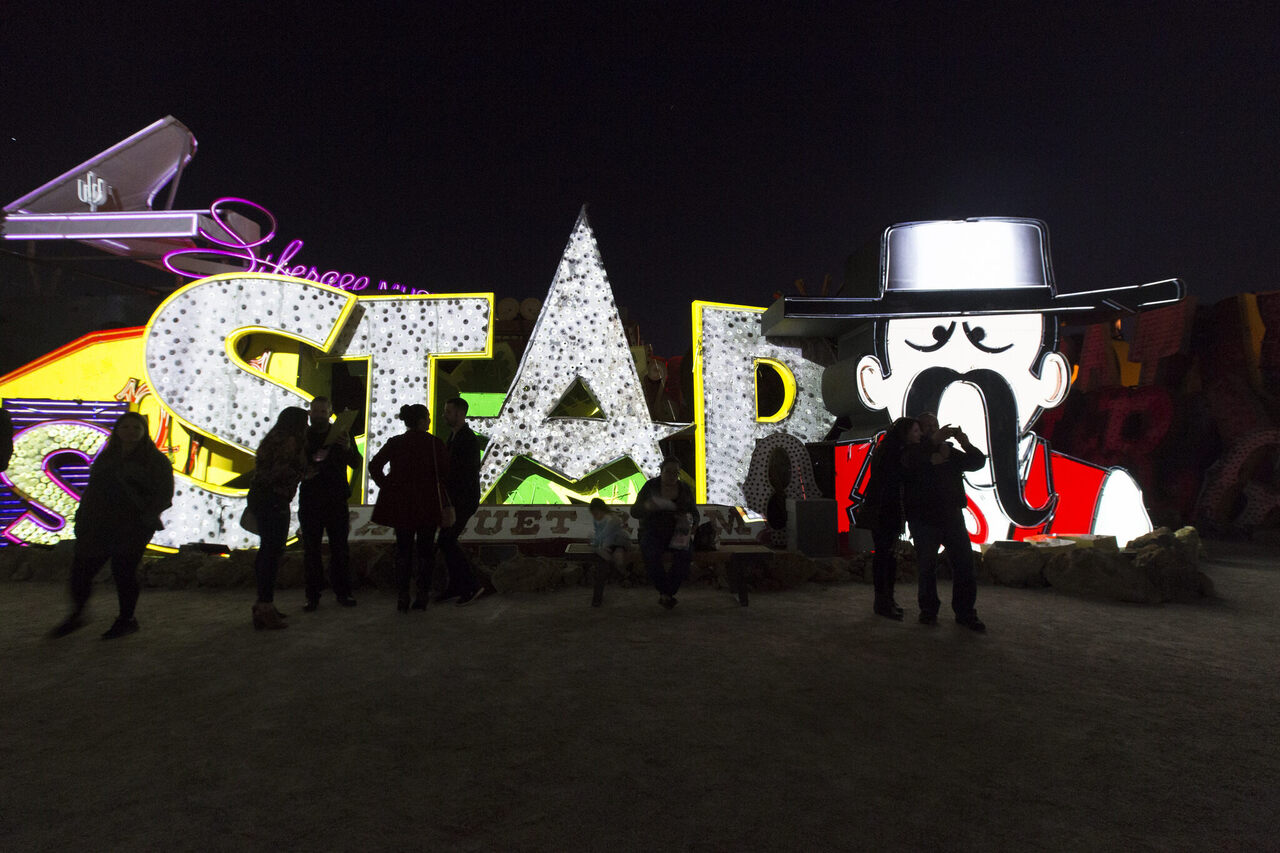 These signs are reanimated through a technology called projection mapping. The Neon Museum
In This Story
Place

The neon signs from Las Vegas' past find their final resting place at this unusual graveyard.
Destination Guide

At Las Vegas’s Neon Museum, the signs in the Boneyard are well past their prime. Once, they lit up the city at night. Now, after years of service, their bulbs hang broken from aging cords or are missing all together.

But starting this week, 40 of these classic neon signs have been reanimated, so that it’s possible to get a glimpse of their former glory.

The signs themselves are still broken and unrestored. Plug them in, and nothing would happen. But the museum worked with an artist, Craig Winslow, to create a simulacrum of light for a new exhibit, Brilliant!

Winslow studied the signs closely and mapped each one, bulb by bulb, in digital form. With a combination of photography, video, and 3-D photogrammetry, he was able to recreate the signs’ light and project it back onto them, so they appear alive again.

This technique, called projection mapping, is less expensive than restoring the signs, but it gives the museum’s visitors a taste of the classic glow of a Las Vegas night.

Hunter-gatherers were more tech-savvy than we give them credit for.
neontechnologynewsmuseums

Watch Astronauts From the 1970s Geek Out With Gyroscopes

Why are these devices so important to spacecraft?
museums

After a fire tore through the institution, visitors' images have become an informal archive of its collections.
museums

6 Unusual Objects From the Macabre History of Magic