How to Turn Plants Into Tinctures, Like an Ancient Alchemist - Gastro Obscura
Want to see fewer ads? Become a Member. 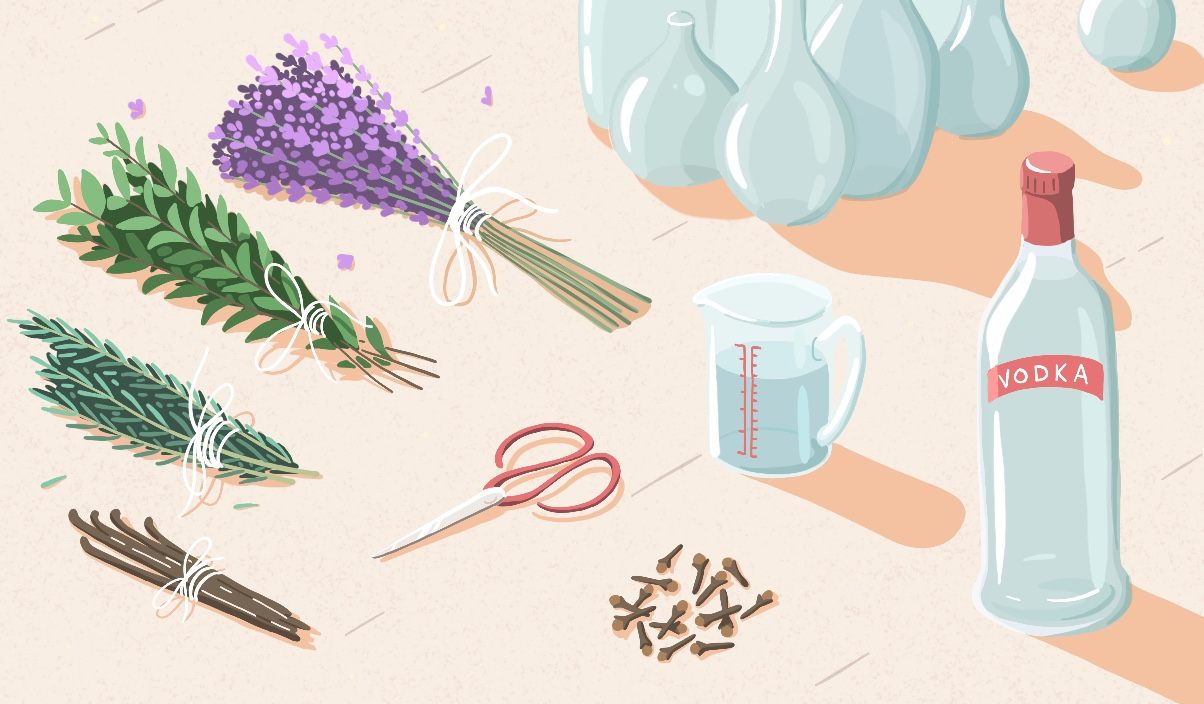 Hieronymus Brunschwig had a cure for whatever ailed you, and it all came down to plants. More specifically, it hinged on coaxing things from them.

In the early 1500s, the German surgeon-alchemist was sure that distillation could do some very heavy lifting when it came to human health. Brunschwig believed that distillation—one method of extracting flavors from flowers, herbs, and other plants, by boiling and condensing water—could calibrate the body, which was frustratingly prone to falling out of whack.

A tall order, but Brunschwig was not one to shy away from an encyclopedic effort. In his book, one of the first printed distillation manuals, he arranged plants alphabetically, and noted their sneaky synonyms. He tallied the afflictions that various plants could defeat, and annotated which portions of flowers, stalks, and leaves were especially potent. He even indicated the months when each plant species were at their most formidable.

“Water of lekes,” distilled from roots in June, may be a balm “after the byrth of a chylde,” he wrote. “Water of lettys,” swallowed at “mornynge and nyght,” could comfort the “lyver.” The book promises drinkable salves for nearly any malady from head to toe, however ineffable. You could distill a remedy for headaches, marital discord, or bad dreams. You might chug some water of dill, or dab a bit on your temples.

There’s a long history here. Ancient Arabic alchemists made tinctures by macerating flowers and herbs, accenting them with spices, and setting them to boil and condense in glass vials over wood fires. By the Middle Ages, distillation was widely practiced by physicians, botanists, and apothecaries. The Victorians were enamored with tinctures, and during the Prohibition era in the United States, when alcohol was hard to come by, moonshiners applied the principles of distillation to make high-octane booze. (In the U.S., it’s still very much illegal to craft your own hard liquor at home, though Americans are permitted to buy and use distillation paraphernalia for other purposes.)

There’s no indication that Brunschwig’s concoctions made good on their many promises; if your marriage is on the rocks, no flower or herb is likely to save it. While herbal remedies remain popular throughout much of the world, they’re not typically tested or regulated the way modern medicines are. As a result, in many places, including the United States, sellers aren’t allowed to market essential oils or other contemporary tinctures as cures for specific diseases.

Theoretical curative properties aside, there are delicious reasons to extract flavors from plants. Compared with the complicated process of distillation, infusion (the method of stewing petals, stalks, or leaves in alcohol, oil, honey, or water) is nearly foolproof. Steeped in tradition, it’s an easy and affordable way to jazz up foods and drinks from trifles to tipples.

We asked Sarah Lohman, a historic gastronomist and the author of Eight Flavors: The Untold Story of American Cuisine, to lay out a recipe for making simple infusions at home.

No need to overthink this—most any herb or flower will do. “Lavender, thyme, basil, you can create whatever you want to add into baked goods, dinner, ice cream, whatever you’re thinking,” Lohman says.

“I guess if you’re really foolish, you could infuse something that’s poison—but just don’t do that,” Lohman adds. Only use plants you recognize. If you’re scouting for wild edibles, use a guidebook or go with a seasoned pro. “If you stick to herbs you find in the grocery store, you should be in good shape,” Lohman adds.

2. Measure out the ingredients

Besides your plant material, you only need high-proof alcohol. The higher the proof, the faster the infusion happens, Lohman says—and if it’s really high, around 180-proof (meaning it’s 90 percent alcohol and 10 percent water), you’ll likely need to cut it with water in order to douse the burn. Vanilla extract, for instance, is 70-proof, so it’s 35 percent alcohol. “You make the infusion at a higher proof, and then you usually add water to bring down the proof to a comestible level,” Lohman says.

If you have a cup of Everclear and a cup of water, for instance, you’ve slashed the proof in half—from roughly 90 percent to 45 percent. For flavored spirits, such as things you’d add to cocktails, you’d want to hover around 20 or 25 percent. Keep on adding splashes of water until you get there.

Place the plastic container in a sunny windowsill, and then leave it alone for at least 24 hours.

Since high-proof alcohol kills whatever microbes cross its path, you don’t have to worry about things getting funky the longer you leave your concoction stewing. “The worst-case scenario is that you make something you don’t like the taste of and you throw it out,” Lohman says. That said, you’ll want to test your infusion daily so that the flavor doesn’t get stronger than you like.

A little clove goes a long way, while something like basil or thyme will be more subtle. To get a punchy flavor, you’ll either need to begin with more plant material or let the infusion sit around longer.

This is where tasting is crucial. A delicate flavor, such as wheatgrass, might take a few weeks to develop, while a more-aggressive lavender comes through in just two or three days—anything beyond that might be overbearing. On the other hand, if the flavor is too toothless, you can keep adding more of the ingredients—one vanilla pod here, a clove there. “It’s a little bit of trial and error,” Lohman says.

As you experiment, keep a log of the tweaks you make. This makes the whole thing replicable, if things go well—and if they don’t, you know what to change in the next go-around.

Once you’ve arrived at the flavor you want, you’ll need to fish out or strain the plant material so that the flavor doesn’t keep evolving.

After that, you might want to pour it into a pretty glass jar. (There are lots of apothecary-aesthetic shops online.)

The finished product makes a creative, inexpensive gift. “At this point, you’ve bought a bottle of vodka, plucked some stuff from the garden, and that’s it,” Lohman says. “It’s a very low-risk at-home hobby.” Not to mention a delicious way to tap into an ancient practice, with a modern twist.

His name was Barry Gfeller, and he left behind an astonishing 50,000 previously unseen images.
everyday wonderobscura academyoilherbsflowersfood

In Southern California, the popularity of white sage threatens its survival.
food

Once used as a survival food during World War II, these flower bulbs are making their way onto restaurant menus.
Video • Wonder From Home