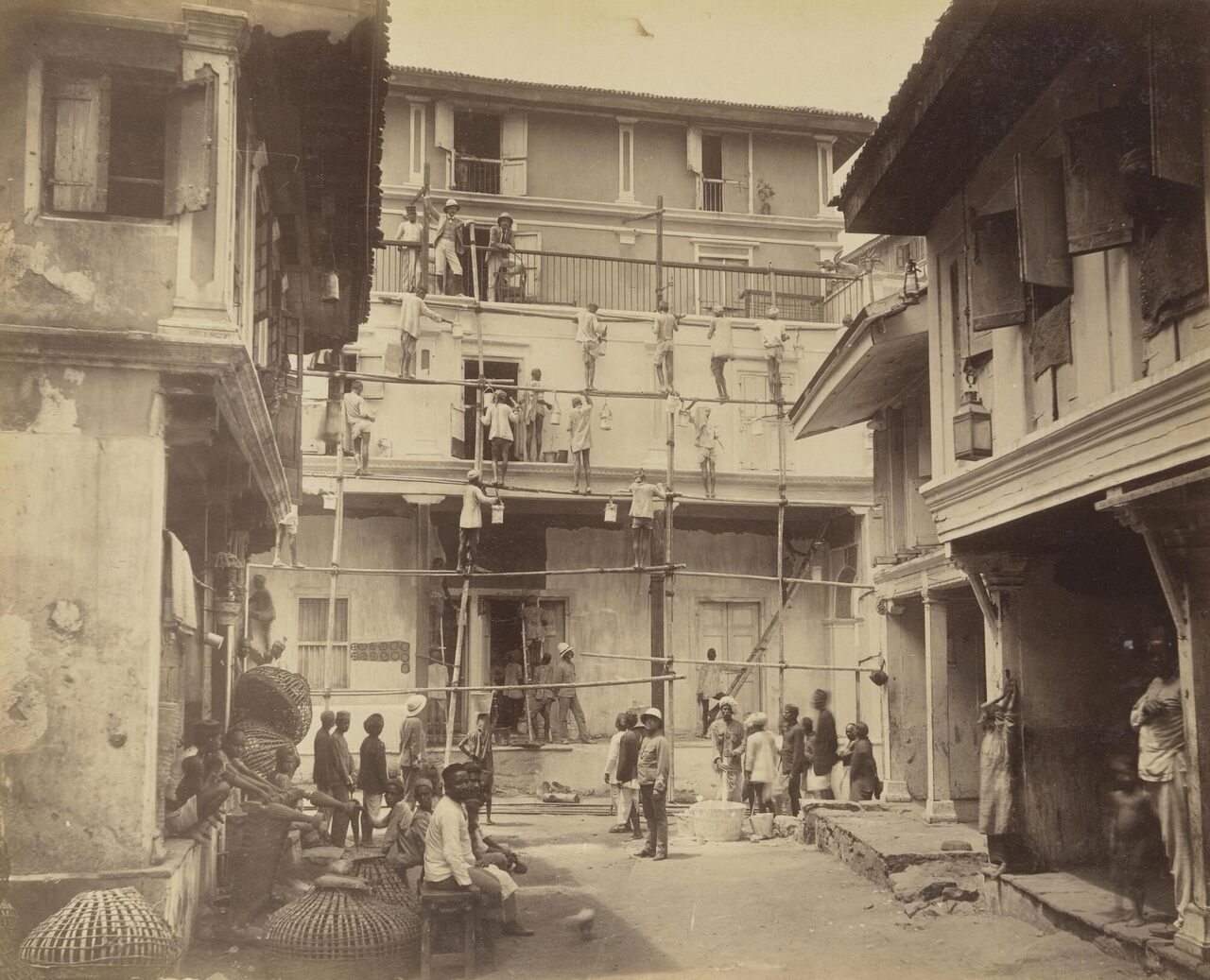 Along the winding lanes of Bandra, a coastal suburb of Mumbai with a history of Catholicism, lime-washed crosses can be found near busy intersections. They are markers of a plague that ravaged the city more than a century ago, when this metropolis was still known as Bombay. Mumbai was shaped by a catastrophe it has largely forgotten.

At the end of the 19th century, the bubonic plague killed 10 million people in India. It was carried on ships from Hong Kong and spread easily in the cramped and damp conditions of Bombay. Soon the port city became an epicenter of a pandemic. When the British colonial government tried to contain the disease, using ruthless tactics such as forced evictions and detention camps, some residents fled; the plague ultimately spread across the country. History was made when a Jewish doctor from Odessa, Dr. Waldemar Haffkine, arrived in Bombay and invented the world’s first vaccine against the plague.

The past seems to be repeating itself during the current pandemic. Eerily similar images have come out of Mumbai, showing an exodus of migrant workers at the start of a citywide lockdown. In response to COVID-19, the current government has invoked the 123-year-old law, which gave the British colonial government absolute control over Indians during the bubonic plague. To Alisha Sadikot, a public historian who specializes in Mumbai’s urban histories and culture, the parallels between 1896 and the present-day are striking. Atlas Obscura asked her about this forgotten past, and how it resonates with the history we are currently living through.

The British wanted Bombay to become the first city of India, and the second-largest city of the British Empire, after London. In the mid-19th century, a period of early modernity and industrialization, Bombay was moving from trading port to world city, defined by its Gothic architecture and impressive monuments. A small, elite group of Englishmen and rich Indians were suddenly living in a place that was grand and awe-inspiring. But this was a facade. It was a showcase city, built on a tiny sliver of land facing the sea, to impress visitors. The vast majority of people who were migrating to Bombay, in response to industrialization, were the poor working class. They moved to the city to work in the mills and the docks, and their standard of living actually declined in those years. The city was not theirs.

How did the plague come to Bombay and why was it particularly devastating there?

The plague had been spreading across China for decades, and announced in Hong Kong in 1894. The bacteria, present in the fleas carried by rodents, travelled from the ports of Hong Kong to Bombay. The city was damp, there were heavy monsoons during those years, and an ineffective drainage system meant that there was a lot of stagnant water, a great breeding ground for rodents. We also had an inadequate sewage system, so there was unsanitary human and animal waste. And during those three decades of rapid industrialization, there was very little thought put into infrastructure. “Chawls,” or tenement housing, was built next to mills, and unskilled laborers set up tents or slums nearby, on unpaved ground. With no building regulations in place, landlords would build without thought to light or ventilation. The way Bombay was structured made its inhabitants particularly susceptible to it, and the plague crisis continued in Bombay for almost 20 years.

How did the British colonial government respond to the outbreak?

The government looked at the outbreak as a problem of the working class and the overcrowded areas they lived in. They went into these areas, found and isolated people who had symptoms or were in contact with patients, disinfected the area, and razed houses to the ground. Their plan was to quarantine, segregate, and disinfect, and they went at it with the full might of the Crown. Effectively, they were displacing people to hospitals and “plague camps,” often forcefully. There was a huge social backlash against this, and migrant workers began fleeing Bombay.

It must have looked similar to the images from Mumbai last month, when crowds of migrants gathered at train stations, attempting to flee. What it meant then was that the plague would spread across India, along the railway lines. It was disastrous for the economy, halting all trade with Bombay. And after 30 years of ignoring what was happening in the city beyond its rich, southern tip, the government finally had to ensure better living conditions for other classes. However, their brutal response to the plague effectively became an attack on the poor and working class.

In the meantime, bacteriologists were trying to find a cure. What was happening in Room 000 of Grant Medical College?

At the time, researchers didn’t really know what they were dealing with. Doctors here were trying to isolate and verify that the bacteria found in Bombay was similar to the one being studied in Hong Kong. Meanwhile, Dr. Waldemar Mordecai Haffkine, a bacteriologist from Odessa, was in Calcutta administering the vaccine he had developed against cholera. After news of the outbreak, he was called to Bombay where he started research in a makeshift laboratory in Room 000 of a government medical school.

Haffkine was successful in growing plague cultures in a high-fat broth made using ghee, or clarified butter, and created a vaccine out of the weakened bacteria. He injected himself with his own vaccine after tests on rabbits were successful. For the next 30 years, this was known as the most effective vaccine in the world. It took time to convince the government officials of the science behind it, but when they were persuaded, they gave Haffkine the Governor’s mansion in central Bombay, where he converted the ballroom into a laboratory and started to scale production of the vaccine.

How did the crisis change the city?

People started coming back to Bombay by the 1910s, when they realized that the plague was everywhere. The question of how the city would change was an important one for the government. It’s a question we’re asking even now—how will cities adapt after COVID-19?

In 1898, the British set up the Bombay City Improvement Trust, a government city planning body. They began barreling through old neighborhoods and creating public spaces—especially streets under which they were able to lay drainage pipes and sewage lines. They were breaking down homes and displacing people, and they never found a way to rehouse those communities.

Their next approach, which took them almost a decade, was to create planned suburbs, catering to the middle classes. They took areas that were previously “plague camps” and put in the skeleton of sewage lines, roads, public transport, amenities—whatever people might need if they were to live there. This period saw more banks, jobs, colleges, parks, religious spaces and railway lines crop up, all within the neighborhoods. Today, more people are thinking about going back to this idea of self-sufficient neighborhoods, and that was the legacy of the Bombay City Improvement Trust.

Since you give walking tours of the city, what strikes you as portentous about the history of the Bombay plague? And why is it forgotten?

The plague history is a part of every walk I conduct, because you can’t understand the city without the plague. In Bandra, plague crosses with marble plaques say something like, “For protection from the pestilence.” But most people don’t notice them. To me that’s the strangest thing about the plague history—no one remembers it. It changed the way we were building and living. Bombay suffered for 20 years. Why have we not learned from the past?

For centuries-old bars, a pandemic is nothing new.
quarantine

The Black Death in Venice and the Dawn of Quarantine

Metal phalluses and vulvas were thought to protect against disease.
Read more
Thanks for sharing!