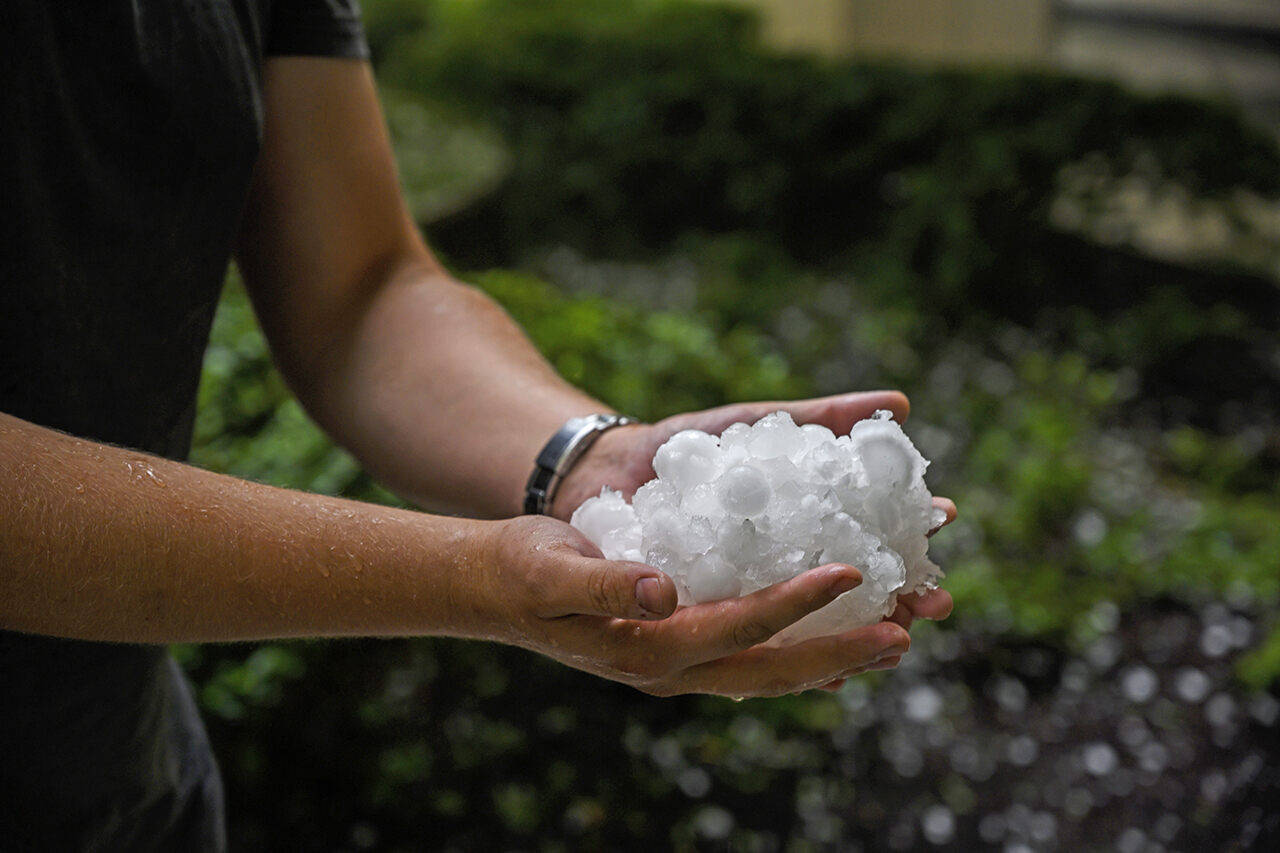 Earlier this week, the Australian capital of Canberra was pelted with hail the size of golf balls. Before the icy deluge, the city had been enveloped in smoke from the bushfires that scorched tens of millions of acres in New South Wales and beyond.

Australia is in dire need of precipitation, to end a drought that helped kindle the devastating fires. The landscape badly needs new growth, too: Vulnerable animal populations are currently grazing on human handouts. But hail? If anything, that’s more like “adding insult to injury,” says Kelly Mahoney, a research meteorologist at the National Oceanic and Atmospheric Administration’s Earth System Research Laboratory who studies extreme precipitation. Big, severe thunderstorms that drop hail, she says, are “adding additional destruction to a region that cannot take it right now.”

Hail is, of course, made up of frozen water, and when it melts it nourishes plants. But the hail poses a danger, too: When it crashes into the ground, it can thwack and maim seedlings, injure or kill animals, and destroy property. “The damage caused to vegetation by hail exceeds its benefit as a source of water,” writes Janette Lindesay, a climatologist at the Australian National University, in an email. “In the Canberra hail storm, leaves were stripped from trees and smaller plants were badly damaged. Most plants recover quite quickly after hail storms, but young and/or delicate plants could be damaged beyond recovery.”

A single powerful storm “is not sufficient to ameliorate the drying effects of years of below-average rainfall, above-average evaporation, and reduced vegetation cover,” Lindesay writes, and it could even do more harm than good. Fires lead to changes in the soil that create a temporary seal on the crust, Mahoney says. This eventually peels off, blows away, or is disturbed by humans or animals, she says—but while it’s in place, it’s difficult for water to get through. That means that a one-off downpour isn’t going to be helpful, especially if burned vegetation is no longer holding the earth in place. “Vast expanses of burned soil are ripe for things like landslides,” Mahoney says.

Instead of a dumping of hail, what the region needs are visits from “lovely, slow, soaking rains,” Mahoney adds. Over time, a little goes a long way. “A rainfall total resulting from numerous days with light to moderate rainfall is more likely to lead to water infiltrating into the surface and alleviating dry conditions by replenishing soil moisture, than the same total from just one or a few days of rain,” Lindesay writes. The recent storm only dropped about a quarter-inch of rain over Canberra, she says. To raise water levels in local storage dams, she writes, they’re going to need at least four inches.

The underground menace is now a reminder that people should be kinder to their pipes.
stormsweatherfiresdisasters
Keep Exploring
disasters

And budget cuts allowed it to spread.
haunted

What a South Carolina Ghost Story Says About Hurricanes and History

The Gray Man was a warning that it was time to leave.
nature

Photographing the Unbridled Power of a Supercell Storm

Nature at its most tempestuous.
Video • PinDrop

2017 Brought Disasters, and Brought Out the Best in People

When wildfires, earthquakes, floods, and other crises delivered one wallop after another, bravery, kindness, and creativity fought back.
Read more
Thanks for sharing!