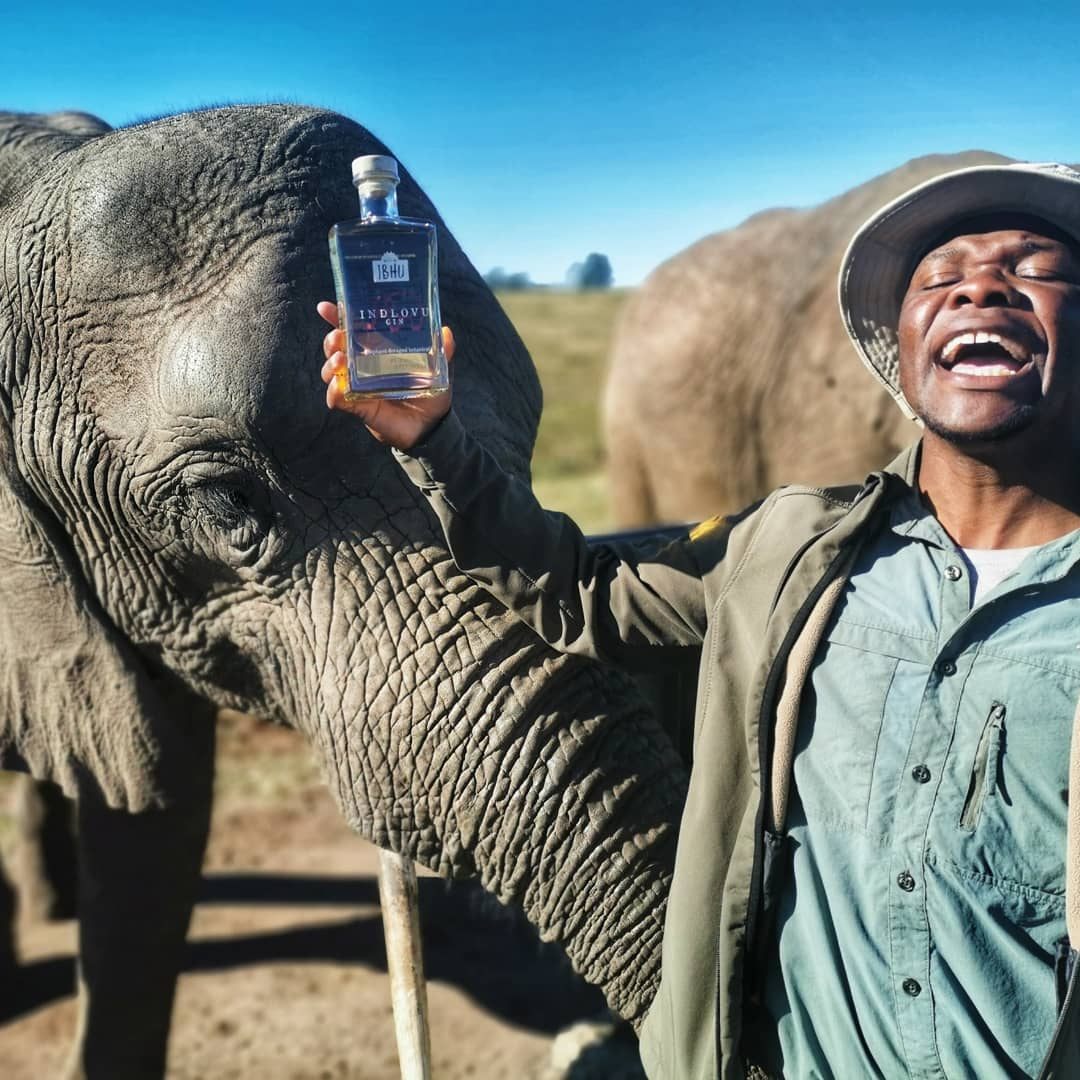 A South African couple is now bottling gin infused with elephant dung. If there’s no easy way to say it, there’s an easier way to drink it. Co-founder Les Ansley recommends it straight, on the rocks.

Liquor stores and restaurants across South Africa and now Europe are selling out of their Indlovu Gin, Zulu for “elephant.” Skeptics may pooh-pooh what comes across as a novelty item, but tasters far and wide are praising a uniquely smoky, woody, earthy flavor that comes from the unlikeliest of ingredients.

The idea came to co-founder Paula Ansley after visiting Botlierskop Game Reserve, home to a herd of majestic African elephants. There, the couple learned that only about 30 percent of the animals’ bush diet of fruits, nuts, flowers, leaves, and bark is actually digested. The animals leave behind an undigested mass of flavorful botanicals in their giant clods of poop.

The husband-and-wife team, professors of physiology and immunology respectively, requested a bag of feces from the very reserve that inspired the strange brew in the first place. After much experimenting, they learned that if they dried, washed, sterilized, macerated, and redried the elephantine turds, they were left with an herbaceous smattering of African aromatics that could be safely infused into a base gin. (“Think of it as a teabag,” says Les.) The experiments took place under the watchful eye of South African spirits master Roger Jorgensen. To balance such a counterintuitive flavoring process, the couple needed a truly exceptional product. “If you’re going to make gin from shit, you can’t make a shit gin,” says Les.

So far, critical reception is united in praise. Gin connoisseur and South African native Christine Perrett has sampled over 220 gins, the world over. “I’ve got 10, 15 staple bottles I always keep in my cabinet,” she tells me over the phone. “Indlovu would absolutely be one of them. They’ve taken African botanicals and balanced it so well. To be able to take a gin neat says a lot.” This year, the Ansleys’ unthinkable gin won Double Gold at South Africa’s Craft Gin Awards.

The gin is enjoying healthy sales across South Africa and breaking into markets in Germany and Belgium, all while wearing the curious infusion on their sleeve. An elephant graces the label of each bottle of Indlovu, framing the phrase “Elephant-Infused Botanicals.”

As a two-person operation, the Ansleys collect their key ingredients from the reserve by hand—the cost of keeping overhead low. The good news is that the raw materials are endless. With each elephant producing 80 kilos of flavor-rich feces daily, “we’re not running out of botanicals any time soon,” says Les.

A perhaps less obviously unique facet of Indlovu comes from the fact that, given the variation in elephants’ regional and seasonal diets, no two batches will taste exactly the same. As such, each bottle will be labelled with the GPS coordinates and date on which the dung was collected.

The couple is careful, however, to repay the animals for their daily deeds. “We can’t just take; there needs to be a symbiotic relationship,” says Les. They donate 15 percent of Indlovu’s profits to the Africa Foundation, an organization dedicated to animal conservation and ranger training—a cause that man and animal alike can get behind.

In Angola, Conservationists Make the Case for a Massive New National Park

It’s taken a lot of outside help, but a national park has come back from the brink.
science

A conservation biologist in Argentina once hosted one of the animals in her living room, but finding them in the wild has proven far more difficult.
Video • Wonder From Home

A South African bar inside a hollowed out 6,000-year-old Baobab.
Condom, France