The Sights, Sounds, and Smells of Rural France May Soon Be Protected by Law - Atlas Obscura
Want to see fewer ads? Become a Member. 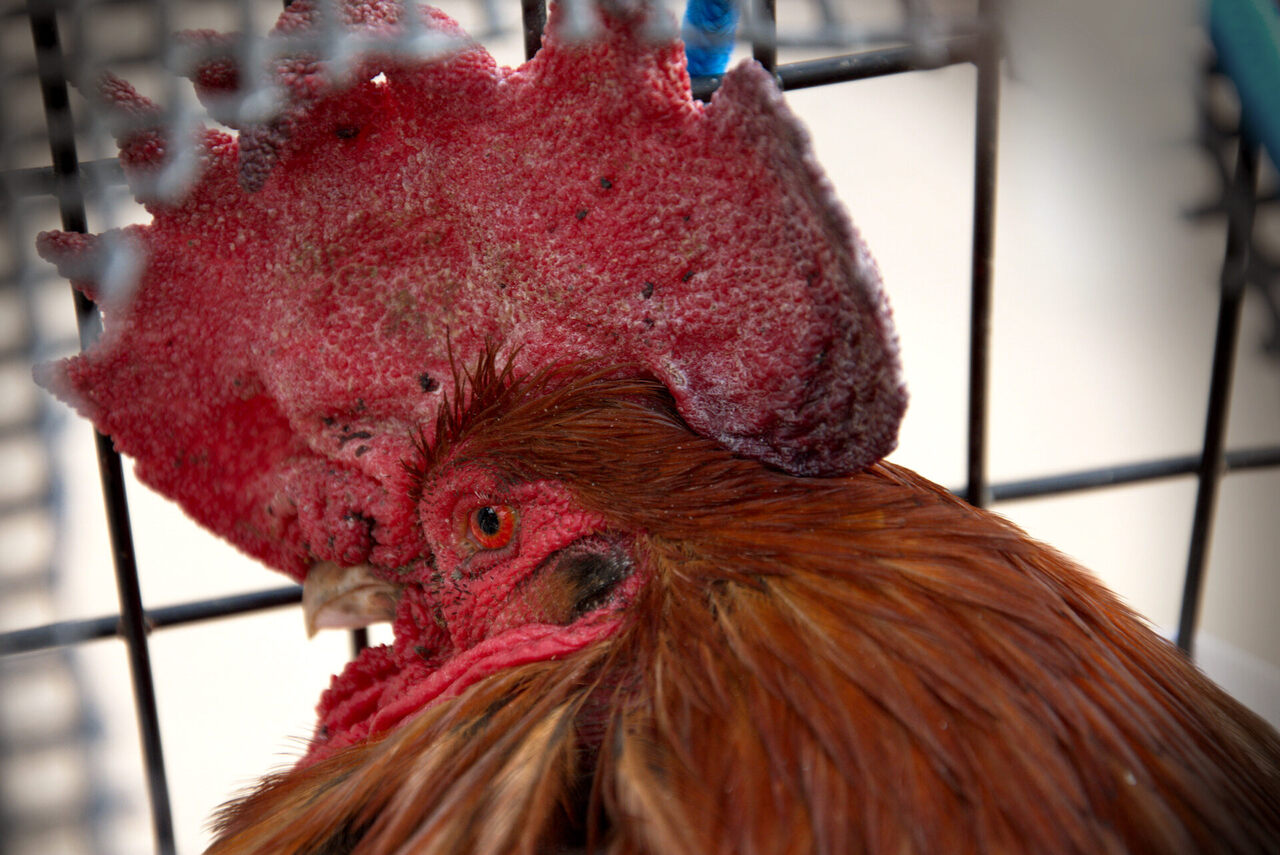 When Corinne Fesseau first got Maurice—named after her grandfather—she assumed the tiny chick would become a chicken, like the one already in her backyard. But pretty soon Maurice grew into a beautiful Gallic rooster, and, as roosters do, he began to crow, sometimes as early as 6:30 or 7 a.m.

Fesseau has lived in a semi-rural area on Ile d’Oléron, an island off the Atlantic Coast of France, for the last 35 years. Every summer, the island’s population of 22,000 balloons to more than 200,000 as droves of tourists arrive to enjoy Oléron’s many beaches and forests. Two of those tourists—a retired couple who owned a house behind Fesseau’s and visited for a couple of weeks every year—filed a noise complaint. The town’s mayor and Fesseau’s neighbors sided with Maurice, and in September 2019, a judge ruled in the rooster’s favor: Maurice could continue to crow. The dispute garnered national and international attention, including a write up in The New York Times, which made Maurice the most famous rooster in France.

Maurice became the symbol of what many in France see as a larger conflict. As “neo-rurals” move from cities to small villages, and cities themselves expand to encroach on the rural communities that surround them, more complaints against the sights, sounds, and smells of country living have made their way to French courts and into local newspapers. There were the vacationers who wanted to exterminate the buzzing cicadas on their property in Provence, the woman sued by newly arrived neighbors for raising ducks—which she’d been doing for 36 years before the neighbors moved in—and a seven-year legal battle over noisy frogs in a backyard pond.

With many of these complaints, the mayors of these small rural communities are asked to step in, though most are reluctant to do so—the mayor in Maurice’s case refused to hear the neighbors’ complaint. Some of these fed up mayors have begun posting signs in their villages to warn visitors that things like church bells, roosters, and flocks of sheep are all part of the rural package. “If you can’t handle that, you’re in the wrong place,” one reads.

In Les Bondons, a tiny village of less than 200 people in Lozère, one of France’s most rural departments, a family on vacation from Paris demanded that the village turn off the morning church bells during their stay. Mayor Francis Durand refused. “It’s part of the sounds you hear in the countryside,” he told them. “We aren’t going to turn them off just because you’re here.”

It was this last case that first reached Pierre Morel-à-L’Huissier, the député who represents Lozère in France’s National Assembly, and pushed him to intervene. “It’s a topic that makes people smile in the beginning, but that in reality goes much deeper than people realize,” he says, through a spokesperson. “It touches on some complicated considerations between rural life and urban life.”

In September 2019, Morel-à-L’Huissier presented a new law proposition to the French National Assembly: The Law Protecting the Sensory Heritage of the French Countryside. In doing so, he introduced a new concept—“sensory heritage”—into the French legal system. For the first time, the sounds and smells that animals like Maurice make will explicitly be protected under the law, and recognized as an integral element of a place.

Isabelle Chave, who works at the Directorate-General for Heritage at the French Ministry of Culture and whose team helped craft the final version of the law presented to the National Assembly, says the term “heritage” has special implications. “When we call something a heritage, it implies that there’s a desire to protect that thing,” she says. “We use the term heritage when there’s a sense of urgency, a feeling that something is being lost.”

In January, the proposal was approved unanimously by the National Assembly, and now needs to be voted on by the Senate—which has been delayed because of COVID-19, though Morel-à-L’Huissier hopes the law can still be passed in 2020. “France has its own special riches, and we need to protect them,” he says.

He hopes the law will give small-town mayors legal backup—and hopefully stop these lawsuits from even reaching the courts. “The goal was never to oppose newly arrived ‘neo-rurals,’ and rural people,” he says. “But we wanted to offer some legal protection, and at the same time to recognize a specific French heritage, in order to avoid these unnecessary court cases.”

The notion of “sensory heritage” is new, and has not yet been well defined, Chave says. But in recent years, museums and cultural projects have increasingly moved towards sensory experiences that promote heritage by engaging visitors in new ways, and have become more interactive by inviting visitors to touch or even smell exhibits, such as the fragrance workshops at the International Perfume Museum in Grasse.

Chave also adds that the new law gives small-town mayors a specific text that they can refer to. “Because the law proposition is explicitly called ‘protection of the sensory heritage of the French countryside,’ it allows mayors from these rural villages to feel that this law concerns them, that it’s made for them.”

Recognizing this sensory heritage legally also warns people who arrive in a rural village—to visit or stay—that they need to respect the way of life there and tolerate every crowing rooster, early morning church bell, and pile of cow dung. “It pushes the people who arrive in a community to treat it with respect,” she says. “That community had a life before them, and people have a certain way of living, with their own traditions that visitors are inserting themselves into,” she says. “It forces them to have a certain amount of respect, and that’s important.”

Maurice the rooster did not live to see his cause enshrined in national law. He died from natural causes in May 2020. But crowing on Ile d’Oléron continues: Fesseau has already adopted Maurice 2 to replace him. “Life goes on,” she says. “The countryside can’t live without its noises. That’s just how the countryside is.”

A symbol both of chaos and order, the wolf came to represent many things for the Vikings.
travel

Join us for a daily celebration of the world’s most wondrous, unexpected, even strange places.
medieval

The Quest to Recreate a Lost and ‘Terrifying’ Medieval Mead

Bochet vanished for centuries, but meadmakers are bringing it back—at least in spirit.
war history

Plants, Heavy Metals, and the Lingering Scars of World War I

A closer look at the hardy residents of some of our most damaged landscapes.
List

5:27
Want to see fewer ads? Become a Member.
From Around the Web
Atlas Obscura Trips
The Culinary Crossroads of Marseille
View This Trip
Thanks for sharing!